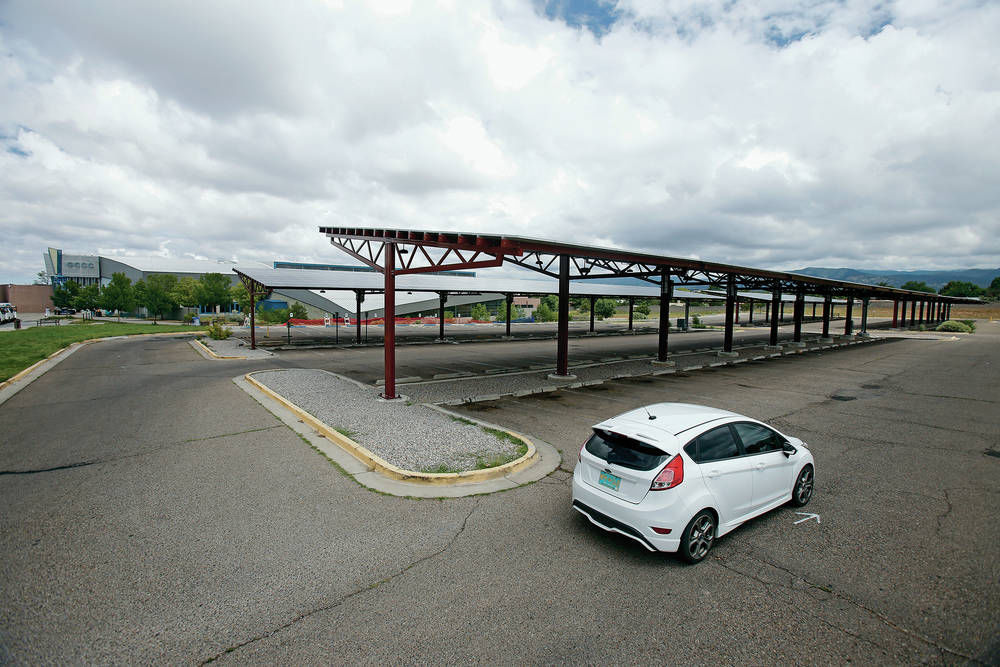 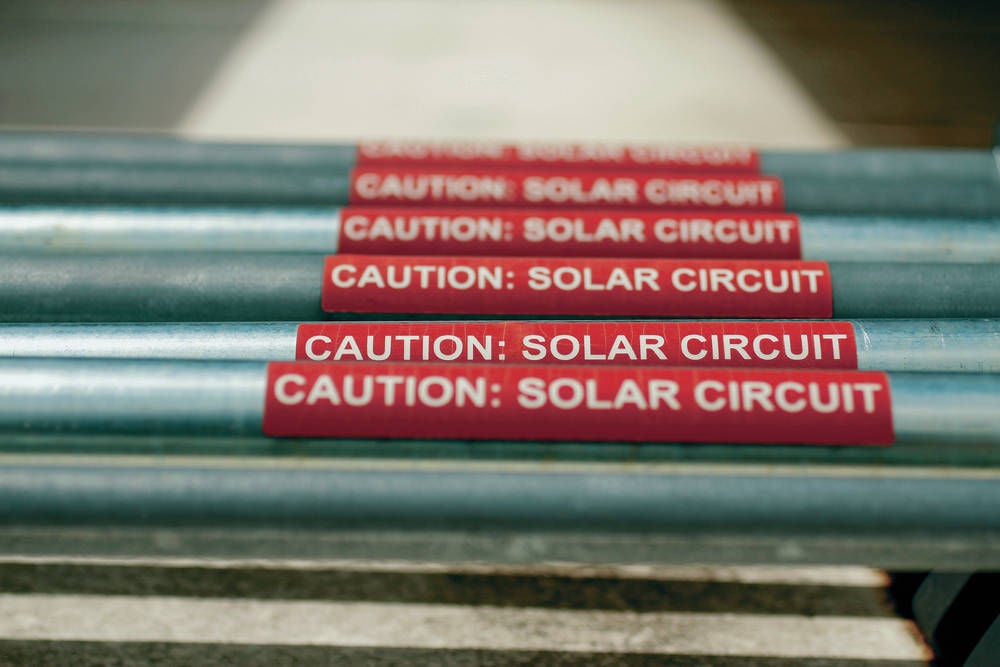 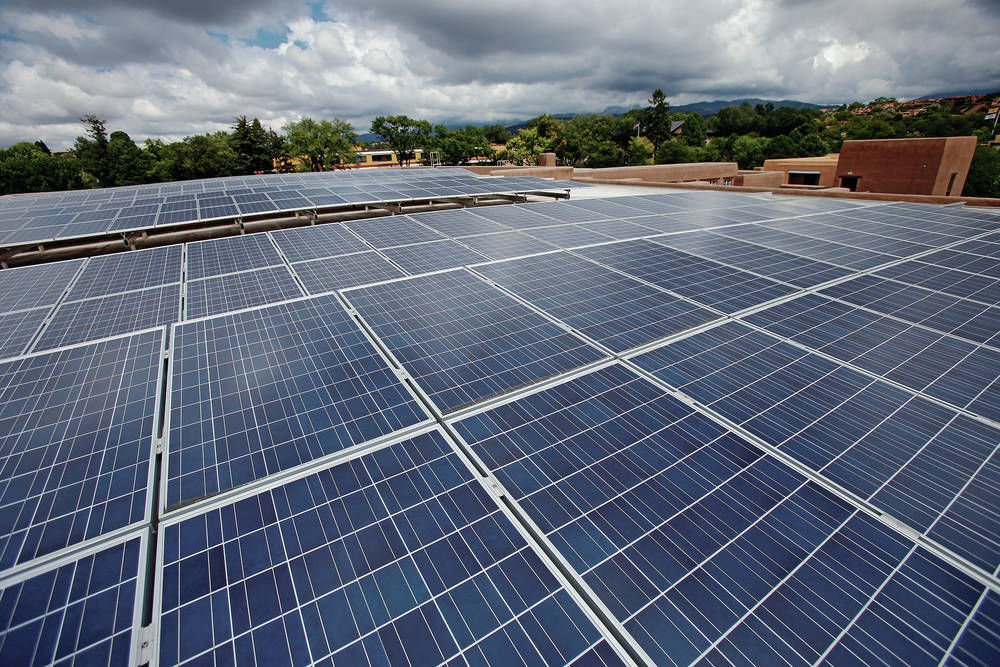 Mayor Javier Gonzales wants a study of whether Santa Fe can power all municipal facilities with renewable energy by 2025, a step toward sustainability that would build on previous city moves toward carbon-neutrality and reduced energy consumption in coming years.

A Gonzales-sponsored resolution directing City Manager Brian Snyder and staff to develop the feasibility study and report back in 90 days cleared the city Finance Committee on Monday without discussion.

Roughly a quarter of the city’s energy use comes from renewable resources, primarily solar. Installations at municipal structures — including the Genoveva Chavez Community Center, the Buckman Direct Diversion Project, the Community Convention Center and wastewater treatment plant — collectively use 4.8 megawatts of renewable power. The remainder of city facilities’ draw power from the Public Service Company of New Mexico.

Gonzales is a member of Climate Mayors, a coalition of more than 360 U.S. mayors nationwide who have committed to reducing greenhouse gas emissions in the wake of U.S. withdrawal from the Paris climate agreement. Las Cruces Mayor Ken Miyagishima has joined as well.

Many other municipalities and counties across the U.S. are either committed to achieving a 100-percent renewable-energy target or are working toward one, according to the “Ready for 100” campaign of the Sierra Club, the nationwide environmental nonprofit. Among these are a few scattered towns and organizations in Northern New Mexico, including Taos, Angel Fire, Red River, Questa and the Kit Carson Electric Cooperative.

Only three years ago, the City Council passed a resolution that declared the city’s desire to achieve 50 percent renewable energy by 2025.

Gonzales, now hoping to explore the possibility of a full-on renewable-energy portfolio by that year, said the time is right to seek a more aggressive strategy for reducing Santa Fe’s carbon footprint. He mentioned improved and cheaper solar technology; an uptick in job opportunities in renewable energy industries; and what he said he feels is the city government’s imperative to show the way.

“The city needs to set an ambitious target and really begin to make achieving that target a reality,” Gonzales said. “If we want to encourage residential homeowners as well as businesses to move towards the consumption of more renewable energy, we need to lead by inspiring the people in our community.”

The proposed resolution states the city might harness innovations in renewable energy technologies as well as energy storage to reach the 100-percent target. A shift to total clean power use would promote local job and economic growth, the resolution goes on, and would “facilitate local control and ownership of the city’s energy options.”

Measures aimed at increasing renewable-energy production at the state level had trouble gaining traction during this year’s session of the New Mexico Legislature. A proposal from state Sen. Mimi Stewart, D-Albuquerque, would have required utility companies in the state to increase their renewable-energy makeup over decades until it comprised the majority of their power. It never came to a floor vote.

The mayor’s resolution would encourage state officials and the Legislature “to do everything in their power” to achieve 100 percent renewable energy use at state facilities and calls for a reintroduction of Senate Bill 227, which would have required the state to solicit proposals to power 700 state buildings with solar, wind or geothermal energy.

That bill, sponsored by state Sen. Jeff Steinborn, D-Las Cruces, passed both chambers with wide margins during the regular session earlier this year but was vetoed by Gov. Susana Martinez, who wrote in a veto message that “it would be impractical and irresponsible to begin issuing requests for proposals before a plan for these renewable energy services is completed.”

Steinborn did not immediately return a message seeking comment on whether he planned to reintroduce the bill at a future legislative sesssion.

The city feasibility study would supplement previous moves toward clean power. The 2014 resolution that set out the city’s 50 percent goal for 2025 included a 2040 goal for the city to be carbon neutral, or produce a net zero carbon emissions. And in 2015 the city initiated a 25-year sustainability plan to reach that carbon-neutral goal.

Beth Beloff, who chairs the advisory Sustainable Santa Fe Commission, said the group of volunteers had begun to amass a series of recommendations for a comprehensive sustainability plan. Beloff said the commission planned to have a draft of a plan ready for approval by mid-November and was seeking communitywide input so as to better arrange a unified coalition.

“We need community stakeholders to buy in; we need local renewable-energy companies, nonprofits, even PNM,” Beloff said. “We need to actively build coalitions with other cities that are moving toward clean energy in the state.”

According to a city memo, a transition to renewable energy “would improve the quality of life in the city” through fewer carbon emissions and could “possibly reduce the cost of operations of city facilities.”

“It’s more important than ever that cities and counties and states take action where the Trump Administration has refused,” Feibelman said, citing President Donald Trump’s decision to remove the U.S. from the Paris climate accord and his administration’s moves to roll back certain environmental regulations.

The full City Council is scheduled to consider the resolution next week. Councilor Peter Ives affixed himself to the resolution as a co-sponsor at Monday’s committee meeting.