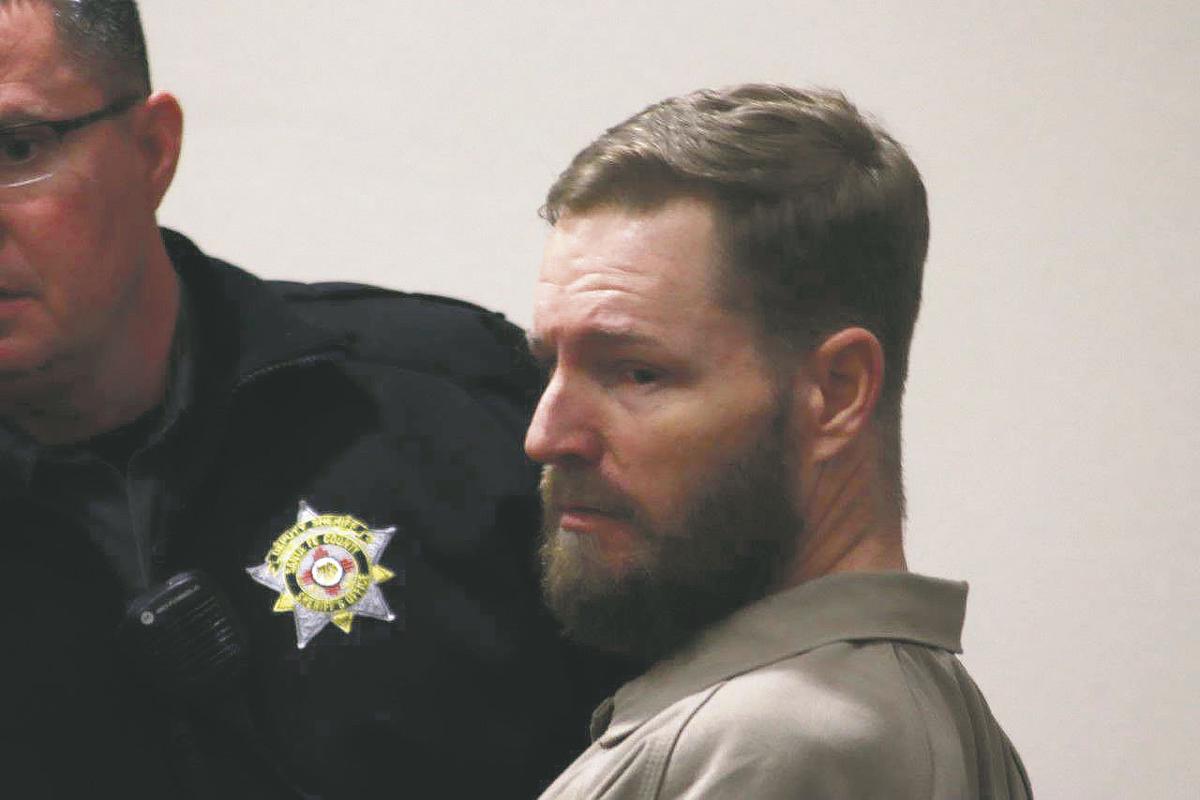 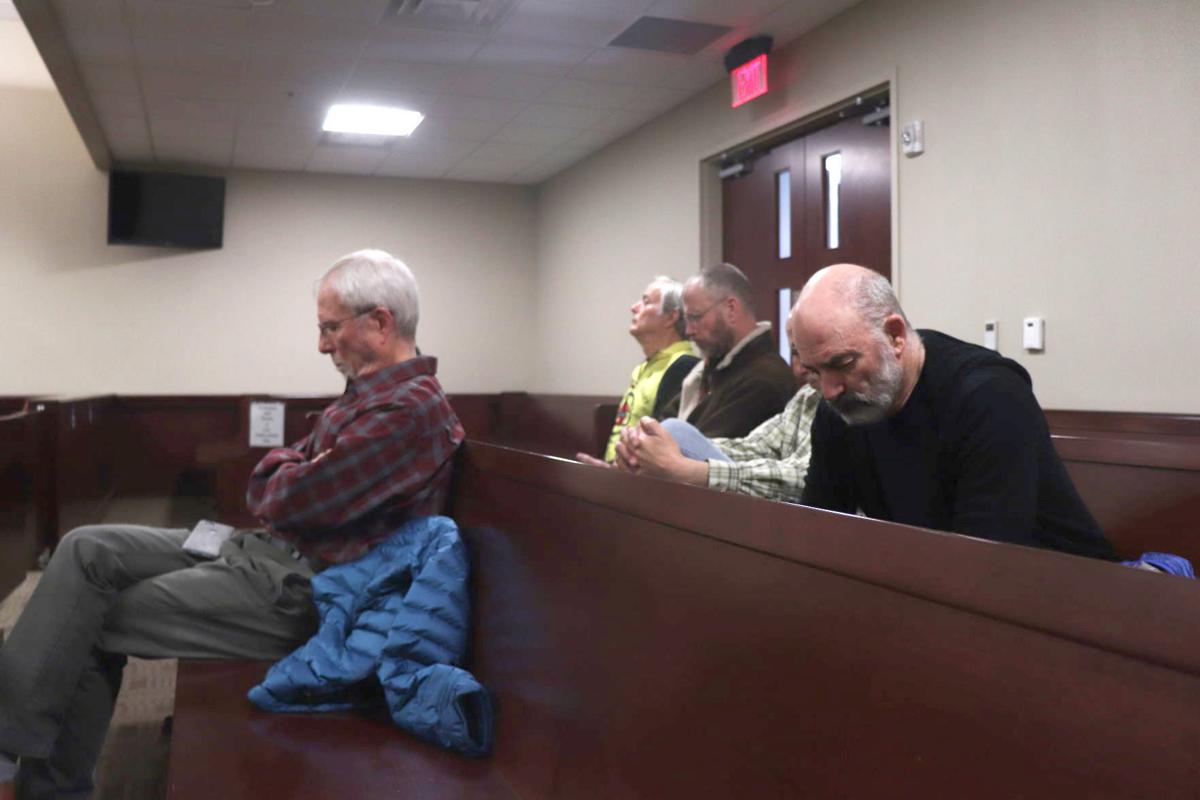 A Moriarty man convicted in January of charges tied to a road-rage incident that injured a group of senior citizen cyclists was sentenced Wednesday to spend 3 1/2 years in prison.

Jacob Brown, 41, also must spend one year on probation and attend a victim’s impact group and anger management counseling, state District Judge T. Glenn Ellington ruled during an emotional hearing that included testimony from the most severely injured cyclist.

In January, a jury found Brown guilty of causing great bodily injury by vehicle, leaving the scene of an accident involving great bodily harm and reckless driving in the March 2018 collision near Galisteo.

His attorney filed a motion earlier this month requesting a new trial.

Members of the Seniors on Bikes cycling group said Brown had sped past them in the left-hand lane of N.M. 41 and caused a collision. The cyclists said Brown yelled obscenities, pulled into the lane in front of their bikes, threw his vehicle in reverse and angrily backed into the group.

One of the victims, Doug Harrel, shuffled slightly when he walked to the podium before Ellington on Wednesday and said he wanted to talk about his road to recovery.

After the crash, Harrel said, shards of ribs punctured his lungs, his arm was held on by skin and muscle tissue, and he had a broken pelvis. He recalled a conversation with a thoracic surgeon about plating his ribs, finding all the shards and piecing them together like a puzzle, and screwing titanium plates in place for the bones to heal.

“I guess this means I was going to survive,” he said he remembered thinking at the time.

Harrel described the intimate details of his recovery — the agony of physical therapy after shoulder surgery and the monotony of being isolated to his home. “My life was limited by a 50-foot air line,” he said.

He retreated from his cycling friends, Harrel said, because biking, which had been a balm, now caused him excruciating pain.

While Harrel hoped Brown’s sentencing would give him closure, his recovery isn’t over — he’s facing the possibility of more surgery on his ribs, he said.

Brown didn’t look up from the table during Harrel’s more than 40-minute testimony.

Ellington said Brown must serve at least 85 percent of his prison sentence because two of the charges met the threshold for a serious violent offense.

The judge had harsh words for Brown, telling the man he could have just continued on his day after the encounter with the cyclists but instead made a choice that had severe consequences.

“You decided for whatever reason you weren’t done, you wanted to give them a piece of your mind, and the jury decided your actions were criminal,” Ellington said.

Brown’s uncle, fiancée and grandmother spoke on his behalf, all telling the court the collision was an accident, that Brown felt remorse and that he was a good person.

His grandmother told stories of how he had done repairs to her house, took care of her dying animals and took care of her. She began to cry. Brown looked up from the table, also crying, as she begged the judge not to give him prison time.

Brown also spoke at the hearing, insisting he had been scared for his life at the time of the incident and that the collision wasn’t his fault. But he said he was sorry others got hurt.

“There was reckless behavior on both sides,” Brown said. “I’m ready to take responsibility or whatever for what they said my actions were.”

He had offered to “mow Harrel’s lawn or fix his roof,” he added.

He listed his military service, his security clearances and his own biking experience, and he said “he always tried to do the right thing.”

He pleaded with the judge not to send him to prison, so he could continue caring for his grandmother. But the judge was not swayed.

Ellington called Harrel’s recovery extraordinary and told Brown he was lucky the man survived; otherwise, he could have faced a much more serious charge of vehicular homicide.

Referring to Harrel, Ellington said, “The reason he is here today is the quality and substance of that man.”

A couple of years back, I was in fatal accident and suffered injuries that required multiple surgeries including one to my spine costing tens of thousands of dollars. We searched for a personal injury lawyer in santa fe nm and retained TheBennettLawGroup.com on a recommendation and were not disappointed. The representation we received was very professional. They're the best!

Being a bike rider and also being a licensed motor vehicle user I encounter fault on both sides in general. Most bike riders I either ride with or encounter while driving my automobile break the law by failing to follow the rules of the road. Most automobile drivers have no clue how to negotiate a bike rider on the roadway. Bike riders normally do not remain as far right on the roadway where safe. Bike riders normally do not stop at intersections. Bike riders seldom if ever use hand signals. Bike riders mainly in the Santa Fe congested plaza area ride against the one ways designated even when local law enforcement watch them violate the one way law.

Motorists do not wait to pass bike rider(s) when sharing the road especially when oncoming traffic is present. Motorists seem to think that bike do not belong on roadways. Motorists believe that bicyclists are to slow to be on roadways. Both sides believe that they have the right-of-way. This will continue to be a major issue on both sides as long as the attempt to educate both sides are mandated to recognize each other’s being. One school of thought is to have bicyclists be licensed if wanting to ride along roadways and having motorists understand that sharing roadways is a legal act. Motorists should be exposed to some form of education during annual auto registration process and or driver license renewal. I have questioned multiple law enforcement types why bicyclists are given special treatment and not one has responded with a reasonable reply. A prime example being I live near the Santa Fe area and why bike riders are not ticketed in the plaza area going the wrong way and the usual answer is that the police force is understaffed yet on most occasions you see several law enforcers just hanging around cohosting with each other. If one challenges a bike rider in the area most will challenge you with physical gestures or an invitation to resolve the issue by punching it out. I am not anti bike I own half a dozen high end bicycles for all types of riding I think bike riding is a superior sport I am hooked on riding but I also drive my truck, jeep and car.

Fault cannot be equal on both sides when the outcomes are so lopsided. Are there cyclists who break traffic laws? Sure. But if a cyclists hits a car, it might make a dent. If a car hits a cyclist, the cyclist's family might be planning a funeral. Cyclists in New Mexico also have a right to the full lane and, because the far right of the roadway is usually littered with debris, it is often not more safe. A "fault on both sides" conclusion on this subject relies on a profoundly false equivalency.

Its incomprehensible that it took all that prodding and letter writing to get the sheriff's dept. to do its job, but at least it finally did its job. Kudos also to the prosecutor's office and Judge Ellington.

Jennifer Buntz and I spoke at the annual NMMRO rally in the roundhouse, where the bicycling community was heartily invited but apparently had more important things to do. The motorcycle community is more apt to rally and collaborate on laws and lobbying institutions (such as pushing for anti-profiling laws). Other than Jennifer and myself, only Steven Newhall from Rob and Charlie's was there. I mentioned that the motorist in this case had just been convicted on all charges and the motorcyclists who packed the room let out a huge round of applause that he was headed to the Greybar Hotel. Now, if we can get a better bicyclist turnout next year, we have allies if we want to keep them.

It still bothers me that the sheriff’s office had to be prodded and pushed by the cyclists involved, and the rest of the local cycling community, before it would actually do something about this incident.

It isn’t just people such as Brown that are the problem, but a culture that views cycling as a nuisance.

I agree, David. The sheriff's office had to be prodded by cyclists and the media badgering them. It also took a letter writing campaign to the DA to investigate this. I do not buy the story from the Mr. Brown that he just stopped on the roadway. The type of injuries are consistent with being hit by a moving vehicle.

A little ironic that he mowed down senior citizens and then asks for no prison time in order to care for his grandmother, a senior citizen. Seems like a stand-up dude.