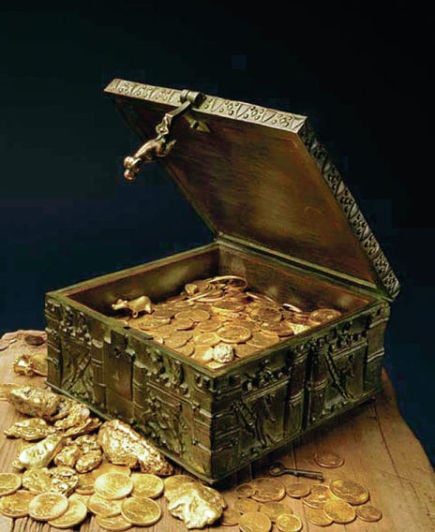 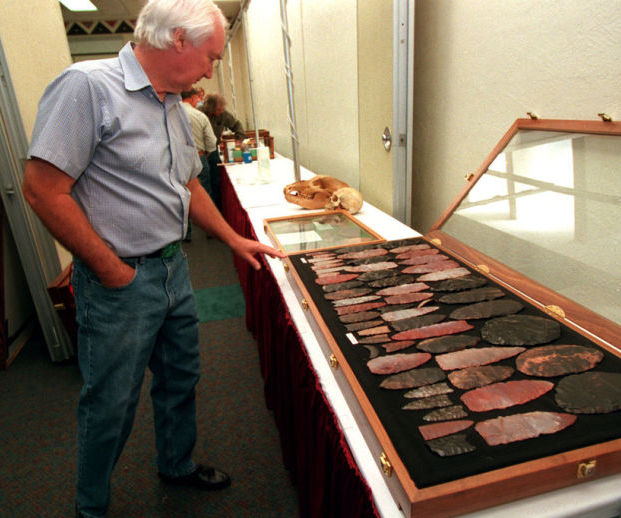 Fans of Santa Fe artifact collector Forrest Fenn have been searching for his lockbox filled with treasures, based on clues in his biography, The Thrill of the Chase. But at least one treasure seeker has had to be rescued after getting lost in forested land, and another faces charges for digging under a descanso on state land. New Mexican file photo 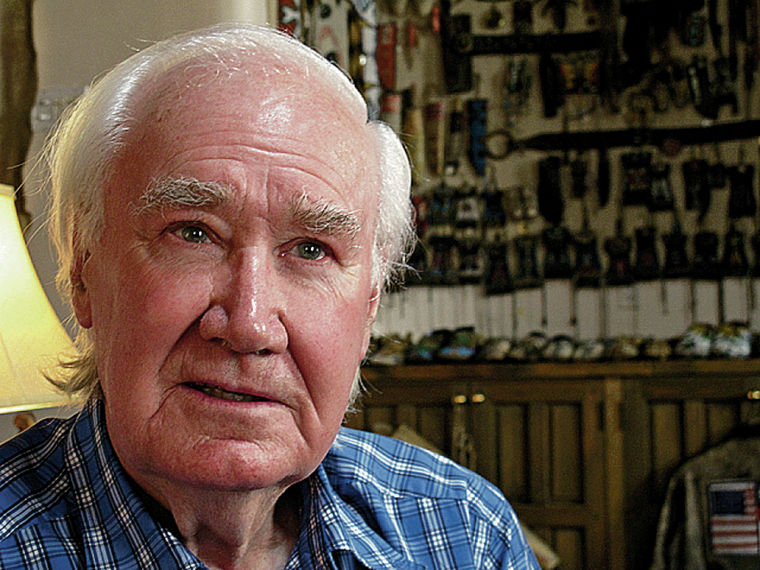 Santa Fean Forrest Fenn, 82, says he spent more than a decade packing and repacking a treasure chest, sprinkling in gold dust and adding hundreds of rare gold coins, gold nuggets and other artifacts. He claims the treasure is hidden in the mountains north of Santa Fe. Jeri Clausing/The Associated Press

Fans of Santa Fe artifact collector Forrest Fenn have been searching for his lockbox filled with treasures, based on clues in his biography, The Thrill of the Chase. But at least one treasure seeker has had to be rescued after getting lost in forested land, and another faces charges for digging under a descanso on state land. New Mexican file photo

Santa Fean Forrest Fenn, 82, says he spent more than a decade packing and repacking a treasure chest, sprinkling in gold dust and adding hundreds of rare gold coins, gold nuggets and other artifacts. He claims the treasure is hidden in the mountains north of Santa Fe. Jeri Clausing/The Associated Press

When a state Department of Game and Fish warden stopped a man from digging beneath a descanso along the upper Pecos River at the Terrero Campground last month, the digger said he was trying to find a treasure hidden by Santa Fe artifact collector Forrest Fenn.

Department spokesman Dan Williams said on March 21, the man used hand tools to dig 18 inches under about half of a 12-inch by 12-inch concrete base supporting an iron cross at the entrance to State Game Commission property just across the river from the Terrero store.

“He told our officer that he was looking for Forrest Fenn’s treasure,” Williams said.

Williams said the man, who wasn’t identified, will be charged under a state law making it a misdemeanor to “excavate, injure, destroy or remove any cultural resource or artifact” on State Game Commission land.

In Fenn’s 2011 biography, The Thrill of the Chase, he includes a 24-line poem that he says contains clues to where he hid an antique bronze lockbox with pieces of gold, a 17th-century Spanish emerald ring, a ruby-studded bracelet, diamonds and other booty worth $2 million.

“I knew exactly where to hide the chest so it would be difficult to find but not impossible,” Fenn wrote. “It’s in the mountains somewhere north of Santa Fe.”

On March 9, a woman from Texas was rescued in the backcountry of Bandelier National Monument after she had become lost searching for Fenn’s treasure. She told her rescuers she had been inspired to look for the treasure after seeing Fenn interviewed on NBC’s Today show.

Various people from around the country have called The New Mexican about Fenn’s claims over the last year. Collected Works, a local bookstore that is the only place where buyers can get Fenn’s book other than Amazon.com or from Fenn himself, reported a run on the book after Fenn’s national TV appearance.

Williams said if the man who dug under the descanso — “resting place” in Spanish, usually a homemade memorial placed where someone has died or where their ashes have been scattered — had found Fenn’s treasure, he could not have kept it because state law prevents taking artifacts from state land. He said the same rules would probably apply to most federal land.

“Our officer asked him to repair, to back fill where he was digging, which the guy apparently did, but it may not be to our satisfaction,” he said. “We may have to go in there to tamp it down better and fix it up so that it doesn’t get undermined by erosion.”

blame the idiots trying to get something for nothing, it's their responsibility to follow the laws. no one is making any of these fools commit these acts

Any good deed has it's flaws,
this you will surely see.
As people of greed break the laws,
and y'all find fault with me.

If you learn to think,
it'll be my pleasure,
to watch Forrest wink,
as you find his treasure.

For I have found it's secret place,
and I give no further hints.
I have a smile on my face,
and enjoy poems ever since.

So thank you Mr. Fenn,
it's been my sincere pleasure,
to read the stories you pen
about all kinds of treasure.

And to those who only see trouble,
I will tell you this little secret taboo.
Charitable acts like his double
when they move me and you.

[wink]To those who know me, I am my fathers son.

Maybe this guy was just trying to steal the "iron cross" and used the "treasure hunt' claim as an excuse when he was stopped by the lawman. Pecos is east of Santa Fe, not north. So he should definitely get charged double.

Perhaps Ole Forrest Fenn should stop this venture before more people get
injured of killed. I would think he may even be able to be held responsible
for those that do get injured or loose their life looking for his hidden treasure.

Does anyone know how many people have been injured or killed searching
for the Lost Dutchman's Gold?

The treasure story sounds like shameless self promotion of Mr. Fenn's book to me. [wink]

Hello , (sorry for my bad English) . Im posting from Germany. On every Tv Channel there is the story from Mr Fenn an his hidden treasure. I will use Remote Viei´wing to locate the treasure. Not vandalizing the public park...[smile]

Fenn should be fined for dumping/littering on public lands and made to go clean up his mess he started... If he were as honorable as they claim he is; he would clean up the mess, then donate the money to local charity. The kind of "Gold Rush" he has started in our backyards, is not wanted here actually.

I know exactly where it is! Just need a way to get there to get it! Anyone willing to help? I will split it with you!

I think we may be on to the same thing, thats my problem how the hell am i going to get there?

It will probably be found by someone not looking for it. Which I think would be funny.

It bugs me when I see treasure hunters in public parks with metal detectors vandalizing the grass.

Most people with metal detectors are careful when they dig and place any dirt/sod back over the hole when done.

IMHO Forrest Fenn is an egotistical womanizing RAH who is stirring up trouble so that more copies of his book can be sold. Did he put the alleged treasure on private land so it could be legally dug up (a concept that Fenn does not seem to really care about) or will more people get cited in their rush for treasure? Will Fenn feel responsible if someone dies on what I believe to be a spurious treasure hunt he concocted?

I may be your opinion, observer, but its wrong. Forrest has made it clear that it is not buried, so no digging is required. Further, if someone behaves in an illegal or unsafe manner, it is their responsibility not Forrest's. Neither he nor anyone else has cause to feel responsible if people CHOOSE to act foolishly. Particularly when you consider that a 79-year old cancer patient hid it, therefore no significant danger actually exists to those capable and willing to use common sense.

Are you Forrest Fenn in disguise? The man has been an egotistical self promoter his entire life. He even brags about buying the last unfinished Fechin from Fechin's widow who needed money and then immediately turning around and selling it for beaucoup bucks. Or how about his destruction of a pueblo site for his guests entertainment? Or his pressure on the museum to have spear points as fine art so he could make more money from his "collecting"