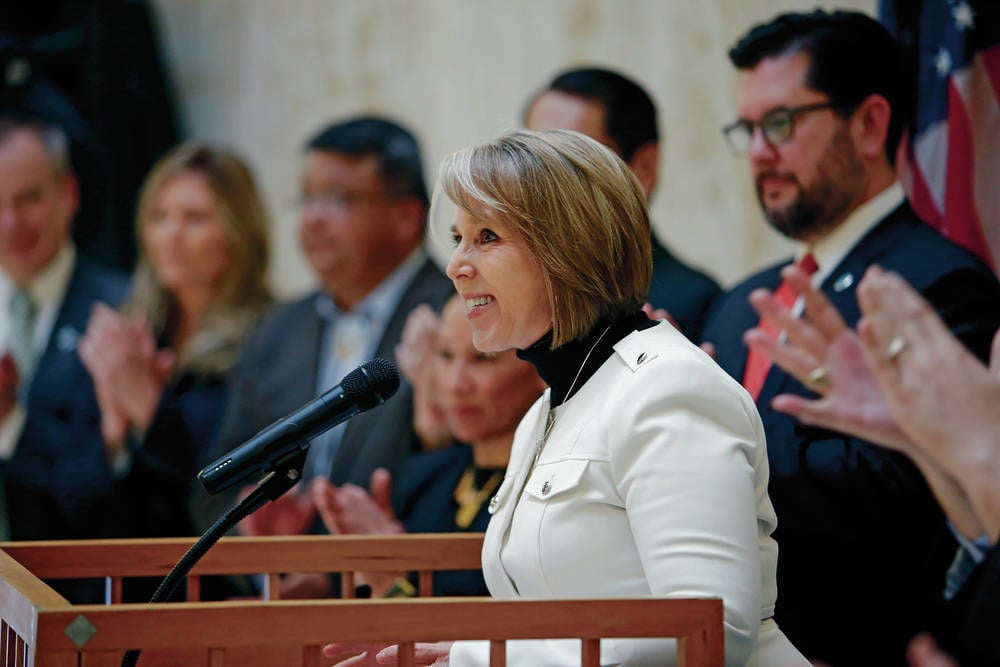 Gov. Michelle Lujan Grisham addresses a gathering in March in the Capitol Rotunda. The governor’s staff sent request forms earlier this month to state legislators, asking them to fill out details on the bills they want her to consider. Luis Sánchez Saturno/New Mexican file photo 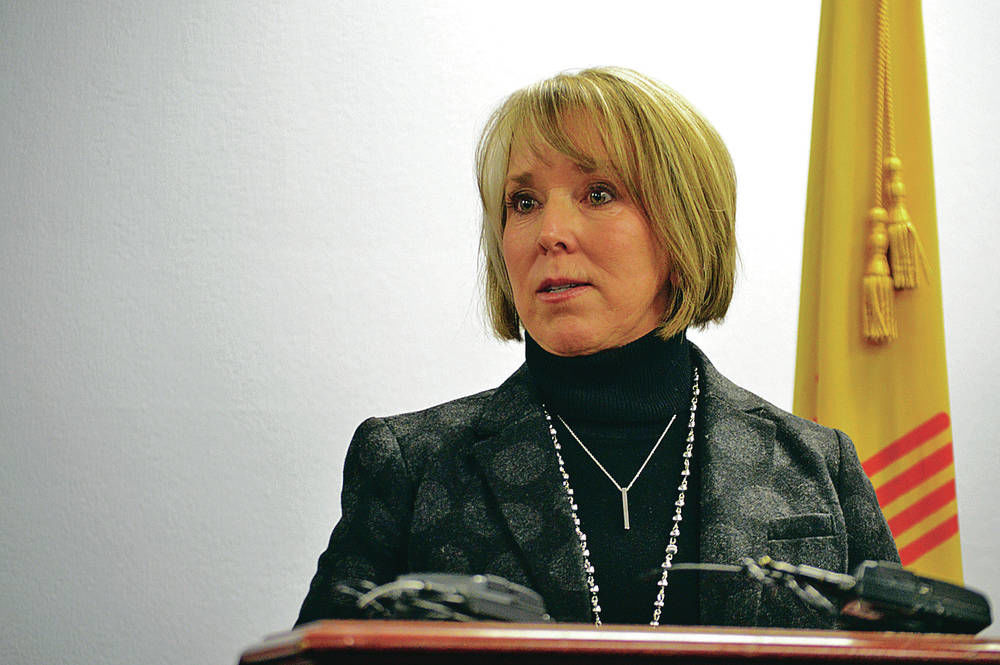 Gov. Michelle Lujan Grisham addresses a gathering in March in the Capitol Rotunda. The governor’s staff sent request forms earlier this month to state legislators, asking them to fill out details on the bills they want her to consider. Luis Sánchez Saturno/New Mexican file photo

The office of Gov. Michelle Lujan Grisham is asking lawmakers for input on which pieces of legislation they want to see introduced in a 30-day session beginning in January. The session could tackle a wide range of issues from marijuana to gun control.

The governor’s staff sent request forms earlier this month to state legislators, asking them to fill out details on bills they want her to consider. The forms ask for details such as a summary, fiscal impact and benefits of bills lawmakers are proposing.

The request for input comes as policymakers prepare for a short session designed to focus on the state budget. But the session will likely also include ambitious proposals on other issues. Given the short timeframe, legislators said Thursday they liked that the governor was asking for their input.

“My feeling is she wants to basically get the work done from a 60-day session in a 30-day,” said Rep. Jason Harper , R-Rio Rancho. “I appreciate that she’s trying to grease the skids early.”

In a short session, the Legislature may only consider nonbudgetary bills if the governor puts them on the agenda. Yet Lujan Grisham has already said she will prioritize a number of other initiatives. They include efforts to legalize recreational cannabis, reform the Public Regulation Commission, shore up a major state pension system and allow law enforcement to temporarily confiscate guns from people considered dangerous.

More recently, the administration has announced two major proposals in education: one to expand scholarships to eliminate tuition for university students and another to create a new permanent fund for early childhood education.

The Governor’s Office said Thursday that proposals on cannabis, scholarships and early childhood would be part of the agenda. As far as the other proposals, the office said the governor still aims to move them forward, but couldn’t confirm whether they would be included.

“Hopefully, we can get a proposal in shape,” spokesman Tripp Stelnicki said about pension reform. “It’s a heavy lift for a 30 day, so we’ll see.”

Rep. Daymon Ely, the Corrales Democrat who is co-sponsoring a bill on so-called red-flag gun legislation, said Wednesday he was “hopeful” that legislation would be on the agenda, but did not yet have confirmation from the Governor’s Office.

House Speaker Brian Egolf said he and his staff have been meeting on PRC reform with the Governor’s Office, which continues to describe the effort as a “priority.”

“We are right now looking at different changes we could pursue to make the PRC more efficient, more responsive to consumers and overall elevate the level of professionalism in the commission,” said Egolf, D-Santa Fe. “I think we’ll see some big changes at the PRC.”

Lawmakers will doubtless be making requests for other bills, and the Governor’s Office has already received “inquiries regarding the process for requesting legislation to be placed on the governor’s call for the upcoming 30-day legislative session,” Victor Reyes, the office’s director of legislative affairs, wrote in an email to legislators obtained by The New Mexican.

The Governor’s Office said the purpose of the surveys was to “make sure no good idea is overlooked or missed.”

“Legislators have lots of interesting proposals,” Stelnicki said. “We want to make sure every one of them is heard. It’s part of working well with the Legislature.”

Lawmakers said Thursday they hoped the surveys would help make the process of crafting an agenda more efficient and structured than in previous years.

“My experience in past years is that it’s been haphazard as to what issues a governor authorizes to be heard in a 30-day session,” said Sen. Daniel Ivey-Soto , D-Albuquerque. “By asking us all to submit what we’d like to see, it does give this governor the opportunity to focus on some thematic issues, and maximize the time we’re in Santa Fe.”

Harper also said it was difficult to move items forward under the administration of former Gov. Susana Martinez.

“We could talk to her staff and ask to put something on the call and they wouldn’t really give you a direct answer,” he said.

Lawmakers added that they expected the session to be packed. “The governor expects us to do some heavy lifting in a 30-day session, and I think they’re wise to check in and appropriately limit what ends up on the agenda,” Ivey-Soto said.

Harper said he did worry the introduction of too many bills could create a “log jam,” while Ivey-Soto said there was a danger that too many proposals could lead lawmakers to not take the time to study the issues in detail.

Egolf wasn’t as concerned, saying that a slew of nonbudgetary items could be passed in a short session, “especially if there’s a degree of agreement ahead of time.”

“With strong leadership from the governor, we can get things done,” he said.

The main focus of the session, of course, is to pass a budget, and lawmakers will have unprecedented projected state revenue to work with. Lawmakers are already receiving a multitude of requests for funding and incentives, and that will likely lead to tough choices as well.

“We’re getting hit on the Senate Finance Committee with requests fueled by the oil and gas windfall,” said Sen. John Arthur Smith , who is chair of that panel. “My concern is when that honeymoon is over, it’s not going to be sustainable.”