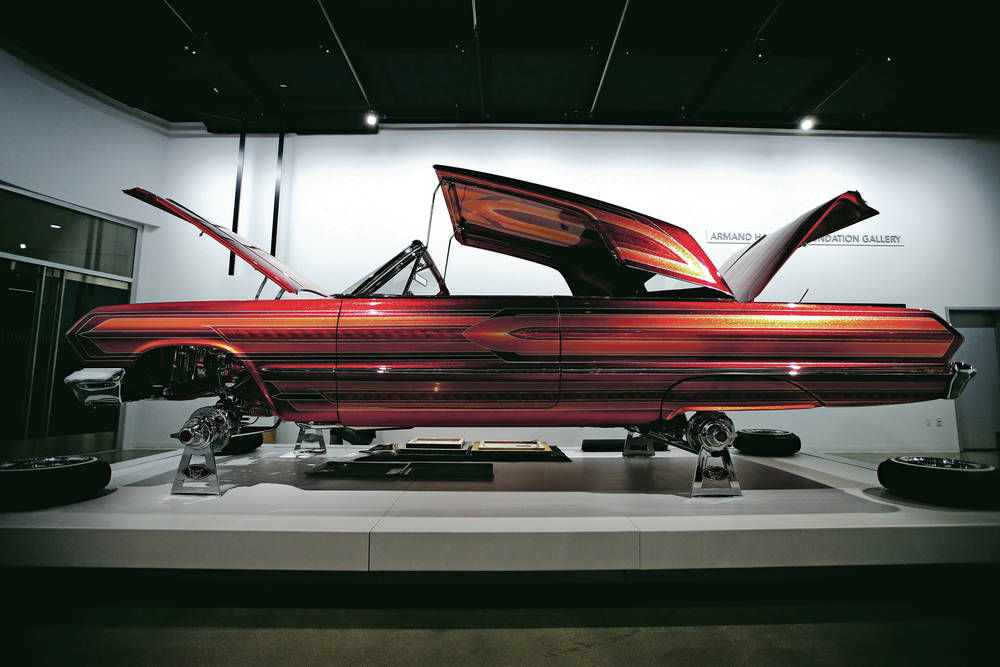 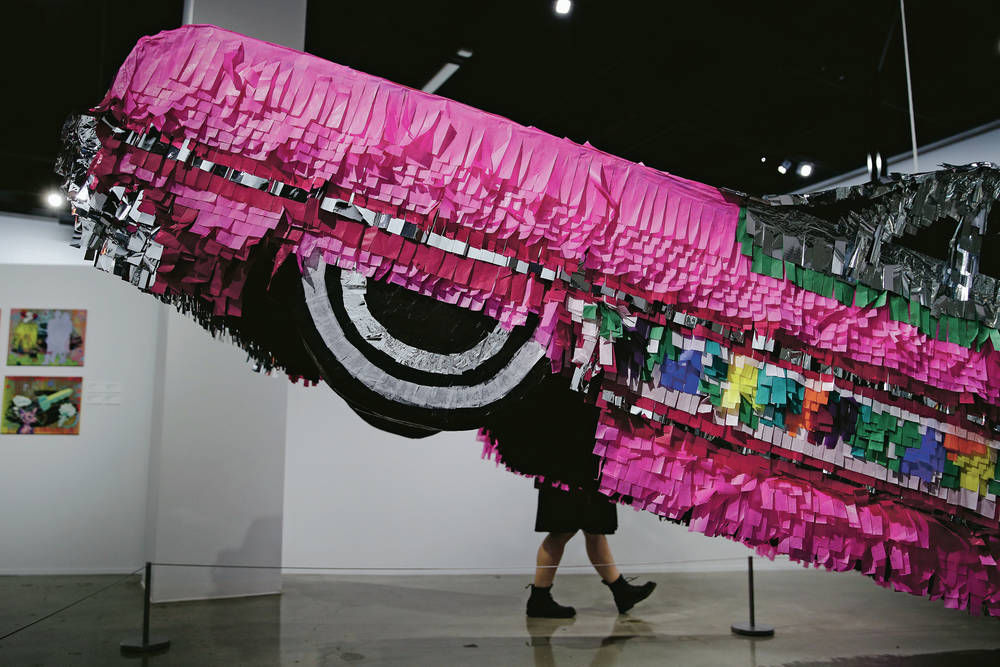 LOS ANGELES — Lowrider cars these days are far more than tricked-out automobiles with gravity-challenged rear suspensions and ear-rattling exhaust systems that seem to cry out for police to ticket the drivers.

In their finest format, they have morphed into museum-quality works of art, appearing in shows around the world from Paris’ Louvre to Washington’s Smithsonian.

But while museumgoers have learned to appreciate these creatures that sprang from the garages of American teenagers in the years after World War II, lowrider historian Denise Sandoval says the eye-popping, airbrushed paintings, plush interiors and chrome-plated wheels and engines that have come to define them have quietly fomented something more — a new genre of contemporary art.

It’s a genre Sandoval hopes to expose to a wider audience through The High Art of Riding Low, a wide-ranging exhibition of lowrider-inspired fine art including paintings, sculptures, serigraphs, photographs, drawings and, of course, automobiles created by the world’s most accomplished Chicano artists.

The show, which opened Monday and runs until next June, is the third lowrider exhibition that Sandoval, a Chicano studies professor at California State University, Northridge, has curated at Los Angeles’ Petersen Automotive Museum since 2000.

Like previous shows, it features its share of some of the finest lowrider cars created, among them Jesse Valadez’s “Gypsy Rose,” which was encased in glass for display on Washington’s National Mall earlier this year when it was inducted into the U.S. Historic Vehicle Register. The long, sleek Chevrolet is bathed in bright pink and covered with intricately painted roses running from front tire to taillight.

Other cars in the L.A. exhibit radiate a rainbow of colors, including some with murals of beautiful women, landscapes and skeletons representing Dia de Muertos, the Latino holiday honoring loved ones who have died.

But placed right alongside these V-8-powered treasures are dozens of paintings and other museum works created by such prominent gallery artists as Gilbert “Magu” Lujan and Frank Romero, who form half of the contemporary art world’s Los Four, the first Chicano artists group to have a showing at a major institution, the Los Angeles County Museum of Art, in 1974.

“Basically we’re focused on looking at the lowrider car as both artistic inspiration and art object,” says Sandoval, explaining how this show differs from earlier ones. “We’re taking artists from the museum gallery world and merging them with lowrider artists. So we’re bringing these two worlds together.”

It’s an effort perhaps best exemplified by the contrast found upon first coming face-to-face with the late Valadez’s stunningly colorful, intricately detailed “Gypsy Rose,” parked just outside the gallery hall’s entrance, and then entering the hall itself to see the other works.

“That car is like the ultimate zero of lowriding. You know what I mean? It all starts with ‘Gypsy Rose,’ ” says lowrider and artist Albert de Alba Sr., whose El Rey, three-time winner of Lowrider Car of the Year, is also on display.

Inside the gallery, it all continues with a variety of stunning works in various media.

There is Lujan’s acclaimed “Journey to Aztlan” painting showing a lowrider cruising across the desert toward the mythical land of the Aztec people.

Nearby is another large acrylic-on-canvas work, this one by Jaime “Germs” Zacarias and paying tribute to Lujan as it shows the late artist’s own lowrider car ascending toward the heavens as it’s driven by a friendly dog.

The actual car, a 1950 Chevy coupe that Lujan named “Our Family Car” because it really was, is also on display. Seeing it up close allows a view of its contrasting scenes of Aztec-style paintings throughout and the multicolored flames embellishing its sides. The result makes the car appear as a hybrid lowrider-hot rod, something Sandoval says the artist was going for.

The “Gypsy Rose” is also paid tribute to, by artist Justin Favela’s colorful, life-sized “piñata” replica constructed from paper and suspended from the ceiling.

Other paintings, drawings, photographs and serigraphs show lowrider street scenes from around the U.S. Southwest, illustrating what Sandoval has long maintained: that while places from Española to East Los Angeles have claimed to be the birthplace of lowriding, it appears to have sprung up spontaneously across the Southwest during the post-war years.

Caught up in the second-generation of that lowriding culture was de Alba, son of a lowrider who learned his airbrush painting skills from his father and applied them to the 1963 Chevrolet Impala he named El Rey.

The sparkling, candy-apple-red lowrider — with its gleaming chrome wheels, gold engine, etched chrome silver manifold and its stunning murals under the hood and trunk lid — is one of the show’s signature pieces.

Although El Rey has been displayed in Japan and Germany, the modest de Alba, who customizes cars for a living, says even he was caught off-guard to learn it would appear alongside works by some of the most prominent contemporary artists.