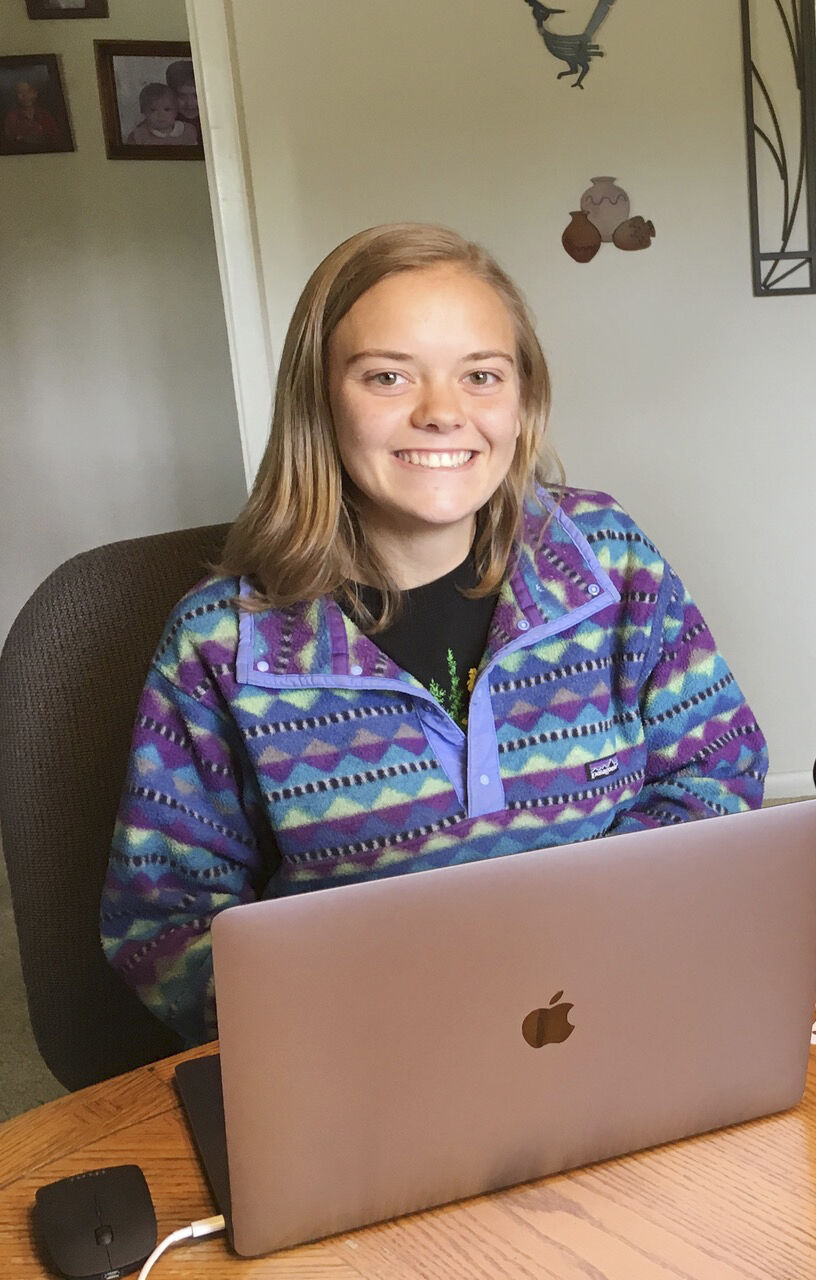 Lillian Petersen, 17, has drawn international attention and won a $10,000 grant after her work creating a system to predict crop yields in Africa. A freshman at Harvard, she is interested in studying math, computer science and molecular biology in genetics. Her emphasis will be applied math. 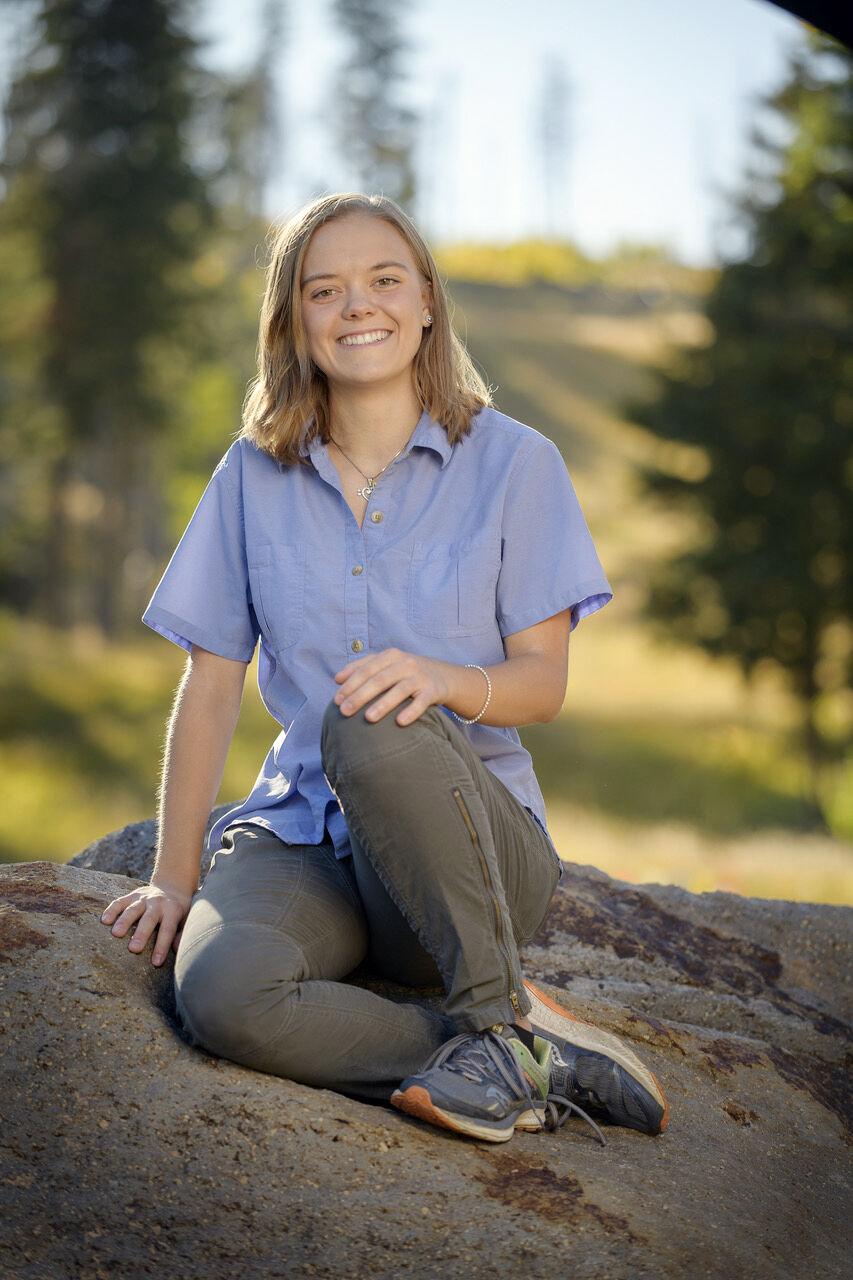 Lillian Petersen, 17, has drawn international attention and won a $10,000 grant after her work creating a system to predict crop yields in Africa. A freshman at Harvard, she is interested in studying math, computer science and molecular biology in genetics. Her emphasis will be applied math.

Around the time most kids her age were half a brain stem deep into popular TV shows like iCarly or perhaps diving into the early days of Snapchat and Instagram, Lillian Petersen was tackling the world’s problems one line of computer code at a time.

And Petersen is just 17 years.

She was recently named a winner of the Gloria Barron Prize for Young Heroes, which grants $10,000 to the top 15 students forging a path for the greater good in the U.S. and Canada. That money can be used as a scholarship or to fund continued service in the field that gained recipients notice.

“It was obvious from the get-go that she had it all going on,” said Barbara Ann Richman, executive director of the Barron Prize. “She has the science mind, the humanitarian heart and the ability to communicate and bring people on board to her cause.”

For Petersen, this is just the start.

A freshman at Harvard, she is interested in studying math, computer science and molecular biology in genetics. Her emphasis will be applied math.

“I think that those fields together have the greatest potential for lifesaving drugs and therapies,” she said. “The field is so rapidly advancing.”

Petersen, who skipped sixth grade, entered Harvard more than a month shy of her 18th birthday. Life on campus has been interesting, she said, if for no other reason than the school is operating at just 25 percent of capacity — freshmen only, for now — and all classes are held online.

It makes meeting people a little more challenging, but Petersen said she goes on daily runs and makes occasional trips to restaurants, as Massachusetts allows indoor dining with far fewer health guidelines than in New Mexico.

Harvard tests all students and staff for COVID-19 three days a week and has strict protocols for anyone exposed. Risks aside, Petersen said she never planned to remain in Los Alamos and wait things out.

“It’s harder to get that college experience, especially that freshman experience, and it is a lot harder to meet people,” she said. “But in my opinion, it’s much better to be here than not be here. A gap year just would not have been for me.”

Petersen’s father, Mark, is an ocean modeler for Los Alamos National Laboratory. He creates models of the earth on supercomputers that predict ocean behavior over the next century. His work is vital in understanding climate change and how it impacts life on land.

That alone was enough to plant the seed for Petersen’s interest in computers. She said she started learning how to code when she was in fifth grade — about the same time she was deeply affected by the idea that childhood malnourishment can create lingering health problems that can last a lifetime.

Her parents had just adopted three younger siblings, each from impoverished parts of the country where, she said, they suffered from “food insecurities.” One was severely malnourished and each showed cognitive delays and physical limitations. Their situations got her thinking about using technology to create real, tangible change. It started a little closer to home when she studied patterns in El Niño, the global weather phenomenon that occurs every two to seven years and can have drastic effects on weather patterns in North America.

Petersen’s love of skiing inspired her to study correlations between El Niño and winter weather in Los Alamos in order to predict snowfall at nearby Pajarito Mountain.

“It opened my eyes to the power of big data analysis and computer programming to affect change,” she said. “Even today I’ll have people come and ask me if they should buy their annual pass for the next ski season.”

She kept using data to explore crop yields. It began with an interactive map that showed climate variations at every weather station around the world, and another project that showed how climate change might affect food production in the U.S. When both projects were complete, she read about the notorious Ethiopian drought that has put 18 million people at risk of starvation and how governments were unprepared to deal with it. With her siblings’ own malnourishment plights as a backdrop, she began monitoring satellite imagery to create a system that could accurately predict crop yields months in advance.

She gives a huge assist to Santa Fe-based Descartes Labs for giving her access to satellite information — and an even bigger nod to her siblings, whom she uses as inspiration to make the world a more bountiful and better-prepared place.

“What’s wild is that most people doing this sort of work and research are certainly, if not an undergrad, then in graduate school — working with grant money or at least a team or a lab and with this whole support structure,” Richman said. “She and a few of the other kids of her ilk that won this year are teaching themselves this stuff, teaching themselves to code or about [artificial intelligence]. They’re 15, 16, 17 and they’re online teaching themselves without a lot of support. It’s remarkable.”

Thank you Lillian for caring and for giving your obvious great talents to help others all over the globe. You will be an inspiration to many others I hope.

Incredible, you go girl! A ray of bright in some hard, hard times. Cheers to you.