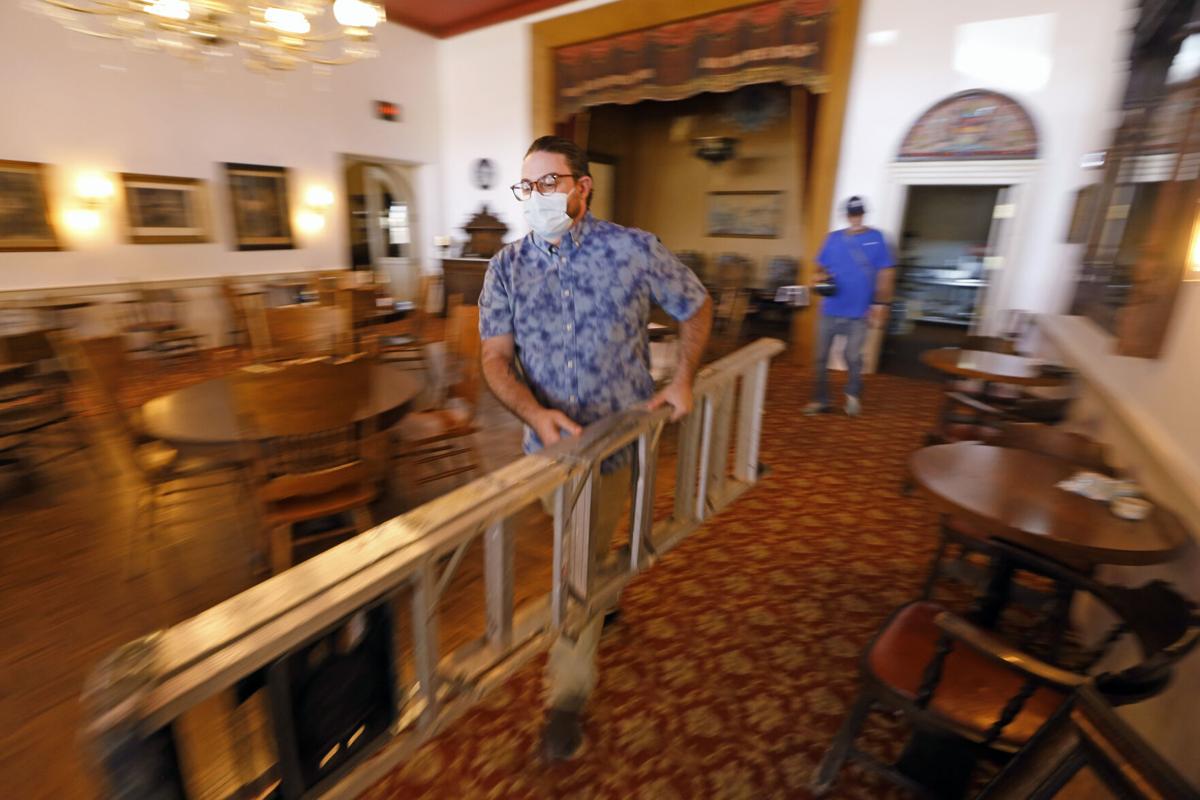 Sean Sinclair, operator and chef of the Legal Tender Saloon and Eating House, carries a ladder to replaces a bulb on one of the chandeliers Monday. The eatery opens Saturday in Lamy. 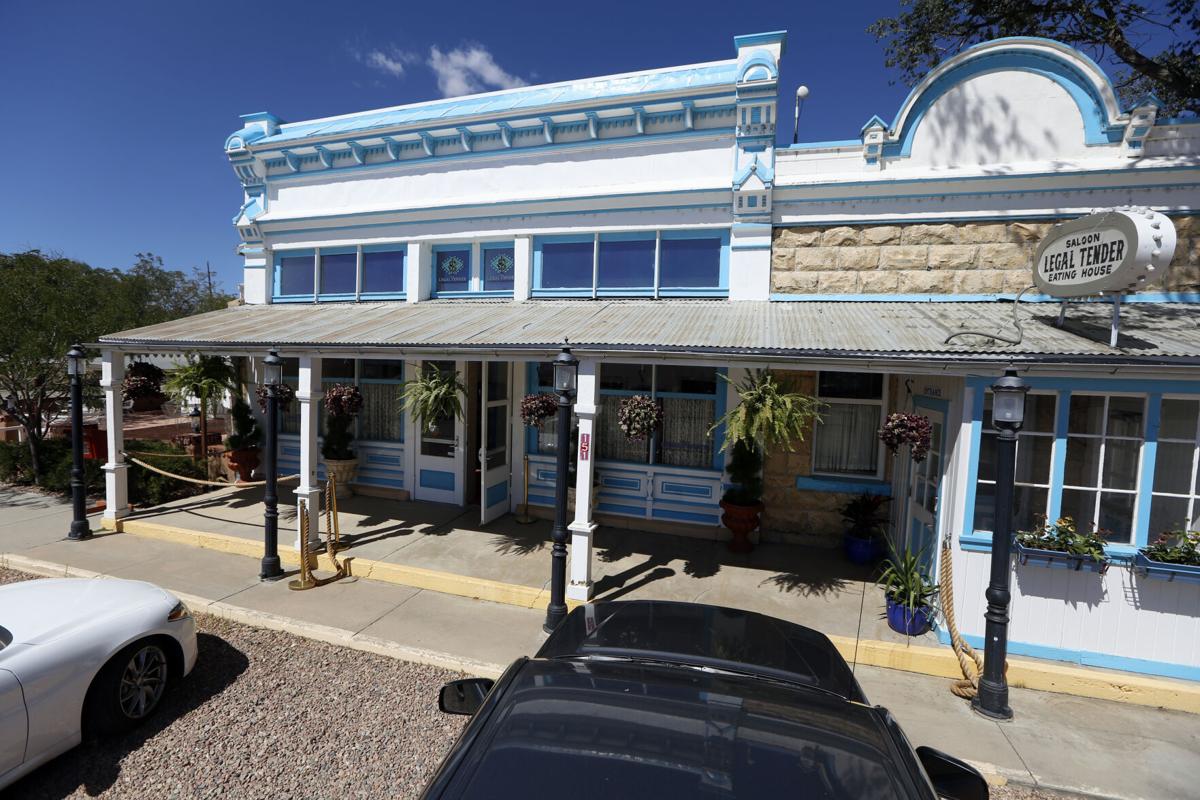 The Legal Tender Saloon and Eating House across from the Lamy Depot is set to reopen Saturday with a new operator.

Sean Sinclair, operator and chef of the Legal Tender Saloon and Eating House, carries a ladder to replaces a bulb on one of the chandeliers Monday. The eatery opens Saturday in Lamy.

The Legal Tender Saloon and Eating House across from the Lamy Depot is set to reopen Saturday with a new operator.

The Victorian era resumes Saturday at the Legal Tender Saloon and Eating House across from the Lamy Depot after an 18-month pandemic hiatus that saw a changeover in proprietorship.

Sinclair got the keys to Legal Tender on June 1 and anticipated an early July opening. But infrastructure needs and staffing challenges prompted a delay.

“We can open, but I don’t have an army behind me yet,” Sinclair said.

He will open with the 40-seat saloon and the 100-seat front dining room, but the 90-seat second dining room and 55-seat patio will remain unused for now.

The building and furnishings evoke the 1881 origins of the structure; the menu reflects the 1920s in a large folder with New Mexico cover art that opens forward rather than to the left.

Sinclair’s cooking leans toward “old school techniques with lots of butter and cream.”

“This is food I like to eat,” Sinclair said. “I’m just going to continue cooking what I love to cook. I cook this for my wife and kid and I felt it needs a permanent place.”

The prime rib and lobster along with steak are holdovers from old iterations of Legal Tender, though Sinclair said he reinterpreted the dishes.

Otherwise, his offerings are all new.

“I’m a sucker for oysters,” he said. “We pay very close attention to our seafood.”

Legal Tender will have a mushroom bourguignon for vegetarians.

Sinclair’s career has generally had a cosmopolitan flair, but he turned away from restaurant rows in 2018 to take on more remote assignments in Las Vegas and now Lamy.

Both were at the behest of railroad hotel revivalist Affeldt, who coaxed Sinclair away from Luminaria at Inn and Spa at Loretto, where he was executive chef for a year in 2017.

Sinclair is the executive chef/proprietor at the Bar Castañeda that he opened in April 2019 within the trackside Hotel Castañeda in Las Vegas, N.M. He was interested in expanding to Lamy when Affeldt proposed the idea in May after O’Brien pulled out.

“To move from landlord-tenant to business partner, to be in a financial tie with Affeldt, is a no-brainer,” Sinclair said.

Sinclair plans to move to Lamy but will still keep Bar Castañeda and Kin.

“I want to give [Legal Tender] the full attention it deserves,” he said. “I’m not leaving Las Vegas. I’m just opening another restaurant. I don’t want to hire someone to make it a success. I want to do it myself.”

Sinclair was born and grew up in Tijeras, but decamped out of high school to Portland, Ore., to study at Le Cordon Bleu College of Culinary Arts.

While in Portland, he worked at a number of restaurants, including Genoa, credited as Portland’s “original farm-to-table” restaurant by Oregon Wine Press. He was sous chef at the Inn at Little Washington in Washington, Va., before becoming executive chef at Farm to Table in Albuquerque and then Luminaria.

What is known as Legal Tender today was built as the Pflueger General Merchandise Store in 1881 with the Annex Saloon added to the east end in 1884.

The building became the Pink Garter Saloon in the 1930s and got its Legal Tender name in 1969, according to the Lamy Railroad and History Museum.

Legal Tender will be open Wednesday to Sunday and closed Monday and Tuesday.

Walk-ins are welcome in the saloon, but reservations are recommended for the dining room and can made by visiting tinyurl.com/2994vuv5 online.

Legal Tender will be open Wednesday to Sunday and closed on Monday and Tuesday. Walk-ins are welcome in the saloon but reservations are recommended for the dining room and can made only online at https://tbdine.com/lamy/restaurants/legal-tender-saloon-eating-house