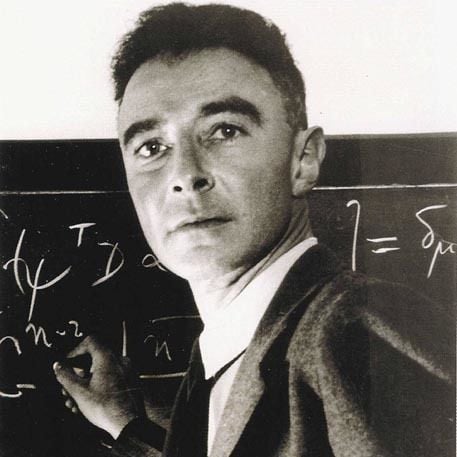 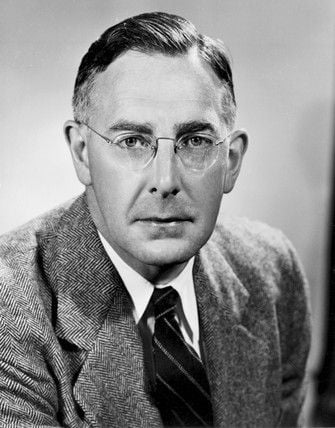 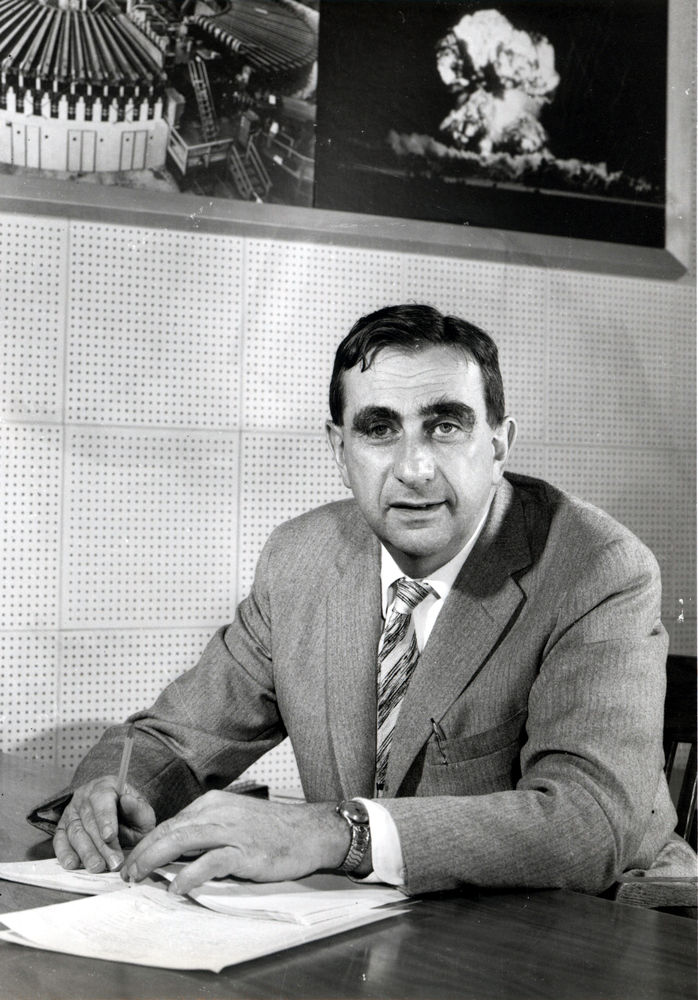 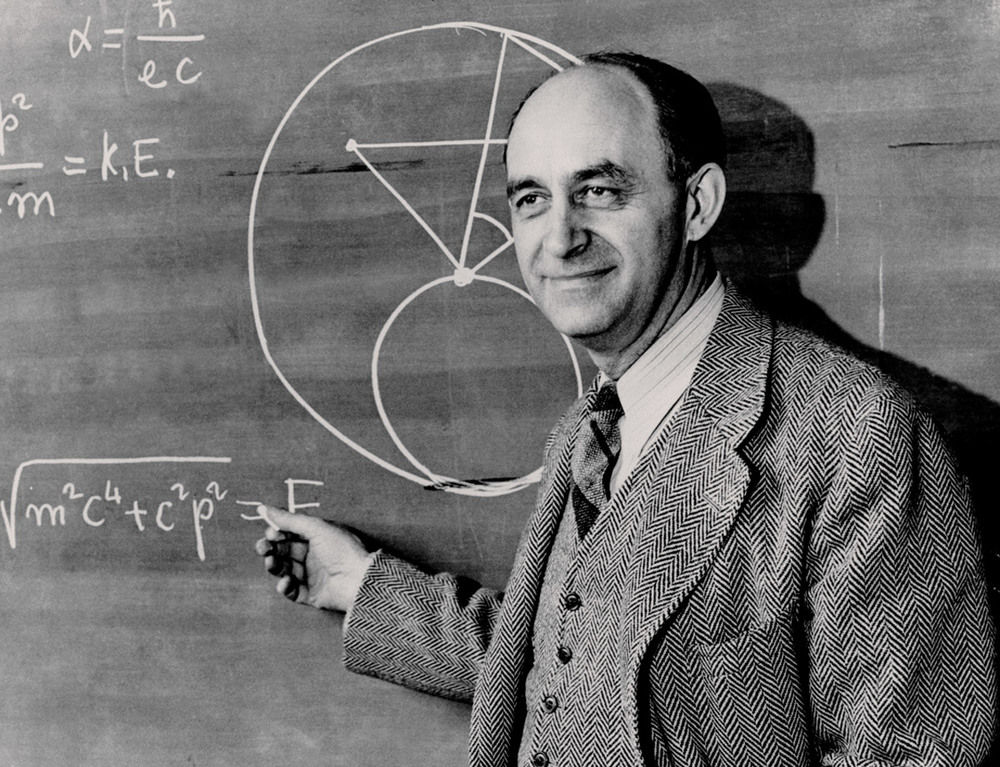 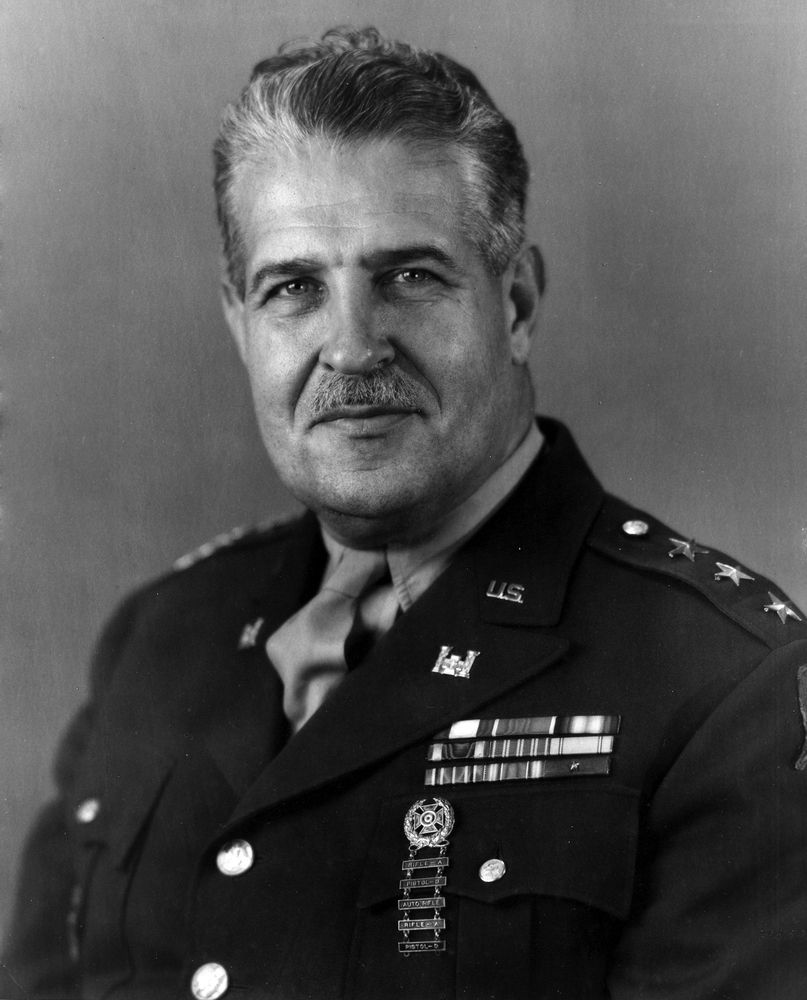 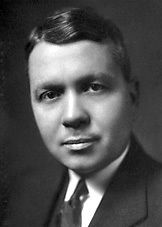 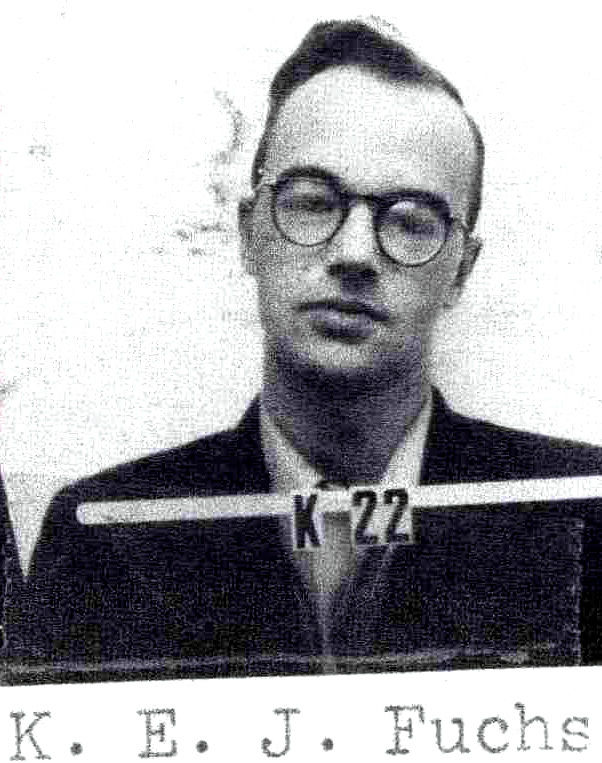 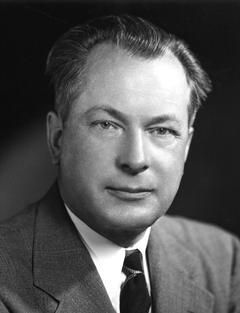 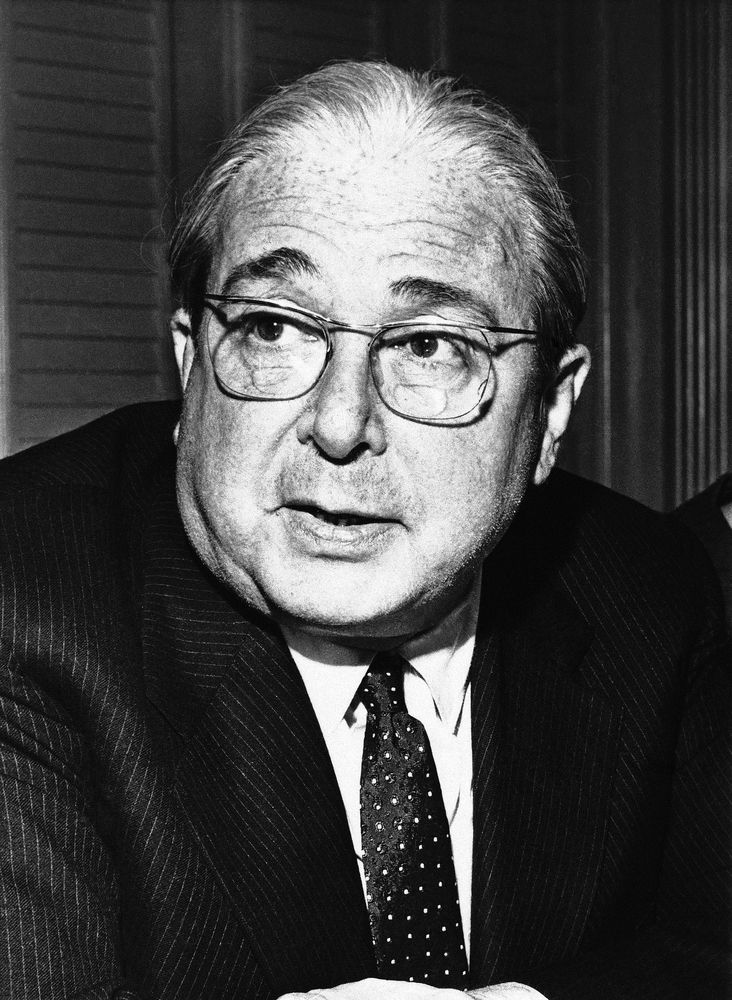 About 600,000 men and women worked on the Manhattan Project, according to the Atomic Heritage Foundation. Here are a few of the leaders:

Maj. Gen. Leslie Groves: Appointed to direct the Manhattan Project, Groves oversaw atomic research at Columbia University and the University of Chicago, along with managing construction, production and security at the main atomic bomb site in Los Alamos, Oak Ridge and Hanford. He hand-picked Oppenheimer to lead the project at Los Alamos.

Born in 1896 in New York, Groves was a West Point graduate who joined the Army Corps of Engineers in 1918. During the Manhattan Project, he was described by district engineer Col. Kenneth D. Nichols as a big “S.O.B” — demanding, critical, abrasive and sarcastic and “the most egotistical man I know.” Yet Nichols said if he had to work on an atomic bomb project again, he would want Groves as the boss.

J. Robert “Oppie” Oppenheimer: Called the Father of the Atomic Bomb, he was director of the Los Alamos laboratory and leading physicist on the Manhattan Project. Born in 1904, he became a theoretical physicist involved with design of an atomic bomb. He fell ill after high school, and his family sent him to New Mexico, where he recovered during long trips into the wilderness.

Oppenheimer had what the government considered “troublesome past associations with Communist causes,” but was picked to head the team because of his expertise. The scientist had a rocky relationship with Groves over the working conditions and deadlines set for his team. President Franklin D. Roosevelt sent a letter in 1943 to Oppenheimer hoping to placate the physicists and smooth over the relationship with Groves, according to the History Channel.

Oppenheimer and Groves watched the Trinity Site test from different locations to ensure that at least one survived to carry on the work.

Oppenheimer lobbied for international arms control after the war as an adviser to the Atomic Energy Commission. His security clearance was revoked in 1954 because of his prior Communist associations, outraging fellow scientists. He died in 1967.

Enrico Fermi: An Italian physicist and winner of the 1938 Nobel Prize in physics, Fermi built an experimental reactor pile under the University of Chicago’s Stagg Field in 1942. Two years later, he joined the team at Los Alamos as an associate director and key consultant. Working at the Hanford Site, he used a slide rule to determine how much uranium needed to be added to the reactor.

Present at the Trinity test, Fermi described the explosion as an intense flash of light and “a sensation of heat on the parts of the body that were exposed.” Ever a scientist, he measured the displacement of several pieces of paper he dropped when the blast occurred to determine that it was equal to “ten thousand tons of TNT.”

He became an American citizen in 1944 and served as adviser to the Atomic Energy Commission. Born in 1901 in Rome, he died in 1954.

Edward Teller: A theoretical physicist who pushed for a hydrogen fusion bomb at Los Alamos. He was at odds with other physicists over its development, though he later worked on one after the war. Wearing eye protection, Teller watched the detonation at Trinity Site.

Teller testified that Oppenheimer was a security risk during Oppenheimer’s hearing for security clearance in 1954.

Leo Szilard: A Hungarian-American physicist born in 1898, Szilard wrote the letter with Albert Einstein encouraging Roosevelt to develop an atomic bomb. His research on a nuclear chain reaction was patented in 1934. Szilard advocated for making a bomb before the Nazis did, but opposed using the bomb during war.

After the war, he helped found the Salk Institute for Biological Studies and the Council for a Livable World, becoming an activist for arms control. He died in 1964.

Otto Frisch: Born in Austria in 1904, Frisch developed the process with Rudolf Peierls for generating an atomic explosion in 1940. At Los Alamos, he was head of the Critical Assemblies group, determining exactly how much enriched uranium was required for a nuclear reaction.

After the war, he joined the Atomic Energy Research Establishment at Harwell Atomic Research in England as director of the nuclear physics division. He died in 1979.

Harold C. Urey: Urey was an American physical chemist who was awarded the 1934 Nobel Prize in chemistry for discovering “heavy water,” made up of one molecule of oxygen and two molecules deuterium.

For the Manhattan Project, Urey invented the diffusion method to turn uranium-238 into uranium-235, the form needed to make the bomb.

Following the war, while at the University of Chicago, he was part of a team that simulated the origin of life on Earth. He died in 1981.

Samuel K. Allison: An American physicist, Allison became director of the metallurgical laboratory at the University of Chicago, which in 1942 conducted the first controlled release of nuclear energy. He was sent to Los Alamos in 1944 as chairman of the Technical Committee. Allison’s voice counted down the Trinity test in 1945. He later joked that his ability to count backward made him famous.

After the war, he became director of the Enrico Fermi Institute of Nuclear Studies. He died in 1965.

Cyril Smith: The British metallurgist was born in 1903. He was assigned to work on the Manhattan Project as associate division head of metallurgy at Los Alamos. He was in charge of preparing fissionable material for the bomb. He was at the Trinity test and later was quoted as saying his reaction was relief that the bomb had worked and consciousness of extreme silence, “and a momentary question as to whether we had done more than we intended.”

Klaus Fuchs: A German theoretical physicist, Fuchs worked on the Manhattan Project at Los Alamos making theoretical calculations for the first atomic bombs and early hydrogen bomb models. Not until 1949 was he confronted about suspicions that he was passing nuclear secrets to the Soviet Union. He confessed to being a spy and was sentenced in England to 14 years in prison. He served nine years and then relocated to East Germany, continuing as a physicist. He died in 1988.

Robert S. Stone: In 1942, Dr. Stone was charged with understanding the effects of radiation on the researchers at the University of Chicago’s Metallurgical Lab. He was named head of the medical division charged with protecting the health of workers on the early Manhattan Project and protecting the public from hazards related to the work. Stone called the study of personnel working on the bomb “one vast experiment.”

Groves grew tired of Stone’s efforts to identify and defend workers against hazards, worried it would impede development of the bomb. He established a separate medical division within the Manhattan Project and named Stafford Warren to head it in 1943.

In 1947, Stone sought to have medical research on the exposure of people to radiation declassified for the public. His request was denied by the Atomic Energy Commission due to concerns that some of the people exposed had been “unwitting subjects of experimentation.”

Stafford Warren: A radiologist and personal physician to Groves, Warren headed the medical division of the Manhattan Project in 1944. In order to understand the impacts of different doses of radioactive materials, Warren’s medical staff injected isotopes of plutonium, uranium and other elements into hospital patients at the Universities of California, Chicago and Rochester and the Oak Ridge Army Hospital, according to a 1994 report to the Advisory Committee on Human Radiation Experiments. The injection program was halted in 1947.

After the Trinity test, Warren’s team investigated the radiation impacts. Groves reported that “while no house area investigated received a dangerous amount, the dust outfall from the various portions of the cloud was potentially a very dangerous hazard over a band almost 30 miles wide extending almost 90 miles northeast of the site.”

Warren took a team to investigate the impacts of the Hiroshima and Nagasaki bombs.

In 1947, Warren became the first dean of the University of California, Los Angeles School of Medicine. He was awarded the Enrico Fermi prize in 1971 for his work in science and medicine.

Source: Profile information and photos from the Atomic Heritage Foundation, the U.S. Department of Energy and the History Channel.

A legacy of duty, destruction

For the dwindling number of people still living who had a hand in making the atomic bomb, all the death, fright and global instability that their work unleashed has not, all these many years later, shaken their resolve that they did the right thing.

The description of "heavy water" is incorrect. Check Wikipedia.

Robert S. Stone is hardly ever mentioned, but he was right of course. The health effects were severe, and mostly suppressed by the AEC, for decades.

My hero, Szilard, was right on virtually counts. We had good reason to build the bomb, because of Germany, but using it on the Japanese was a "war crime", and created the nuclear arms race, as Szilard predicted. $7 trillion later, the nuclear weapons continue to make us LESS safe, not MORE safe. Also a brilliant scientist, his contributions, esp in graphite processing and uranium processing, were key to making the bomb.