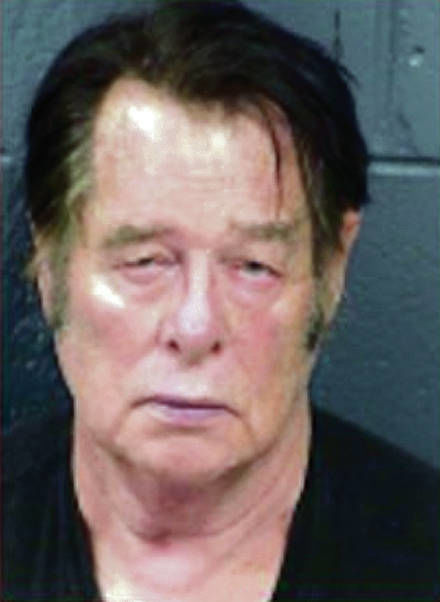 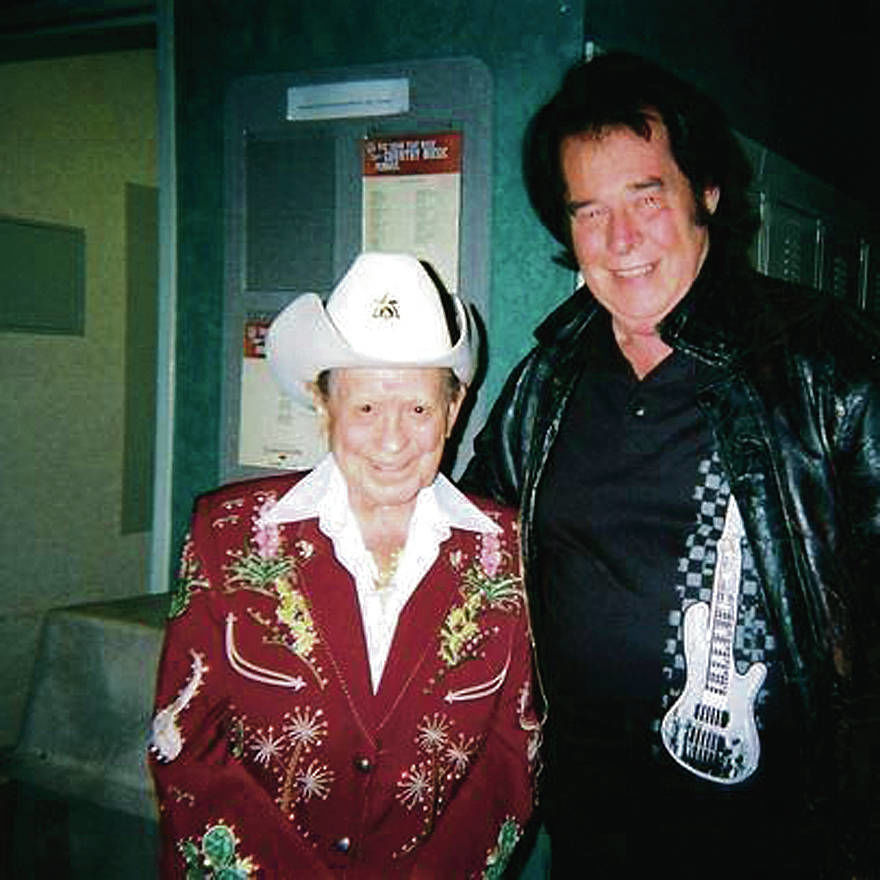 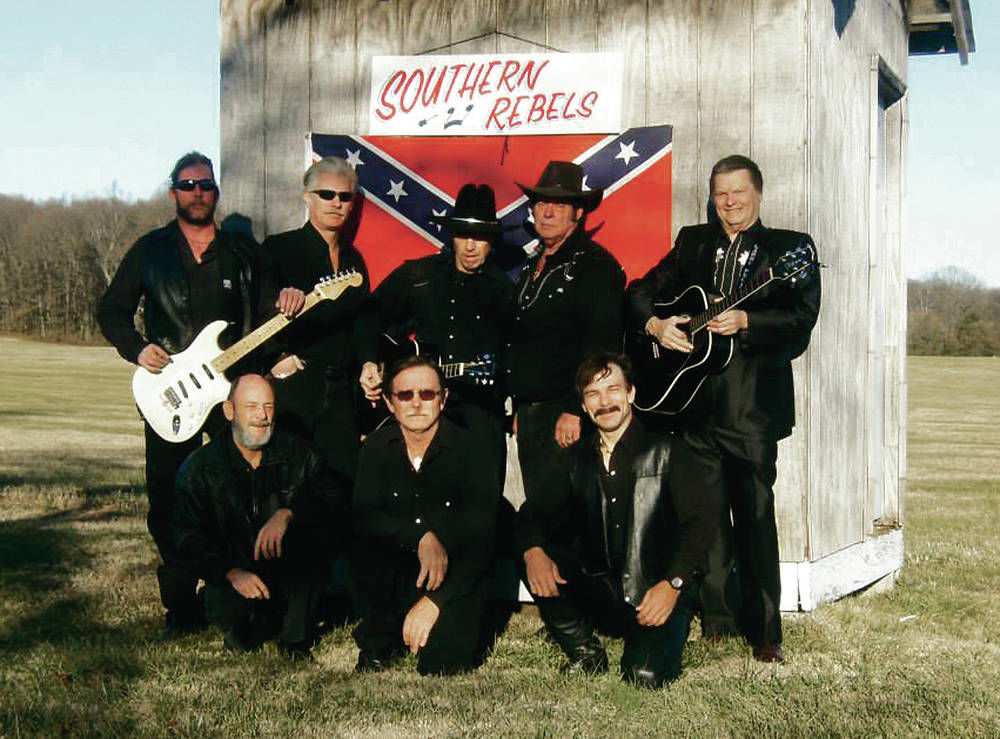 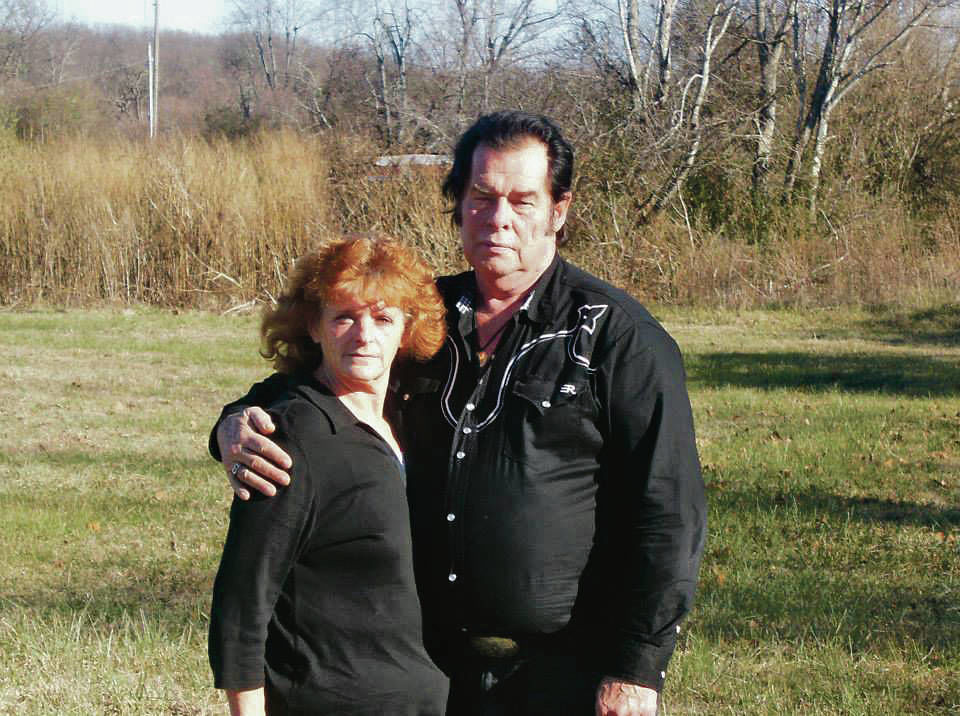 The head of a militia group that reportedly has been detaining scores of migrant families at gunpoint as they crossed New Mexico’s southern border was arrested Saturday by the FBI on charges of being a felon in possession of firearms and ammunition.

Larry Mitchell Hopkins, 69, who lives in the tiny village of Flora Vista in San Juan County, was arrested in Sunland Park, a border town near El Paso, the FBI said in a statement.

It wasn’t Hopkins’ first arrest on a weapons charge. He faced a similar count in Oregon in 2006. Though, Hopkins’ original felony conviction was not immediately clear. The FBI said in the statement that it would not release further information until after his first court appearance, scheduled Monday in U.S. District Court in Las Cruces.

Online New Mexico court records did not show any charges for Hopkins, who also has used the names Johnny Horton Jr. and Scott Alan Curtiss.

Hopkins, who has said in court documents that he runs an entertainment business and is a musician and recording artist, is the leader of the United Constitutional Patriots, a group of “Americans that believe in the constitution and the rights of every American that will stand up for there[sic] rights in unity and help keep America safe,” according to a Facebook group page.

Last week, the militia detained about 200 migrants, most of them Central Americans who had just crossed the U.S. border with Mexico near Sunland Park, seeking asylum, according to the New York Times.

Militias have been operating along the border for years to try to curb the flow of undocumented migrants into the U.S., but the recent targeting of families — which are allowed by law to request asylum and typically surrender to Border Patrol agents — is raising the ire of human rights groups such as the American Civil Liberties Union, the Times reported.

“We don’t need citizens confronting them at gunpoint,” she said, referring to the men, women and children who have been making the arduous trek to the U.S. border in droves from nations such as Honduras, El Salvador and Guatemala.

The Facebook page for Hopkins’ group shows a video of masked men pointing guns at families with young children as they sit on the ground, awaiting Border Patrol officers.

“They’re already fleeing violence in their home countries,” Love said. “It’s an incredibly difficult journey, morale is low, only to be assaulted by citizens of this country? We can meet these folks with compassion.”

“This is a dangerous felon who should not have weapons around children and families,” New Mexico Attorney General Hector Balderas said of Hopkins in a statement issued Saturday. “Today’s arrest by the FBI indicates clearly that the rule of law should be in the hands of trained law enforcement officials, not armed vigilantes.”

Gov. Michelle Lujan Grisham said in a Twitter message a day before Hopkins’ arrest, “We are actively working with @NewMexicoAOG as well as local and state police. Menacing or threatening migrant families and asylum-seekers is absolutely unacceptable and must cease.”

But state Sen. Joseph Cervantes, who ran against Lujan Grisham in the Democratic primary race for governor last year, said Balderas must do more.

“NM Attny Gen. must arrest, charge and prosecute those kidnapping and pulling guns on immigrants in my Senate District/Sunland Park. Scolding them won’t cut it,” Cervantes tweeted Saturday.

Even Gavin Clarkson — a New Mexico Republican running for U.S. Senate who met with members of Hopkins’ militia in March, according to a video posted on Facebook — decried their efforts Saturday. He said on Twitter that “masked militiamen are the antithesis of what a free republic looks like. I absolutely condemn their lawless activities.”

It wasn’t clear Saturday how Hopkins’ arrest would affect the activities of United Constitutional Patriots at the border. One member, though, appeared to warn supporters on Facebook that the group was under siege.

Chuck Davis, who identified himself as the head of intelligence and chaplain of United Constitutional Patriots, said in a post Saturday, in all capital letters, “We have an emergency. The commander was arrested by the FBI at base camp. It was a set up.”

Davis went on to say that “they are trying to use [Hopkins’] past from 50 years ago.”

Other Facebook posts indicate the group has faced a mix of troubles and support since news emerged late last week that it has been holding families at gunpoint. PayPal suspended an account the group was using to collect donations, a member posted Friday. By Saturday, another member had posted information about a new PayPal account where backers could send funds to cover costs of supplies for the militia’s border operation.

Hopkins has a troubled history, according to court documents.

In a U.S. District Court case in South Dakota accusing him of failing to pay child support in Washington state, Hopkins argued that he had a tough upbringing. He also claimed in a 2011 sentencing memorandum, seeking probation in the case, that he had never met the child to whom he owed support and that he had been told while he was in prison that the child had died.

He had an “extremely abusive” stepfather, he wrote, who had removed him from school when he was 13 and sent him to work for the man’s logging company.

Hopkins toiled in wilderness logging camps, where he had little to eat, he said in the memorandum, adding his stepfather often told him, “You haven’t worked hard enough to eat beans boy” and fed him “mush.”

He was made the butt of jokes at the work camps, he said.

After telling another logger that his 17-year-old sister had become pregnant out of wedlock, Hopkins wrote, his stepfather kicked him out of the house with two boxes of clothes, saying, “Why, I ought’a shoot you boy. What right do you have telling anybody your sister is pregnant.”

Hopkins said a trucker picked him up and drove him to the home of an aunt and uncle, and he “began his exposure to the Court system at that time.”

Eventually, he was given a choice by the court to join the military or go to a home for neglected children, he said; he chose to enlist at age 17. He served in Vietnam from 1967-70, he said.

Hopkins was charged in 2006 in Klamath County, Ore., with impersonating a police officer and being a felon in possession of a firearm, according to court records uncovered by the Southern Poverty Law Center, which monitors hate groups and extremists in the U.S.

A Klamath County Sheriff’s Office report said Hopkins was found at a gas station in Keno, Ore., showing firearms to youth and telling them he was a police officer; he displayed a badge that said “special agent” and numerous medals pinned to his shirt, according to the report.

Hopkins had been “bragging about going on drug stings in Louisiana and stating that he worked for the government,” a deputy said, adding that Hopkins told him he worked “directly under George Bush.”

A witness told deputies that Hopkins had claimed to be a “fugitive bounty hunter” and a police officer.

In his guilty plea in the case, records show, Hopkins acknowledged to the court that he had given “the impression to others that I was a peace officer” while unlawfully carrying a firearm as a convicted felon.