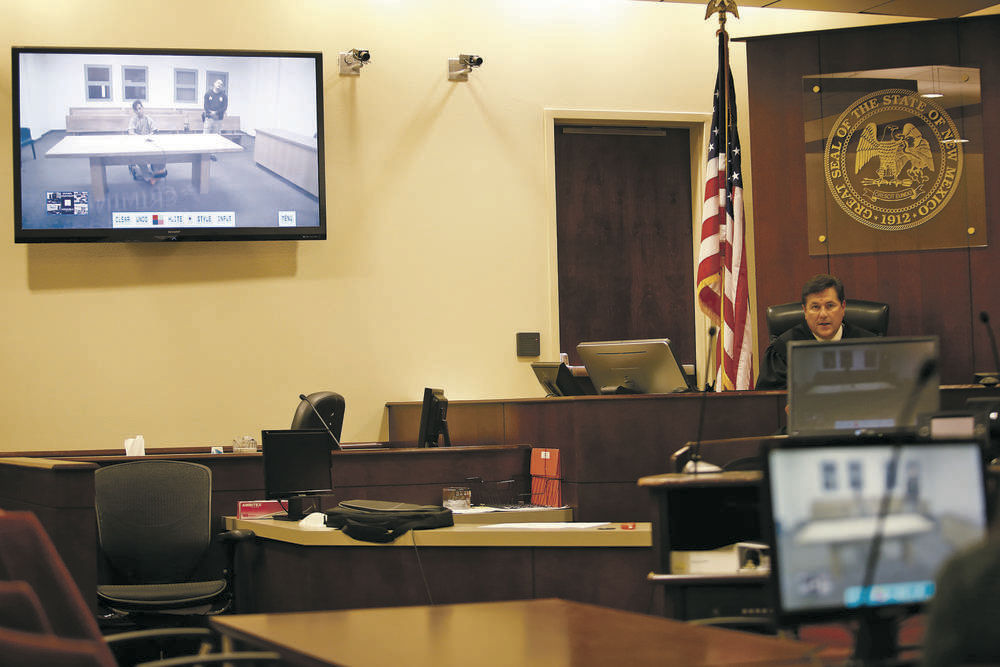 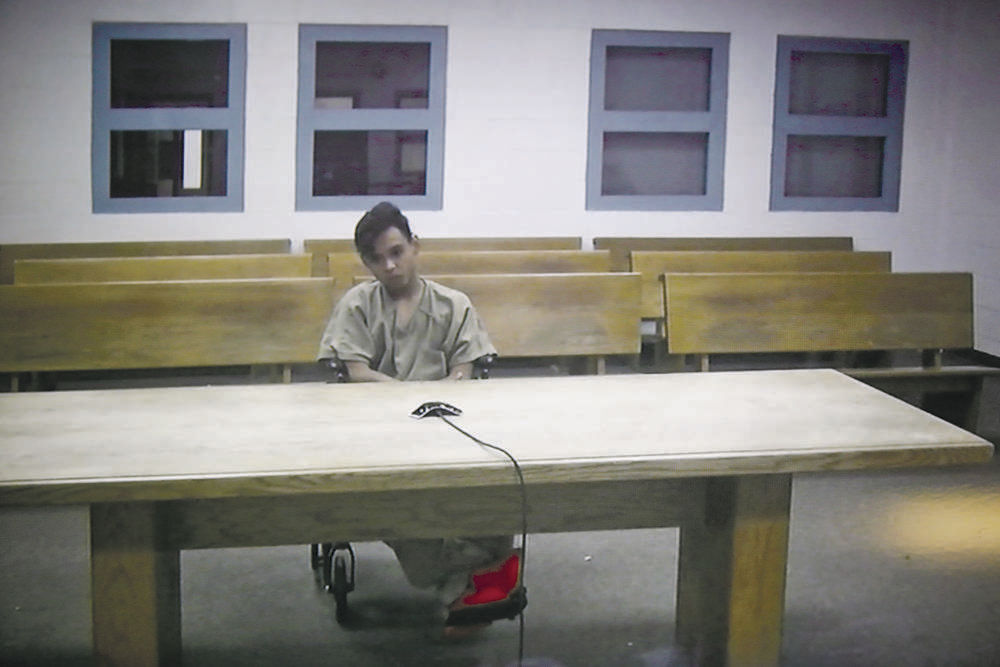 The attorney for a Santa Fe man charged with vehicular homicide in the death of an Albuquerque hip-hop artist suggested at a court hearing Monday that someone else may have been driving his vehicle in the crash.

According to police reports, investigators believe Diego Pichardo-Rodriguez, 24, was speeding and driving on the wrong side of West Alameda Street around 10 p.m. Nov. 3, when his black Chevy pickup crashed into a Ford sedan driven by Andrew Martinez near the intersection of Camino Alire.

Martinez, who performed hip-hop under the name Wake Self, died from his injuries two days later. Martinez’s passenger, Kevin Allende, was hospitalized after the crash and underwent several surgeries to repair multiple broken bones.

During a state District Court hearing Monday on prosecutors’ motion to have Pichardo-Rodriguez detained until trial, his defense attorney, Megan Dorsey, said she had obtained thousands of documents from the District Attorney’s Office over the weekend that include statements from witnesses who reported seeing a light-colored truck carry someone away from the crash scene before police arrived.

According to a handwritten witness statement Dorsey submitted to the court, a neighbor had run outside after hearing a loud crash and saw a man get out of a light-colored truck, “say something to the car at the wall,” and then to go to “the overturned vehicle in the intersection. They pulled someone out, and when they heard the sirens, they got back in their vehicle along with the person from the crashed vehicle.”

The truck drove away, “swerving to avoid the crashed vehicles,” the statement said.

Another witness wrote in a statement they had seen “a white newer model Chevrolet pickup come on to the scene of the accident.” A person in the black, crashed pickup got into the white pickup, which quickly left the scene, the witness said, adding that all occupants of both pickups were talking loudly in Spanish.

Dorsey declined to comment on the witness statements and other evidence after the hearing, saying she hadn’t finished reviewing them.

Prosecutor Julie Gallardo argued during Monday’s hearing that Pichardo-Rodriguez should remain jailed until trial because he poses a danger to the community. He had been released from jail in June on another pending DWI charge when the crash occurred, Gallardo said, and had violated the conditions of his release on multiple occasions by testing positive for alcohol.

Pichardo-Rodriguez was hospitalized for several weeks following the crash but was arrested Nov. 19 on a warrant.

That same day, Pichardo-Rodriguez had a hearing in his June DWI case, in which Santa Fe County Magistrate David Segura found he could remain out of jail, on house arrest, with electronic monitoring.

Dorsey noted Monday that prosecutors had not informed District Judge T. Glenn Ellington, before he signed the arrest warrant for Pichardo-Rodriguez, about Segura’s ruling earlier in the day.

Gallardo told Ellington she did not handle the lower-court hearing.

Ellington granted the state’s motion, saying the only scenario in which he might allow Pichard0-Rodriguez’s release before trial was if he were admitted to an inpatient treatment center.

The judge had a concern, however, he said, “that in the District Attorney’s Office, the right hand doesn’t know what the left hand is doing. I would assume, I guess incorrectly so … that you would have been aware of what had been argued.”

Pichardo-Rodriguez was moved from the Santa Fe County jail to a correctional facility in Los Lunas late Friday after attorneys agreed the jail could not provide the medical care he needs to recover from surgeries to repair injuries he sustained in the crash, including a broken pelvis.

Everybody was badly hurt or killed in the wreck, and this "driver" came out without requiring hospitalization? Reasonable doubt needs to be realistic doubt.

No wait!! The REAL driver was a a drunk, Spanish-speaking alien from Roswell! The white truck drove him to a waiting space ship. He’s now on his home planet nursing a hangover...