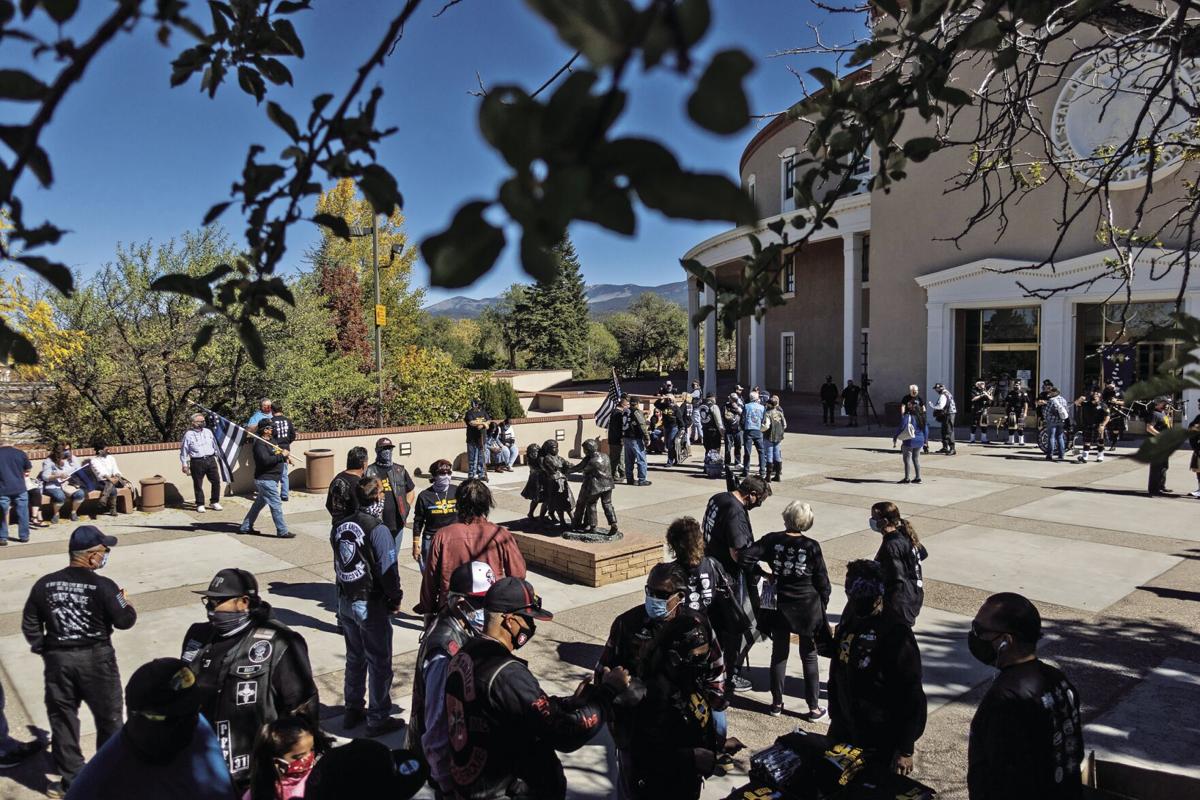 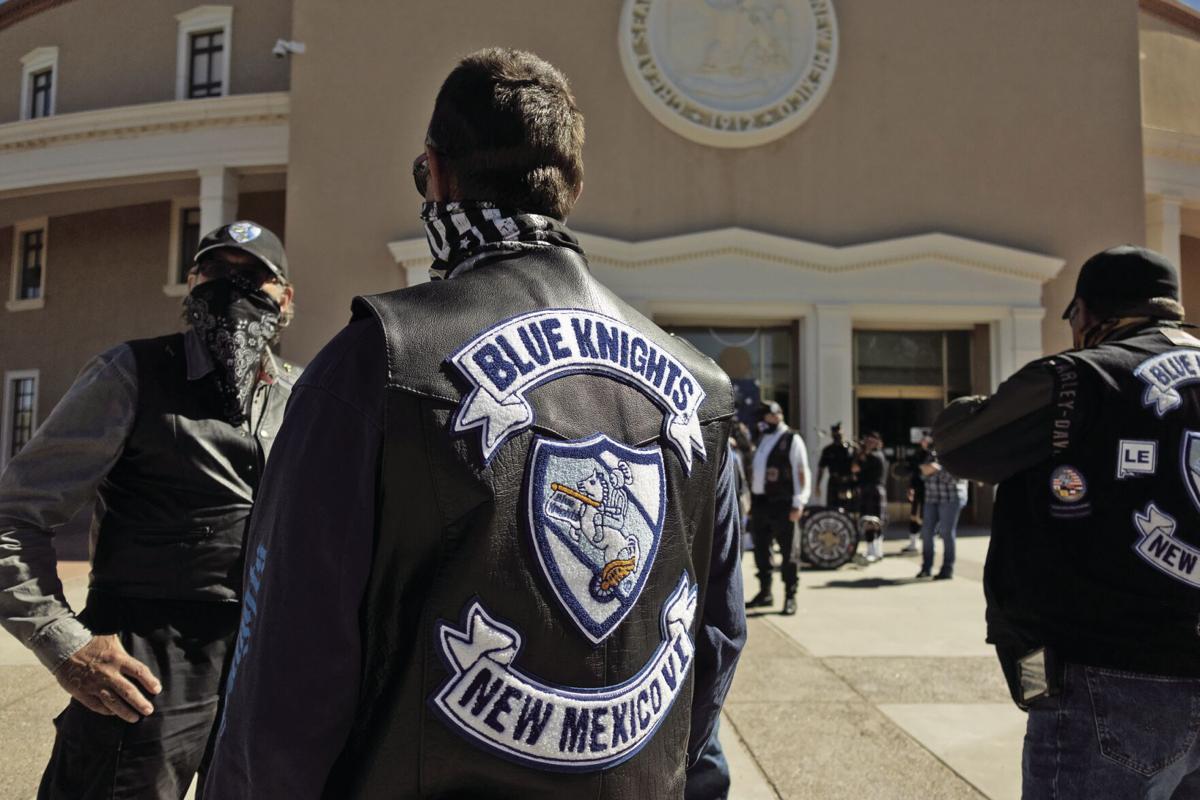 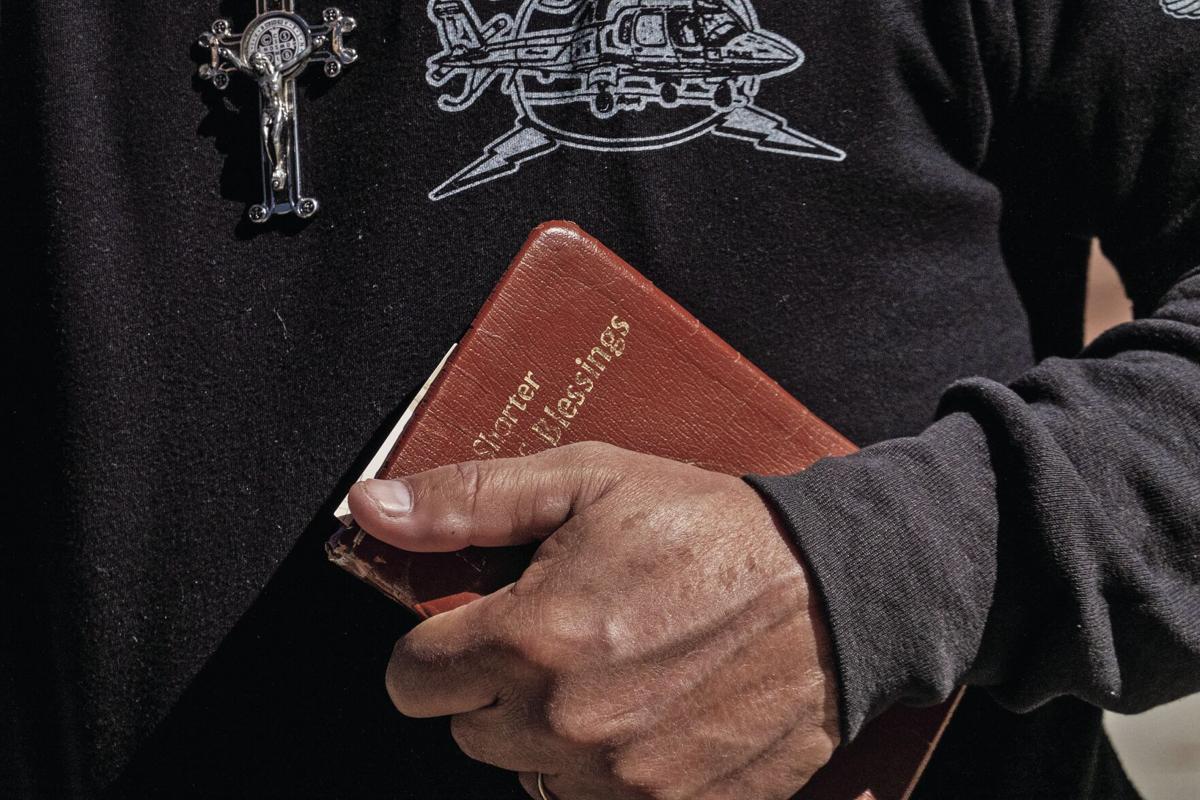 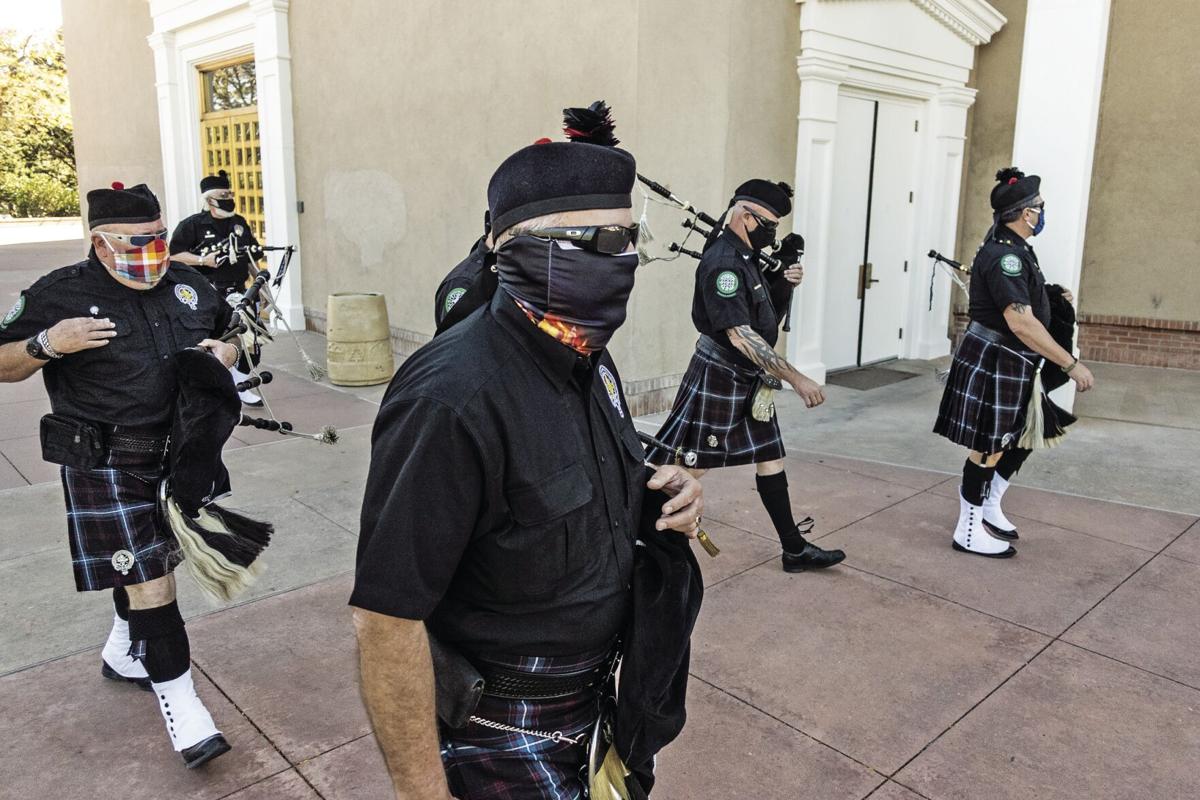 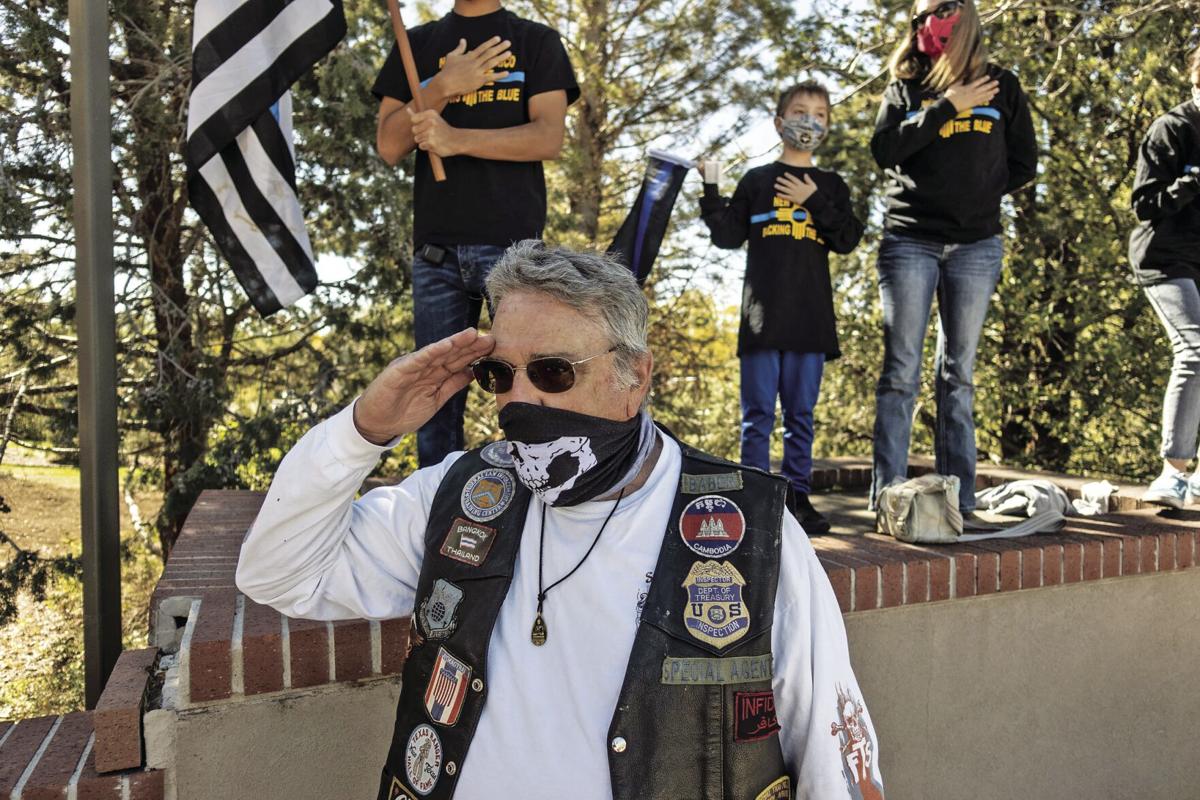 Amid an outpouring of civil unrest calling for reforming the country’s police departments, around 50 New Mexicans rallied at the Roundhouse on Saturday in support of law enforcement.

Speakers at the rally, organized by the Fraternal Order of Police, spoke of strengthening qualified immunity, a controversial legal doctrine that can shield police from being held personally liable for violating a person’s constitutional rights.

“Qualified immunity protects an officer from getting sued. Say I went out and did a traffic stop, and the guy wants to get in an argument with me and gets out and pushes me, and I push him, and he falls and hits his head on the car,” said James Flores, a retired Albuquerque police officer who serves on the national board of directors for the Fraternal Order of Police.

“Then I’m going to lose my car and my house because I have to go out and hire an attorney on my own just for doing my job. A year later, the case is ruled in the favor of the officer, but the damage is already done.”

According to the Washington Post, police in New Mexico have shot and killed 111 people since 2015. In June, the governor signed into law a nine-member New Mexico Civil Rights Commission to examine violations of state constitutional rights and review the use of qualified immunity.

“Our communities are marching to demand changes that rethink policing,” House Speaker Brian Egolf, D-Santa Fe, said at the time.

Saturday’s rally started with the Pledge of Allegiance and ended with a prayer. Attendees and organizers spoke about an ongoing national narrative that mischaracterizes officers.

“All we want is fairness. We know we owe it to the people and our communities to treat them fair,” said Toby Gallegos, president of the Albuquerque branch of the Fraternal Order of Police. “If there’s a bad cop, we want him out, but we’re all innocent until proven guilty.”

According to the Fraternal Order of Police, 242 officers across the country have died of COVID-19 contracted “in the line of duty.”

“Officers can’t really call ahead and make sure everyone is wearing a mask or has tested negative,” said Bob Martinez, former president of the New Mexico branch of the Fraternal Order of Police. “When the job by nature involves interacting with the public, I think a lot of us are worried about officers being protected from the virus.”

After the events that took place on the Plaza just recently. With Officers being Assaulted and killed in our Country our politicians should be supporting and funding or police departments more than ever!!! Egolf and his colleauges should be looking and comparing stats so that they can learn something. Not only locally but nationally too.

Amazing, a large group of people protesting, but no rioting, looting, vandalism, or arson??? I am astonished that this paper covered such a boring thing. This paper likes the left wing types better, more news worthy mayhem.

The fact that the officer speaking thought it was acceptable to push a traffic offender hard enough to fall and crack his head exemplifies the lack of training and professionalism.

And that was a hypothetical situation he made up! Even with all the creativity they can muster, they still fantasize about abusing power.

I have to agree wholeheartedly with Mr. Gallegos' statement "...but we are all innocent until proven guilty". However when people start talking about getting rid of the "bad cops" then these organizations position is to suddenly close ranks as if it is an attack on all of law enforcement, which should not be the case. Even though most departments require psychological tests during the recruitment and hiring process, they only measure suitability but does not indicate their sanity or lack thereof, and as such additional screening (social media for one!) would very much be in order to help reduce some sneaking through the cracks. It also would help if the "Blue Wall" were more interested in making sure that their fellow officers are competent, reasonable, and sane instead of the traditional closing of the ranks.

Surely the same measure of innocence before guilt should have been afforded to Breonna Taylor, George Floyd, Philando Castile, Jacob Blake et al., instead of the seemingly increasing trend of shooting first and asking questions later.

We want fairness too. While this rally was going on, three SFPD officers were standing outside their cruisers in front of the palace of govs while plenty of tourists walked around the plaza maskless. And they just turned in a bunch of case files late. Read the new Reporter article about how they've been covering up comaints:

We would love to support you more but we feel like we're getting the short end of the stick on the protecting and serving.

Tourists without masks are everywhere now and growing exponentially everyday. Maybe we begin to build a wall on the Texas border.