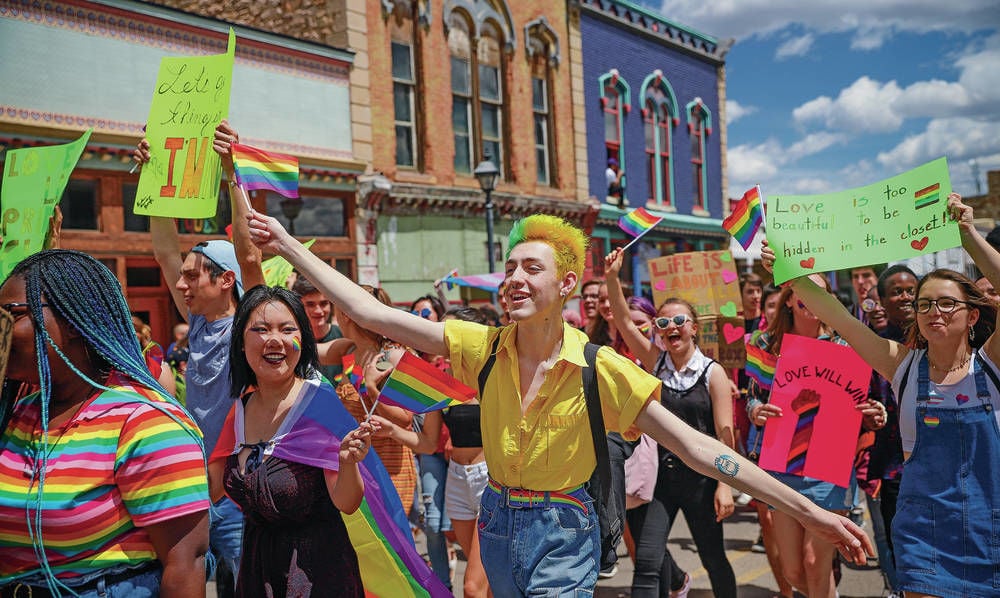 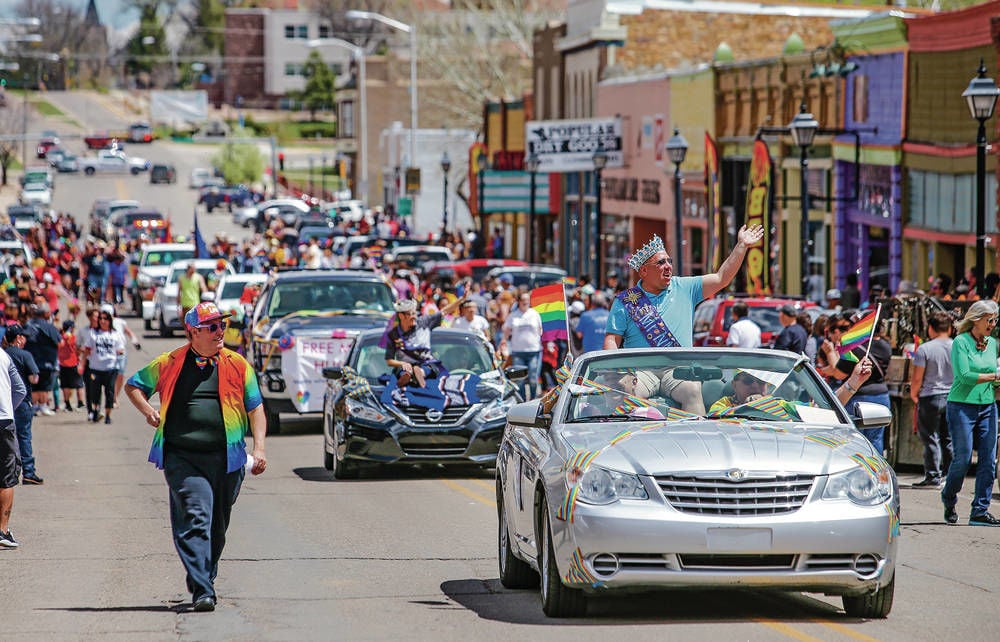 Decorated cars travel down National Avenue in Las Vegas, N.M., on Saturday for the city’s inaugural Pride Parade and Festival. The event was organized by a coalition of community members and students from New Mexico Highlands University. Gabriela Campos/The New Mexican 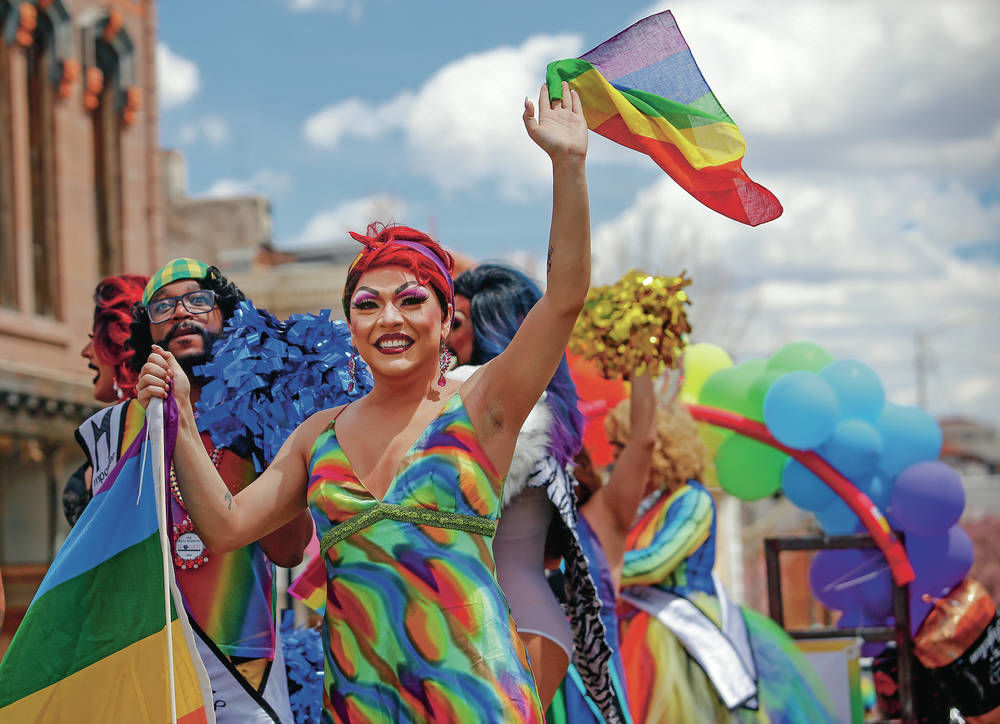 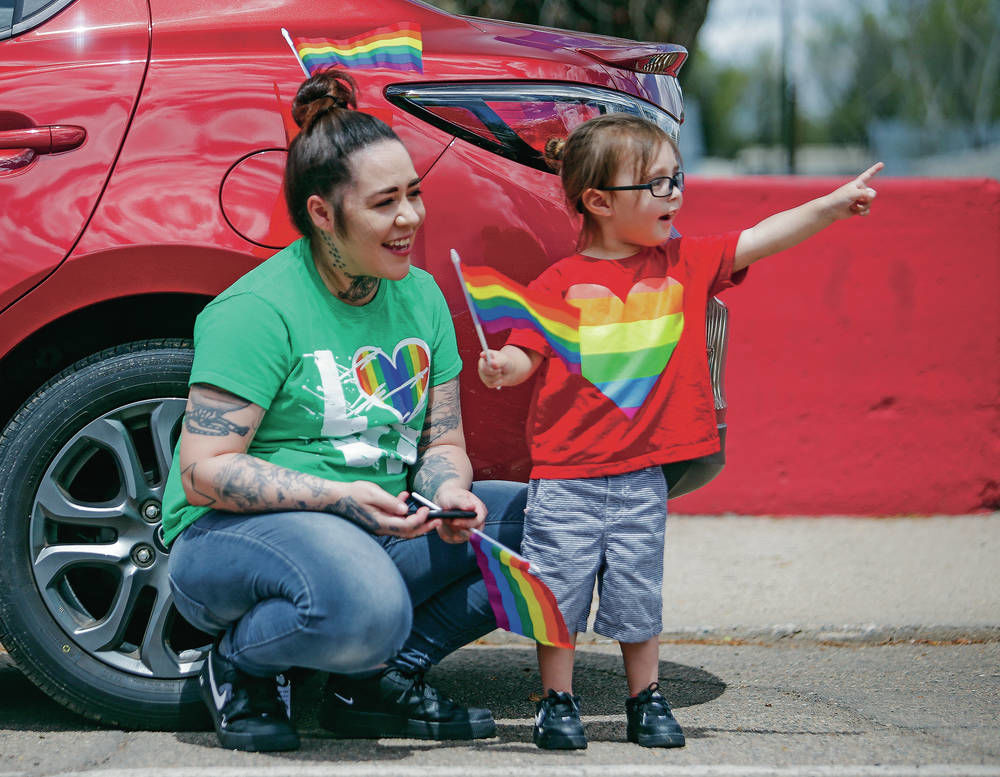 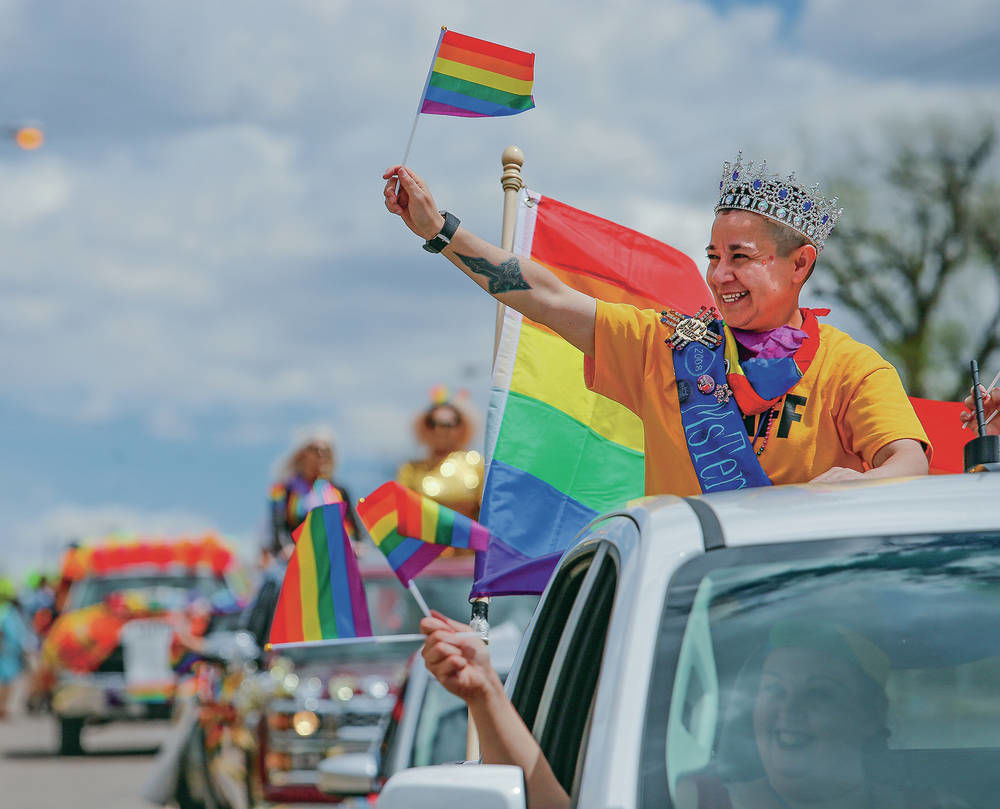 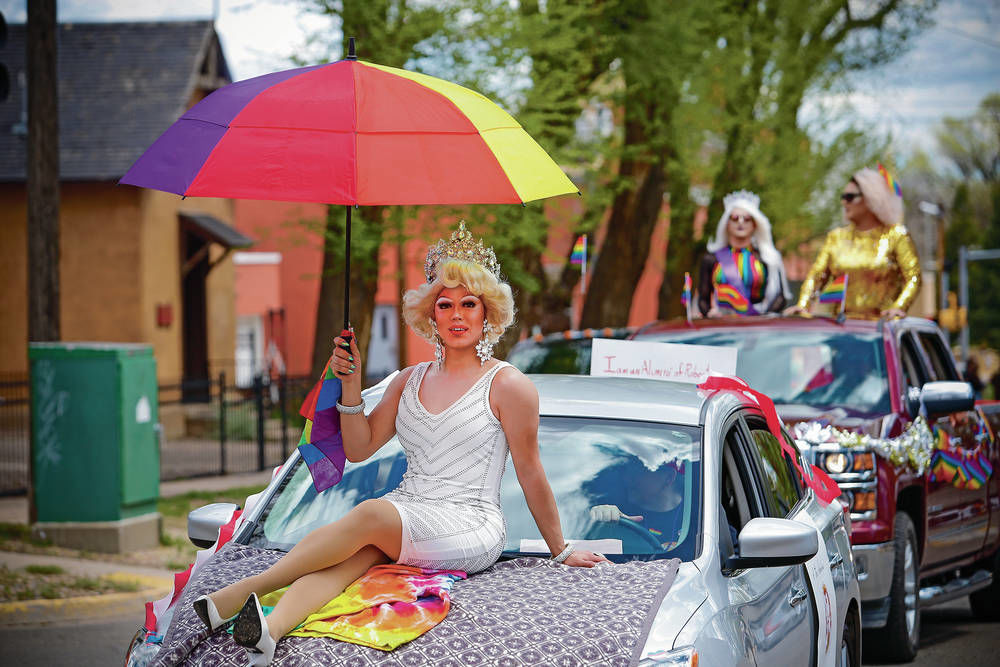 Kiki Stratton, who’s originally from Las Vegas, N.M., rides atop a car at the beginning of the city’s inaugural Pride Parade and Festival. She’s empress of the United Court of Sandias, a charitable LGBT organization. Gabriela Campos/ The New Mexican

The event was organized by a coalition of community members and students from New Mexico Highlands University.

Jay Quiles, an organizer who served as grand marshal of the parade, told The New Mexican: “Now … kids here have the chance to feel loved and accepted in a way that wasn’t provided to me. To me, that is more fulfilling than being in the parade itself.”