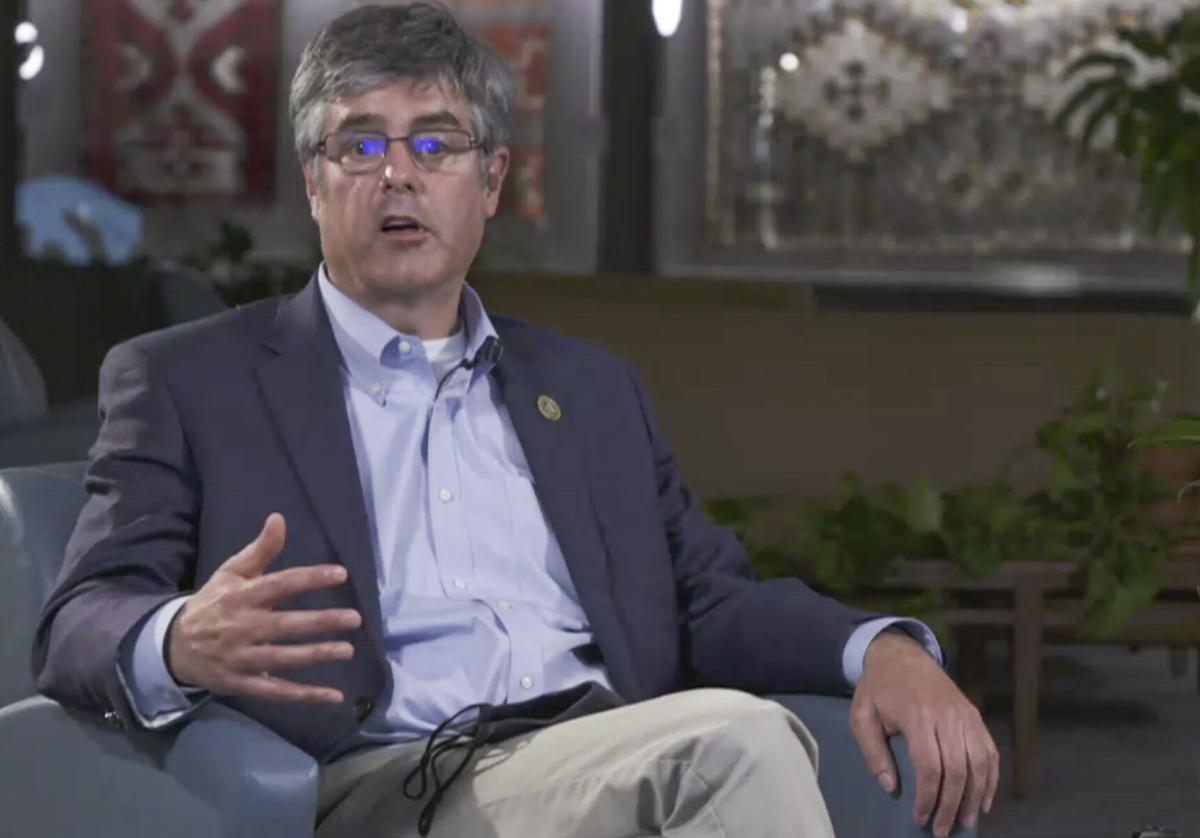 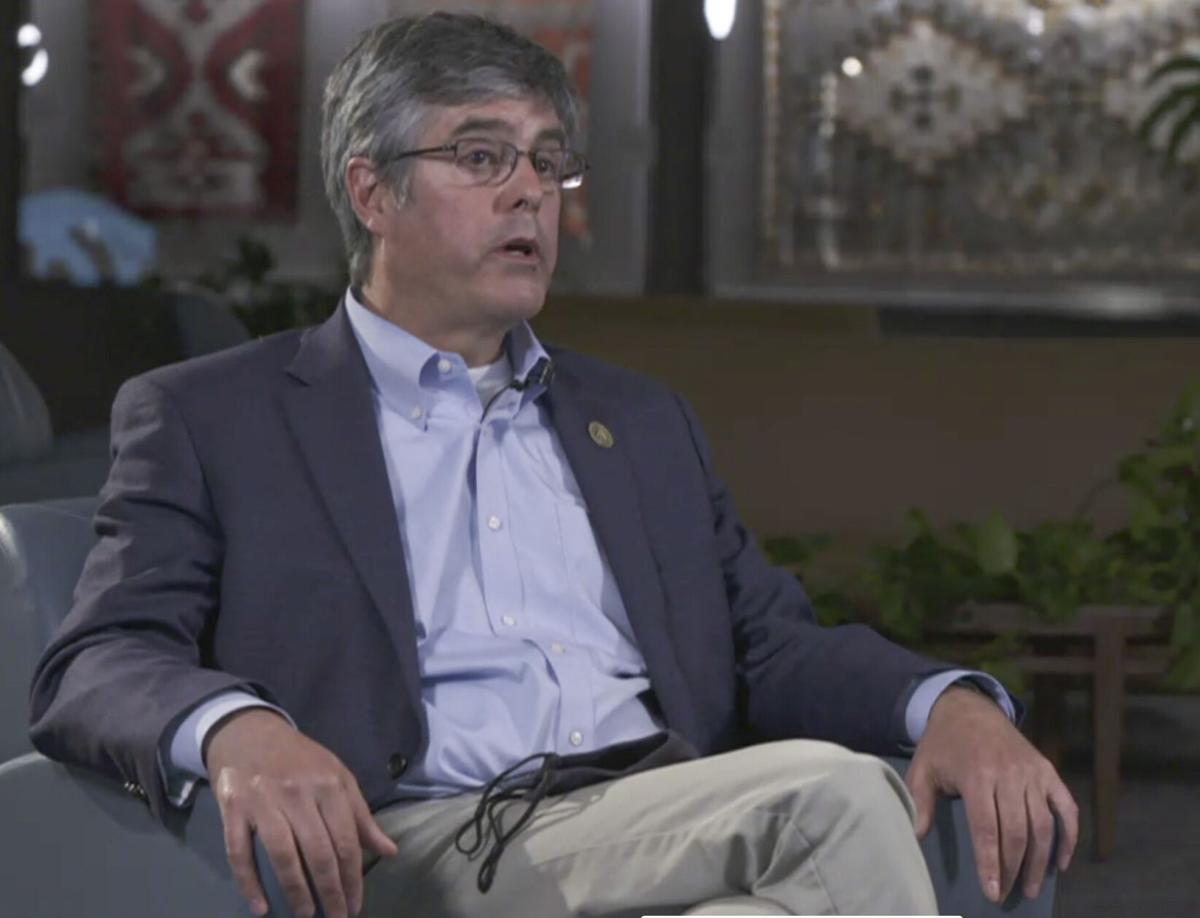 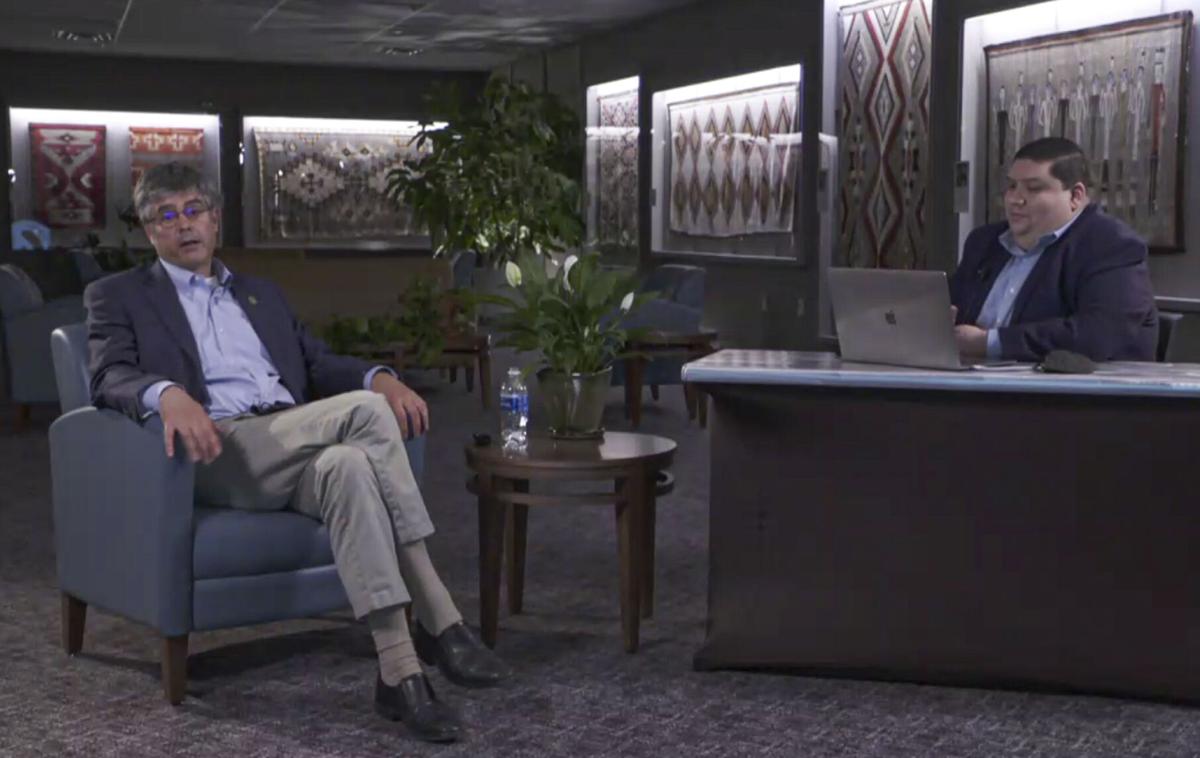 Los Alamos National Laboratory’s primary mission will remain national security into the foreseeable future — with the nuclear weapons program as the mainstay — even as the lab branches further into medical science, ecology and space exploration, Thom Mason, the lab’s director, said during an online forum with residents Thursday.

While national defense is still the hub of operations, Mason grew animated when he talked about the lab’s other scientific ventures, such as computer modeling that helps measure the coronavirus’s spread, a high-tech tool that gauges whether wildfire smoke warms the climate and the plutonium heat source powering the Mars Perseverance rover.

But he made it clear that modernizing the nuclear stockpile makes it all possible, not only because of the hefty funding that a national lab receives for this purpose but because of the technologies related to the program being applied to other endeavors.

“That’s definitely the largest part of what we do,” Mason said, estimating that 70 percent of the lab’s funding is tied to the weapons program.

The lab received $3.74 billion in funding for fiscal year 2021, Mason said. He displayed a chart that showed significant funding increases over the past five years and that it would peak at about $4 billion in 2023 before leveling off.

The funding increases were to pay for new supercomputers and infrastructure upgrades, including at the facility that will make plutonium pits that trigger nuclear warheads, he said.

Plans call for the lab to make 30 pits a year by 2026, Mason said. He then covered familiar ground by explaining that the pits aren’t to expand the nuclear arsenal but to replace the aging bomb cores that were made in the 1980s.

“They have been tremendously robust,” Mason said. “However, we’re now moving well beyond the life span that was ever envisioned.”

The National Nuclear Security Administration, which oversees the country’s weapons programs, has approved the lab for “critical decision 1,” Mason said.

That means the conceptual design for the lab’s pit production was approved along with the estimated cost of $2.7 billion to $3.9 billion for improving or adding the required infrastructure and equipment.

The estimated costs and completion date are preliminary and will be refined by the next critical decision phase, the agency said in a news release.

Mason seemed to take the news as an encouraging show of confidence.

When asked about Energy Secretary Jennifer Granholm making renewable energy a higher priority, Mason said the lab has researchers up for the task.

“The new administration has been signaling that they do really want to ramp up the investment in clean energy, climate mitigation and a lot of the underlying science,” Mason said. “Those are certainly areas that [the] lab has … significant expertise to contribute.”

Mason expressed doubts that the nuclear weapons program would diminish in priority under the Biden administration.

He pointed to the hefty funding bump this fiscal year as evidence of it remaining a high priority with both political parties.

“It passed Congress with a very, very strong bipartisan majority,” he said.

Geopolitical tensions continue, including with adversaries such as Russia and China, making a nuclear deterrent vital, both for the U.S. and its allies, Mason said.

The lab hired almost 1,200 people last year, half of them to replace outgoing employees and half as new hires, Mason said. The latest tally has the lab employing more than 13,000 people, with roughly 75 percent of them from New Mexico.

He noted that the lab had run out of office space, which is why it signed leases at two Santa Fe buildings.

Another sign of the lab’s growth are plans to install a third high-voltage transmission line, Mason said. The two existing lines are predicted to reach capacity in the near future.

The upcoming pit production is a small part of the increasing demand for electricity, he said. Supercomputers and the high-tech facilities use much of the power, he said.

Mason said he expects to begin to phase teleworking employees back on-site in the summer as vaccinations rise and infections go down.

So far, 9,000 lab employees have received at least one dose, he said, calling that “a tremendous first step.”

For now, he is keeping an eye on the larger COVID-19 trend in New Mexico, he said.

“Overall, it will depend on how the state does,” Mason said.

Replace aging pits? It would be such a bummer if we had to launch our nuclear arsenal and only half of them worked? We’d only be able to blow up the world ten times instead of twenty!

We need to stop the welfare to this antiquated industry. This is about sunken costs, not security. If we were serious about security, we'd put all this money into cyber. Russia has, and they're scheming a way to hack your Amazon account right now and your government is doing virtually nothing to stop it.

Cyberwarfare is something to worry about and counter, but just because a nation has a new arrow in its quiver doesn't mean the old one is obsolete.

That said, you have a credible point about fighting the last war. We and the Brits once built battleships right up until the point when the Japanese demonstrated they were quite good when deployed as artificial reefs. But even then, battleships had a meaningful but reduced role, mainly as shore bombardment and few important surface engagements (Naval Battle of Guadalcanal, Surigao Strait) but it was now the Age of Carriers. Hmm...we are still building carriers...

Oh, and BBs were good for providing anti-aircraft screening for the carriers.