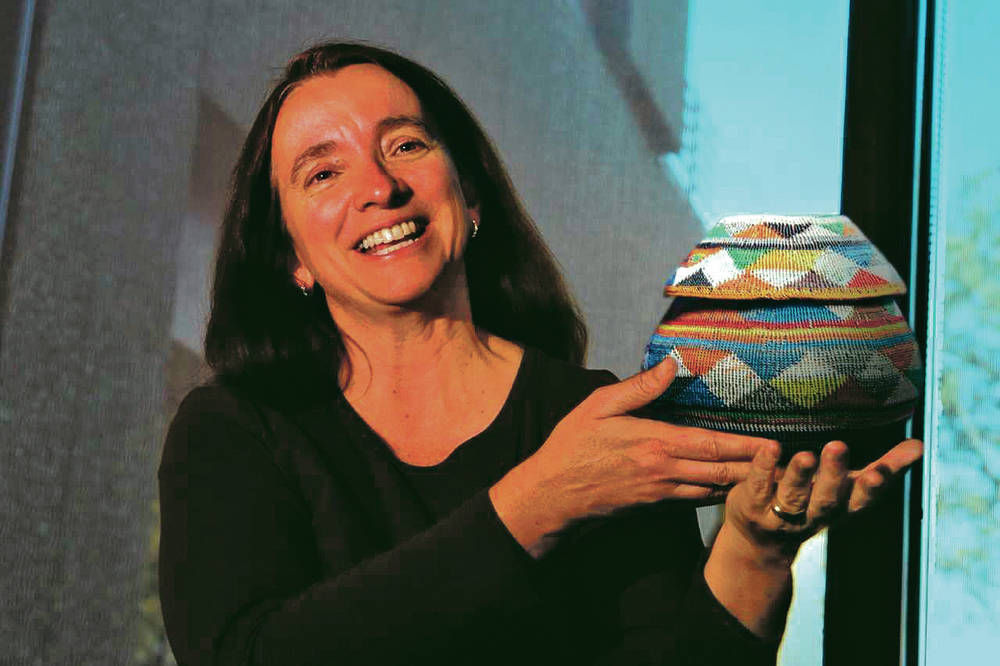 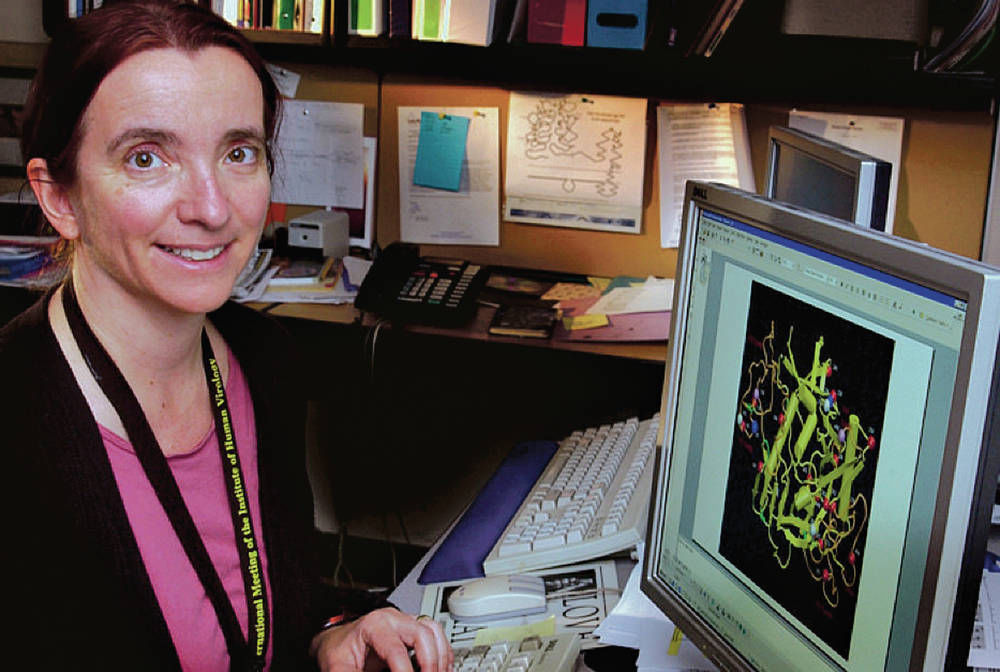 Bette Korber was studying chemistry and immunology as a postgraduate student at the California Institute of Technology when scientists first discovered what became one of the most deadly pandemics of our time: HIV/AIDS.

By 1984, around the time researchers had isolated the human immunodeficiency virus as the culprit behind the disease that became known as AIDS, nearly 5,000 people in the U.S. had already been infected.

Korber’s housemate was one of the early cases. He died in 1991, she said.

“It was tragic. He was one of my best friends,” Korber said. “I watched people I love, and it inspired me to try to do something to fight back.”

About a quarter-century later, she has. The theoretical biologist, now employed at Los Alamos National Laboratory, has designed a “mosaic” vaccine that is about to become one of only a handful of HIV fighters ever tested for its effectiveness in humans.

Researchers will spend the next few years studying a test population of 2,600 women in sub-Saharan Africa to see if the mosaics can indeed slow or prevent HIV infection in humans.

The search for an HIV vaccine has always been difficult, in part because the virus has the ability to mutate rapidly, creating multiple strains in different parts of the world.

Korber’s work attempts to create immune responses that can protect a vaccinated subject from the diversity of HIV strains.

It was first designed using computer programming, a process she developed in tandem with a machine-learning expert at Los Alamos. When she first presented the idea, Korber said, many scientists were skeptical.

“Nobody had really tried this kind of thing before, where you assemble a whole protein to solve that immunological problem on the computer,” she said. “Even after it worked, it was hard to convince people that this novel thing could be a vaccine because it hadn’t been done before.”

“The vast diversity of HIV-1 is a major challenge to vaccine development,” Dr. Dan Barouch, a professor at Harvard Medical School, told The New Mexican in an email. “The mosaic immunogens represented a breakthrough strategy in addressing this critical problem.”

Barouch’s team at Harvard partnered with Korber and Los Alamos scientists to further develop and test the mosaic vaccine in monkeys. An important part of the vaccine design process, Korber explained, was Barouch’s experimentation with different ways of introducing the vaccine to test subjects.

Ultimately, his team decided to use the common cold virus as delivery vehicles, or “vectors” for the vaccine.

The results were promising.

The vaccine routinely slowed the rate of HIV infection, Korber said, and sometimes prevented the monkeys from contracting the disease at all. The results of one study, published by an employee of Janssen Vaccines and Prevention of Johnson & Johnson, show monkeys treated with the vaccine had a 94 percent lower risk of contracting HIV each time they were exposed, compared to monkeys that were not vaccinated.

At the end of that trial, roughly 66 percent of the vaccinated monkeys were HIV-free, despite multiple exposures to the disease.

After the monkey trials, the vaccine was tested in humans to make sure it was safe.

The next step is an “efficacy” trial, to see how well the vaccine prevents infection in humans.

“To get to an efficacy trial is really a triumph. I’m excited that this has done well enough in monkeys,” said Korber, who first joined Los Alamos National Laboratory as a postdoctoral fellow in the early 1990s.

Still, she described her optimism as “cautious.”

“It may not work. You don’t know that what works in monkeys will work in humans until you test it,” Korber said.

But, she added, “there is some hope.”

The tests are happening in a part of the globe desperate for a vaccine. According to the National Institutes of Health, 43 percent of the 1.8 million new HIV infections in 2016, occurred in sub-Saharan Africa, and women and girls are disproportionately affected by the disease.

One site of the testing has already started trials, said Dr. Larry Corey, the principal investigator for the HIV Vaccine Trials Network, which isimplementing the trial. He expects the rest of the tests sites to be up and running by early 2018.

Corey said the mosaic is the sixth vaccine type to be tested for efficacy in humans. In one such test in Thailand in 2009, the vaccine prevented roughly 30 percent of HIV infections.

“We’ve learned some things from that. We’ve learned from our prior lack of successes. We’ve learned an enormous amount,” Corey said. “We are probably at the best time we’ve had in HIV vaccine research.”

Celebrate cooler days with a smothered delight: Biscuits and gravy