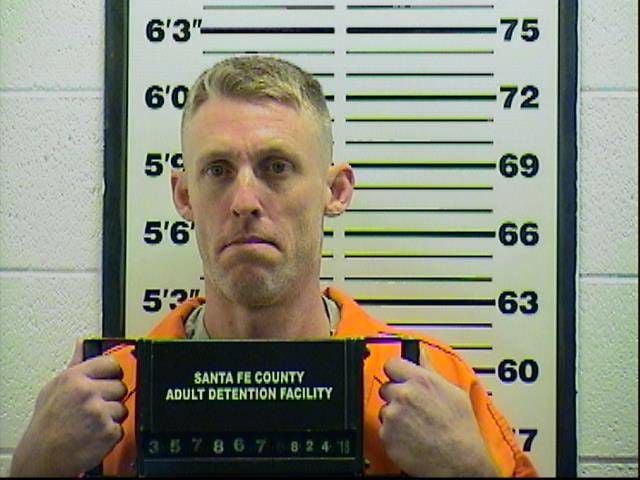 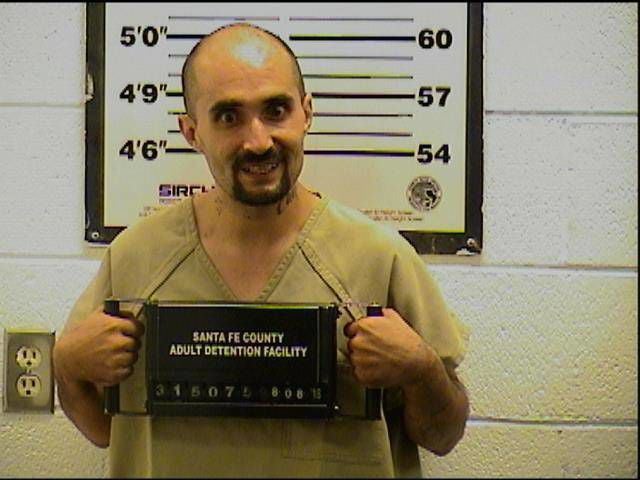 Christopher G. Garcia was tired of living in motel rooms.

At least, that’s what he told a Santa Fe County sheriff’s detective who charged Garcia and another inmate with felony counts of bringing contraband into the county jail and attempting to bring in contraband.

Garcia’s plan: Sell Suboxone strips that his girlfriend bought for $2 on the street for 100 times more inside the Santa Fe County jail and use the funds to pay for a permanent home where the couple could stay when he is released, according to a criminal complaint filed in Santa Fe County Magistrate Court. The document says Garcia admitted to the smuggling scheme.

Video footage from the jail, recordings of inmate phone calls and interviews with Garcia, his girlfriend and another inmate helped sheriff’s detectives unravel a complicated scheme for trying to smuggle Suboxone into the jail.

According to a statement of probable cause, the plan was something like this: Garcia’s girlfriend bought the Suboxone strips. Then acquaintances of Garcia — a man and a woman who have not been charged with a crime — would visit the jail. The woman would speak with staff in the jail’s lobby, the court documents say, while the man would sit down on the opposite side of the lobby and attempt to surreptitiously slip a packet of Suboxone strips from his sleeve and tape it under a chair. Then another inmate, Winston K. Stowe — one of two inmates on lobby cleaning duty — would recover the strips while he was cleaning and sneak them inside, court documents say.

Video surveillance shows the man and woman visiting the jail Sept. 13, according to the court document, and the man taping something under his chair.

On Sept. 14, the court document says, Stowe is seen on surveillance cameras checking under the chair and slipping something into his front pocket before he re-enters the jail.

Jail staff estimates about 15 Suboxone strips made it into the facility on what they think was a “test run,” according to court documents.

After the test run, sheriff’s deputies say Garcia called the man who taped the packets under the chair. In the recorded phone call, he seems to refer to the packet of drugs as a “letter.”

“I just got your letter, dog,” Garcia says in the recorded jail phone call. “So give me a couple hours and I’ll have my wife call you.”

“Yeah brother, I told you!” the other man replies.

“I know brother,” Garcia says. “I’m gonna get you to write you another letter on Sunday.”

The drop scheduled for Sunday, Sept. 16, might have gone according to plan — if the crew had used stronger tape.

The unnamed man and woman show up again on jail video footage, court documents say. The man sits in the same spot and reaches under the chair. Then they leave.

The next morning, a jail officer walking through the lobby spotted something strange: an object underneath the chair where the man had been sitting.

It was 117 strips of Suboxone, which kicked off the sheriff’s investigation and ruined Garcia’s alleged entrepreneurial venture.

According to the statement of probable cause, Garcia’s girlfriend spoke with sheriff’s investigators and admitted buying the Suboxone. She had not been charged with any crimes as of Friday.

Stowe told sheriff’s deputies he did not bring drugs into the jail, the statement says. He admitted to checking under the chairs at the behest of an inmate named “Lil Man,” the document says, but told deputies that he didn’t find anything.

Both Stowe and Garcia were being held in jail without bond Friday, each facing two felony charges related to the alleged smuggling attempt. Both inmates have faced shoplifting and drug charges in the past, according to their online court records, and each has pleaded guilty to felony charges of drug possession in the past.

The chair scheme wasn’t the only major bust at the jail in recent days.

According to court documents, jail staff also found Matthew Gonzales, a jail visitor, with methamphetamine, heroin, brass knuckles and a switchblade when they were doing a random sweep of vehicles in the jail parking lot.

Gonzales told jail officers and sheriff’s deputies the drugs weren’t his and that he didn’t mean to bring them onto jail property, a statement of probable cause says. He was arrested on four felony charges of bringing contraband into a jail, court records show. His bond was set Friday at 10 percent of $5,000, and as of Saturday he was still in jail.

Jail Warden Derek Williams attributed the successful interventions to the hard work of his staff and a working partnership with the county sheriff’s office.

“We continue to strive for improved drug interdiction efforts,” Williams said, “especially since we know the illegal introduction of drugs into the facility by those being booked in, or at times even visiting others at the facility, [can] lead to a multitude of other problematic issues.”