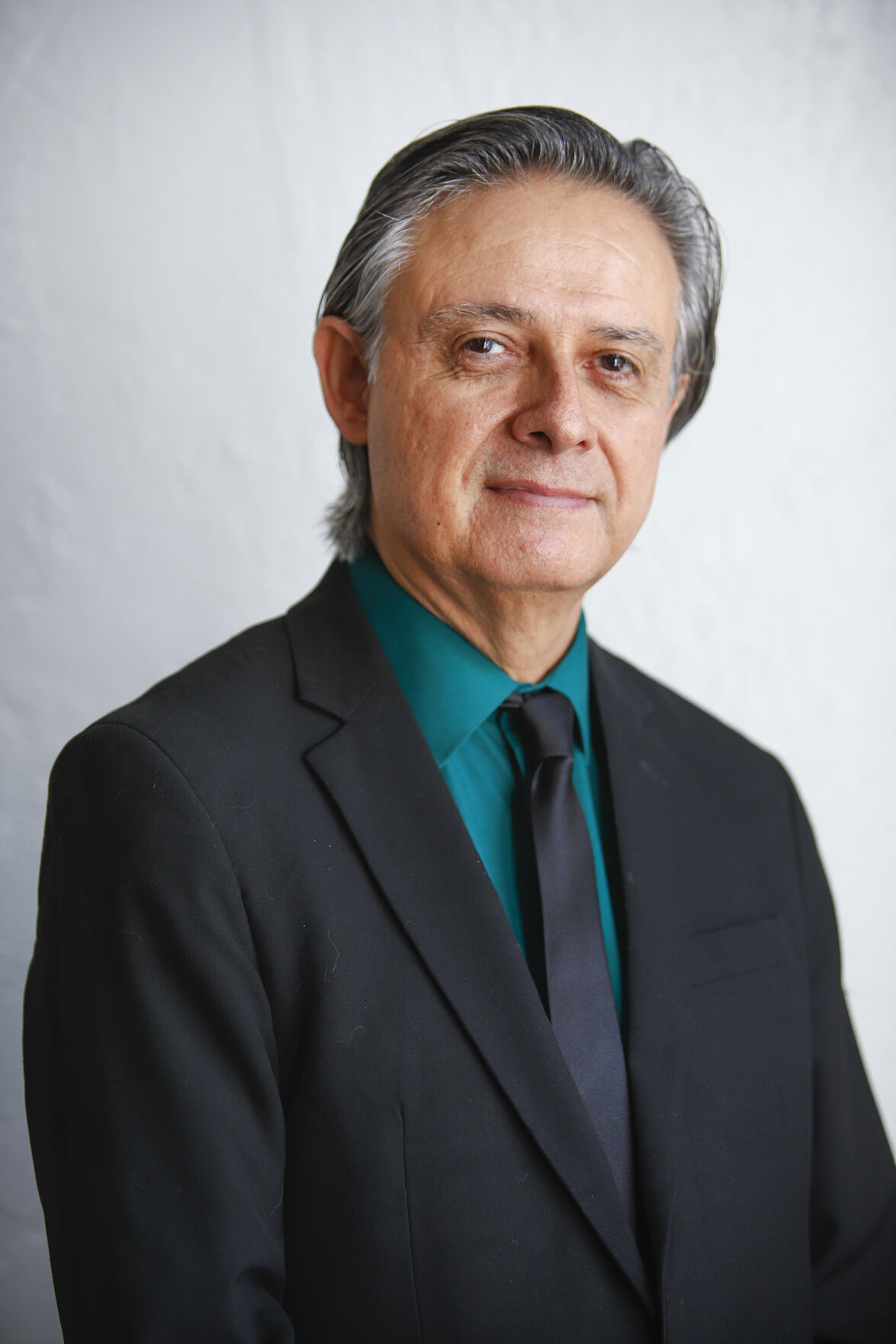 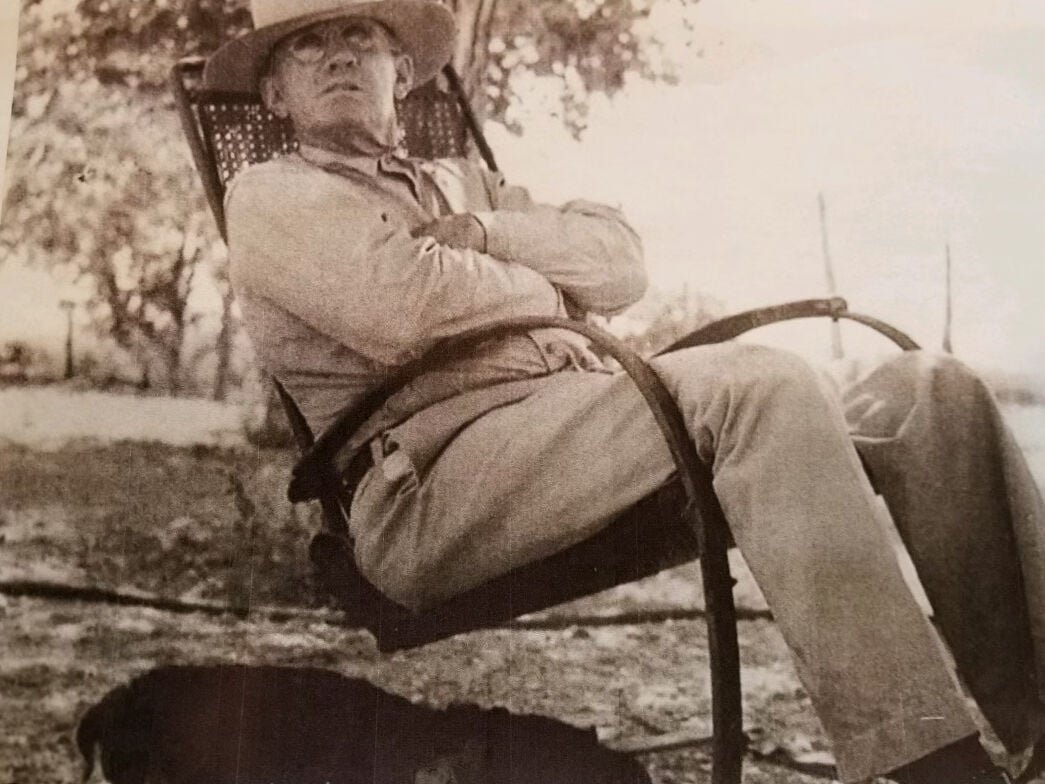 John Prather was born in Texas around 1874. About 10 years later, his family moved west to New Mexico.

John Prather was born in Texas around 1874. About 10 years later, his family moved west to New Mexico.

John Prather would have none of it.

In 1957, Prather took on the U.S. military in Southern New Mexico. He and his brother, Owen, were no strangers to the area — they were cattlemen and muleteers with land near the town of Weed since their family homesteaded the area the previous century. Through the years, the Prathers had been supportive of the military, assisting ground efforts with their mules during World Wars I and II.

But that relationship came under strain in the mid-1950s. Between 1954 and 1965, the U.S. Army expanded the McGregor Range and White Sands Missile Range by purchasing ranches in the area. The plan worked fine until the army ran into John Prather.

At first, contact was mundane. The Army offered Prather $341,000 for his ranch. The answer was no.

Prather was born in Texas around 1874. About 10 years later, his family moved west to New Mexico. As a young man, he learned to be a cattleman and started acquiring land. By the mid-1900s, Prather owned about 5,000 acres of Southern New Mexico flatland.

In the aftermath of World War II and the advent of the Cold War, military bases such as White Sands and Fort Bliss started to expand as the arms race with the Soviet Union accelerated. McGregor Range was also expanding, and ranchers were in the way. Some ranchers settled with the U.S. military, while others had their land condemned and left.

He would look into the air as missiles blasted against the arc of blue sky that is so prevalent in New Mexico. He was unmoved, knowing his place in this world. There was no Space Age technology that could shake his universe.

Once, when asked if he was scared, he replied, “No! I am a mule farmer!” He had long ago earned the title “The Mule King.”

When soldiers and U.S. marshals arrived to tell Prather he needed to vacate his land for use by the Army, Prather stood on his porch and faced them down. He was unarmed, though there was a rifle nearby, leaning against a burlap sack. As the soldiers approached, John told them, “We can settle this by talking. I have some coffee, beans and cornbread in the kitchen. Or we can do it another way.”

He glanced at his rifle. As the story has been told, he said he would kill any man who dared darken his doorway.

Thankfully, coffee, beans and cornbread were consumed in copious amounts that day in 1957 in Southern New Mexico.

Prather made his point, and the media took note of his stand. He also had his share of supporters, including local farmers. New Mexico Sen. Clinton Anderson denounced the army’s efforts, and it finally conceded, allowing Prather to remain on his ranch.

He spent the last years of his life with his daughter in Alamogordo, after he fell ill.

He was 91 when he died, never taking a dime from the U.S. government for his land.

His stand is indicative of the American spirit and one of the crucial histories of the state in the 20th century. It is a story that is very American and very New Mexican, and it would not be the last time New Mexicans would challenge the government and claim land they felt was rightfully theirs.

Exactly 10 years later — far away, and in different circumstances — gunshots and revolution would erupt in Rio Arriba County at Tierra Amarilla.

Rob Martínez is the state historian of New Mexico. You can view episodes of his YouTube series New Mexico History in 10 Minutes at tinyurl.com/NMHistoryin10.

This story seems truthful enough. Don't know if it played out exactly as told, but that is irrelevant. What this little anecdote lacks is the deeper discussion of constitutional issues at play. The historian mentions some landowners having their land condemned, so why wasn't this act perpetrated on Mr. Mather? There are other ranches within the confines of WSMR, so what makes Mr. Mather so special? I'm sure the US Army tried to buy up their land aa well.

Congratulations Mr. Martinez, for your well-written and thought-provoking piece.

"Men will ultimately governed by God, or by tyrants" - Benjamin Franklin

"Fight a dirty war, pay the dirty cost. Psalm 149:Seven-9 is here." HRH Prince Michael of The House of David

Mr. Ford, while your bizarre fixation with "Freedom from Religion" has long been noted, first I'll establish Truth -Whom I represent- and work from there: Immutably, this once-prosperous nation was founded by Christians, and upon, Christian precepts and principles. 95% of the framers of the U.S. Constitution were practicing Christians and/or clergymen. Even self-professed "Deists" such as Jefferson and Franklin, concurred with their Christian brethren's infusion of Christian values.

Now, on to the mantra of EVERY heathen and pseudo-thinker: The Separation of Church and State. Ah, the phrase that pays? Be clear, that particular phrase cannot be found in ANY official U.S. document. Rather, it was taken from "The Jefferson Letters", a collection of personal correspondence by Thomas Jefferson.

Thus, while the Spanish and Basque crew-members of The Nina, The Pinta and The Santa Maria brought to this continent the absolute most precious and vital cargo

carried, The Holy Bible, the first Thanksgiving on this continent was celebrated on the banks of El Rio Grande near Las Cruces by Don Juan de Onate and his expedition party -consecrating this continent, in The Name of The Father, The Son and The Holy Spirit! Decades later, The Pilgrims at Plymouth Rock (among their Wampanoag hosts) would do likewise.

Mr. Ford, know you now The Truth. And, The Truth shall set you free.

Now get out of my wood-shed (or country), and take your Heathen ways.

Well, Prince, you pick and choose through history. Columbus also brought small pox, measles and the enslavement of the indigenous population. The crimes of the Church in New Mexico caused the Pueblo Revolt. Onate's view of Christian charity is well known. And the founders of these United States were totally aware of the evil of a state religion. Hence, the First Amendment to the Constitution: "Congress shall make no law respecting an establishment of religion, or prohibiting the free exercise thereof....". In plain English the founders said we would not have an official religion. Christians bear no higher place in this country than the practitioners of any other religion or the practitioners of no religion, at all.

P. M. Jauregui- simply manifesting extremely long and complex, albeit non-cited and inaccurate, rants, gives you zero credibility. Perhaps you are the one who should "get out of my wood-shed (or country)," and yes,"take your Heathen ways" with you. Please. Thank you.

@John Cook: I'll fast-forward past your well-known, generic indictment of Men who

changed World History. Overstand, -if you will- for millenniums, flawed and imperfect men have unimaginably impacted this world. Be sure, the only perfect one, was nailed to a cross. A pure and simple Truism.

Pick and choose, you desperately claim? I never intended to offer a full blown dissertation on "Religion", my comment merely solidified an immutable Truth: The United States of America was founded by Christians, and upon, Christian precepts and principles. Yet, organizations such as "Freedom from Religion", and countless Politicians, Media-organizations and assorted Heathens have for decades, attempted to marginalize, even illegalize, "....the practice thereof".

Today? From Columbine to Stoneman Douglas, those kids didn't have a prayer.

So, you can apply your legislative pretzel-logic all day long, yet, The Truth remains: "..The Divine Author of our blessed religion without a humble imitation of whose example in these things we can never hope to be a happy nation. Grant our supplication, we beseech Thee, through Jesus Christ, our Lord. Amen". George Washington