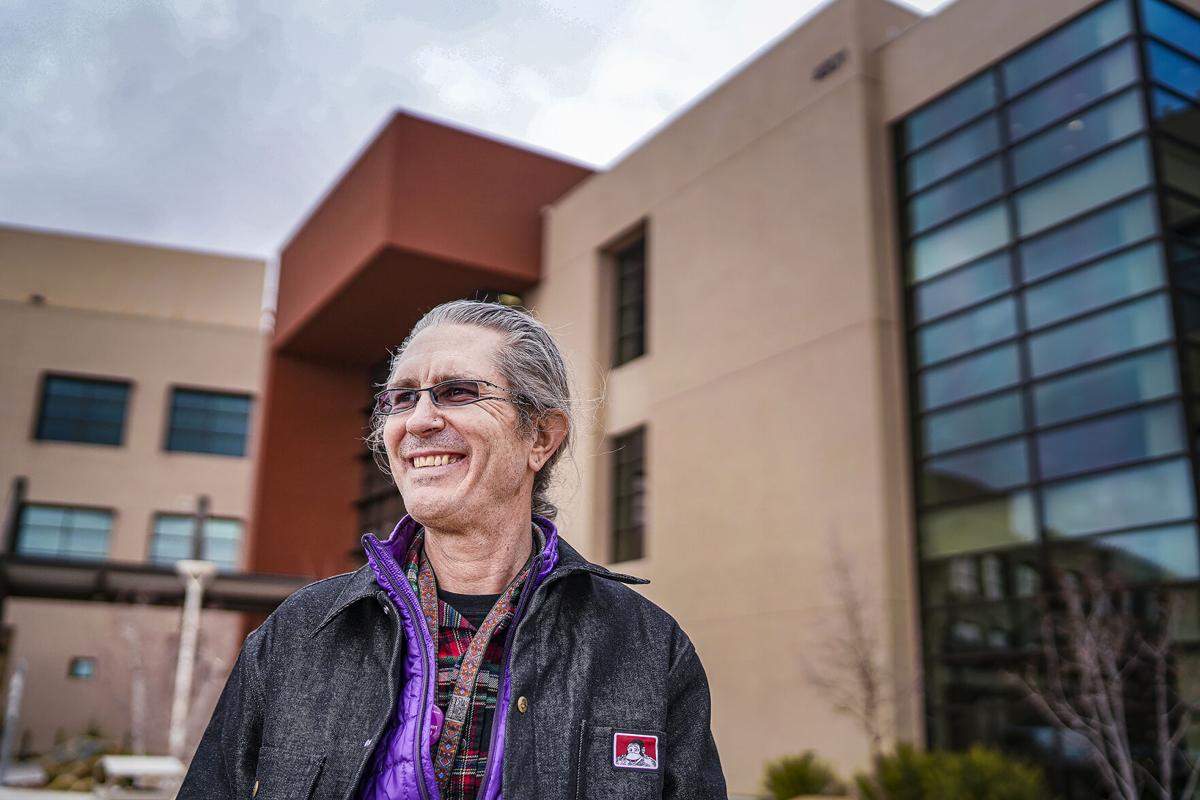 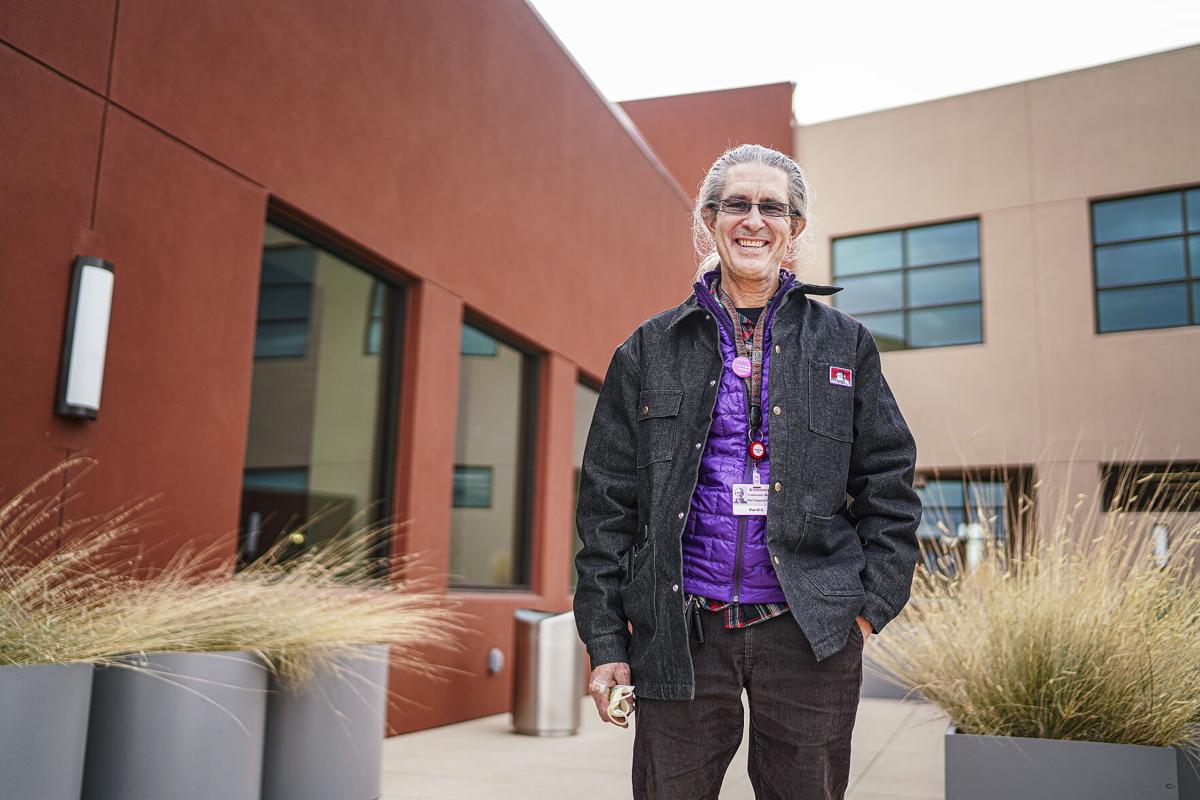 Fear and humiliation may accompany an overdose patient to a hospital emergency department, and an understanding voice might tamp down the anxiety and lend hope, a New Mexico hospital system says.

Presbyterian Healthcare Services increasingly uses “peer support” — people who have been through substance abuse battles — to assist overdose patients in the emergency department a day or two after that crisis.

The concept is comparatively new, and while studies suggest it might be helpful, Presbyterian still sees it as a test program. Leigh Caswell, vice president of community health with Presbyterian, said her system started the project five years ago and expanded it two years ago with state Department of Health money obtained through a federal opioid overdose program.

One of Presbyterian Healthcare’s peers, 53-year-old David Jackson of Santa Fe, said he hasn’t had a drink or used a drug since 2000.

He visits with substance abuse patients experiencing overdoses, withdrawals and other conditions who have been to the emergency department at Presbyterian Santa Fe Medical Center and other hospitals in the regional system.

Jackson, who has training and state credentials to serve as a peer support specialist, said he has worked in the role in emergency departments and remotely since the start of the pandemic.

He said the full-time job is to serve as a nonthreatening aide to patients.

“I’m not an authority; I’m not a physician; I’m not a family member. I’m a person who has experience” with substance abuse, he said. “I have no agenda, broadly speaking, other than to be of support.”

His main problem was alcohol, he said, although he also used marijuana in an addictive manner.

Jackson said when he started drinking at 18, he thought he had found what he was looking for. Later, he said, he imagined he needed booze to be the musician, sculptor, painter or writer he hoped to be. After all, artists from musician Miles Davis to writer Ernest Hemingway had substance abuse problems.

In time, he began “burning through relationships” and suffering blackouts. He would would drink every night, alone, while watching television. He said he wanted to “self-medicate” with alcohol and pot.

He was able to work at a Santa Fe shuttle and taxi service and maintain an appearance of good health.

“It was a bad relationship, but I couldn’t see that for a long time,” he said. “It wasn’t a real life, and I kind of knew that.”

Eventually, he would quit for a couple of years or more at a time, then fall again, calling the process of stopping one of “fits and starts.”

“And there’s the guilt, shame, remorse of doing it again,” he said. “And then what’s going to make it feel better? Doing it again.” And so the cycle continues and the hole deepens.

“And people lose patience in us,” he said. “And they’re justified in doing that.”

Jackson said he became desperate in his attempts to quit. “It got to be, ‘What if this doesn’t work?’ ”

He said he sent out a cry. “Please, this has to work,” he recalled saying. “And that ‘please’ was out to the universe.”

He said it “wasn’t until I desperately wanted it” that he could sustain sobriety.

Quitting came through support groups, sponsors and a 12-step program that he declined to describe. He said he isn’t a sponsor and that isn’t his role as a peer support specialist.

Many of the connections he makes with patients are brief, he said. A person often will just say, “I’m good,” and Jackson will leave contact information and a list of referrals.

He contacts his patients again, “But I won’t bug ‘em,” he said. “I won’t continue to pester someone.”

Some he will talk with for 30 minutes. He tries to emphasize the positive. If they had stopped doing drugs for a year but relapsed, he said, he will focus on that year of success.

There are patients with whom he has stayed in touch for six or eight months, he said. But he really wants them to find a program or strategy that can help them for the longterm. If they move on from him, that may well be a good sign.

“I encourage people to take action in their own recovery,” he said. “It’s really about an individual finding their truth, finding a life that’s sustainable for them.”

A 2019 University of New Mexico School of Medicine study found peer support workers have “the potential to reduce the likelihood of relapse … and mortality among individuals with an OUD [opium use disorder]” who go to the emergency department.

The study said, “Because of their shared experience with substance use, peers are able to better connect with people at the time of crisis.”

Caswell said her hospital system considers the program new. Presbyterian collects data on how many patients are reached, whether they enter programs for their addiction, how long the peer works with the patient and whether emergency department visits are reduced.

Jackson said there are times when he wonders if he is making a difference. Every case is different and everyone is unique. He learns things from one patient he can apply to another.

He knows his own story intimately. “I know what it was like for me, and I’m so grateful to be in a different place now,” he said.

He doesn’t feel he’s in a struggle anymore. He said he also knows he is not “cured.”

Excuse previous submission typos. I was laughing too hard to type.

On rereading this article I laughed and laughed….who is paying for the ‘peer support’ insanity….Reads to me like New Mexico has invented a new version of Tammany Hall - grift inc. I will just bet those are thought cerdentials to get. I

I was right tiz a really tough training schedule:

PREREQUISITE REQUIREMENTS TO BE A CERTIFIED PEER SUPPORT SPECIALIST

Self-identify as a current or former consumer of mental health and/or substance abuse services.

A minimum of three years in recovery.

A CPSW candidate must complete 40 supervised hours of volunteer or paid work with direct client contact in a behavioral health agency.

The pay range for this priceless counseling is between $6.00 to $24.00 per fifteen minute ‘counseling’ segment. Nice work if you can get it. But the 40 hours of classes one must sleep through is an admitted burden.

Mr. Brown, your comments are not funny. They are reprehensible.

Your statement is despicable and demonstrates your complete lack of knowledge about addiction and recovery. You likely interact with recovering addicts every day. Recovering addicts hold good jobs, get married and raise families, and live full lives. Addictive substances - from nicotine to alcohol to opioids - change the brain irreparably which makes quitting really hard for many people - especially opioids. Mr. Jackson's work can be life saving. Peer intervention after treatment for an OD - motivates people to recover and links them to treatments. Bless you, Mr. Jackson, for doing the good work.