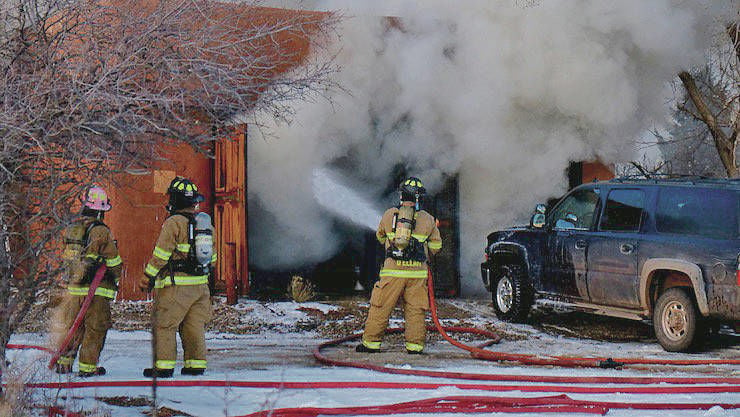 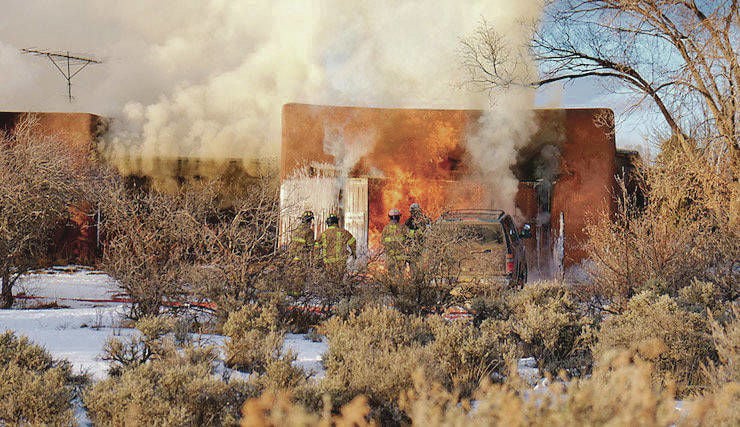 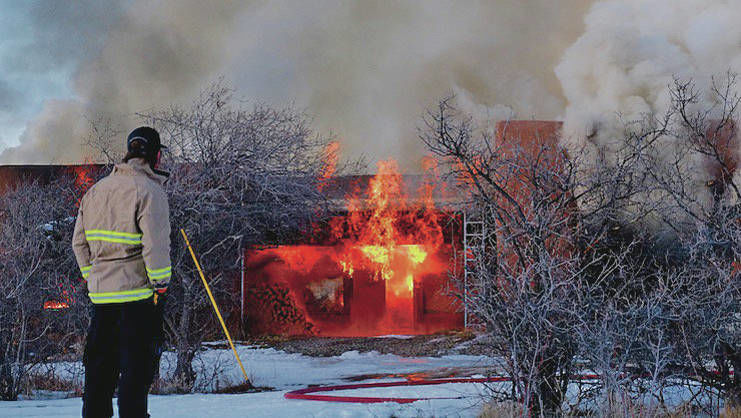 TAOS — Investigators discovered a set of human remains inside an El Prado home that caught fire last week, marking a tragic end to one of the most challenging structure fires Taos County firefighters have seen in years, they said.

Investigators had not identified the body, but family members of the homeowner believe he was inside when the structure that burned Monday afternoon.

The owner, 80-year-old archaeologist Jon Young, was not found after the fire started. A black Suburban bearing a license plate “Dr Jon” was parked in the driveway.

All told, 49 people responded to the blaze after it was reported around 4 p.m. Monday. Firefighters worked into Tuesday morning to knock down flames and allowed the thick, white smoke to clear before they could enter the home.

As night fell, the temperature dropped to 17 degrees, causing water and hoses to freeze and complicating the operation.

Córdova described the crews’ strategy as a defensive one. From the first firefighters’ arrival, he said, the home was too dangerous to enter to determine if anyone was trapped inside.

Investigators from the New Mexico Fire Marshal’s Office in Santa Fe discovered a body inside a pantry adjoining the garage.

“At this point, this is being listed as a John Doe because we can’t make any identifications,” said Sgt. Jason Rael of the Taos County Sheriff’s Office.

Young’s family is certain the remains are his, said Kim Howitt Ross, the wife of Young’s nephew.

A positive identification from the New Mexico Office of the Medical Investigator could take weeks.

Young’s son, Kevin Young, traveled from Arizona to New Mexico Tuesday to meet with investigators, who were searching the home to determine what caused the deadly fire.

Rob Young said Wednesday that his brother had received a doctorate in anthropology from the University of Arizona. He moved to Taos in the 1970s and worked as a director of the Kit Carson Memorial Foundation and, soon after, as an archaeologist for the Carson National Forest.

Archaeology was his calling, Rob Young said, remembering that his brother would venture out into the desert where they grew up in Florence, Ariz., carrying a shovel, and would return with priceless artifacts.

“He could throw a shovel and come up with a whole pot,” Rob Young said. “He just knew how to do it. So that’s what he took up as a career.”

His brother built the El Prado home with his wife, in part to house the treasures he had collected over the course of his life and also to raise their two sons, Kevin and Shawn, Rob Young said. Ancient artifacts, jewelry, Navajo rugs and fine pottery made by the late Joseph Lonewolf of Santa Clara Pueblo were among the prized possessions he kept there later in life.

Jon Young’s compulsion to salvage some of his treasures might have been strong, his brother said, speculating that the urge might have led to his death.

Some evidence discovered during the investigation suggests that might be a possibility, Rob Young said, emphasized that no one knows for certain yet what happened during the blaze.

Whatever might have happened, he said, his brother made an impact in New Mexico.

“He was always interested in Native culture and gave a lot of talks about it at historical societies,” Rob Young said. “He was an expert and a very good teacher of what he knew.”

This story first appeared in The Taos News, a sister publication of the Santa Fe New Mexican.