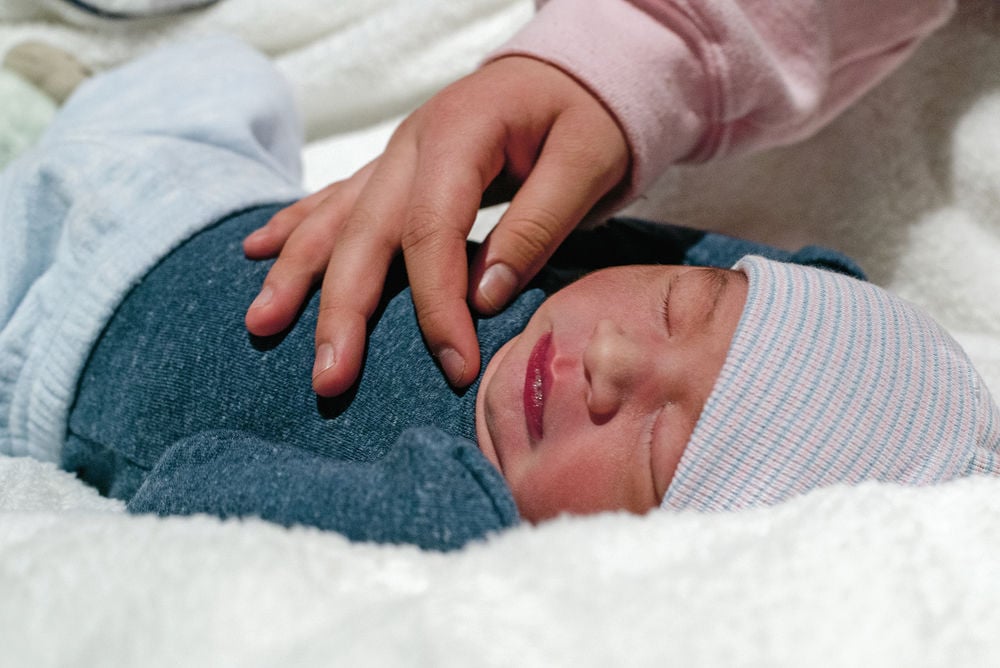 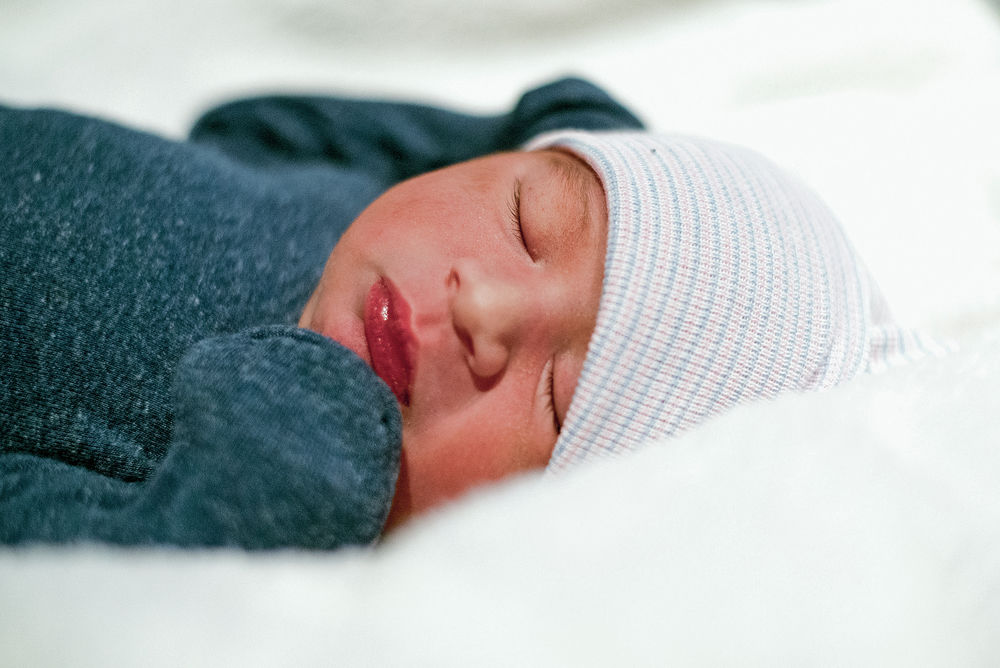 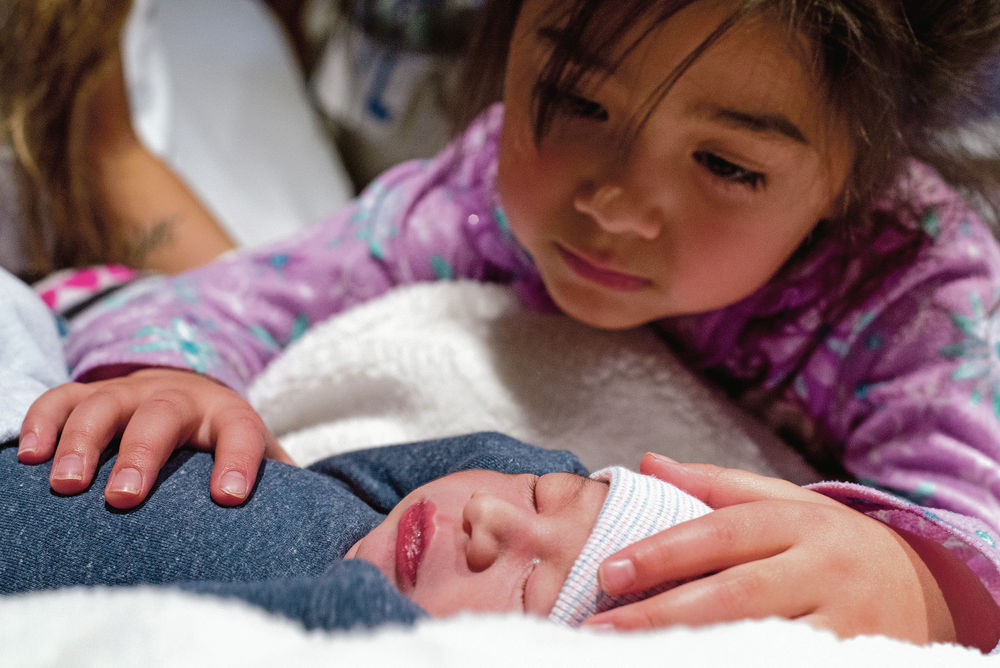 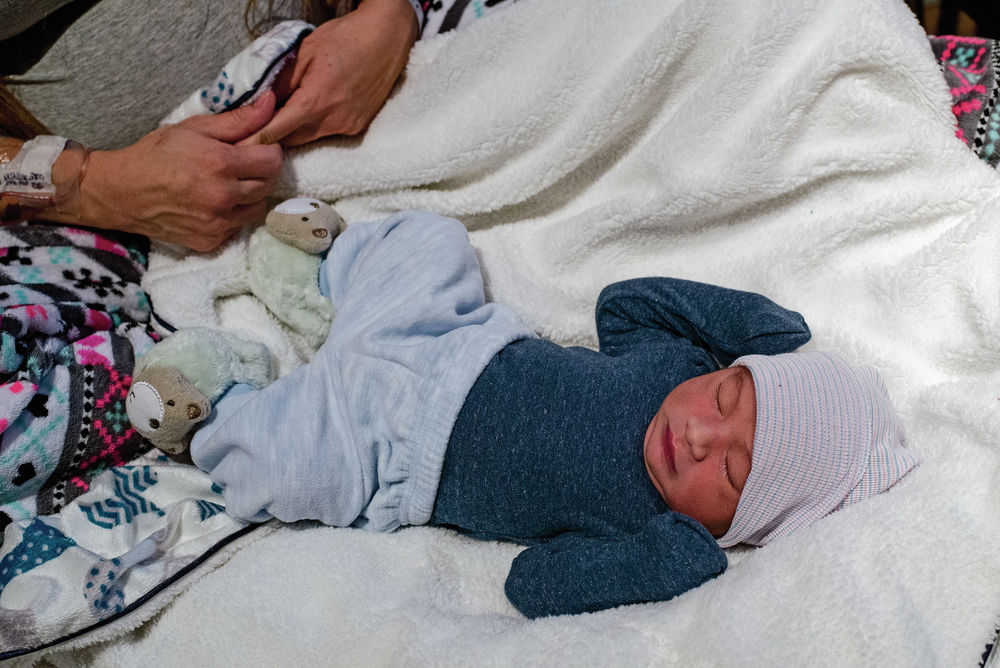 Monique Wiggins was praying for a healthy baby, one who would arrive on New Year’s Day and bring with him a ray of hope.

God answered her prayers, she said, when she gave birth to Darius Ray Muñoz, who came into the world at about 1 a.m. Sunday at Christus St. Vincent Regional Medical Center, making him the first baby to be born at the Santa Fe hospital in 2017.

“There’s nothing better to start the new year with,” said 37-year-old Wiggins, as she changed Darius’ diaper Sunday afternoon in her hospital room.

Little Darius arrived following a few hours of labor and a few minutes of pushing, she said. He weighed in at 7 pounds, 9 ounces, and measured over 20 inches.

He was born with his tongue sticking out, as if telling the world to watch out, his mother said.

“He’s going to be something special,” said Darius’ father, 33-year-old Carlos Muñoz. “I don’t know what. I’ll let him decide.”

While babies are born every day and everywhere — some 1,250 were born at Christus St. Vincent Regional Medical Center between Jan. 1 and mid-December 2016, hospital spokesperson Monica Taylor said Sunday — the first baby of the new year symbolizes the passing of the last year and all the bad luck that may have come with it, and he or she also represents the ringing in of a new and hopefully happy year. That notion dates back to the ancient Greeks, who were said to parade first-born infants of the new year around in a basket as a harbinger of good things to come.

Wiggins and Muñoz get that. This past year was a challenging one for them.

“They say when it rains it pours, and it really poured,” she said. “It was one bad thing after another: financial, work-wise, bleeding during pregnancy, I was so sick. It was rough in every way.”

But the world was looking a lot brighter on Sunday as family members and friends gathered around her bedside at the hospital.

Darius arrived about a week earlier than expected, his mom said. She and Carlos were home around 10 p.m. Saturday night eating — a turkey and ham sandwich for her, ice cream for him. They were contemplating what to watch on television when the contractions kicked in.

“It was very intense,” Lucio, a 17-year-old who attends Capital High School, said. “Tears and joy and all that stuff.”

She said she looks forward to babysitting, changing diapers, “the whole works.”

But Darius’ other sister, 6-year-old Kaielee Lopez, said she wants no part of the diaper brigade. But, she said, she will play with Darius.

Monique’s father, Bobby Ray Wiggins, sat by his daughter’s bed in the hospital room, sporting sunglasses and a U.S. Army combat veteran’s cap. He has seven children and now, with Darius, six grandkids, so this baby business is nothing new to him.

“It’s a good way to start out the new year,” he said. “I’ll wait till he gets older and then spoil him.”

Around 3:20 p.m., Kaielee, who had mostly been fidgeting nearby, told everyone she had an announcement to make. She stood in the middle of the hospital room while everyone waited on her to speak.

“I have a new baby brother,” she said.