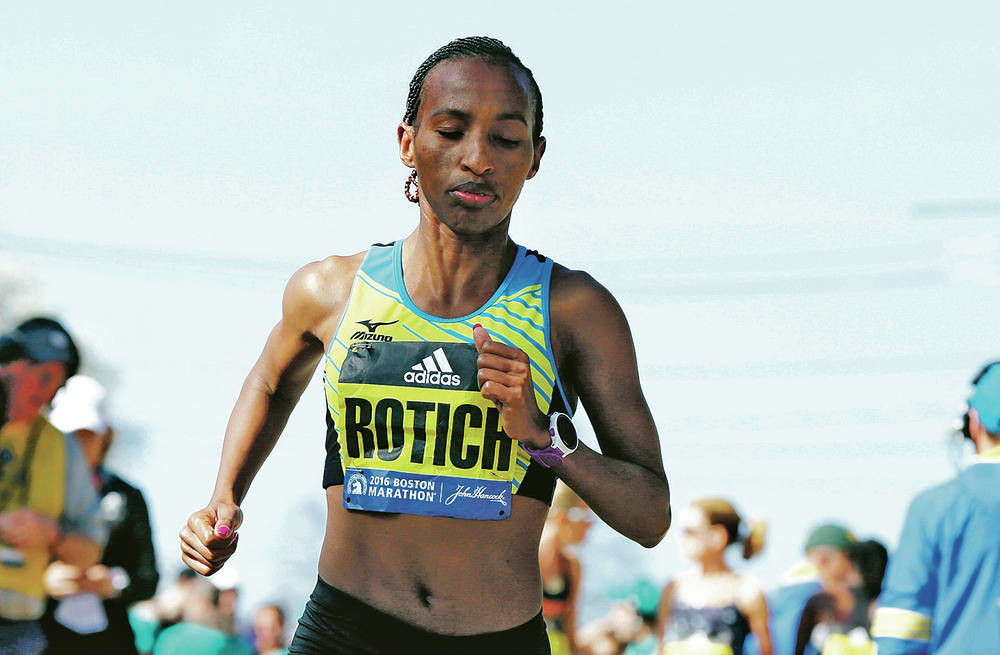 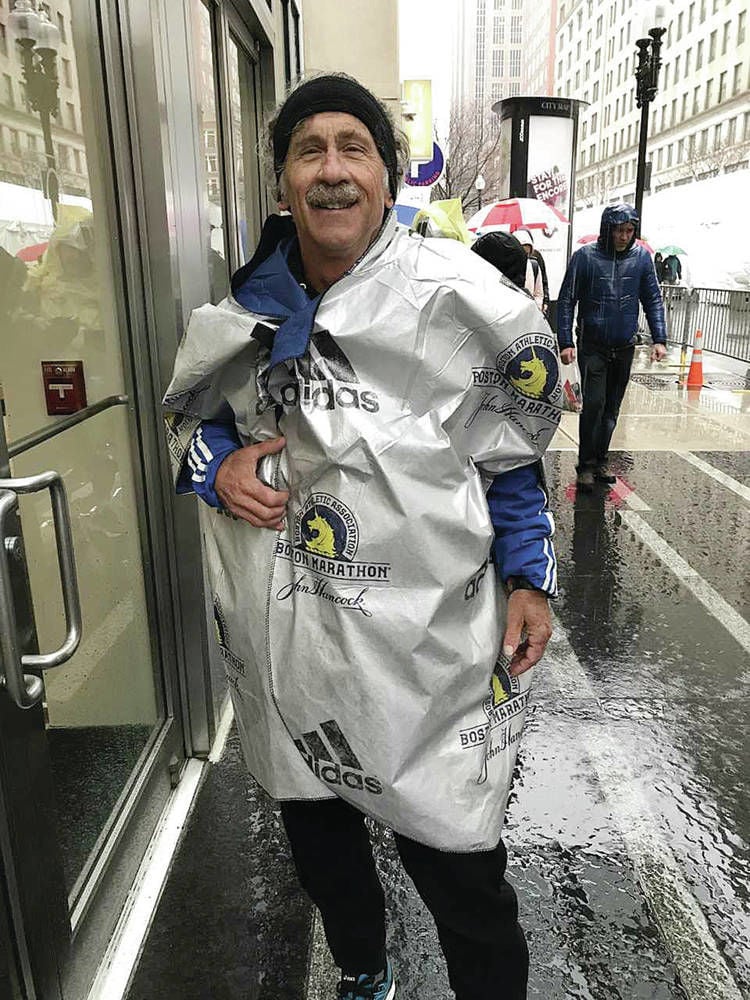 Vinnie Kelley of Santa Fe is all smiles after finishing the Boston Marathon. Courtesy Photo

Vinnie Kelley of Santa Fe is all smiles after finishing the Boston Marathon. Courtesy Photo

Santa Fe resident and former Boston Marathon champion Caroline Rotich was in “really bad shape” after finishing this year’s race on Monday in cold, wet weather, said her coach, Ryan Bolton, who described her condition as “catatonic,” with “hypothermia” and “non-responsive shock.”

Bolton had told The New Mexican last week that the Kenyan professional runner “definitely came to win,” just as she had in 2015. But things didn’t go as planned.

“She didn’t recognize me,” Bolton texted The New Mexican in describing the immediate aftermath of Monday’s marathon. “Her core temp was 89 [degrees],” he said, adding that Rotich didn’t remember running the last two kilometers and needed help crossing the finish line.

Weather reports showed that for at least three hours on Monday rain poured on the race course while temperatures stayed in the low 40s, and winds reached up to 25 mph.

Bolton said Rotich felt much better after some post-race rest.

“Docs took good care of her (along with literally thousands of others) and she’s going to be okay,” he said. “It’s always a bummer when it doesn’t go well. However, she’ll rebound and get back at it full force.”

Meanwhile, 66-year-old Santa Fe runner Vinnie Kelley crossed the finish line of just before noon with an official time of three hours, 25 minutes, and 59 seconds. He was the oldest athlete this year from Santa Fe to compete in the world-famous 26.2-mile race.

Kelley, a Boston native, ended up crossing the finish line 25 minutes later than his goal, averaging just under an eight-minute-mile pace and placing seventh in his 65-69 age group. Kelley told a reporter he had a “fantasy goal” of finishing under three hours — a sub-seven-minute-mile pace. But given the weather conditions, Kelley anticipated challenges.

In an email to the Santa Fe Striders running group on Sunday afternoon he had lamented the weather forecast.

“I’ve never run into 20 mph winds with 1.5 inches of rain for three hours before … or, at least, not on purpose,” he wrote. “Ever wonder why it’s great to live and run in New Mexico? I don’t. When we get back, I’m going to kiss the ground.”

He had planned to run with another Santa Fe runner, Terry Bryant, according to the email. The Boston Athletic Association tracking app confirmed that the two were neck-in-neck for most of the race. Bryant, 47, finished a few minutes after Kelley, in 3:28:44.

Following the race, Kelley felt relieved to have simply finished.

“My quads didn’t like the cold, and I got a bad side cramp,” he said. Noting that he has a “terrible cough,” he said “that was a long time to be outside in the rain. Both of my quads froze at mile 11, so I had to hold back a bit if I wanted to be able to finish.”

Among the nine nonelite Santa Fe runners on the official entry list, Paul Lefrancois, 28, finished first, with a time of 3:06:13.

The fastest woman overall was Desiree Linden, 34, who finished with an official time of 2:39:54. “Des” is the first American woman to win Boston since 1985.

Bolton said the results and “race dynamics were very strange” for a professional marathon.

“There were age-group division runners who finished in the top 10, and the winning time was almost 2:40. That’s just unprecedented,” he said of the relatively slow winning time compared to previous years. “Today wasn’t a race of fitness. It was a race of attrition.”