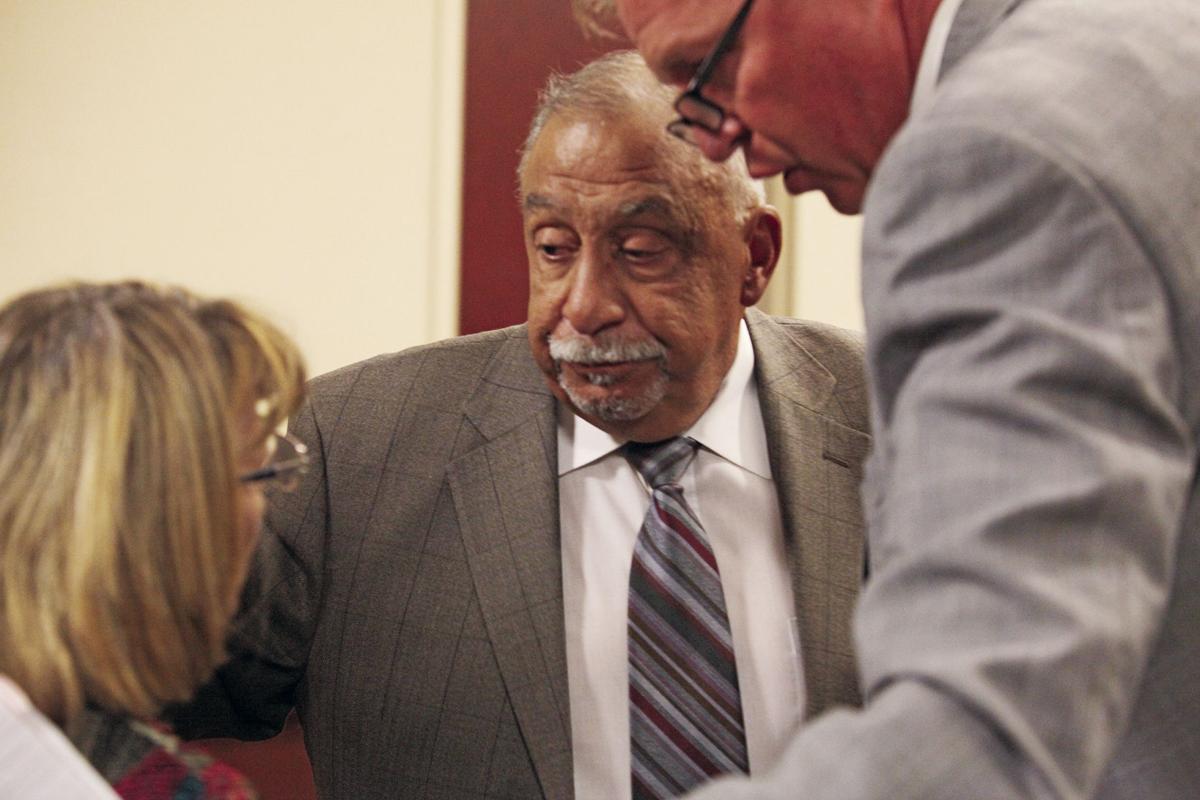 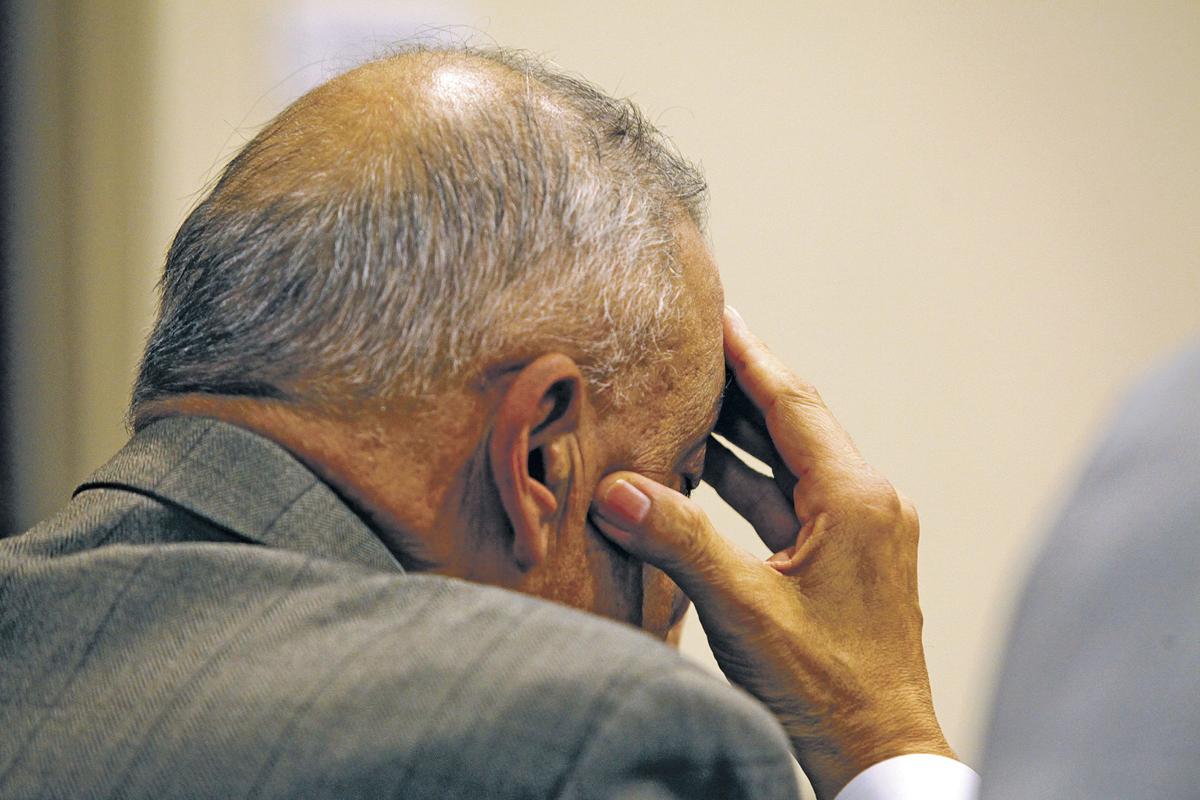 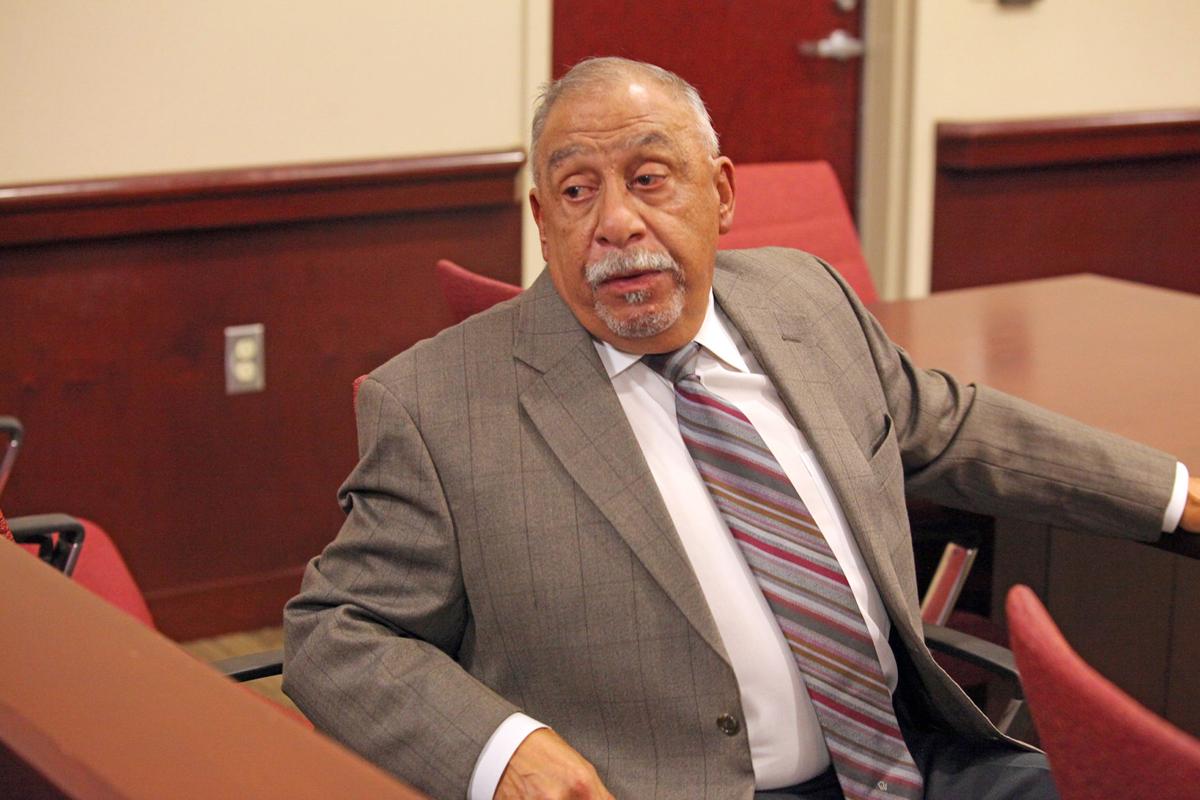 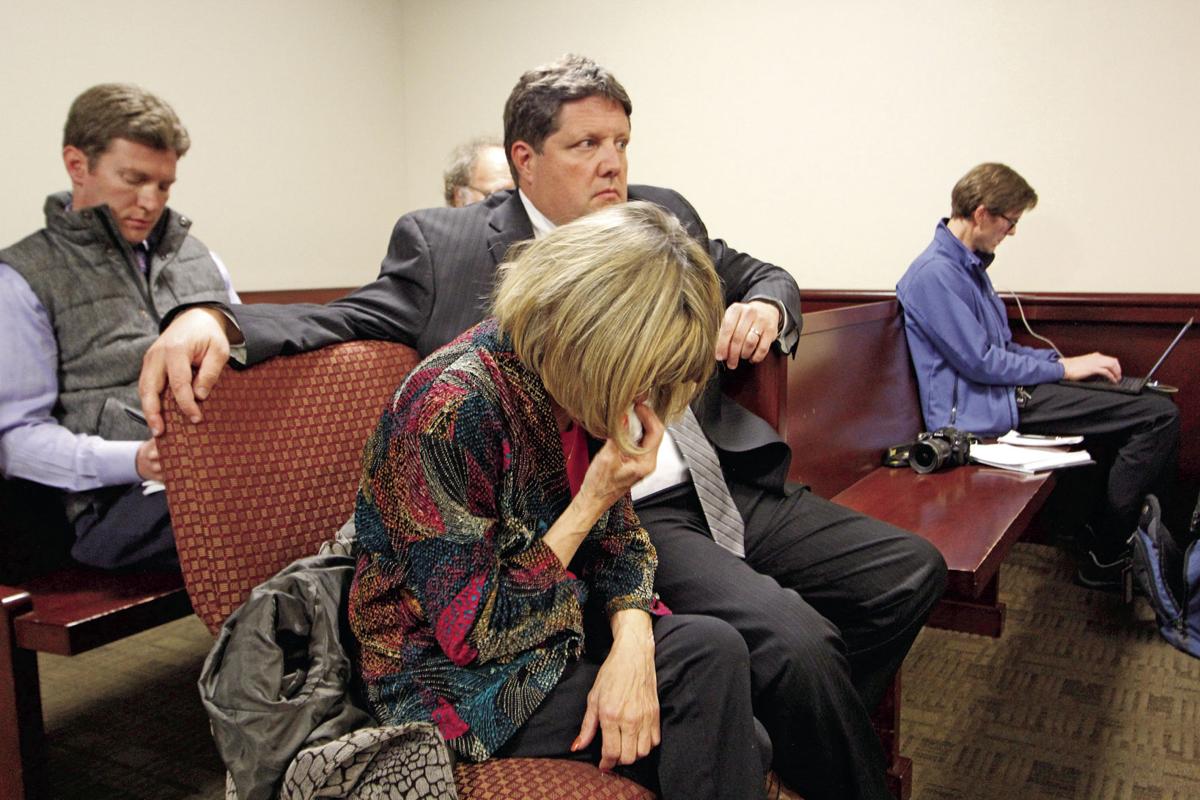 A Santa Fe jury found former state Sen. Phil Griego guilty of bribery, fraud, having an unlawful interest in a public contract and two counts of ethical violations, concluding a lengthy trial that brought some of the state’s most powerful politicians to the witness stand and gave a glimpse of how the Legislature works behind the scenes.

The 69-year-old Democrat from San Jose was stone-faced late Thursday afternoon as he hugged his tearful wife, Janie Griego, after the verdict was read. The couple walked silently out of the courtroom, declining to speak to reporters on the way to the elevators. Griego is facing up to 17 1/2 years in prison, the state Attorney General’s Office said.

The seven-man, five-woman jury, which deliberated most of the daylight hours Thursday, also cleared the 18-year lawmaker of three criminal charges — perjury, failing to make required financial disclosures and one count of fraud. The case concerned Griego receiving a broker’s fee of $50,000 from the owners of The Inn of the Five Graces, a downtown Santa Fe luxury inn, after Griego helped move legislation in 2014 that authorized the sale of adjacent state property on De Vargas Street to the hotel owners.

“Holding the powerful accountable is how we ensure our government truly serves the citizens of New Mexico and that no one is above the law, regardless of their political status,” Attorney General Hector Balderas said in a written statement. “Public officials are elected to do the work of the people, not to enrich themselves from their official duties while New Mexicans struggle just to get by. New Mexico families deserve the highest level of ethics and service from their elected officials.”

When asked in light of the verdict if he regretted taking the case to trial, Clark replied: “When you have no choice, you go to trial. As a trial lawyer who’s been doing this a long time, I don’t take risks with my clients. … I don’t take my clients to trial if I think there is a better option.”

Several months ago, Clark and prosecutors had been negotiating a possible plea deal for Griego. But negotiations fell apart early this year. According to emails between Clark and prosecutor Sharon Pino, the attorney general rejected a proposed deal from Clark “not only because the defendant’s request was inappropriately lenient but also because the Office of the Attorney General’s investigation had uncovered evidence of additional crimes by [Griego].”

That was a reference to another criminal case filed this year against Griego. That case consists of an additional 22 criminal counts, including multiple counts of perjury and embezzlement stemming from Griego’s campaign finance reports.

State District Judge Brett Loveless said he will hold a scheduling conference on the campaign finance case in the next month.

Asked whether he expects that case to go to trial — as opposed to Griego making a plea deal — Clark said he doesn't know.

After the jury was dismissed, Assistant Attorney General Clara Moran asked Loveless to order Griego into custody. This, she said, was based on the fact that during the trial, Griego approached former employer John Mahoney during a break in Mahoney’s testimony and mentioned the possibility of an unrelated real estate deal. Griego also shook hands with Rep. Jim Trujillo, D-Santa Fe, during a break in Trujillo’s testimony.

Loveless had reprimanded Griego for those actions — even threatening to jail him for contempt of court after the Mahoney incident. But Loveless, saying he didn’t think Griego was a flight risk, declined to have Griego placed into custody Thursday. He warned him not to contact any witnesses.

Clark said an appeal of the verdict is mandatory.

Griego, a former Santa Fe city councilor, was first elected to the state Senate in 1996. He abruptly resigned from the office a week before the end of the 2015 legislative session following a closed-door Senate ethics investigation of the property sale.

In an agreement with the Senate ethics panel, Griego admitted he’d been working with the owners of The Inn of the Five Graces since before the 2014 session. He admitted to violating Senate ethics rules as well as the state constitution’s prohibition of lawmakers making money off legislation they pass.

During the trial, prosecutors made issue of the fact that Griego never disclosed during the 2014 session that hotel owner Ira Seret said he’d give Griego a contract if the state decided to sell the property — which had been used as the State Parks Division headquarters from the early 1960s to the mid-1980s.

Griego arranged for authorizing legislation to be drafted, recruited Trujillo to be the sponsor, personally presented the resolution before a Senate committee and failed to correct faulty information about the sale on the Senate floor.

Griego maintained he never had a deal until he signed his contract about a month after that session was over.

Loveless said he will set a sentencing hearing for Griego in about 90 days.

Contact Steve Terrell at 505-986-3037 or sterrell@sfnewmexica­n.com. Read his blog at www.santafenewmexican.com/roundhouse_roundup.