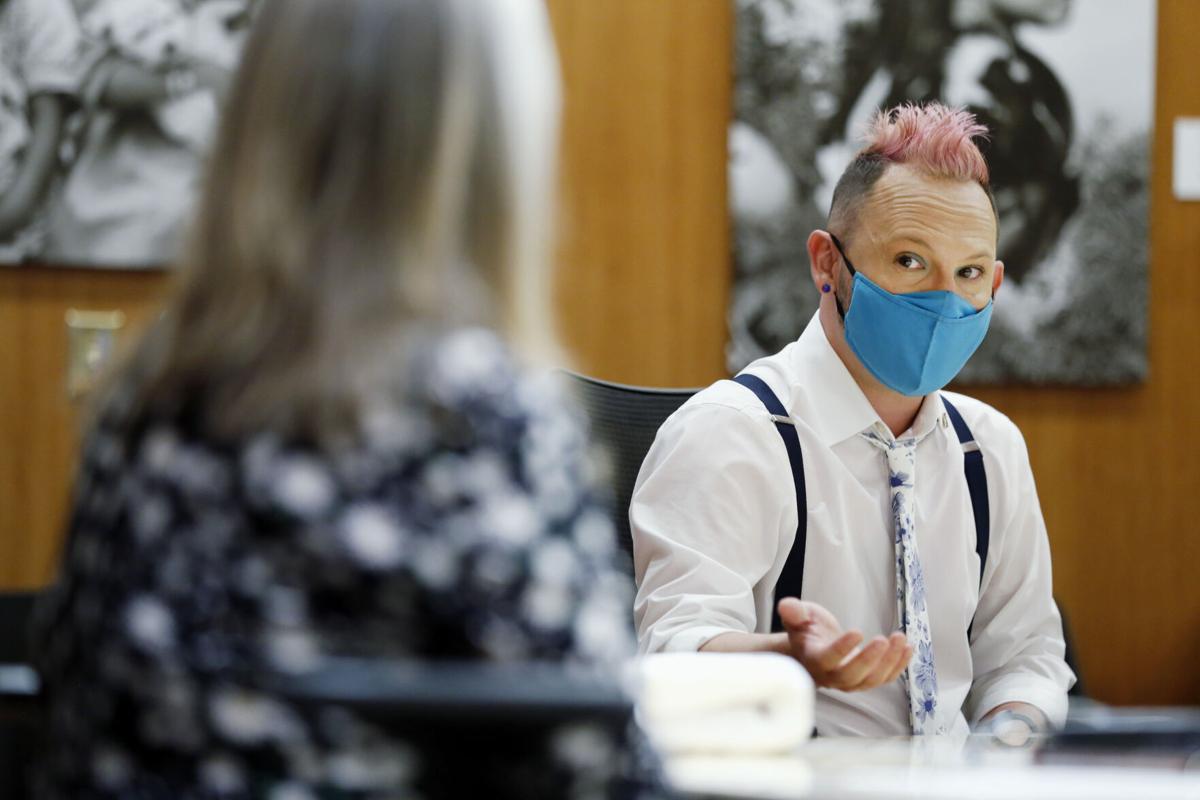 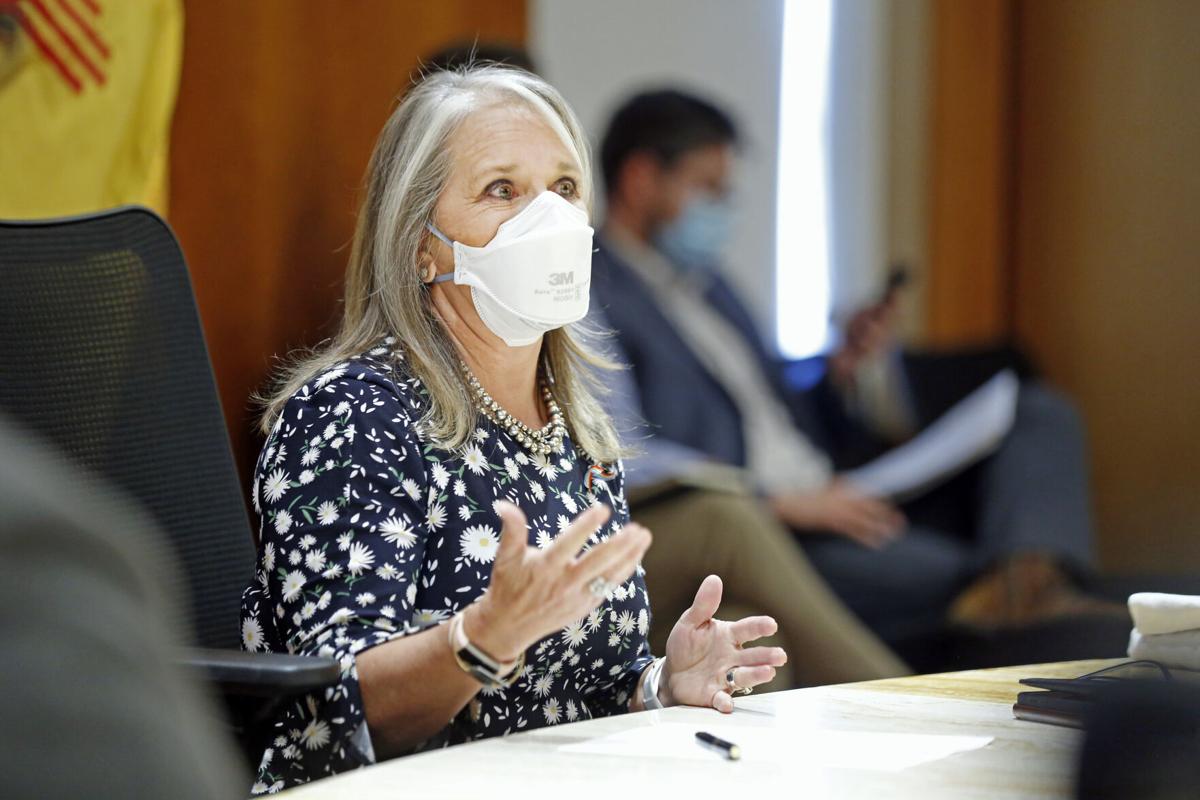 Gov. Michelle Lujan Grisham holds a news conference to sign an executive order on Monday to enhance demographic analysis and state services for the LGBTQ community in New Mexico.

Gov. Michelle Lujan Grisham holds a news conference to sign an executive order on Monday to enhance demographic analysis and state services for the LGBTQ community in New Mexico.

“This is a long time coming,” Lujan Grisham said before signing the order. “We’re mandating today that the state will, in every single agency and department, be required to shift their data collection systems so that we are adequately seeking out information and asking about both sexual orientation and gender identity.”

Responding will be voluntary, just as it is when the state asks other demographic-type questions on government forms, but Lujan Grisham said people will generally provide the information.

“Most people want you to know what the issues are for them that create either access or potentially even discriminatory arrangements that are certainly not done on purpose but rather we create unnecessary barriers because we do not know,” the governor said.

“Being able to gather that data is long overdue,” said Hamblen, who is gay.

Hamblen sponsored an analogous bill during the 60-day legislative session earlier this year. The bill cleared the state Senate and committees in the House of Representatives, but it died on the House floor amid filibustering.

Lujan Grisham said the data collection could affect a wide variety of state agencies and government services, from developing better training for foster families and social workers to “how we do curriculum in education … [and] making sure that we’re inclusive and supporting families in ways that we may not have thought about before.”

“Governor, I wish I could hug you right now,” Sen. Leo Jaramillo, D-Española, told Lujan Grisham. “I am so thankful to your commitment to making New Mexico inclusive. As somebody who has grown up in the LGBTQ community in a time when we didn’t feel safe to say who we were and what we stood for, it means so much to me that you are brave enough to stand with us, to be an ally and to be a champion for every New Mexican, to show that every New Mexican life matters.”

“It will help us to better understand our community, and I’m forever grateful and thankful,” he said.

“We all have stories about our struggles to access healthcare, succeed in an education system that doesn’t always honor our differences or to maintain economic stability,” he said. “Every queer and trans person in New Mexico knows about these disparities. What we’ve struggled to do — until now — is provide the data that proves what we already know and, more importantly, that will help us address these barriers.”

The governor’s action will affirm to LGBTQ New Mexicans “that we recognize there is inequity, and we can start by gathering the data to help us fix it,” Martinez said.

The cost to implement the executive order is difficult to estimate right now, the governor’s press secretary, Nora Meyers Sackett, wrote in an email.

“Different agencies each have different affected datasets, so each will have a varying fiscal impact,” she wrote. “Agencies will be expected to include appropriate estimated amounts in their budget requests this fall, and we’ll have a better sense of the overall scope.”

Big deal, this is voluntary, and it is none of the Governor's business what your sexual orientation or gender identity is, so just refuse to answer. This is an invasion of privacy if answered, so just say "NO".