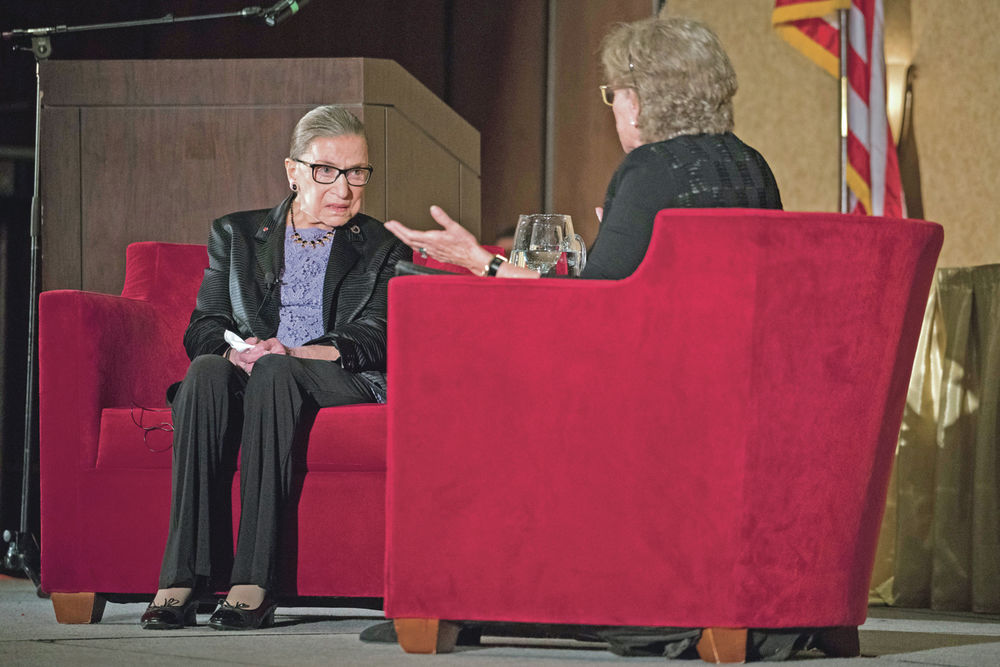 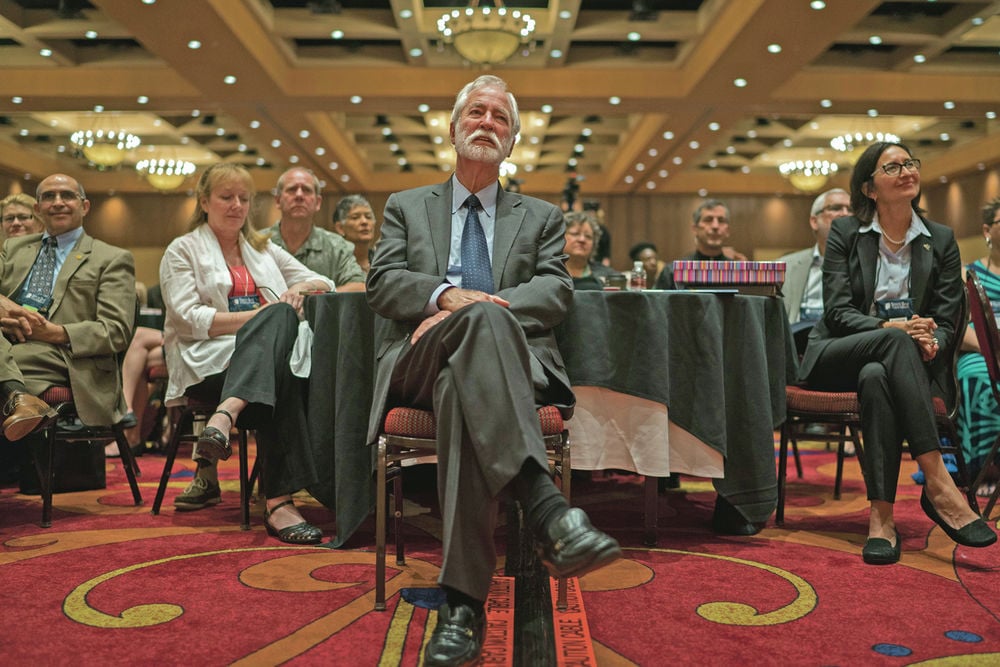 Even lawyers aren’t above gushing over Justice Ruth Bader Ginsburg, who just finished her 23rd year on the U.S. Supreme Court.

Before she took the stage Friday at Buffalo Thunder Resort and Casino during the annual meeting of the State Bar of New Mexico, one young man couldn’t stop himself from saying, “I can’t believe I’m drinking coffee in the same room as Ruth Bader Ginsburg.”

And after Ginsburg’s one-hour chat with Roberta Cooper Ramo, a longtime friend, Albuquerque lawyer and first female president of the American Bar Association, the listeners said things like, “That was worth a drive out,” and “She was an inspiration.”

Ginsburg drew 900-plus people to the large ballroom at Buffalo Thunder, a record for a state bar event. If the attendees were disappointed that Ginsburg, a member of the court’s liberal wing, didn’t lash out at Republican presidential nominee Donald Trump, they didn’t let on.

Ginsburg last month told a New York Times reporter, “I can’t imagine what the country would be with Donald Trump as our president. For the country, it could be four years. For the court, it could be — I don’t even want to contemplate that.” She later apologized, saying a judge “should avoid commenting on a candidate for public office.”

In Santa Fe, she began with a tribute to her friend and fellow opera lover, Justice Antonin Scalia, a conservative who died earlier this year. His absence, she said, was felt during the past term and “will be felt for many terms ahead.”

After reading her dissent in Bush v. Gore, the 2000 decision that gave the presidential election to Republican George W. Bush, Scalia called her chambers on her private line. She was exhausted, she recalled. Instead of saying “get over it,” as he often did when they disagreed, he advised her to go home and take a hot bath.

He was there for her personal crises as well, including when she was battling cancer. She admired his high spirits, quick wit, peppery prose, shopping acumen and that he sent her roses on her birthday, among many other things, Ginsburg said.

Yes, they disagreed on legal questions, but they had affection for each other, and above all, reverence for the Constitution and the courts, she said. And she respected him for attacking ideas, not people.

Sitting on the stage on red velvet chairs (the bar provided the diminutive Ginsburg with a stool and special pillows) Ramo turned to questions about the Constitution and Ginsburg’s role in expanding legal rights for women throughout her career.

“I was born at the right time and I had the skills of a lawyer,” said 83-year-old Ginsburg.

Ramo asked Ginsburg to talk about the court since Scalia’s death. “Eight is not a good number,” she said of operating the court without the ninth justice.

The court this year deadlocked 4-4 in four high-profile cases, including one involving the president’s immigration policy and another on jurisdiction of tribal courts. All those issues “will likely come before us again,” Ginsburg said.