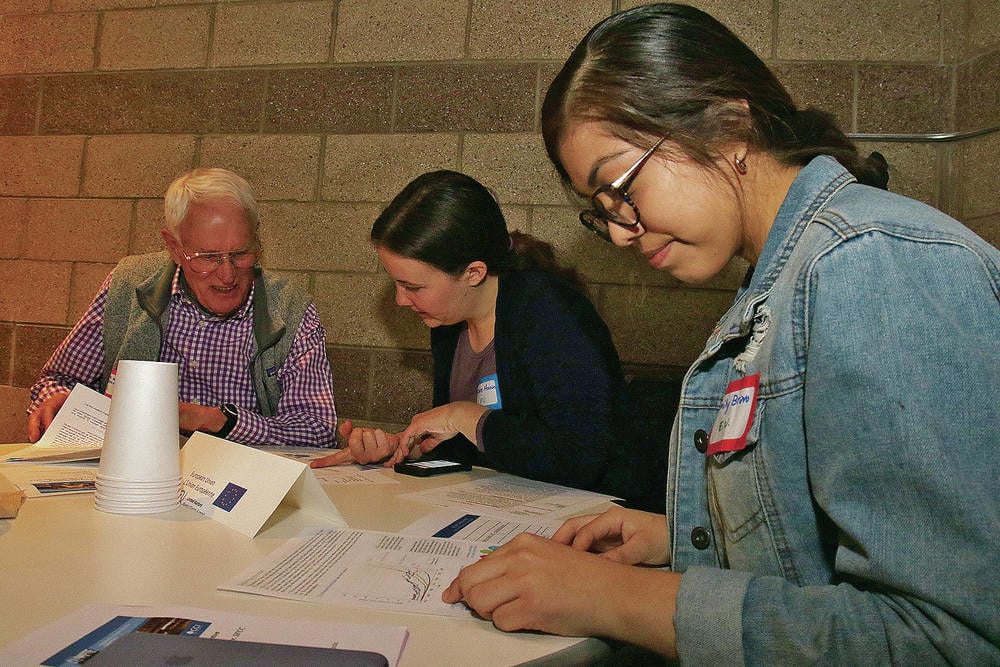 Bernie Van Der Hoeven of Santa Fe, Claire Noonan of Española and Emily Bravo, 16, of Taos, work on their roles during the World Climate game at Santa Fe Community College. Groups were split up into teams of the U.S., China, EU, India or other developed and developing nations. Jane Phillips/for The New Mexican 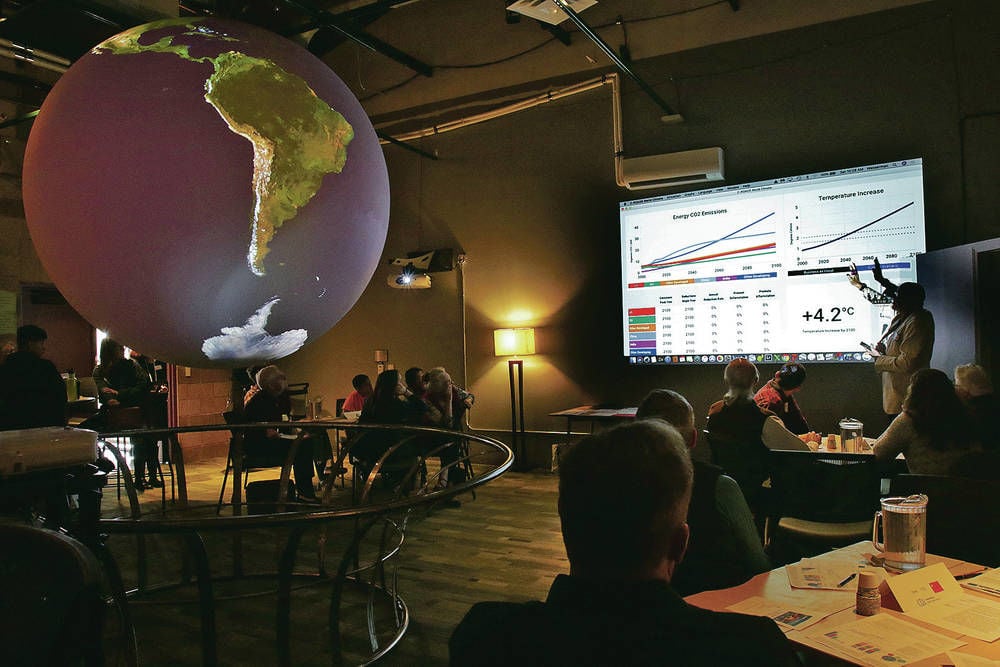 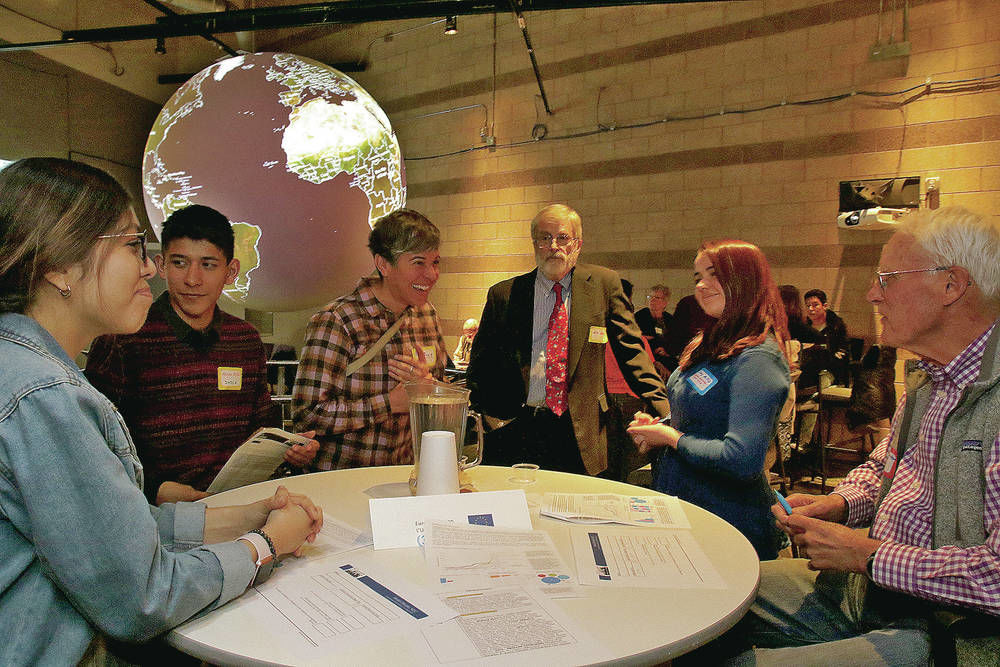 Bernie Van Der Hoeven of Santa Fe, Claire Noonan of Española and Emily Bravo, 16, of Taos, work on their roles during the World Climate game at Santa Fe Community College. Groups were split up into teams of the U.S., China, EU, India or other developed and developing nations. Jane Phillips/for The New Mexican

They have installed solar power systems at their homes and have reduced their reliance on plastic. Some eschew cars and use alternative methods of transportation with smaller carbon footprints.

But the 28 people who came to Santa Fe Community College on Saturday morning to negotiate actions to reverse climate change and prevent global catastrophes learned that more ambitious goals were required.

They also learned that a discussion on the issue doesn’t have to be terrifying or leave them feeling hopeless about the future of the planet.

“Generally, when I think about climate change, it’s very overwhelming and very dystopian,” said Tiffany Curtis, 33, who represented a bloc of developed nations during the community college’s World Climate Simulation Game, in which participants playing the roles of diplomats were tasked with reducing carbon emissions in a model United Nations-style competition.

“But this was actually fun, which was surprising,” added Curtis, a minister at First Christian Church in Santa Fe. “To be able to engage in climate change conversations that were actually fun and not just like, ‘We’re all going to die’ — that was refreshing and maybe gave me a little bit of hope for future conversations.”

The World Climate game was developed by the Massachusetts Institute of Technology and the nonprofit Climate Interactive to increase awareness of climate change and help motivate people to take action.

The game has been played by 37,000 people worldwide, according to Climate Interactive. On its website, the nonprofit cites a study by Yale University that found nearly two-thirds of Americans rarely, if ever, discuss climate change.

The participants’ challenge: agreeing to measures that would keep the average increase in the global temperature below the 1.5 degree to 2 degree Celsius threshold that scientists say would lead to catastrophic effects.

The Santa Fe players — who ranged from elementary school students to retirees — were divided into six teams representing the United States, China, India, the European Union, and contingents of developed countries and developing countries. The groups tried to realistically represent their nations based on public opinion, recent actions and opportunities within their nations for reducing emissions.

The terms of their final agreements were entered into a computer simulation that predicted the average increase in temperature the planet would see under their plan by the year 2100.

After two rounds of negotiations — first with an emissions reduction of 3.25 percent and then 4.13 percent, after the EU and bloc of developed nations drew some concessions from the U.S. and China — the teams produced temperature increases of 2.7 degrees and 2.1 degrees, respectively, both above the threshold.

Despite their failure to hit the temperature target, participants said the exercise stimulated a conversation between ordinary citizens about a long-ignored subject and gave them some hope that the world’s will for political action will continue to strengthen.

“I felt increasingly bold as the simulation went on and was generating more creativity about what can be done,” said 40-year-old Desiree Bernard, who works for a local nonprofit. “I really think that’s where the energy is. It’s in talking about solutions.”

Bernard, who represented developing nations during the simulation, added, “That’s where the energy is, instead of pulling the blanket over our head and not talking about it because it’s too scary.”

She said she has felt anxiety about global warming for years, and is now seeing some of her feelings reflected in general public opinion.

“I learned about climate change in college in 1997, and it was like, ‘Oh, we have a few decades, but the people in power aren’t really taking this seriously,’ ” Bernard said.

“My climate anxiety started then, and now it feels like the subject has finally reached a level of critical mass of awareness,” she said. “It started being an emergency some time ago, but now it’s a screaming emergency.”