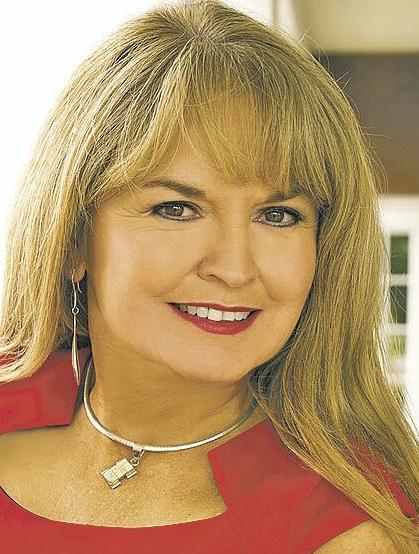 During Vigil Coppler’s first foray into politics, Maki briefly served in an unofficial advisory role for the fledgling candidate, helping chart a successful path to a District 4 seat on the City Council.

Vigil Coppler now is running for mayor, but Maki — as is sometimes common in the ever-changing world of campaign management — has become the field director for her chief rival, Mayor Alan Webber.

It’s the type of development that adds drama to a political campaign, particularly in a town like Santa Fe, where political connections often overlap and sometimes veer into personal and familial arenas.

Maki’s decision to work with Webber has certainly caught the attention of Vigil Coppler, who said she was surprised Maki — the husband of city Finance Director Mary McCoy and the son of former Bill Richardson congressional staffer Walter “Butch” Maki — opted to join the mayor’s campaign.

Vigil Coppler acknowledged she was concerned about Maki’s decision due to his familiarity with her campaign in 2018.

Maki, who operates the consulting firm Maki Campaign Solutions, said the situation was common for campaign staffers, and he didn’t see his presence in the mayoral race as an issue. He added Vigil Coppler never reached out to him about working on her mayoral campaign.

“My business is I manage campaigns,” Maki said. “I run campaigns. That is what I do. There is a big difference between a City Council race and a mayoral race.”

A field director is one of the more important positions in a political campaign and often involves coordinating a field plan and overseeing community outreach, among other key tasks.

Maki said he chose to work for Webber’s campaign because the mayor’s values align with his.

“I work for people who follow what I believe in with noble energy for climate change, for helping the homeless and social justice,” he said.

“That is not a deterrent to my campaign and to the strength that I have,” she said. “I think it’s evident that perhaps my opposition’s campaign isn’t on target with getting the best, most reasonable people. But my campaign is moving forward very strongly.”

Kathleen Sabo, executive director of New Mexico Ethics Watch, said the concept of switching sides is fairly common, likening the phenomena to sports where rival coaches and players are ofter lured away from competitors.

On the other hand, she added, it’s also common to hear of campaign staffers who choose not to “switch teams.”

Sascha Anderson, a spokeswoman for Webber’s campaign, said officials were aware of Maki’s work on Vigil Coppler’s campaign in 2018.

“Danny is a member of our team [and] this campaign because he firmly believes that Alan is a great mayor and the best candidate,” Anderson wrote in an email. She declined to comment further.

Former congressional candidate Alexis Martinez Johnson is the third candidate in the race. The election is Nov. 2.

I suppose there is a certain amount of the mercenary trait to being a political campaign manager. But why is this getting people to set their hair on fire? Consultants can work for whomever hires them.

Of course Danny Maki is in Webber's corner this go round, his wife is Mary McCoy one of Webber's highest paid staffers! Danny was also allowed illegal access to personnel files to try and determine what city employee hides behind the Facebook name Jay Baker! Which explains the rest of all city employees email and social media access earlier this week!

Undoubtedly, We are All Jay Baker!

One assumes you have hired persons in all three categories you claim to know about.

Councilor Vigil Coppler it's time to step up your campaign !! Allen will never get my vote because of the way he has infected our city with with his hate and division of our community. Let the people know what you stand for and what you are against. Like the last election with his millions he will buy his way in again. We just cant let that happen to our beloved Santa Fe.

Such an ugly post. And you complain that someone other than you is sowing hate and division.

Its all about the money and Webber can and will buy the election in any way he can.

Money helps in political campaigns. Mostly, it helps to get out your message. If Webber can persuade people his policies and practices have been helpful to them then he will be re-elected.

As of this writing, candidate Vigil Coppler will get my vote. I want someone well qualified who knows New Mexico and is "of" New Mexico. But I also think Vigil Copper is a long shot. I expect Canyon Road money, with the further backing of the first generation gentrified Santa Fe white community, will be hard to beat.