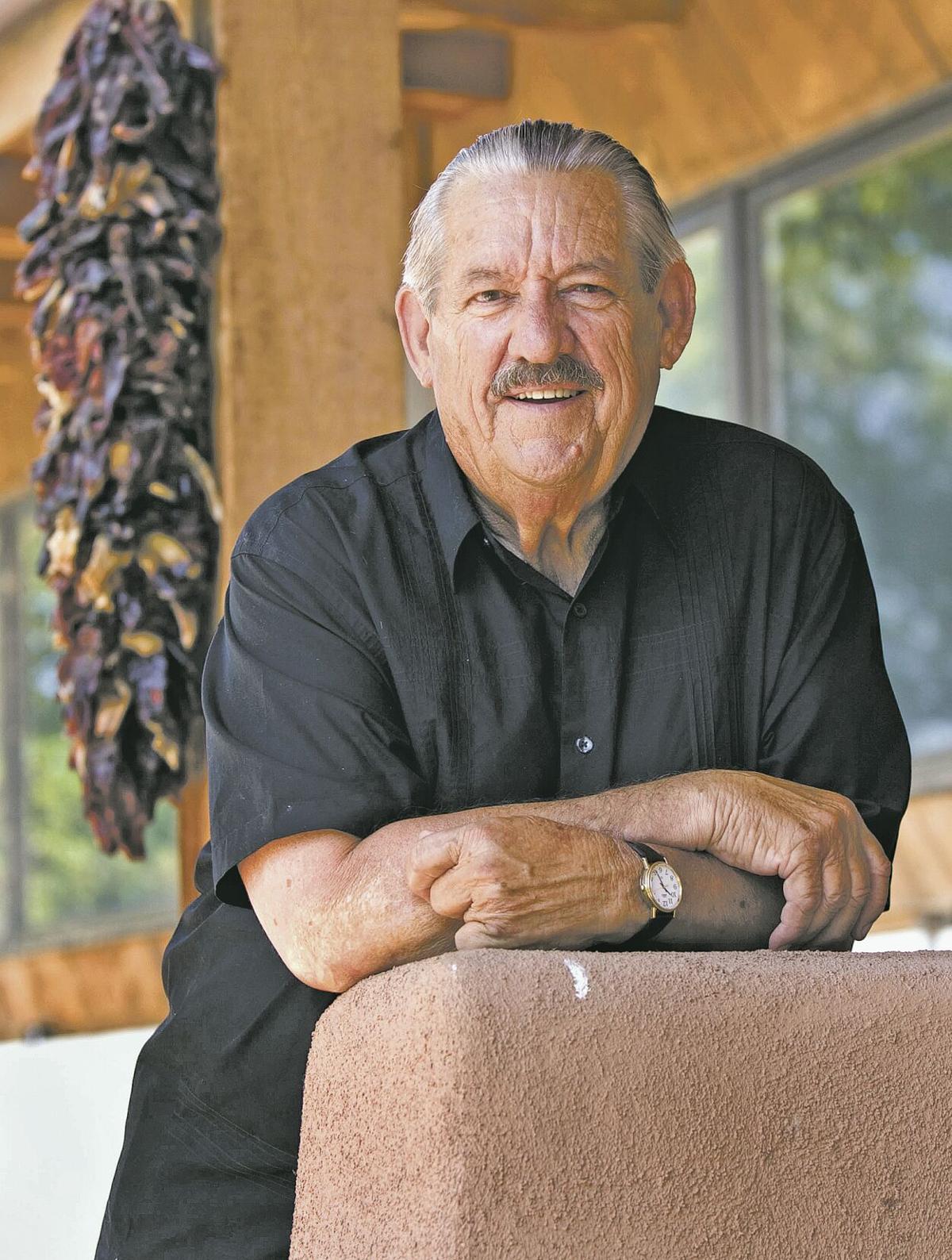 Fred Harris in 2004 at his New Mexico home. The former U.S. senator for Oklahoma and former professor at the University of New Mexico spoke recently on race relations in the United States. He was a member of the Kerner Commission in the late 1960s that made recommendations to President Lyndon Johnson. 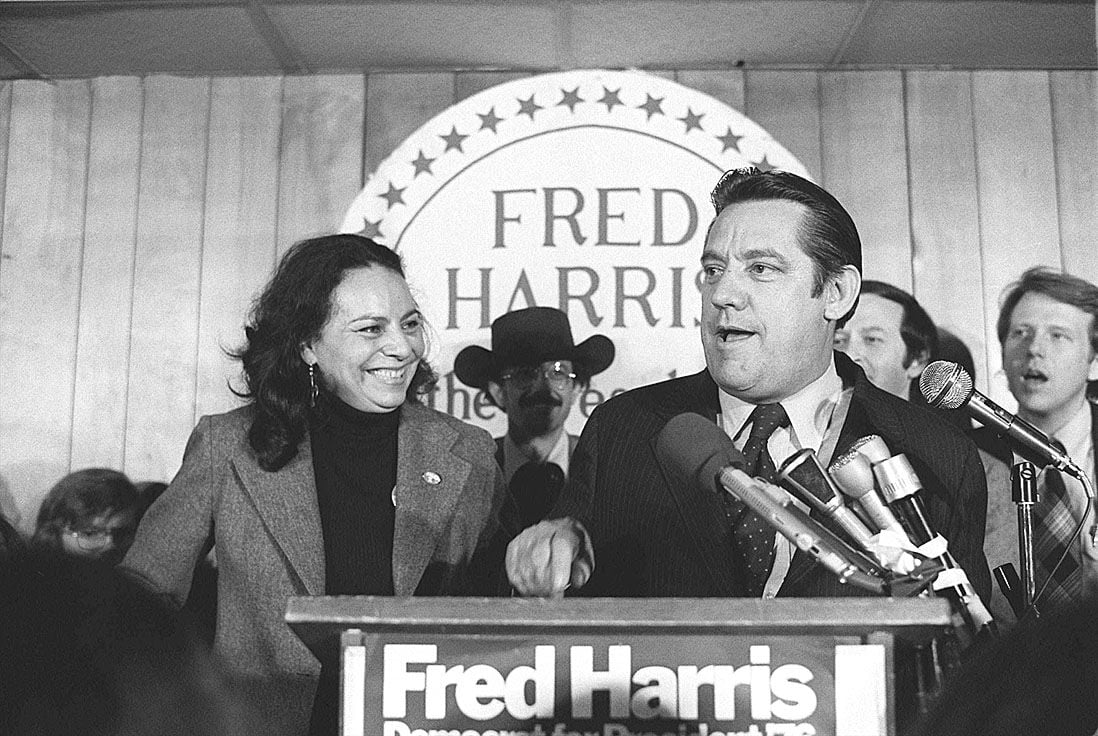 Former Oklahoma Sen. Fred Harris in 1975 in New York where he entered the presidential primary. He was a member of the Kerner Commission in the late 1960s that made recommendations on addressing racial inequality. Harris spoke Thursday, wondering how far the United States has come since 1968.

Fred Harris in 2004 at his New Mexico home. The former U.S. senator for Oklahoma and former professor at the University of New Mexico spoke recently on race relations in the United States. He was a member of the Kerner Commission in the late 1960s that made recommendations to President Lyndon Johnson.

Former Oklahoma Sen. Fred Harris in 1975 in New York where he entered the presidential primary. He was a member of the Kerner Commission in the late 1960s that made recommendations on addressing racial inequality. Harris spoke Thursday, wondering how far the United States has come since 1968.

More than a half-century ago, a panel known as the Kerner Commission warned President Lyndon B. Johnson of a nation moving toward “two societies — one black, one white — separate and unequal.”

Racism was leading to poverty, disillusion and despair among Black communities.

The group’s report rocked the nation’s moral conscience, said Fred Harris, 89, a former U.S. senator from Oklahoma who is the last surviving member of what was formally called the National Advisory Commission on Civil Disorders.

During a talk Thursday night sponsored by Albuquerque-based New Mexico Voices for Children, Harris, a longtime New Mexico resident, said he wonders how far along the U.S. has come since 1968, when the group released its findings. He noted the civil, racial and political unrest in the nation this year in the wake of the death of George Floyd, a Black man killed during a May 25 arrest in Minneapolis.

He noted both the financial and educational achievement gaps between Black and white people remain as wide in 2020 as they were more than 50 years ago.

He said the Floyd killing “is not just a one-time thing. … This is systemic.”

In the wake of civil rights marches, protests and riots across the nation, Johnson wanted the commission to find out the root of the problems and what could be done to fix them.

After researching the issue, the commission offered a number of solutions, including additional investments in public education for Black children, desegregation of housing and job creation programs.

“Everything we found and said then remains true now,” said Harris, a board member for New Mexico Voices for Children and a former professor at the University of New Mexico.

One difference he sees, he said, is that “people are ready — no question about it — to do something about it.”

He said he wishes the nation would have been ready in the late 1960s, when the report was released, but opposition to the Vietnam War was growing and Johnson found himself fighting too many political wars on too many fronts to stand behind the report.

Instead, Harris said, Johnson pretty much ignored it, canceling a public ceremony to highlight its conclusions. Without looking at the report, the president erroneously believed it gave him no credit for his many civil rights advances, Harris added.

“Johnson, distracted and beleaguered by the Vietnam War and protests, was misinformed [about the report] and he thought there was a group of outside agitators pushing us,” Harris recalled.

When the report was published as a paperback book, it sold a million copies, proving many Americans wanted to get to the heart of the racial divide and socioeconomic conflict that was tearing the nation apart, he said.

Committee members had divided into teams and visited several cities where racial strife and riots occurred. They interviewed leaders involved in the civil rights movement, including Martin Luther King Jr., and unemployed Black people on the streets, some of whom told Harris, when he visited a riot-torn Cincinnati, “Jobs, baby, get us a job. We need jobs.”

In retrospect, Harris said, he believes the commission made two mistakes. It held its hearings behind closed doors, rather than opening them to the public. And commissioners should have invited members of the media to accompany them on their field trips around the country to report on what they were doing.

“I think we could have done a better job,” he said.

Harris, who spent part of his childhood living with a Comanche family in rural Oklahoma — an experience that inspired him to get involved in civil rights actions shortly after he graduated from law school at the University of Oklahoma — served in the U.S. Senate from 1964-73.

He said he thinks the nation has a long way to go to help African Americans and other disenfranchised and impoverished groups — including raising the minimum wage and ensuring more affordable and integrated housing is built.

Harris has been heartened by the various advocacy and activist movements that have sprung up in the past few years, he said, including Occupy Wall Street, the Women’s March and Black Lives Matter.

“There’s more activism today than I’ve ever seen,” he said.

His response to people who ask him, “What can I do?” is simple, Harris said.

But they torn down and vandalized all the Confederate statues, and got rid of the Washington football team's name, and burned, looted, and vandalized many major cities, so now everything will change, right Fred?