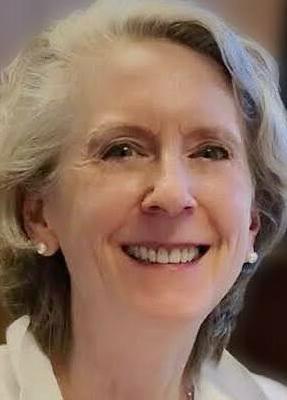 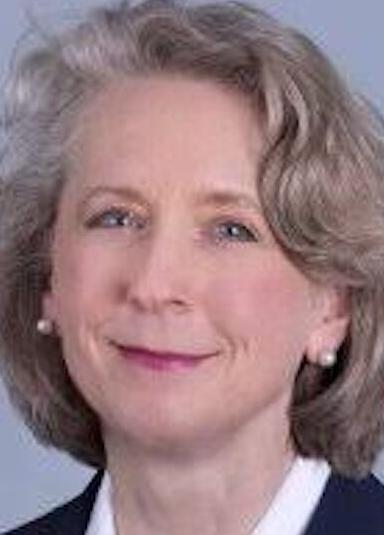 Jan Goodwin, a white woman who is 61, is claiming “institutional and systemic” gender, age and race discrimination in her complaint, which states she was paid about $100,000 less than her male counterpart at the New Mexico State Investment Council.

Goodwin, who spent almost 13 years as executive director of the state Educational Retirement Board, was earning just over $183,000 annually before she resigned this year. The lawsuit claims Goodwin was “clearly more qualified” than State Investment Officer Steve Moise, who is paid nearly $276,000 annually. It also claims Goodwin “consistently produced better results for the educational employees of the State of New Mexico than had Mr. Moise, under the scrutiny of any reasonable comparative analysis.”

In a statement, Goodwin wrote the decision to bring the lawsuit, filed Thursday in federal court, was not an easy one.

“After years of trying to address the gender, age and racial disparities in salary among employees at NMERB and those in similar agencies with similar positions, I realized that I was being forced to quit and my only option was the one I’ve taken,” wrote Goodwin, who left her family in New Mexico to become executive director of the New Hampshire Retirement System.

The “illegal pay disparity” Goodwin endured began with her hiring in March 2008, according to the lawsuit, which states her appointment as executive director was “unfortunately marred by the fact that she was to be paid” about $13,000 less than another male counterpart, Terry Slattery, then the executive director of the state Public Employees Retirement Association.

“These two jobs required equal skill, effort and responsibility and were both performed under similar working conditions,” the lawsuit states. “There were no differences between these two job positions because of a seniority system.”

In August 2009, Goodwin received a pay increase that made her salary comparable to Slattery’s, which the lawsuit calls an acknowledgment “that she had not been receiving pay equal to that paid to her male counterpart, that such pay disparity was illegal and that the illegal disparity required correction.”

Despite the acknowledgement, Goodwin’s “deficient back pay” was never addressed or corrected, the lawsuit states.

“Since that time until the present, such pay disparity … has been continuous and ongoing and constitutes accumulating violations of state and federal anti-discrimination and equal pay laws,” the lawsuit states.

When Moise became the state investment officer in April 2010, earning over $100,000 more than Goodwin — an “enormous, unconscionable and obviously illegal disparity” — Goodwin’s salary remained the same even though the two jobs required equal skill, effort and responsibility, the lawsuit states. The lawsuit alleges Moise did not have the professional experience required by state statute of at least five years of investment and executive experience to even qualify for the job.

“But his illegal appointment was nevertheless accomplished by then-Governor Bill Richardson and was duly ignored by [former Gov. Susana] Martinez throughout her tenure and by Defendant Governor Lujan Grisham upon her taking office,” the lawsuit states.

“I serve on the investment and pensions oversight committee. I never found a good reason that explained why Ms Goodwin was paid so much less than her male counterparts. Pressure from Gov Office was ABSOLUTELY a factor in stopping any pay raise for her.”

Goodwin’s attorney, Merit Bennett, said in a news release Lujan Grisham was “well aware” of an “enormous pay disparity” between Goodwin and Moise because a lawsuit had been filed against the Department of Finance and Administration by the Educational Retirement Board in February. The lawsuit sought to prevent the department from overriding the board’s authority to increase the salaries of Goodwin and other teacher pension fund employees, the news release states.

“The Governor should not resent nor discriminate against other talented women in our state, such as Ms. Goodwin, who deserve to be paid equal to their male counterparts,” the news release states. “That is what we have here. Governor Lujan Grisham and her co-conspirators are clearly jealous of Ms. Goodwin, an older, white woman with extraordinary intelligence and talent who has brought our state’s educational retirement system to the highest level of performance for our public school teachers and administrators.”

Nora Meyers Sackett, the governor’s press secretary, responded to the allegations against Lujan Grisham in no uncertain terms.

“The claims in the lawsuit, so far as they involve the governor, in particular the preposterous allegation of ‘jealousy’ and inexplicable reference to ‘co-conspirators,’ are entirely without merit,” she wrote in an email.

Sackett pointed out Goodwin’s salary was set prior to Lujan Grisham taking office.

“This woman’s grief about her compensation, which made her among the highest-paid government employees in the state, is her own business, not this governor’s, and for her to accuse the governor personally of engaging in ‘discrimination’ defies explanation,” Sackett wrote.

Goodwin asserts in her complaint the teacher pension fund “has consistently outperformed the State Investment Council while the [agency] has been under the management of Mr. Moise.”

Former executive director of the New Mexico Educational Retirement Board

The Educational Retirement Board, which has about 73 employees, oversees defined benefit pension plans for about 60,000 active members and 46,000 retirees, as well as an estimated $552 million defined contribution retirement plan for 4,000 participants. Assets overseen by the teacher pension fund were estimated at $12.5 billion at the start of the year.

The State Investment Council manages more than $30 billion in permanent endowment and state funds and about $1.6 billion for 22 other New Mexico government entities. The agency, which currently has 24 full-time employees but is authorized for 26, contributes, on average, 15 percent of the state government’s operating budget annually, "saving each New Mexico family more than $1,200 in taxes each year" as a result of the more than $1.15 billion in investment earnings it delivers to the state annually, according to its website.

The state has done this kind of thing for years - I know because I happen to have first-hand knowledge. There's absolutely no reason a woman should earn 30-50% less than her male counterpart(s), given that they have the same skills and are doing the same job. It's particularly egregious when the same woman is outperforming her male counterparts.

@Debra Sauer and the others complaining about Ms. Goodwin's salary:

Whether or not Ms. Goodwin can 'live on' the salary isn't the point, is it? Compensation for any position is set according to one's education, training, experience, and job performance. Managing these funds requires specific skills and can't be done by the run-of-the-mill government employees. Very few people can do this job and basic economic principles require their compensation to be higher.

To others who assert that Ms. Goodwin is at fault for not negotiating a better salary, that failure is the entire point of the lawsuit -- because negotiations had failed. In addition, state employment rules are antiquated and don't allow a lot of flexibility once one has been doing the job for some time (although there's considerably more flexibility for appointees). I hope that the result of this lawsuit forces the state, this governor, and future governors to do a better job when it comes to female compensation and fairness in the workplace.

Can I point out the hypocricy of the folks who are disparaging Ms. Goodwin's complaint? Nobody here has complained about Mr. Moise's salary, which was about 51% higher than Ms. Goodwin's? See how bias works?

Best of luck to Ms. Goodwin, but I agree with others that the bit about jealousy does little for her cause.

For years, the American Media, Politicians and pundits alike have ranted about a so-called, much-needed "Conversation on Race" - while restricting it to only two groups.

Until the U.S. can finally admit that discrimination, racism and bigotry comes in many colors and both genders, -and none of it acceptable- it will continue to be a cancer to this nation.

With, Liberty and Justice for All. Or, none.

She had been in that position for 13 and she had received a raise already. Just because you didn’t negotiate the best salary doesn’t necessarily mean you have been discriminated against.

The issue of gender pay equity is a serious issue and one that should absolutely be addressed, particulaly for positions in government. However, the inclusion of race and statement regarding "jealousy" seem unnesseary and are a distraction from the larger issue.

Given that she served under successive governors, going after MLG seems like a cheap parting shot (accusations of jealousy further cheapen it) in what might have been a valid complaint. It seems she waited until she got a better job. So the intrinsics of sexism get subsumed by a bitter exit - by quite possibly a talented woman.

Race is a protected category, I believe. The statement regarding "jealousy" appears to have been made by Ms. Goodwin's attorney. That's what attorneys do and the statement should not reflect on Ms. Goodwin since she did not make the statement.

Well I guess this makes the 3rd consecutive NM Governor to continue driving NM State government into the ground.

What this poor woman apparently does not understand is that once you complain about any government employee, you become a TARGET of their wrath from which there is NO escape.

Right. So why is there an EEOC if retaliation is widespread and accepted?

Lee - I could be wrong but I believe the EEOC has to evaluate a complaint and approve it before it can progress and evolve into a lawsuit. If I'm correct, then she has already been processed through that step. The EEOC acts as a filter to determine who can and who cannot proceed with their claims. She still has a long journey ahead and she will be forever blackballed from any gainful employment in the State of New Mexico.

I agree completely. The whole EEOC thing is a sad, disappointing sham.

Well, there do seem to be some drips here.😉

Poor thing. She was barely earning under $200k. Most state employees earn 1/4 of that. Talk about pay disparity.

It's not a pay disparity, it's an education and experience disparity, and rightfully so. Most average state employees do not have Ms. Goodwin's resume. If you want six figures, get the credentials.

As another poster noted, there aren't any complaints about Mr. Moise's salary? Shall we do the math there, too?

Agree. Like Webber, I gave MLG a wide berth and was hesitant to criticize, but there are many data points now that make it hard to look past and dismiss as small mistakes or circumstance. Still, Webber is the biggest failure by any stretch of the imagination. MLG is beginning to disappoint.