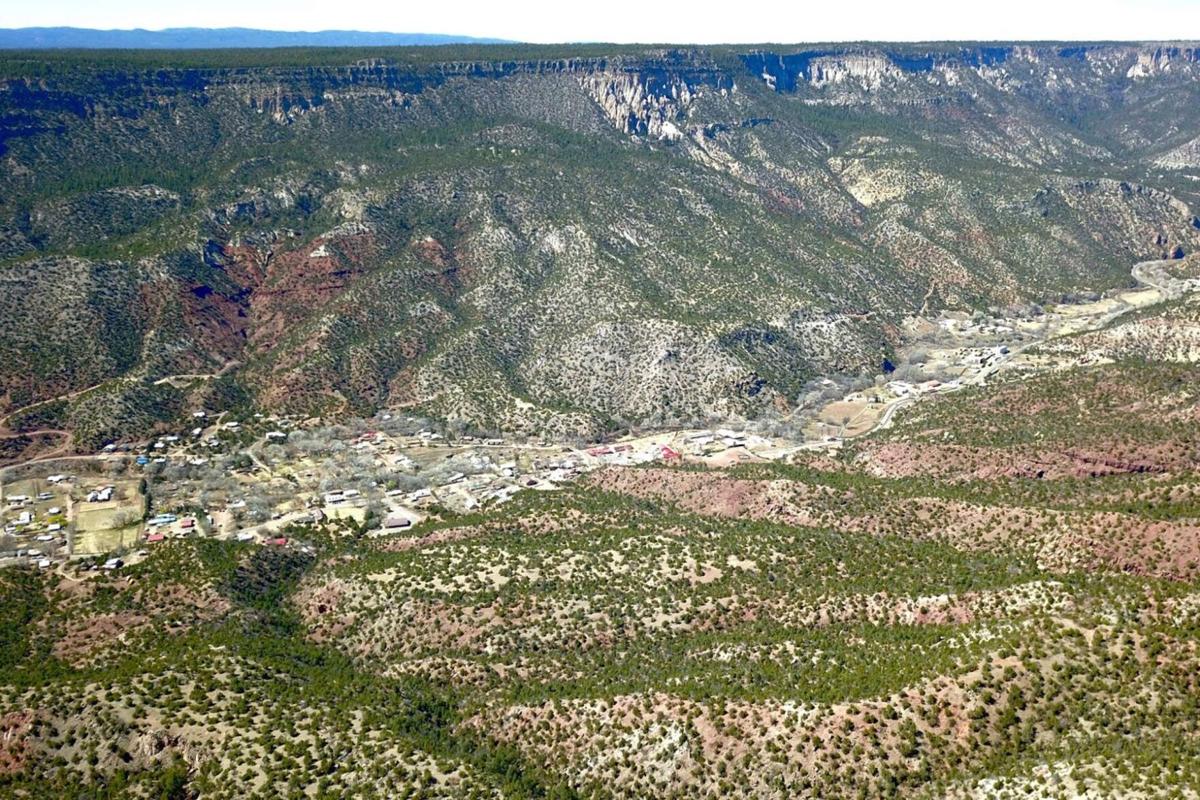 Valley of the Spirit Ranch consists of two parcels of land on either side of the Jemez River. 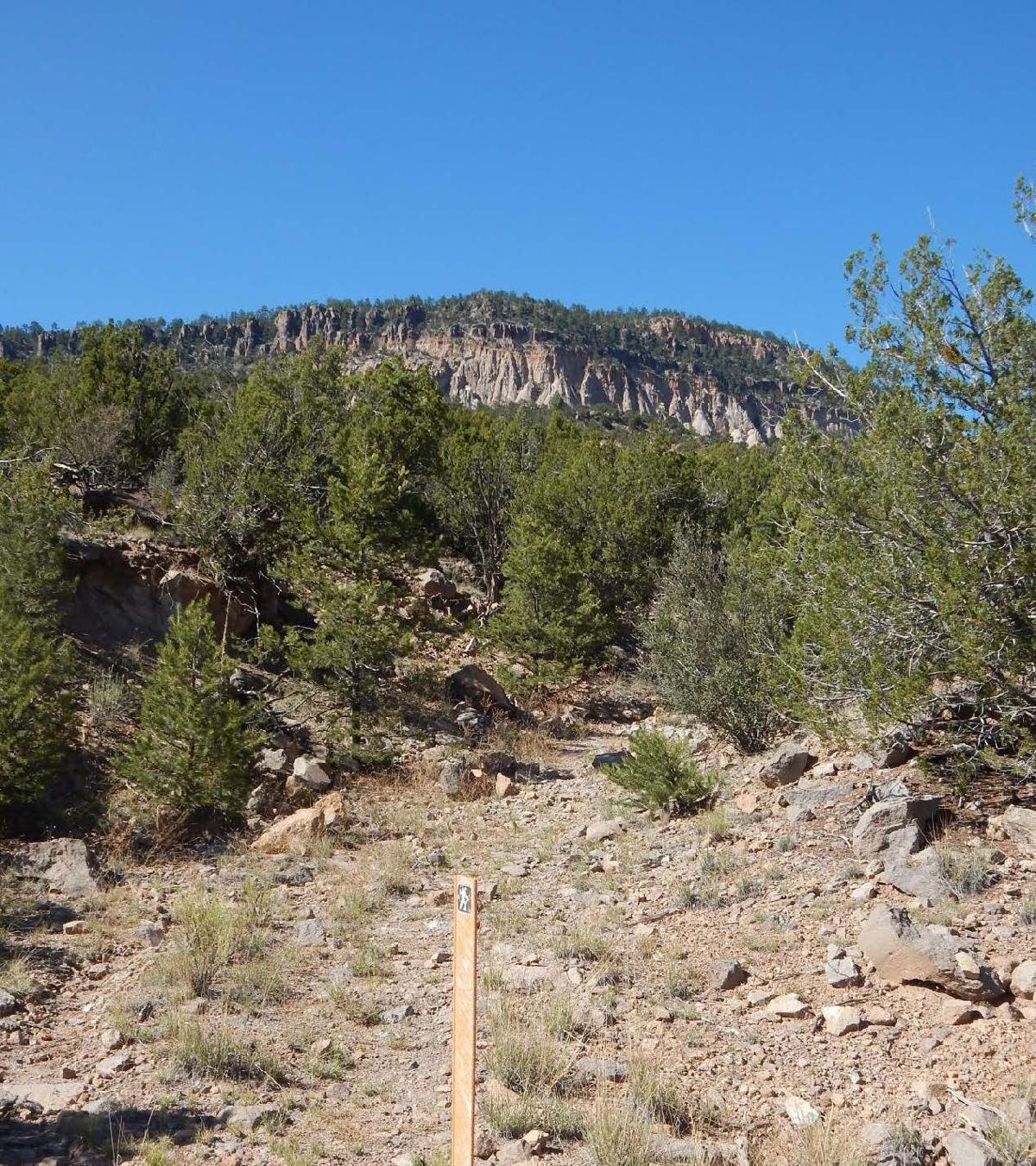 Valley of the Spirit Ranch, which is set to become part of Santa Fe National Forest, has some trails already in place.

Valley of the Spirit Ranch consists of two parcels of land on either side of the Jemez River.

Valley of the Spirit Ranch, which is set to become part of Santa Fe National Forest, has some trails already in place.

Hikers, anglers and other outdoor enthusiasts will have a larger playground near Jemez Springs when the U.S. Forest Service buys a historic, 2,000-acre ranch.

The federal government is purchasing the Valley of the Spirit Ranch, two sprawling parcels that surround the village of Jemez Springs in Santa Fe National Forest.

About $2.2 million has been approved for the purchase, which will be one of the largest additions ever to Santa Fe National Forest and expands the public’s access to areas that are now hard to reach because trekkers must go around private land.

Forest managers estimate the sale will close in the coming year. Efforts began a couple of years ago to buy the land because of interest in enhancing outdoor recreation and protecting sensitive areas from development.

“This acquisition will make it so people can hike out of Jemez Springs from various points in town and immediately be on public land where they are welcome to hike,” Tom Ribe, a longtime public land advocate, wrote in an email.

As an example, hikers could continue up the side canyon from Jemez State Monument and know they are on public land, Ribe said.

Dave Gold, a Santa Fe hiking organizer, agreed the purchase would remove potential conflicts and blurred boundaries between public and private lands, which are becoming more common in New Mexico.

“It happens all the time. There are so many problems with that,” Gold said. “It’s good to see the Forest Service executing good planning like this.”

The Forest Service is buying the property through a conservation fund that was fully established when the Great American Outdoors Act passed last year.

U.S. Sen. Martin Heinrich of New Mexico played a key role in securing the funds to buy the land.

“Protecting this land ensures public access to outstanding outdoor recreation, contributes to the important tourism economy of New Mexico and preserves cultural sites of great significance to the valley’s tribal and Hispanic heritage,” Heinrich said in a statement.

The land is within the Jemez National Recreation Area, which allows access from N.M. 4. It is part of the Jemez River watershed, a riparian ecosystem that supports wildlife habitat and supplies water to downstream communities such as Jemez Springs and Jemez, San Ysidro and Zia pueblos.

The property already has hiking trails that stretch through geologic features in the landscape. It also has an undeveloped hot spring and one of the largest peregrine falcon nesting areas in the forest.

Other protected species that occupy the land include the Mexican spotted owl, the New Mexico meadow jumping mouse, the Rio Grande chub and the Rio Grande sucker.

And because the two parcels abut both sides of the Jemez River, it should offer good fishing opportunities, Forest Service spokeswoman Julie Anne Overton said.

In written statements, tribal and Jemez Springs officials touted how the acquisition will protect ancestral sites and the town from intrusive development.

“We have dreamed for a very long time that this privately owned parcel could become public land,” Jemez Springs Mayor Roger Sweet said. “And now it’s no longer a dream but a reality.”

The sale is complex and involved, requiring not only negotiation between the government and the landowner, but a coordination with the local tribes, said Jonathan Hayden, land-use program manager for Santa Fe National Forest.

The sale price will hinge on appraisals, including one scheduled later this year, Hayden said. Developers have eyed this property in the past, so it’s important the government buys it to preserve its unique features, he said.

“It’s a once-in-a-lifetime opportunity to acquire a chunk of land of this size … for the benefit of all Americans,” Hayden said.

I'm conflicted. Adding lands for public enjoyment sounds like a good thing. But with increased access and NFS 'management' comes risks and costs. Increased use results in trash, erosion, areas cleared of vegetation for camping. If livestock grazing is now permitted, the damage will be greater. With most of Sandoval County in either Extreme or Exceptional drought conditions, I can't help but have concerns about the now exponentially increased risk of the whole area being scorched. The active Wolf Draw fire up near Cuba has been determined to have been caused by an abandoned campfire. The catastrophic Cerro Grande fire was caused by a NFS 'controlled burn' gone awry. I wonder if the land and the vegetation and wildlife on it would have been better preserved and safer if it remained in private ownership.

Jason Evans- spoken like someone who has never actually worked up close with the issues of Public Lands. Without the experience at hand, Mr. Evans, you can only wonder.

Though with the race baiting and angry lies that characterize some of your other comments, perhaps gentle readers should be content.

You do deign to make one substantive comment above, that there is "now exponentially increased risk of the whole area being scorched." Can you cite any source for this claim?

What wonderful news. Kudos to the many people whose hard work brought this about!