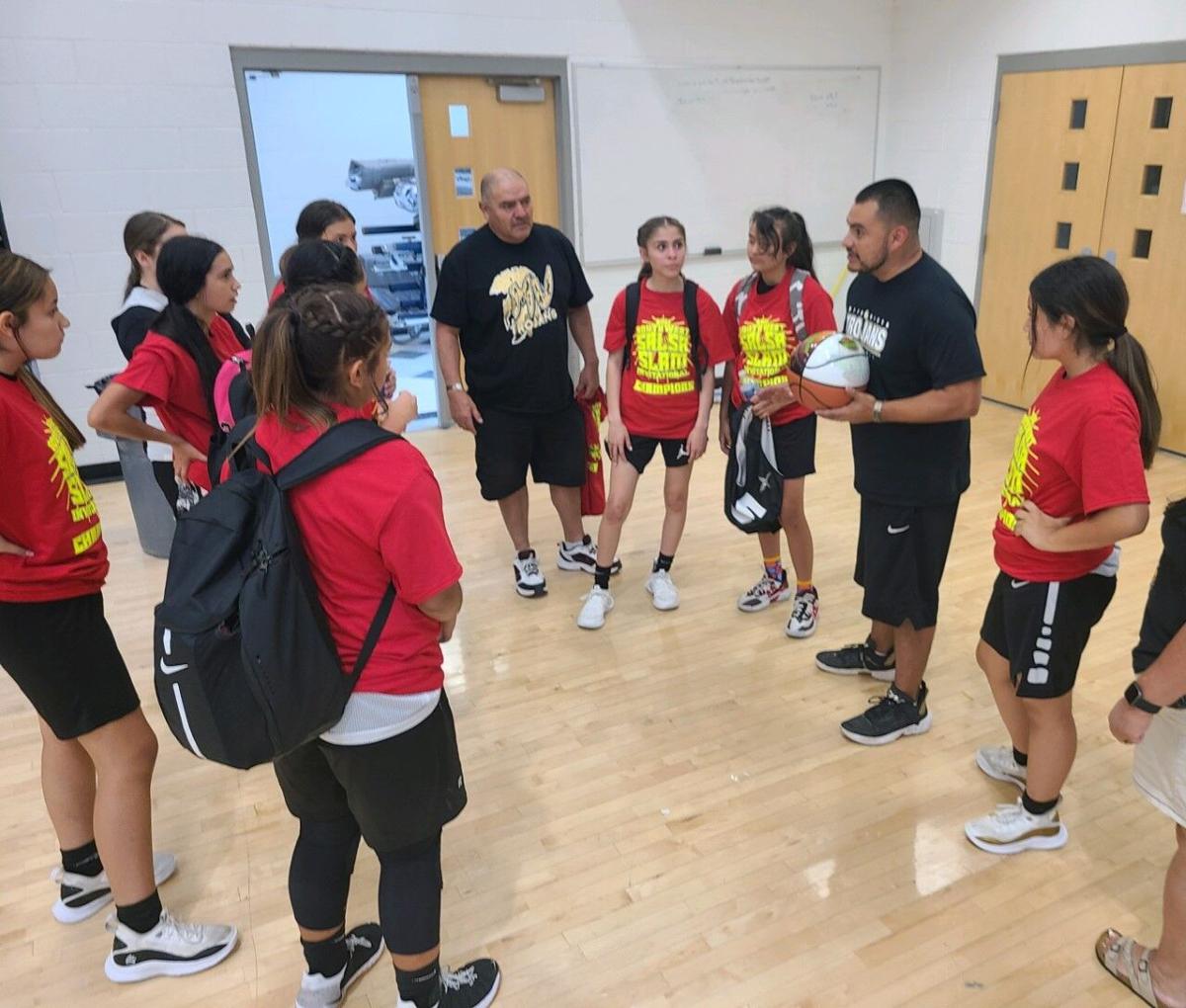 Coaches Leonard Torrez, right, and Leonardo ‘Leo’ Torrez with the Mesa Vista girls basketball team in 2020. The father and son died this week from complications of the coronavirus. 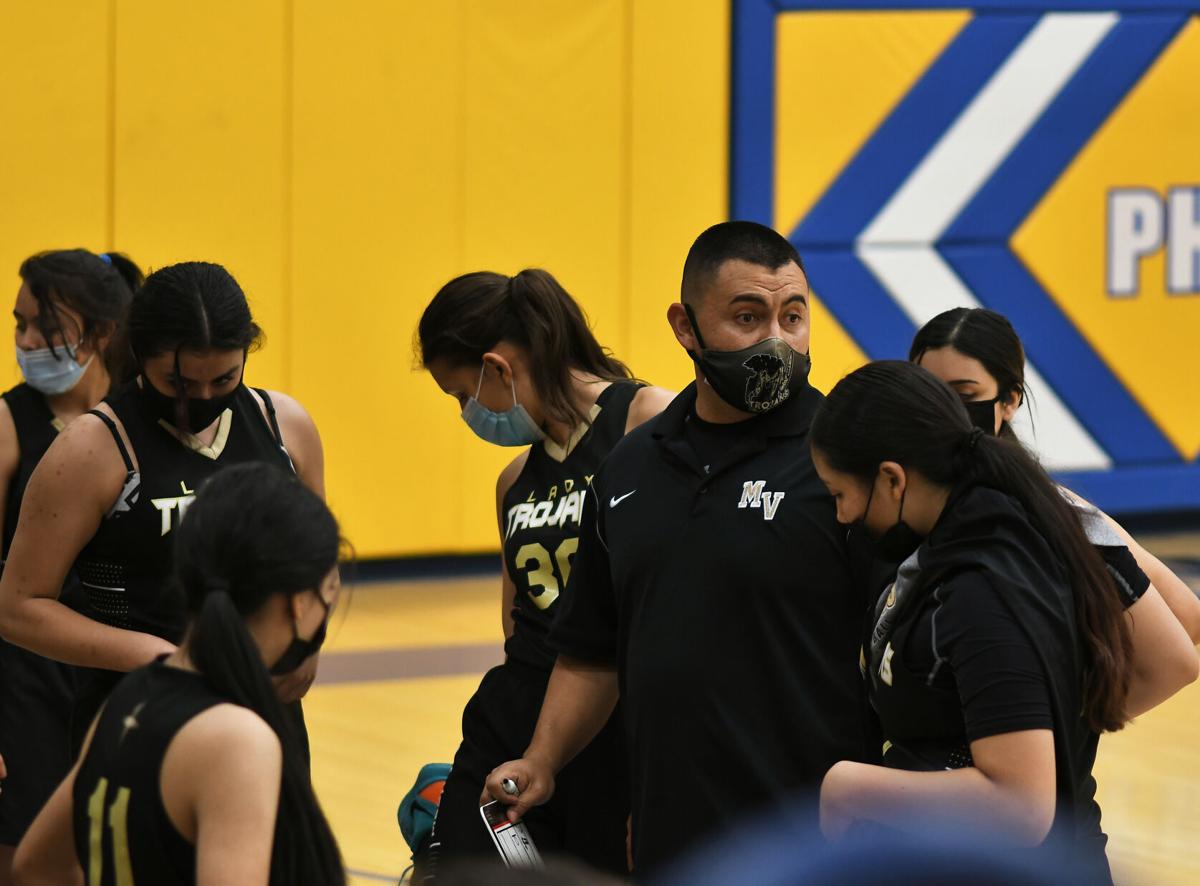 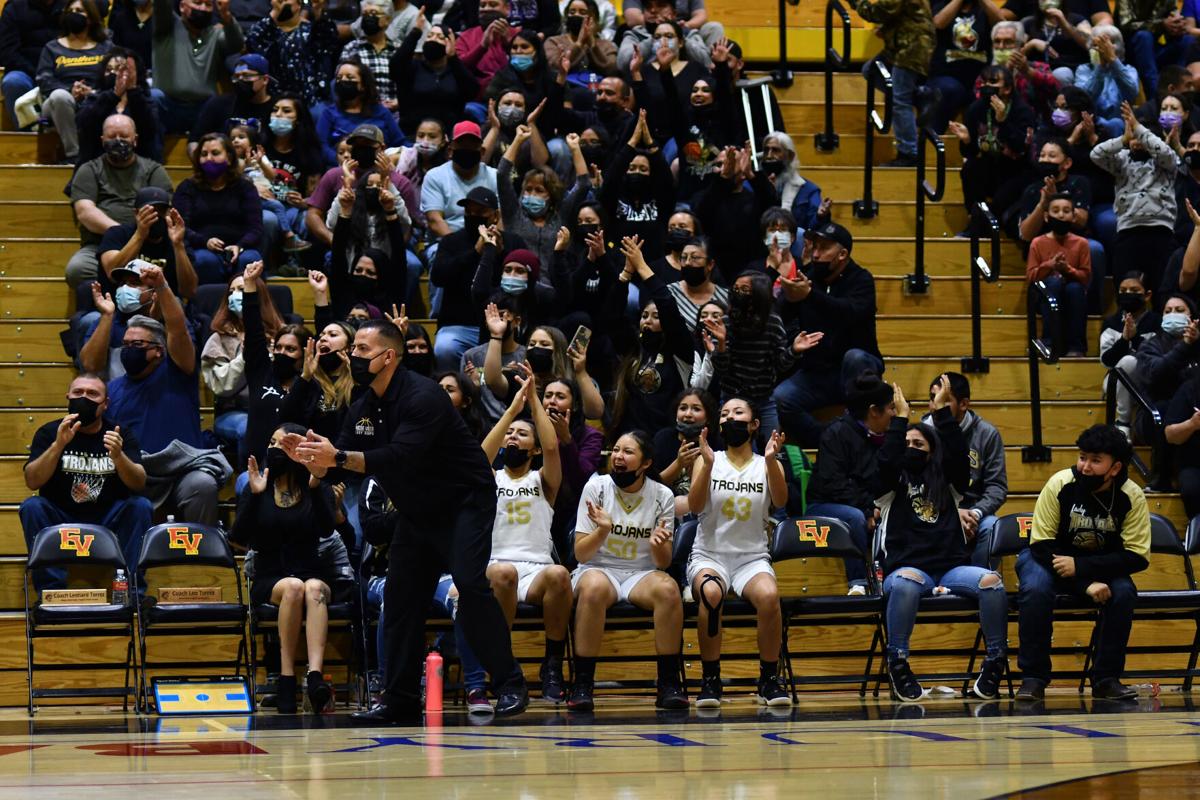 Coaches Leonard Torrez, right, and Leonardo ‘Leo’ Torrez with the Mesa Vista girls basketball team in 2020. The father and son died this week from complications of the coronavirus.

Leonardo “Leo” Torrez and Leonard Torrez were more than just father and son — people who knew them said they were best friends.

So, it was no surprise to anyone when the Torrezes teamed up to coach volleyball and girls basketball at their alma mater, Mesa Vista High School, for the past two seasons.

Jesse Boies, an assistant coach at Mesa Vista and a family friend, said the Torrezes contracted the virus within days of one another in mid-December and were transported to Presbyterian Española Hospital on Christmas Eve. The elder Torrez was later moved to University of New Mexico Hospital.

When the elder Torrez died, Boies said Leonard Torrez’s vital signs steadily took a turn for the worse — as if he knew what happened to his father.

“That’s kind of a bond they had,” Boies said. “I don’t think they could be without each other, and that’s when things kind of started going down.”

The Torrezes’ deaths are a tragic part of what has been an otherwise successful season. The Lady Trojans are 9-1 heading into a game scheduled Thursday at McCurdy.

Boies, who is now coaching the team, said the Torrezes were vaccinated, in part because it was a requirement to coach for Mesa Vista Consolidated Schools. Leonard Torrez served as head coach and his father was the assistant at the small school in Ojo Caliente.

Apodaca, who also is the head boys basketball coach, said the men had a passion for athletics and the students in their community.

“You get this double dose of Torrezes,” Apodaca said. “They loved kids, and when they were coaching, you knew they were coaching for their community. You don’t always get people saying, ‘Hey, I want to give back to my community,’ but they did.”

Thomas Vigil, a 2001 Mesa Vista graduate and a teammate of Leonard Torrez on the boys basketball team, said it was evident back then the father-son bond was strong. They even worked together at a family business, Torrez Towing and Recovery.

“Leonard figured out early on his hero was his dad,” Vigil said.

Boies said family was important to the Torrezes, which was partly why they decided to coach. Leonard Torrez’s daughter, Kylie Torrez, was a sophomore on the team, and eighth grader Jaslene Torrez just moved up from the middle school team to the junior varsity squad.

Leonard Torrez and Boies knew each other because they coached elementary school teams and often matched wits against each other before teaming up at Mesa Vista in 2021.

Boies said Leonard Torrez was a doting father, taking his four daughters camping and fishing. They also dressed up for dinner dates, with their father often donning a shirt and tie to mark the occasion.

“He’s a very family-oriented man, and he was a great community guy,” Boies said. “He just did so much for the community and for the youth in this area.”

The last time the Torrezes were on the sideline for a varsity game was during the Ben Luján Classic at Pojoaque Valley on Dec. 18. Boies said Leonardo Torrez started to feel ill after that game and was not present for the Lady Trojans’ 54-41 win over Crownpoint in the tournament’s White bracket championship game.

It was in the next day or two his son began to exhibit symptoms, Boies said.

“He was like, ‘I’m not feeling too good,’ ” Boies said. “I told him he had to take care of himself, and he’s got to get over this and we’ll be good. But then he just started going downhill after that.”

Boies said memorial services for the Torrezes are pending.

Really tragic and heartbreaking. Condolences to the family, team, and friends. They sound like an amazing pair of men. I also find it really pathetic to see so many comments deleted. I'm guessing some or the participants in this forum have serious problems. Even more sad.

Quite a sad story; my condolences to the Torrez family and friends of this father and son.

They were vaccinated it says, and according to NM stats from the last month, 11.9% of deaths were in fully vaccinated people. The vaccine is no where near 100% protection against death.

They were both fully vaccinated. They kept the families and the health of the families they worked with a priority. This virus does not discriminate! Anyone, vaccinated or not, can get the virus. Stay safe.

It was just brought to my attention, that the article does say that the family said they were both vaccinated. It doesn’t say if they got the booster. In any case it’s a terrible heartbreaking loss for their family and their team.

The new coach is saying it is the school policy that the should have been vaccinated, but that is different than confirming they were actually vaccinated.

I agree with DeeDee Downs. It’s a terribly sad tragedy. It’s important to share if they were vaccinated or not. The article neglected to give that information. Vaccines are saving lives. We need everyone to get ‘fully’ vaxed including the booster, so we can get on the other side of this and start to be safe again.