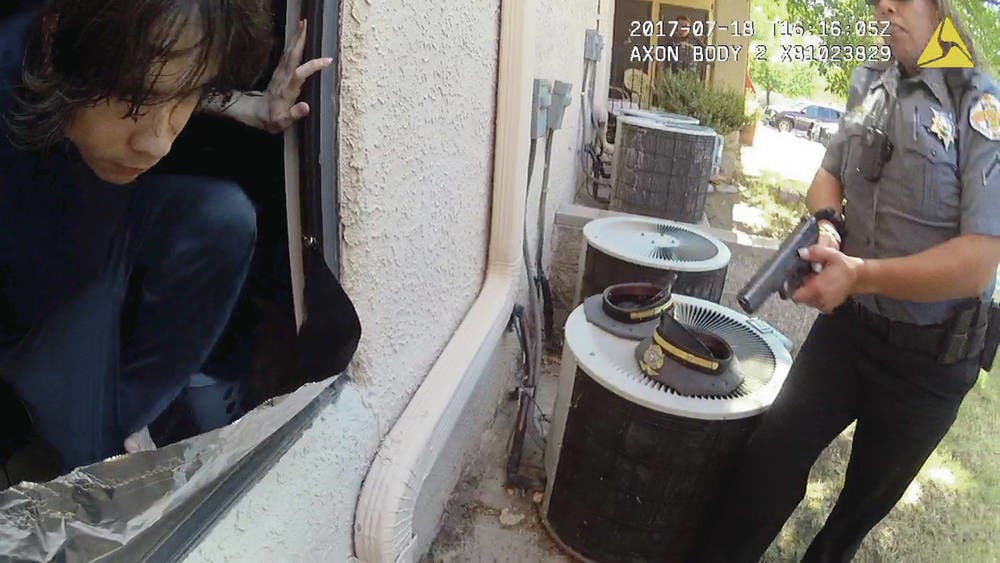 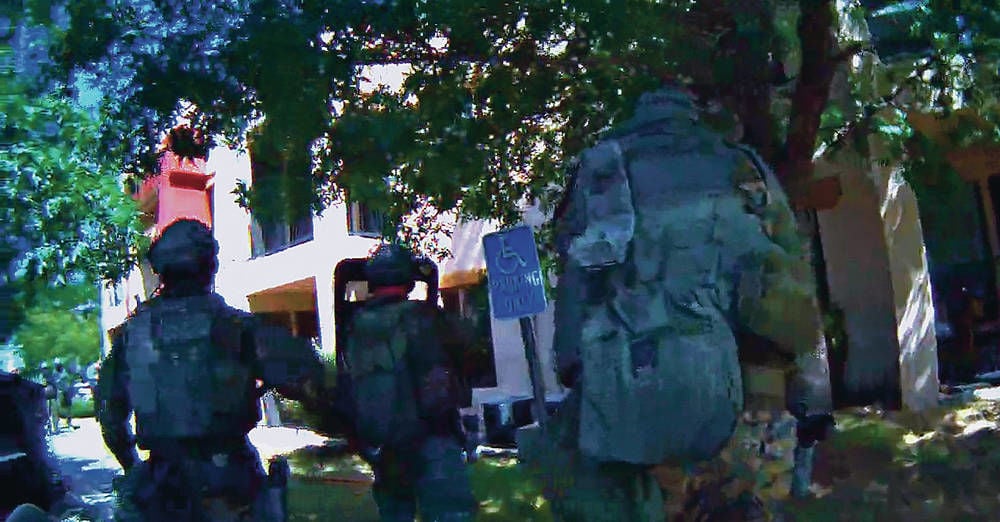 Body camera footage from the Santa Fe Police Department show officers with drawn weapons closing in on the apartment of Anthony Benavidez, who died moments later after police fired into the apartment. Image from video 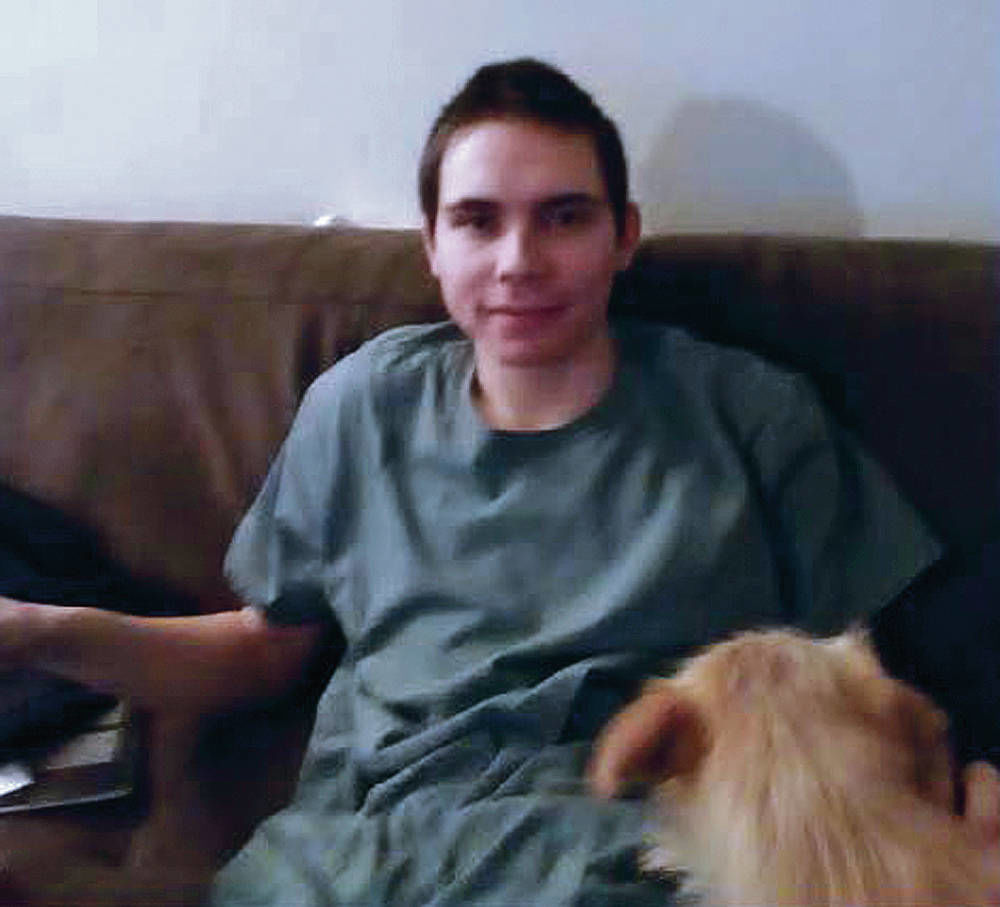 Body camera footage from the Santa Fe Police Department show officers with drawn weapons closing in on the apartment of Anthony Benavidez, who died moments later after police fired into the apartment. Image from video

Fourteen months ago, two Santa Fe police SWAT team officers fired 17 shots through the window of a midtown apartment, killing a man diagnosed with schizophrenia who had barricaded himself inside.

Four months later, First Judicial District Attorney Marco Serna said he would request a panel of prosecutors from other jurisdictions to review the shooting and determine if either of the officers should face charges in the death of 24-year-old Anthony Benavidez.

That panel still hasn’t decided whether to bring charges, frustrating the Benavidez family, which believes the shooting was not justified and contends the review has taken too long.

“They’re dissatisfied with the amount of time the review has taken,” said Laura Schauer Ives, an attorney representing the Benavidez family. “… These allegations require expeditious review and expeditious action, and the family hopes the officers involved are held accountable.”

District attorneys say the delay isn’t unusual, given the lack of funding for such reviews. In the meantime, Benavidez’s family has filed a civil lawsuit against the city of Santa Fe, accusing the police department of failing to provide officers with adequate training on how to handle a person with mental illness in a crisis situation.

The family also is suing Christus St. Vincent Regional Medical Center, where Santa Fe County sheriff’s deputies had taken Benavidez for a mental health evaluation the day before his death.

Police say Benavidez had been evicted from a unit at the Tuscany at St. Francis apartment complex in July 2017. Deputies enforcing the eviction determined he may have been experiencing a mental health crisis and took him to the hospital. According to reports, hospital workers later released Benavidez, and he returned to the apartment.

The next day, Benavidez inflicted a knife injury on a mental health caseworker who accompanied officers to the apartment to remove him, police say, and later threw items out of a window toward officers standing below.

Following an hourslong SWAT standoff, police video shows, officers broke a window to Benavidez’s apartment and yelled, “Hands up … police,” before Officers Jeramie Bisagna and Luke Wakefield began firing through the window. In police reports, some officers say Benavidez had moved toward officers with a knife.

Bisagna fired 16 shots with a handgun and Wakefield fired one round with a rifle. At least four of the rounds struck Benavidez at close range.

Greg Gurulé, spokesman for Santa Fe police, said Bisagna and Wakefield remain on the force. The department began an investigation into the shooting, Gurulé said, but — as with the district attorney’s review — the internal review is not complete.

New Mexico State Police had completed an investigation into the Benavidez shooting by November, when Serna told The New Mexican he was planning to send the case to a panel of district attorneys from around the state.

At the time, such a committee of prosecutors had just cleared a Santa Fe officer in another fatal shooting.

Serna, responsible for prosecuting cases in Santa Fe, Rio Arriba and Los Alamos counties, ran for the office promising to hand police shooting investigations over to an outside group of district attorneys, saying the process would provide greater transparency than a grand jury review or a decision by his own office whether to bring charges.

“In creating these independent panels, away from this district, there is that transparency,” Serna said in a recent interview. “But also there is no perception of any bad faith on the DA investigating and potentially prosecuting or not prosecuting an officer that their office deals with on a day-to-day basis.”

Two fatal cases were forwarded the New Mexico District Attorney’s Association for review, Serna said. The group asks three to five district attorneys and prosecutors in the state to volunteer to review an officer shooting case and decide whether any officers involved in an incident should be tried on criminal charges.

Rick Tedrow, a former president of the association and a district attorney in San Juan County, helped kick-start the prosecutor review panels about three years ago. The original intent, Tedrow said, was to get legislative funding for an independent body to conduct the reviews.

But the Legislature didn’t approve those funds, he said.

In the past few years, Tedrow said, the volunteer panel has reviewed only a handful of shootings. With so few examples, he said, it’s hard to estimate the typical length of time it takes for the panel to decide whether to bring criminal charges.

The time frame in the Benavidez shooting is not an anomaly, he said.

“A year is very reasonable in time,” Tedrow said.

“We want answers, just like everybody wants answers, right away,” he added. “But between the process and everything else we have to deal with, a year is probably pretty reasonable.”

It takes months for police agencies to hand over investigations into a police shooting, he said, then the district attorneys have to review the case while juggling their normal workload. The complexity of a case also can create delays, Tedrow said.

Asked whether Attorney General Hector Balderas, the state’s top prosecutor, has issued guidelines for district attorneys on how long it should take to review an officer shooting, spokesman David Carl said Balderas has not made recommendations but considers a swift review “paramount.”

Schauer Ives, who has represented other families in officer-involved shooting cases, said the Benavidez review is not the longest she’s seen, pointing to other cases that took four years for district attorneys to review.

Tedrow said if an independent investigative body is funded by the Legislature, they could review cases faster, maybe finishing a simple case in two months or so, and a complex case in six.

Getting these reviews done quickly is paramount, Schauer Ives said.

“These are people in a position of the greatest public trust,” Schauer Ives said. “To have a question of did they act criminally or not outstanding for a year — for four years, or whatever it is — is wholly unacceptable.”