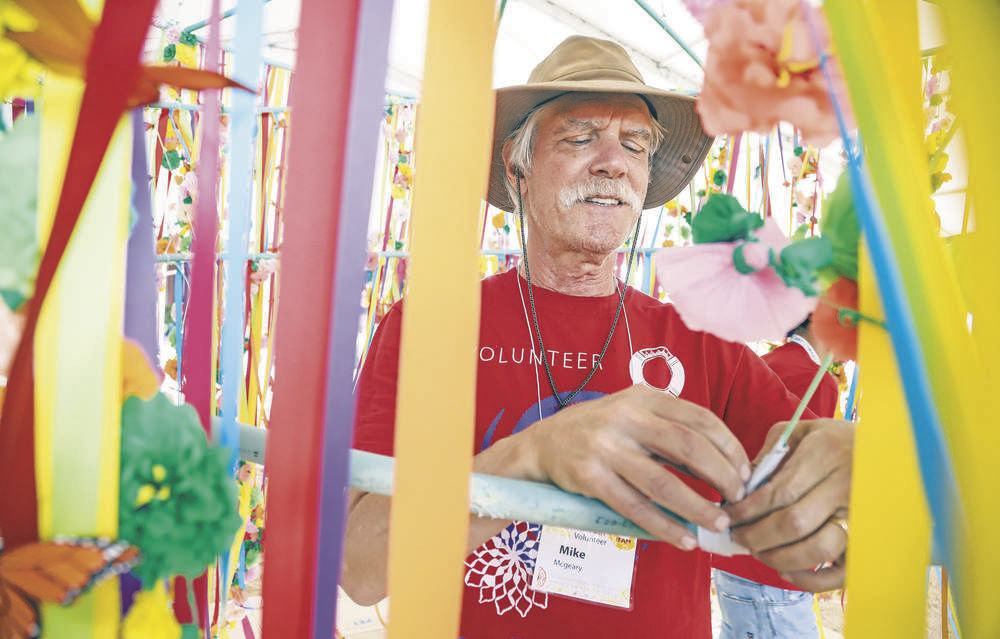 Mike Mcgeary, in his fifth year of volunteering, helps secure ribbons Thursday on an art piece that will hang in the center of the Innovation Tent for the 15th anniversary of the International Folk Art Market. Gabriela Campos/The New Mexican 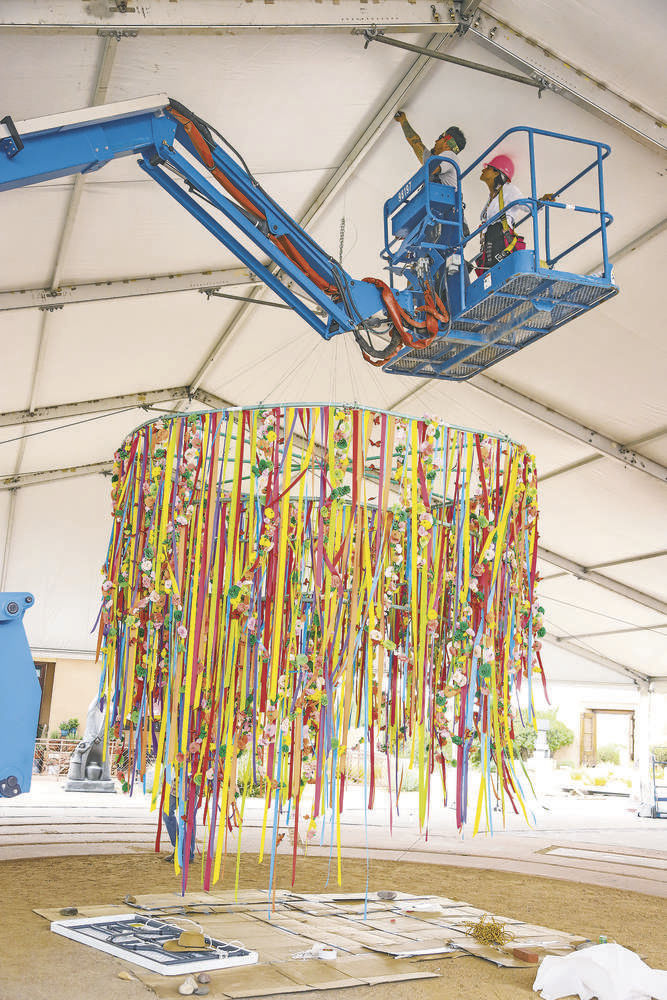 Andrea Soorikian, ambiance director, and her crew install an art piece Thursday resembling a chandelier made up of ribbons, flowers and butterflies in the center of the Innovation Tent for the 15th anniversary of the International Folk Art Museum. Gabriela Campos/The New Mexican 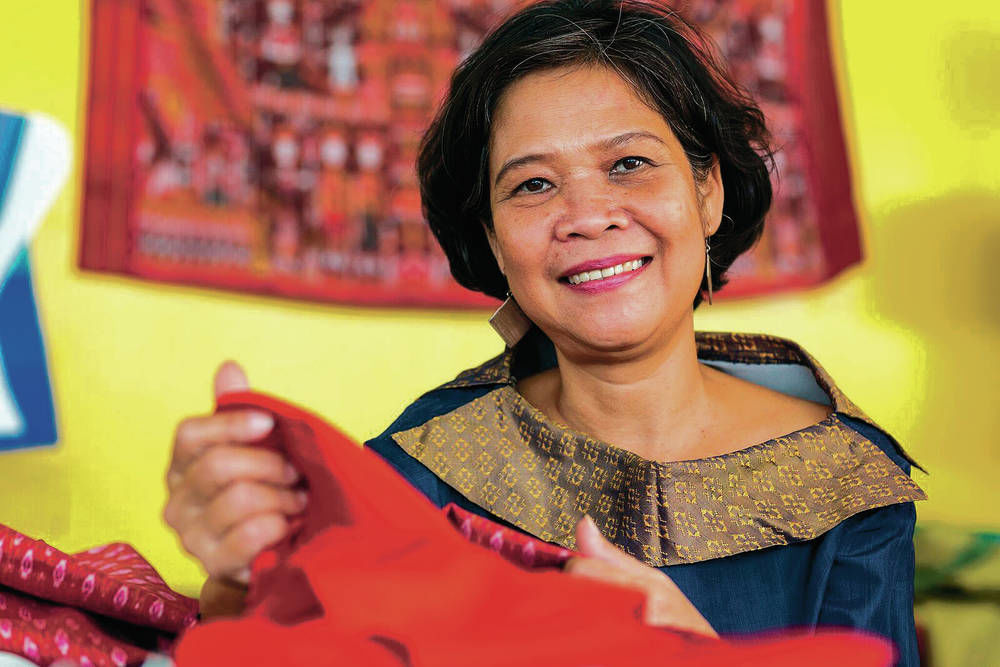 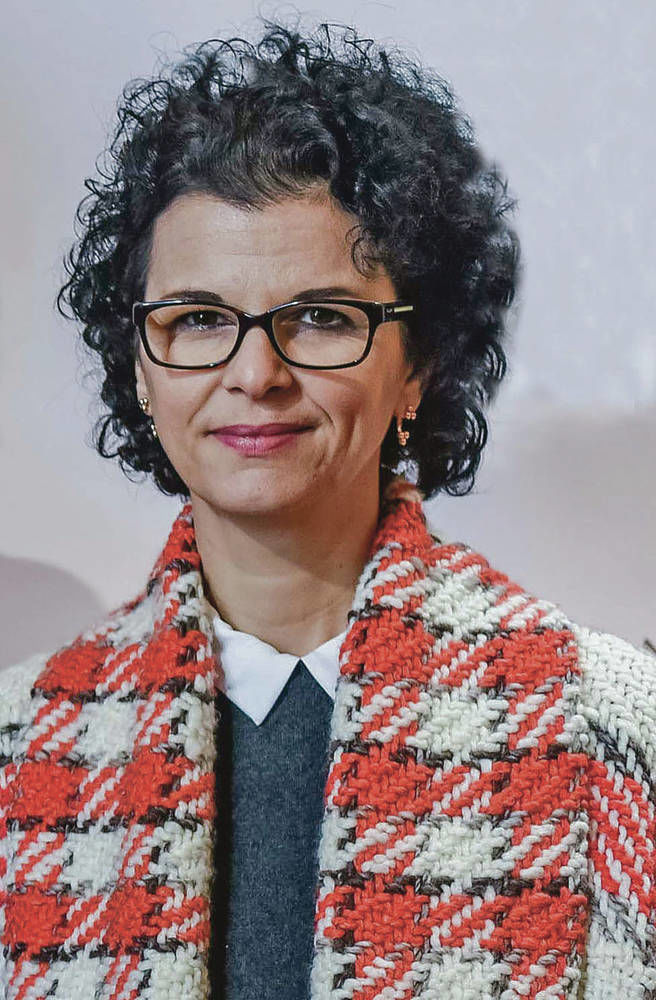 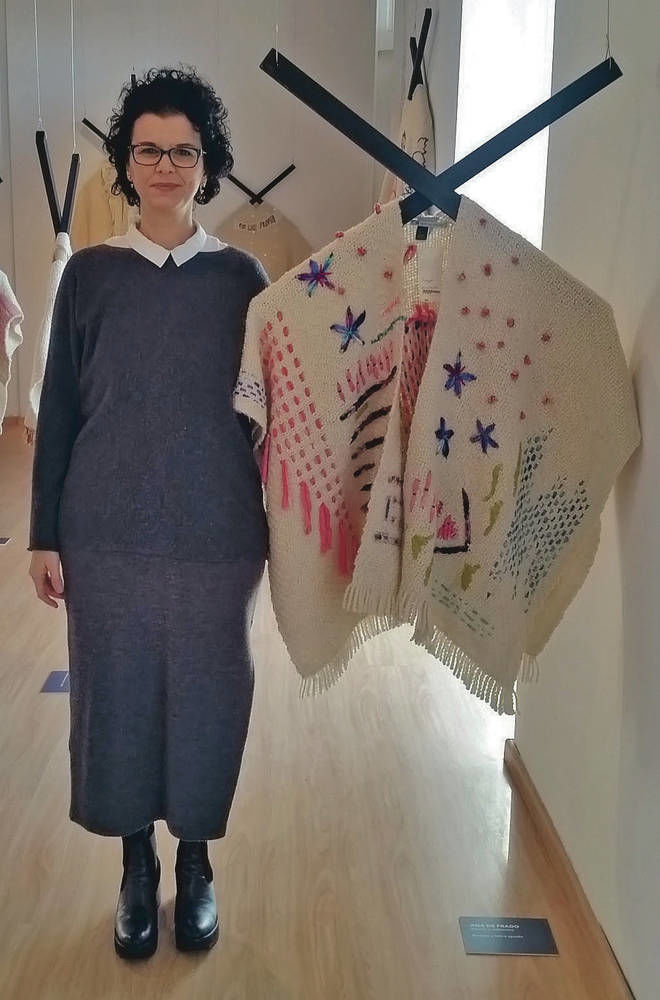 Mike Mcgeary, in his fifth year of volunteering, helps secure ribbons Thursday on an art piece that will hang in the center of the Innovation Tent for the 15th anniversary of the International Folk Art Market. Gabriela Campos/The New Mexican

Andrea Soorikian, ambiance director, and her crew install an art piece Thursday resembling a chandelier made up of ribbons, flowers and butterflies in the center of the Innovation Tent for the 15th anniversary of the International Folk Art Museum. Gabriela Campos/The New Mexican

Chantha Nguon says there’s a saying in Cambodia that reflects the lowly status of women there, particularly those living in the countryside: “Men are gold, women are skirts.”

“The woman doesn’t have any value,” Nguon said. “She’s like a piece of cloth.”

Her mother showed her that she didn’t have to lead such a life in her native country, Nguon said. The secret? Earning her own money. By doing so, she “earned respect from my husband,” Nguon said.

“If you earn an income, you are not a skirt,” she explained in a recent phone interview from Washington, D.C., where she was preparing to come to Santa Fe for the 15th annual International Folk Art Market, which opens Friday on Museum Hill. Nguon will be selling Cambodian silk scarves, purses and fabrics under the brand name Mekong Blue. The pieces were produced by women who participate in a social enterprise Nguon and her husband founded in an area of Cambodia damaged by U.S. bombs during the Vietnam War.

The Stung Treng Women’s Development Center, founded in 2001 through a small, private donation, trains and pays women to weave textiles.

The income has had a dramatic effect on women and families in the region, leading to a greater rate of educated children. Additionally, Nguon said, “Husbands don’t want to leave, and domestic violence just drops in those families.”

The 2018 Folk Art Market is focusing on fashion through a new initiative called Wear Your Impact, sponsored by designer Donna Karan and her Urban Zen Foundation. More than 20 booths will be stocked with wearable art, including beading, embroidery, jewelry, knitting and woven works, like those of Mekong Blue.

In its 15 years, the market has grown from 61 artists to 162 artists representing 53 countries. The event has also inspired a spinoff market in Arlington, Texas, and several pop-up shops.

Market organizers estimate the event has affected more than a million lives worldwide — through both a mentorship program that helps artists develop business skills and an infusion of cash from market sales that artists bring back to their communities.

In Timor Leste, off the coast of Australia, “there’s food on the table and a little extra in storage because buyers saw beauty and skill in the handiwork and honored the price,” said Jeff Snell, CEO of the International Folk Art Alliance, which presents the market.

“In South Sudan,” he said, “school books are in a girl’s hands for the first time in a village — breaking cycles of gender inequality — because the women’s artist cooperative championed education as key to sustaining their craft.

“In Bukhara, Uzbekistan, materials and techniques known to an elder metalsmith are now passed forward because the next generation sees the value and dignity of the work, and they want to be engaged.”

Marketgoers also have reported positive effects, including a change in their outlook on life, Snell said. “Human dignity is affirmed, and cultural expression is celebrated and valued.”

The alliance’s focus for the next 15 years, Snell said, will be to expand opportunities for artists worldwide to sell their works and draw income to transform their communities.

“Just like the first 15 years,” he said, “the future will rest squarely on the quality of the art we bring into focus and the value of artist education, mentoring and resources that equip them as successful culture-bearers and entrepreneurs.”

Snell said he believes the alliance has just “scratched the surface” of its potential to be an “artisan-enterprise accelerator.”

Stories of how the International Folk Art Market has enabled artists to sustain their crafts and help their families and communities seem to resonate with shoppers.

Nguon, for instance, began her enterprise as a registered hospice, caring for former soldiers, police officers and sex workers infected with HIV. She soon set a goal of improving living standards through employment opportunities, particularly for women, in areas where a high percentage of the population lives on less than $1 a day.

In her part of Cambodia, Nguon said, “It’s a tough place to be human, to be female.” If girls go to school at all, she said, they are expected to quit young, marry early and have a lot of children. They remain dependent on their husbands.

The Stung Treng Women’s Development Center provides six months of training for women in weaving and pays them $25 to $30 a month.

Earnings from the enterprise also go to support a wide range of free services for the women: two kindergartens, a child care program, lunches, a health clinic and literacy training. The center pays for school books, supplies, uniforms, classes and even bicycles so children — including girls — can attend school.

In recent years, however, the enterprise has fallen on hard times. Due to declining sales, in part because the center didn’t make it into the 2017 Folk Art Market, there are now only 12 weavers, compared to 110 in 2010, and about a half-dozen looms operating.

Nguon’s immediate goal is for Mekong Blue to survive and continue providing jobs.

Her long-term goal is to see girls go on to colleges and universities — like her daughter did, recently graduating from an institution in the United States. “That’s still a dream,” she said. “I need to make it come true.”

Manos del Uruguay, a half-century-old artisan-owned weaving cooperative that will also have a booth at the Folk Art Market, has a similar story of women finding independence through traditional art. The co-op sells some $5 million worth of wool products annually, including yarn, in Uruguay and around the world. It also supplies top fashion brands like Ralph Lauren.

In the beginning, the weavers were called “witches of the wool” in their communities. But they have since earned respect. The artisans are not only the owners of Manos but also serve as directors of the organization on a rotating basis.

“You can see most of them are very proud of the things they can learn,” said Ana Maria de Prado Pieroni, who designs the woolen wear.

Demand for the handmade work is growing, she said. “People don’t want more plastic. They want to maintain [their culture] and its products.”

Tickets for the International Folk Art Market, Thursday through Sunday, July 12-15, are on sale at www.folkartmarket.org. People seeking one of three Donna Karan styling opportunities also should buy their tickets online.

• 1.1 million lives impacted around the world