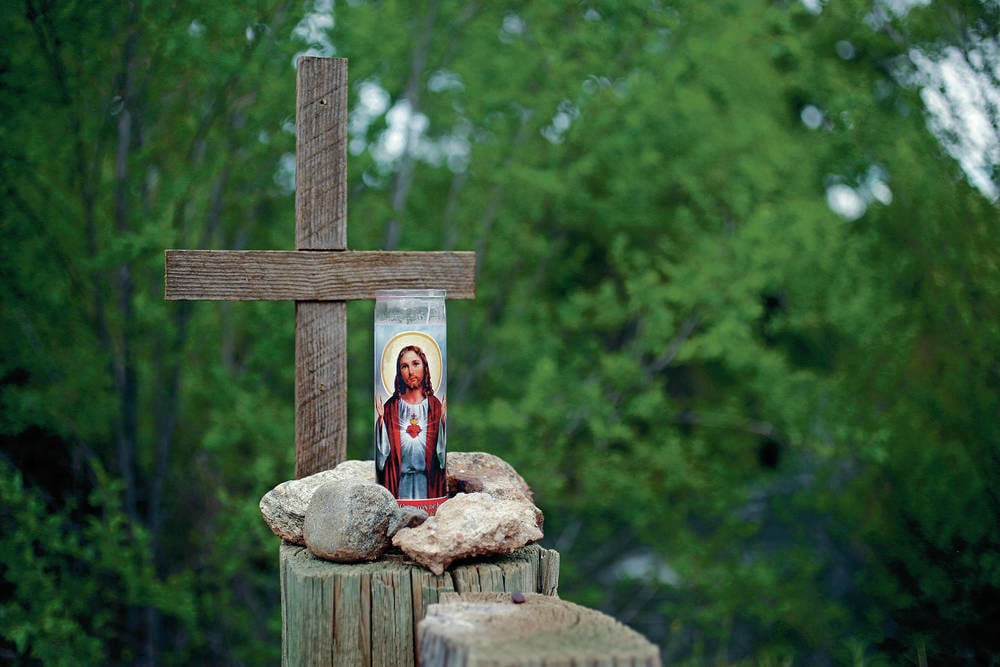 A descanso for Brian Encinias is shown in May at the spot where he jumped in the Pecos River while fleeing from police. Luis Sánchez Saturno/New Mexican file photo 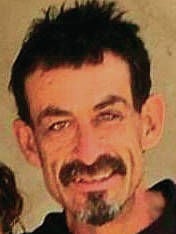 A descanso for Brian Encinias is shown in May at the spot where he jumped in the Pecos River while fleeing from police. Luis Sánchez Saturno/New Mexican file photo

The Pecos River was only up to her ankles, Sylvia Encinias Mendoza said, so she felt comfortable walking through the shallow water to search for her missing brother’s body.

Brian Encinias had been missing since he jumped into a colder and faster version of the river in May to avoid New Mexico State Police officers he thought were pursuing him because of warrants out for his arrest on misdemeanor charges.

Just after 11:30 a.m. Monday, Encinias Mendoza said, she spotted shoes under some riverbed debris that she believes are her brother’s. Then she discovered a body.

“I panicked when I found him,” she said Monday.

“It was very hard, but it brings closure. Our family is relieved,” she added. “Now we’re just hoping for more answers from state police as to what went on.”

A state police spokesman confirmed Monday evening that officers, a crime scene team and a dive team were recovering a body found in the Pecos River but said he could not confirm the person’s identity until the body is examined by a state medical investigator.

“State Police is committed to learning the facts of this incident and help bring closure to the family,” Officer Ray Wilson said in an email. “As the investigation continues we will be able to provide more information.”

Since the May 9 incident, Encinias Mendoza said, three of her siblings and waves of other family and community members have been searching for her brother. In the first week after he went missing, the search party had been traveling up and down the river from the site where he disappeared into the water — near where N.M. 223 crosses the Pecos River — all the way to Rowe, which is 8 miles by car.

Sylvia Encinias Mendoza said she never expected to find her brother alive. He didn’t know how to swim.

In January, San Miguel County Magistrate Court issued arrest warrants for Encinias alleging misdemeanor counts of evading an officer and driving with a revoked license, as well as petty misdemeanors counts of driving without a seat belt, no proof of insurance and failure to register a vehicle.

Those charges all stem from a Jan. 19 incident in which Encinias, who family members said had struggled with a drug problem, was pulled over in Pecos before fleeing two officers on foot, according to affidavits for the warrants.

State police issued a statement after Encinias’ disappearance, saying officers had confronted him near the river because he matched the description of a suspect in a nearby larceny case. Encinias fled on foot, the statement said, and during the chase, officers learned there was a warrant out for his arrest. Then he jumped into the water and disappeared.

Encinias Mendoza said she found her brother’s body about a mile from where he had jumped into the river. While state police are still waiting to identify the body, she said she was certain it is Encinias.

“They will not let us identify him, but I found him, and it is my brother,” she said.