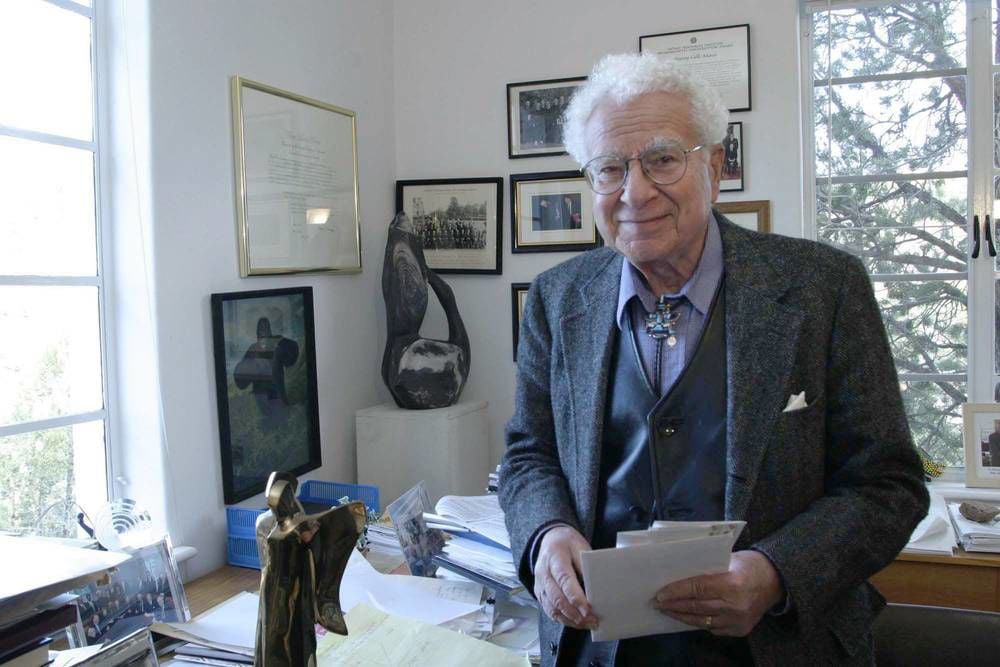 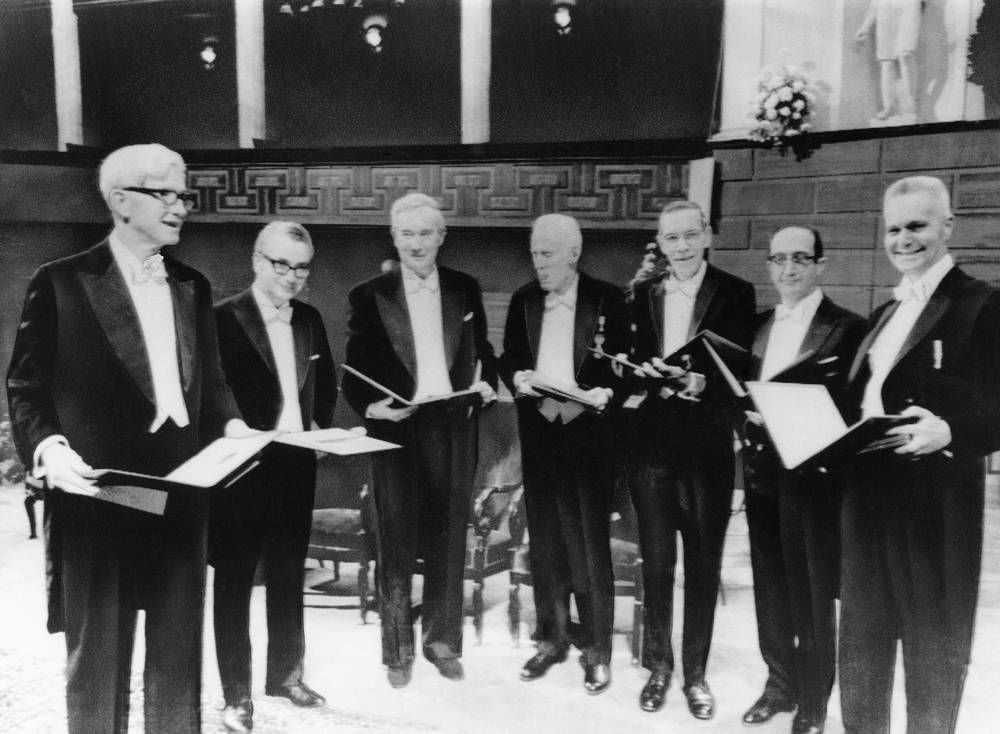 Renowned physicist and Nobel laureate Murray Gell-Mann may have become famous for gazing into the tiniest building blocks of the universe, but in the end it was his fascination with larger scale complex systems that completed his vision of the world.

Gell-Mann died Friday morning at his Santa Fe home at the age of 89.

A son of Jewish immigrants, Gell-Mann veered from an early love of archaeology to study physics at Yale University and the Massachusetts Institute of Technology.

He received the Nobel Prize in 1969 for his work on the theory of elementary particles. He developed a system for codifying those particles in a table called SU(3), and coined the term “quark,” a reference to James Joyce’s Finnegans Wake. And in 1994, he authored The Quark and the Jaguar, a book about the relationships between the laws of physics and complex systems such as human cultures and economies.

Jenna Marshall, a spokeswoman for the Santa Fe Institute, which Gell-Mann co-founded in 1984, said Gell-Mann’s assistant confirmed he died peacefully in his east-side home.

The institute, a nonprofit research and education center exploring the science of complex systems, has a multidisciplinary mission including the study of environmental, political and economic sustainability.

Its president, David Krakauer, said the Santa Fe Institute represents the crowning achievement of Gell-Mann, a polymath whose mind soared beyond quantum particles and unseen forces, and who embraced literature, nature, history, linguistics, ornithology and the complexities of human systems.

“It’s a great loss,” Krakauer told The New Mexican. “I think the institute is kind of a manifestation of his imagination.”

Krakauer said he would often find himself at lunch with Gell-Mann discussing the short stories of Argentine writer Jorge Luis Borges, Mary Shelley’s Frankenstein or one of Gell-Mann’s favorite literary figures, Sherlock Holmes.

Geoffrey West, a theoretical physicist and former Santa Fe Institute president who first met Gell-Mann about 50 years ago and worked with him at Los Alamos National Laboratory, described Gell-Mann as a charismatic and complicated man who “dominated the fundamental physics” from the late 1950s to the early 1980s as much as he dominated a room.

“Many of us younger people were hanging on every word if he gave a talk,” West said. While Gell-Mann wouldn’t tolerate “sloppy thinking,” he was accommodating of those willing to learn, whether a student or another Nobel Prize winner.

“If you had good ideas, he was very open,” West said. “He was an amazing guy. He could drive you nuts, but he was remarkable.”

Decades from now, West said, Gell-Mann “will be considered one of the great scientists of the 20th century,” not only for his contributions to physics but perhaps also “for setting the groundwork for the science of complexity,” he said.

As word of his death spread Friday, tributes poured in from scientists and admirers around the globe.

“One of the world’s great physicists, his contributions included the quark model, SU(3) symmetry, strangeness, the renormalization group, and the theory of neutrino masses,” wrote Sean Carroll, a physicist at the California Institute of Technology, also on Twitter.

“A brilliant person, a true genius in my opinion,” James Hartle, a physicist at the University of California, Santa Barbara, told The New Mexican. Hartle was a former student of Gell-Mann who had worked with him on quantum mechanics since the 1980s.

Krakauer recalled that Gell-Mann once was invited to visit the Niels Bohr Institute in Copenhagen, so he decided to teach himself Danish — not with a reference guide but by reading the novel Out of Africa by the Danish author who wrote under the pen name Isak Dinesen.

At a lunch with Krakauer about 40 years later, Gell-Mann recited the first two pages of the novel in Danish from memory, he said.

All the while, Gell-Mann was working on theories of complexity, linguistic reconstruction and more. He also served as an adviser to government agencies and nonprofits.

“What made him exceptional is that he combined breadth with depth,” Krakauer said. “I think Murray felt also that the world needed this, that we were dealing with political and economic uncertainties that required a new kind of science.”

Gell-Mann had acquired a reputation as a somewhat prickly personality, but Krakauer called the back-and-forth with him “playful combat.”

“It was like a chess game,” he said, adding that Gell-Mann was also “extremely funny, extremely cheeky and very intolerant of pomposity.”

In recent years, Gell-Mann’s health had been declining, but he still authored technical papers on “nonequilibrium statistical mechanics” and “the wave function of the universe,” Krakauer said.

His longtime caretaker told Santa Fe police that Gell-Mann had been hospitalized last month for medical issues that were not specified in a police report. At about 5:40 a.m. Friday, hours after she had last checked on him, Gell-Mann’s caretaker found him dead.