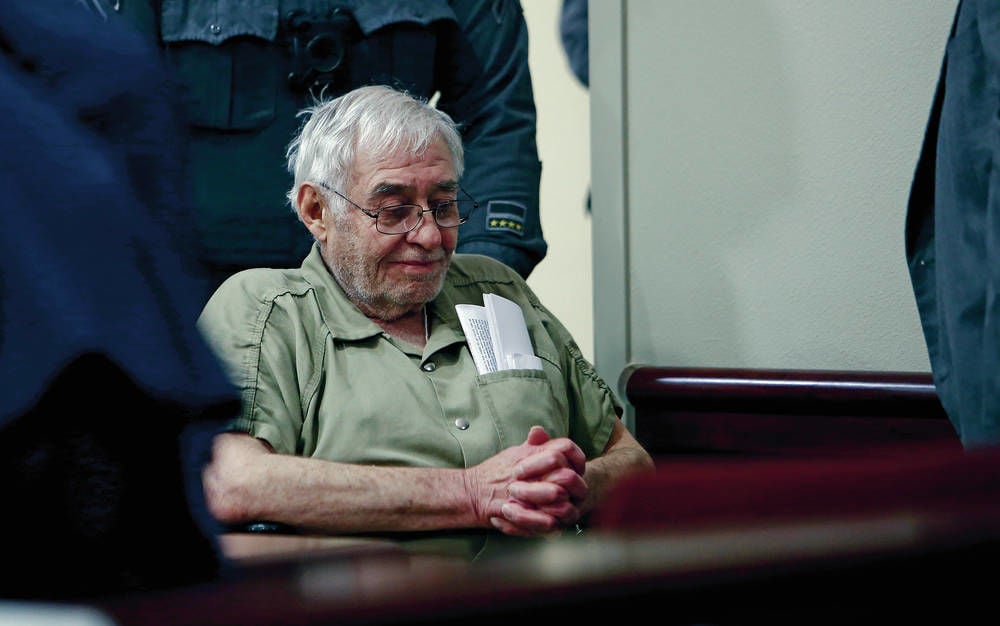 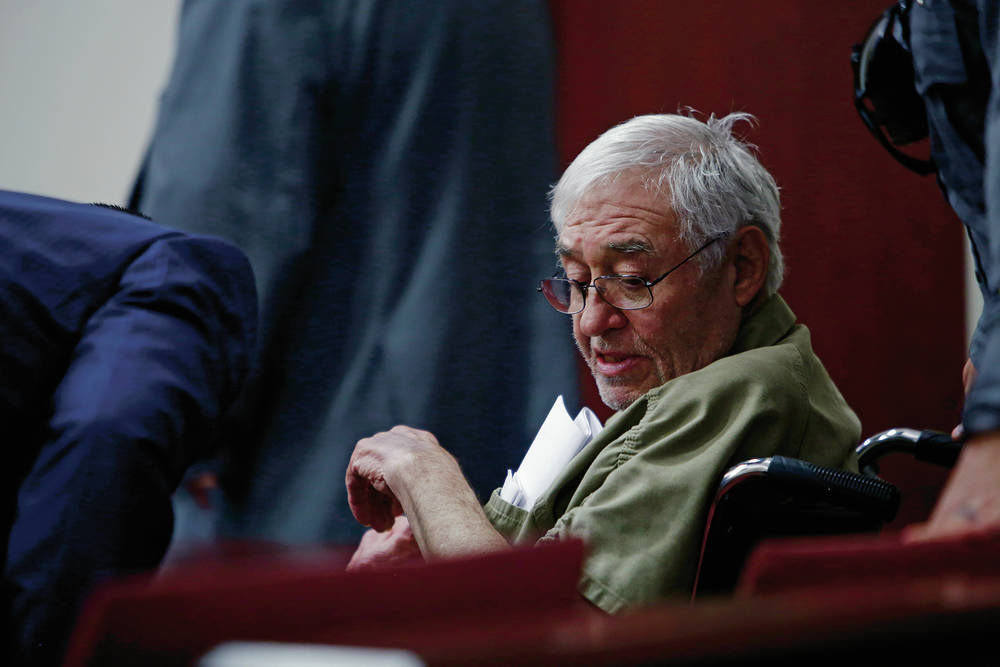 Marvin Archuleta, a former priest accused of raping and restraining a first-grader in the late 1980s, will be allowed to return home on house arrest with GPS monitoring while awaiting trial, state District Judge Matthew Wilson said Friday afternoon.

Archuleta, 81, was issued a grand jury indictment Thursday on charges of first-degree criminal sexual penetration of a child under 13 and kidnapping resulting in great bodily harm. The New Mexico Attorney General’s Office filed a motion earlier this week asking that Archuleta be held in custody without bond until his case is resolved. Archuleta is a flight risk and poses a threat to the community, prosecutors said.

Wilson said that while murder is perhaps the only charge more serious than violently harming a child, the state had failed to show evidence Archuleta should not be allowed to return home under strict conditions.

The judge also said there was little evidence the former priest had ever fled the state to avoid criminal or civil charges. An original complaint against Archuleta indicated he had fled to Mexico after allegations of abuse surfaced in the early ’90s.

Throughout Friday’s hearing, Archuleta, seated in a state-issued wheelchair, twisted and clasped his age-spotted hands, sporadically gnawing at his fingers.

The Attorney General’s Office put two witnesses on the stand who provided new information about Archuleta’s history of alleged abuse of boys and said an additional accuser had come forward Friday morning.

Special Agent Jacob Trujillo with the Attorney General’s Office, who is involved in investigating the case and had interviewed Archuleta and the accuser, detailed the allegation in the current case.

The accuser, a man now in his late 30s, recalled being introduced to Archuleta and soon after was removed from his first-grade classroom at Holy Cross Church School in Santa Cruz, along with two other boys, Trujillo said.

The boys were taken to a room where Archuleta and another priest had laid out cookies and juice, Trujillo said. The man, who was 6 at the time, recalled Archuleta instructing him to kneel and tying a belt around him. Thirty years later, Trujillo said, the man still remembers the priest’s cuff links against his body.

Archuleta then poured water down the boy’s back, Trujillo told the judge, “to help with the pain” before raping the child.

“Our victim said he was crying in pain, screaming, hurting,” Trujillo said. “He even used the word ‘wailing.’ ”

Archuleta denied being involved in the assault, telling Trujillo in an interview in November that he did not know the accuser and did not work in the area at the time of the incident.

“He is very smart, very understanding of what was going on, didn’t want to divulge a whole lot of information to me at the time,” Trujillo said of his conversation with Archuleta, “but again, he was very manipulative, a very good talker.”

Santa Fe attorney Merit Bennett testified on the church’s pattern of suppressing allegations of abuse and transferring priests accused of harming children, including Archuleta, to other parishes. Bennett brought the first lawsuit against Archuleta in 1994. It alleged Archuleta had driven a 14-year-old boy to Washington, D.C., in 1971, molesting the boy in motel rooms over a two-week period.

Archuleta remebered the boy being a few years older and said the claim was exagerated but they were “very, very good friends.”

Bennett said he has handled about five cases against Archuleta, and recalled that most involved children under age 10 who said they had been anally raped by the priest. Those cases were settled by the Catholic Church, the attorney said.

According to testimony Friday, Archuleta had spent roughly nine months at a Servants of the Paraclete facility in St. Louis. Such facilities were established by the Catholic organization as rehabilitation centers for priests with alcohol, drug and sex addiction, and those accused of abusing children.

A similar facility in Jemez Springs was known notorious for treating sexually abusive priests from other states and releasing them back into New Mexico parishes, where they continued to abuse children.

Archuleta’s whereabouts over the past several decades are murky and frequently debated by attorneys Friday, including exactly when he was at the Servants of the Paraclete site. After he was ordained by the Archdiocese of Santa Fe in 1970, he served at Holy Cross Church in Santa Cruz, and also worked in churches in Colorado, Maryland and Albuquerque before returning to Chimayó in the late 1980s.

Archuleta moved back to Albuquerque four or five years ago and lived in California for about 13 years prior.

Ryan Villa, an Albuquerque attorney representing Archuleta, said if the priest had been a threat in the past, he no longer holds a position in the church and is in poor health. At the time of his arrest last week, Archuleta was relying on a walker following a recent hernia surgery. Villa said the former priest has a number of other medical issues and is taking at least six medications.

“If there was an ongoing danger, surely there could be some other information that the government could present to this court that post-1994, after this lawsuit was filed,” Villa said. The potential danger “happens in the context of while he was a priest, allegedly using his power. Those things don’t exist anymore.”

Villa told the judge Archuleta was ultimately liaised, or lost his clergy status, though the attorney could not say when that occurred. Villa also said “there is certainly a high probability for a case of mistaken identity.”

But prosecutors said there were no other men by the name of Marvin Archuleta employed by the Church at the time, and that the man in the courtroom Friday was on the Archdiocese of Santa Fe’s list of clergy who had been credibly accused of sexual assault for an incident involving a different victim.

The man who brought the new allegation that surfaced Friday said Archuleta had groped him when he was an altar boy in the early 1990s at Holy Cross Church School, which he attended for third and fourth grade.

Judge Wilson said Archuleta will be prevented from attending church and from coming in contact with children, accusers or anyone involved in the case.

Archuleta also is forbidden from being within 100 yards of any school or place where children congregate, with the exception of his home in Bernalillo, which is near Albuquerque High School.

He is only allowed to leave his home for medical appointments or to meet with his attorney, Wilson said, and will have to turn in his passport.

Archuleta took notes on a yellow legal pad. He struggled to stand up from the wheelchair as the judge left the courtroom.