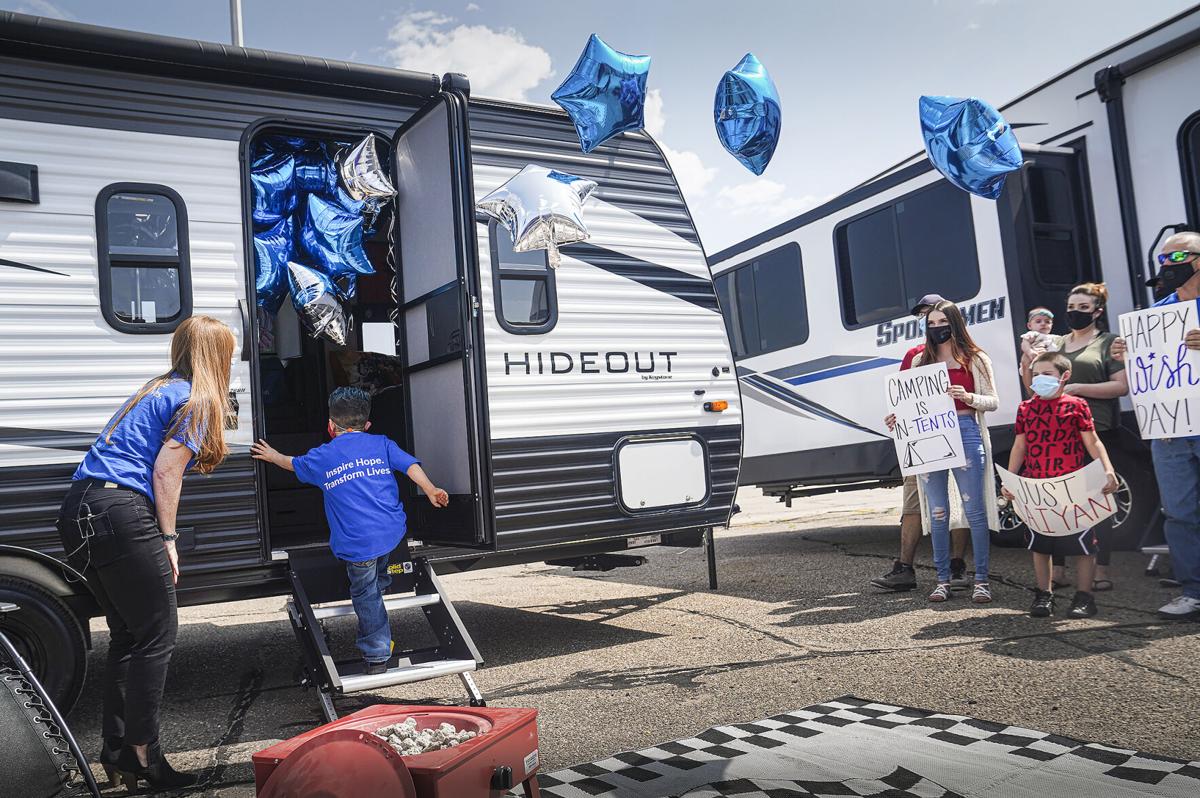 Marcos Vigil opens the door to his new 18-foot Keystone Hideout camper after being surprised by his family and members of Make-A-Wish New Mexico in Albuquerque. Marcos was born with gastroschisis and will use the camper to explore the great outdoors and keep him safe on the road as he travels to Nevada for medical attention. 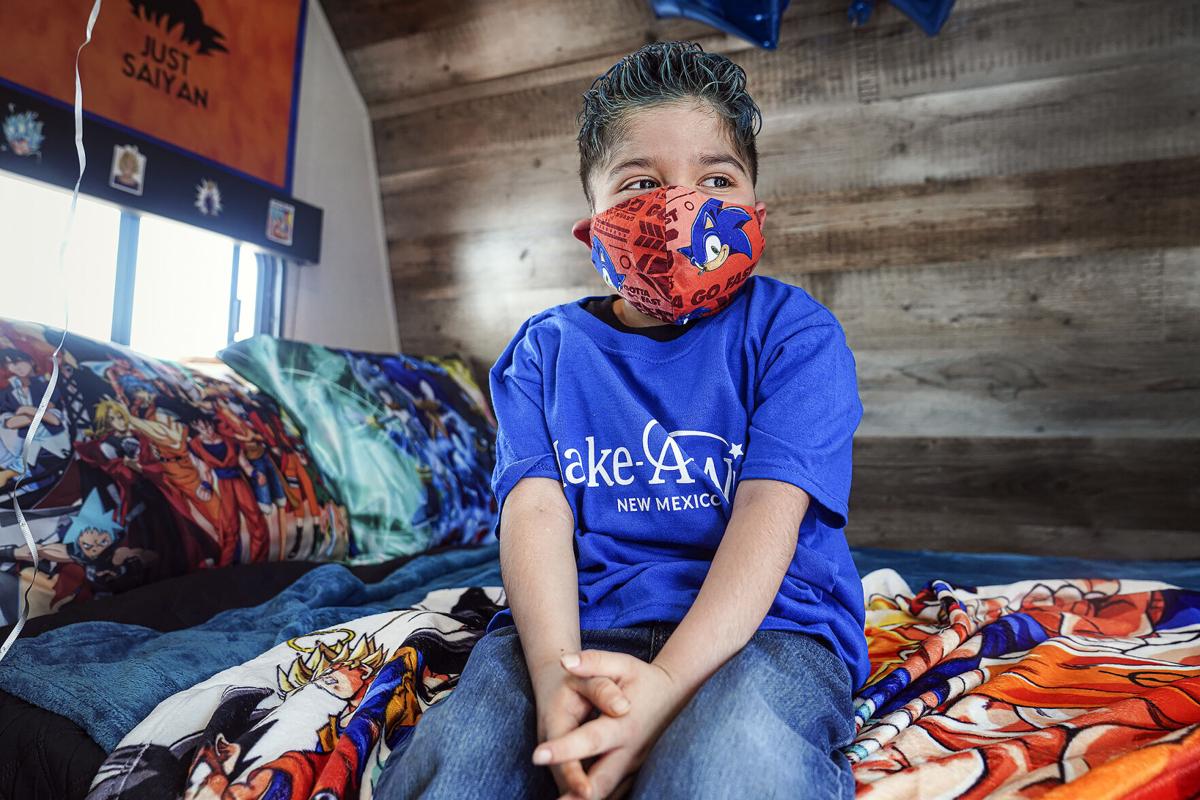 Marcos Vigil, a nearly 9-year-old from Española, sits on his new Dragon Ball Z-themed bed in the camper he received Wednesday from Make-A-Wish New Mexico. 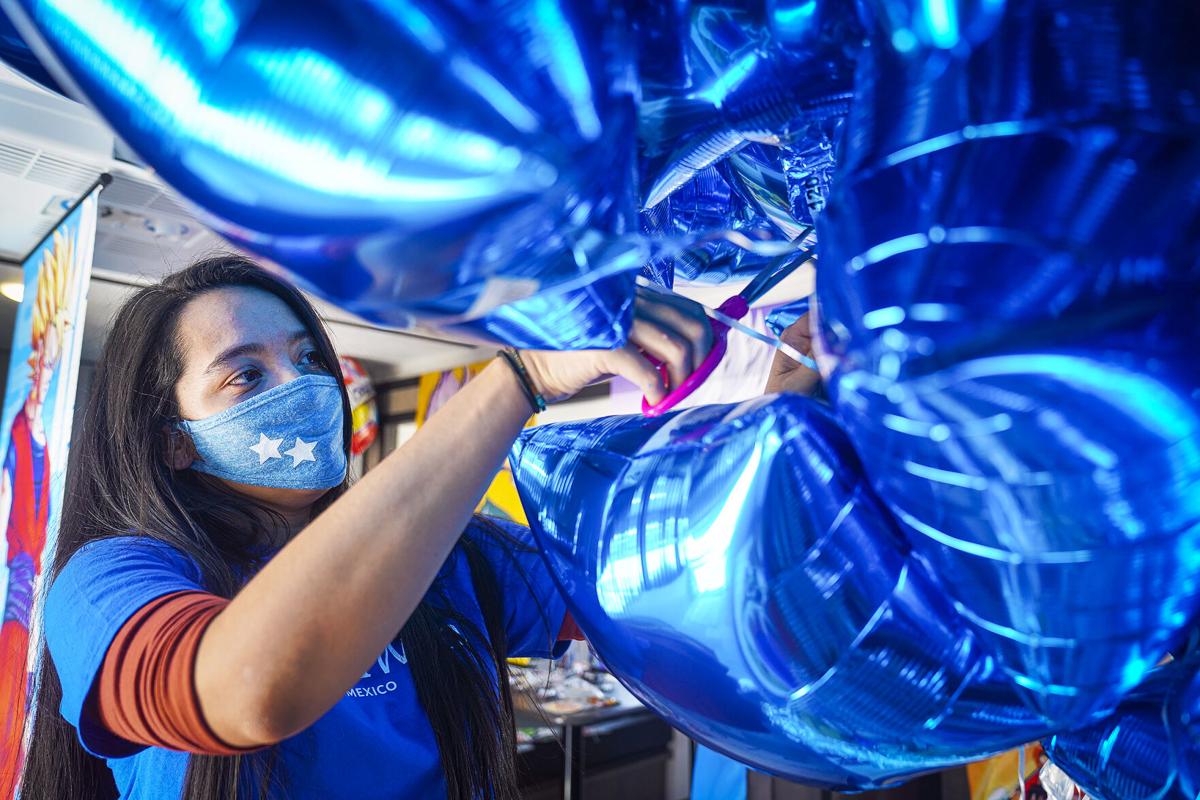 Danielle Rodriguez, program and outreach manager for Make-A-Wish New Mexico, sets up balloons Wednesday to surprise Marcos Vigil for his wish of receiving a new camper. 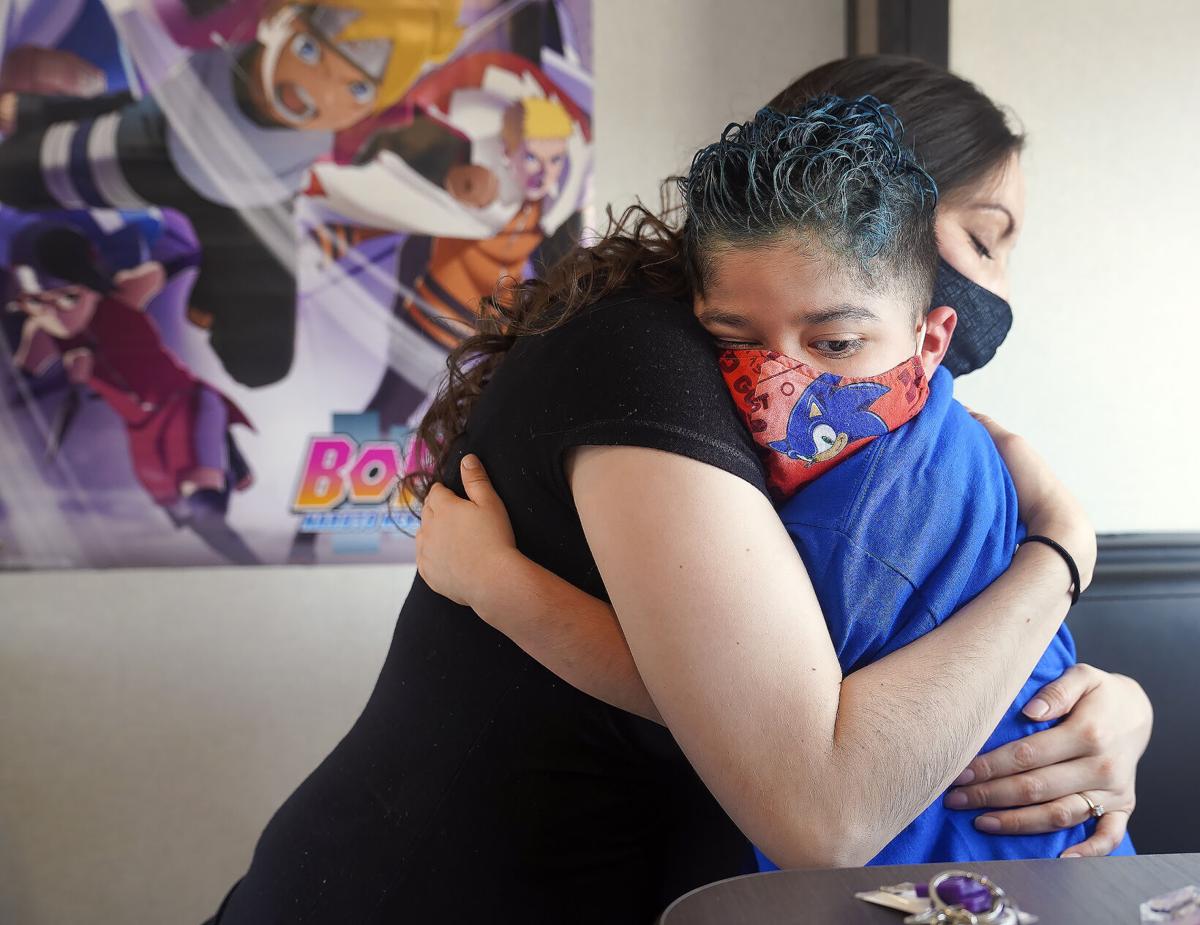 Marcos Vigil opens the door to his new 18-foot Keystone Hideout camper after being surprised by his family and members of Make-A-Wish New Mexico in Albuquerque. Marcos was born with gastroschisis and will use the camper to explore the great outdoors and keep him safe on the road as he travels to Nevada for medical attention.

Marcos Vigil, a nearly 9-year-old from Española, sits on his new Dragon Ball Z-themed bed in the camper he received Wednesday from Make-A-Wish New Mexico.

Danielle Rodriguez, program and outreach manager for Make-A-Wish New Mexico, sets up balloons Wednesday to surprise Marcos Vigil for his wish of receiving a new camper.

ALBUQUERQUE — Marcos Vigil didn’t care that a bunch of adults tricked him.

All he knew was that he is now the proud owner of a brand-new camper — an 18-foot Keystone Hideout.

The nearly 9-year-old Española boy, who was born with gastroschisis, said he plans to use the recreational vehicle for camping, playing, sleeping, doing homework — and living.

All because he expressed his desire to Make-A-Wish New Mexico for a camper to take him into the great outdoors and keep him safe on the road as he travels to Nebraska for medical attention.

“He’s been waiting for so long for this,” said his mother, Vanessa Tapia, who with some 15 family members surprised her son with the camper Wednesday at the Chisolm Trail RV dealership in Albuquerque.

“He’s always wanting to go camping but he hates being outside, so the camper is perfect,” she said.

Mom, Dad, family members and friends had to keep the secret from Marcos for a couple of months. To get him to the RV dealership Wednesday, they told him he was going to record some promotional videos for Make-A-Wish New Mexico, which finds funding and resources to grant wishes to children with critical illnesses.

She and others involved in the surprise had him run through a couple of rehearsals on the steps of the camper before Sara Lister, president and CEO of Make-A-Wish New Mexico, asked him if a few of his friends could help out.

When Marcos said yes, she gave the signal and the boy’s family members and friends — all in hiding in nearby campers on the lot — popped out to surprise him with balloons, cupcakes and other birthday accoutrements. His birthday is Sunday.

“Hey,” Marcos said upon seeing them surround him. When Lister told him the camper was his, too, he giggled, squirmed about for a moment like little boys do and then invited everyone in to see it.

Marcos, who walks with a determined gait and sports blue hair, was immediately drawn to the bed with a Dragon Ball Z blanket — based on an animated Japanese series — on it. The camper also has a bathroom, refrigerator, sink and dining booth with seats. There’s also a two-burner stove.

“This gives a child hope,” Lister said of the Make-A-Wish program. “They can see outside of their illnesses and doctors’ appointments and COVID restrictions. These wishes let them escape and be a kid again and believe in something that did not seem possible.”

Vanessa Tapia said Marcos is kind and confident and has overcome one challenge after another. He’s already had a liver transplant and, at the age of 2, nearly died because he got a common cold. He’s more susceptible to COVID-19 than some, she said, so the camper will allow the family some semblance of safety when they drive him to Nevada next month for an appointment with his medical transplant team.

“He’s like this little old man,” she said of her son. “He’s super, super mature for his age, and he does not tolerate anything but kindness. If you are doing something wrong, you will get his finger wagged at you.”

Marcos’ grandmother, Mary Tapia, fought back tears as she watched the boy happily explore the camper. The gift will give him hope that life will be good and that people care, she said.

She called her grandson “a spitfire.” His other grandmother, Yvonne Herrera, said he may be the smallest one on the field when he plays flag football, but he’s still “the toughest.”

Marcos’ older cousin Jolen Montoya, 15, said the experience of getting a surprise gift “is exciting. That doesn’t happen for a lot of people.”

Lister said the New Mexico branch of Make-A-Wish — there are 59 across the nation — generally grants more than 100 wishes per year with the help of donors and sponsors. But COVID-19 restrictions have brought that number down to 49 to date this calendar year.

She said the Trusted Choice insurance company provided funding for the camper for Marcos. The Chisholm Trail RV folks helped facilitate the purchase and delivery of the camper from another state to Albuquerque.

Vanessa Tapia said the camper likely will become her son’s “own personal hideout at home.”

Among her son’s initial wishes were to go to Disney World and to meet Ellen DeGeneres — wishes that were tough to pull off in the COVID-19 world, she said.

She said he wants to be a chef when he grows up.

“He’s been through more challenges than any kid I know,” she said. “And he manages to smile every day.”

He was smiling Wednesday, right through his face mask. But when he saw his mom crying in the camper, he said, “You’re sad.”

Marcos’ eyes lit up. And under the mask, his smile got bigger.

Correction: The original version of this story named the boy as Marcos Tapia. His name is Marcos Vigil.

Chicken soup: A bowl from the heart

The senator who beat the unbeatable foe