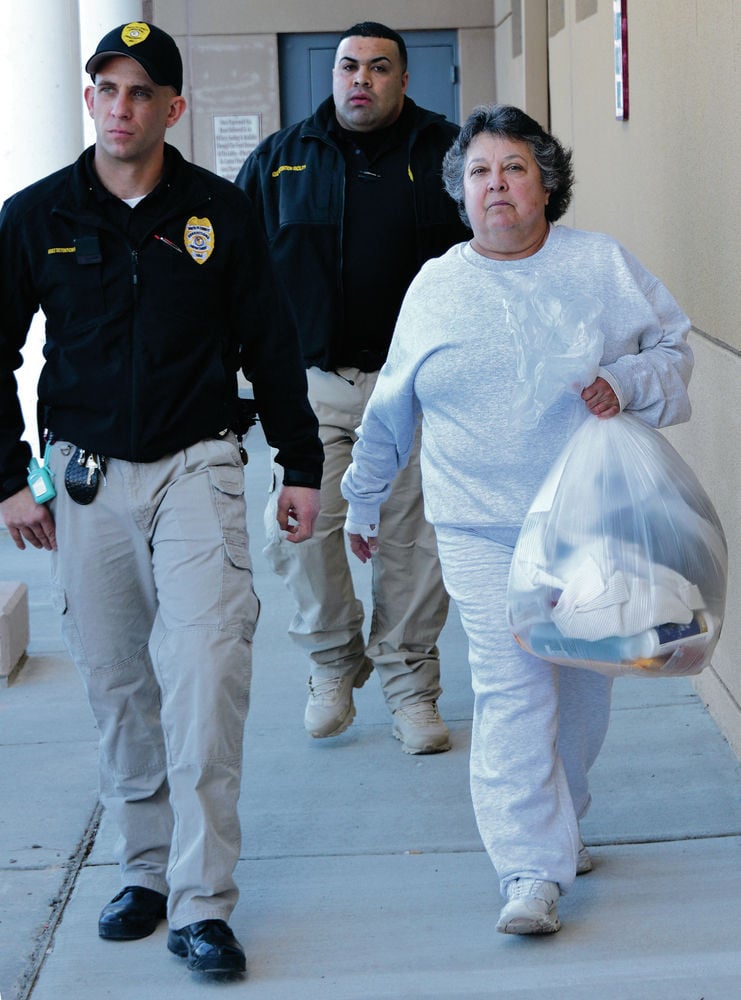 Former Secretary of State Dianna Duran is escorted from the Santa Fe County jail at 9 a.m. on Jan. 17. She served 30 days after pleading guilty to charges of stealing campaign donations to feed a gambling habit and doctoring documents to cover up the embezzlement. Clyde Mueller/The New Mexican 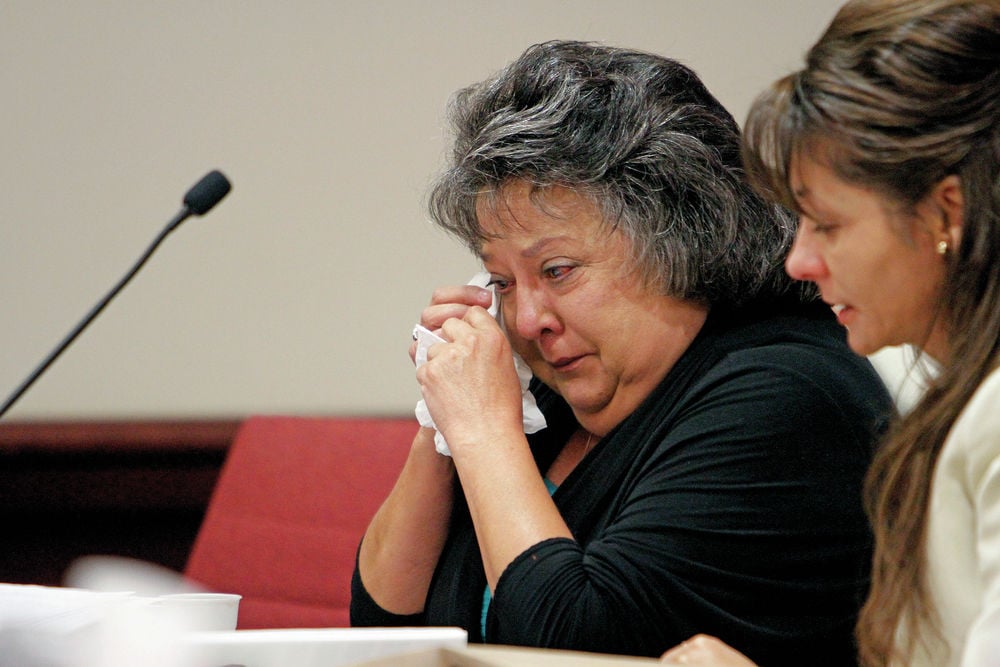 Former Secretary of State Dianna Duran is escorted from the Santa Fe County jail at 9 a.m. on Jan. 17. She served 30 days after pleading guilty to charges of stealing campaign donations to feed a gambling habit and doctoring documents to cover up the embezzlement. Clyde Mueller/The New Mexican

Critics of New Mexico’s disgraced former secretary of state, Dianna Duran, said the sentence imposed on her for fraud, embezzlement and other crimes was too lenient. But Duran argues in a court motion filed this week that some conditions imposed by the judge are too harsh and could even endanger her life.

Duran is asking state District Judge Glenn Ellington of Santa Fe to drop a requirement that she speak four times a month to schools and civic organizations about her crimes and her mistakes.

“Mandatory public appearances will endanger Ms. Duran’s life,” her lawyer, Erlinda Johnson, said in the motion on behalf of Duran, who pleaded guilty to two felonies and four misdemeanors in October after resigning from office.

“A brief glance through the comments section of any online news story regarding [Duran’s case] will reveal that many members of the public are not particularly interested in hearing Dianna Duran’s side of the story,” the motion states. “In addition to numerous obscenities and insults to her physical appearance, some of the more spine-chilling comments include, ‘She should be publicly executed to set an example for all politicians,’ ‘Hang the b*tch!’, ‘Nail her feet to the floor’ and ‘There is still a TREE in old town ABQ … they hung people from it in the late 1800s.’ ”

In asking the judge to drop the required public appearances by Duran, the lawyer wrote, “Clearly there are numerous members of the public who would delight at the opportunity to inflict physical danger, to inflict physical harm on Ms. Duran. … It is not in anyone’s best interest to force Dianna Duran into the proximity of individuals who would love to see her physically harmed.”

In handing down the sentence in December, Ellington said some of Duran’s crimes violated the public’s trust and that demanded “restorative justice.” He sentenced her to jail, even though the state attorney general had not sought incarceration for Duran. But Ellington also suspended all but a month of the 71/2 years of incarceration that Duran could have faced as a result of her convictions.

Along with the jail term, Ellington fined Duran $14,000, ordered her to pay another $13,866 in restitution and required her to place ads in six publications across the state in which she would apologize to the people of New Mexico for her crimes. Duran will be on supervised probation for five years, and she was ordered to perform 2,000 hours of community service.

Duran, the first Republican secretary of state in decades, initially faced more than 60 criminal charges following an investigation by state Attorney General Hector Balderas who accused her of using her campaign funds to cover personal gambling debts at various casinos. She was sentenced by Ellington in December after she reached a plea deal with Balderas. She completed her 30-day sentence in the Santa Fe County jail in January.

Her sentence did not affect Duran’s ability to collect a public pension of more than $4,800 a month.

A spokesman for Balderas said Friday, “The Office of the Attorney General is opposing the motion and will file a response with the court citing our reasons for opposition.”

Johnson argued that Ellington’s public speaking requirement for the 60-year-old Tularosa resident “is more akin to a continual public shaming than anything related to her rehabilitation.”

The defense lawyer wrote, “In fact, this condition has absolutely no reasonable relationship to the offenses for which Ms. Duran was convicted. … they are not reasonably related to deterring future criminality.”

Johnson said Duran already has been turned away by various organizations she contacted regarding making an appearance or was told she couldn’t be scheduled right away.

Though she requested the speaking condition be dropped completely, Johnson suggested the requirement could be reduced to one speech a month.

Duran also is asking the judge to reduce by half the requirement that she perform 2,000 hours of community service.

Earlier this week KRQE-TV reported that Duran made her first public speaking appearance at an Albuquerque church called Wings for Life, an organization that helps the families of prison inmates.

The report said Duran never mentioned her gambling problem. But Duran, who began her political career as the Otero County clerk, then served as a state senator before winning two statewide elections for secretary of state, did complain about news reporters during the public appearance.

“It would be really nice to have a little bit of privacy now that I’m a private citizen,” Duran told the group, “so hopefully I’ll get there at some point.”

Duran will remain on a monitored five-year probation with a GPS tracking device to stop her from entering any gambling establishments.

Former Secretary of State Dianna Duran said taxpayers lost no money in the scandal that toppled her, but records released by the Legislative Council Service show otherwise.

Dianna Duran, who resigned in her second term as Secretary of State after embezzling money from campaign donors to cover her gambling debts, agreed Wednesday to accept a 30-day jail sentence and a series of other punishments.

As part of her sentence in her corruption case, Judge T. Glenn Ellington ordered former Secr…

Balderas: Duran sentence is neither dangerous nor shaming