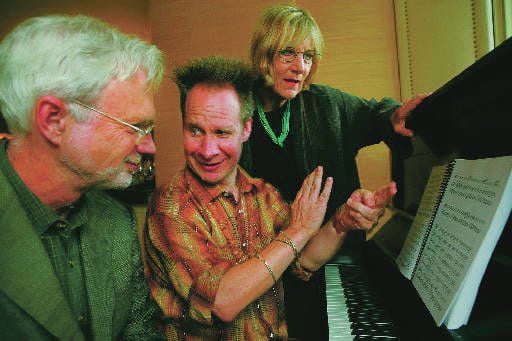 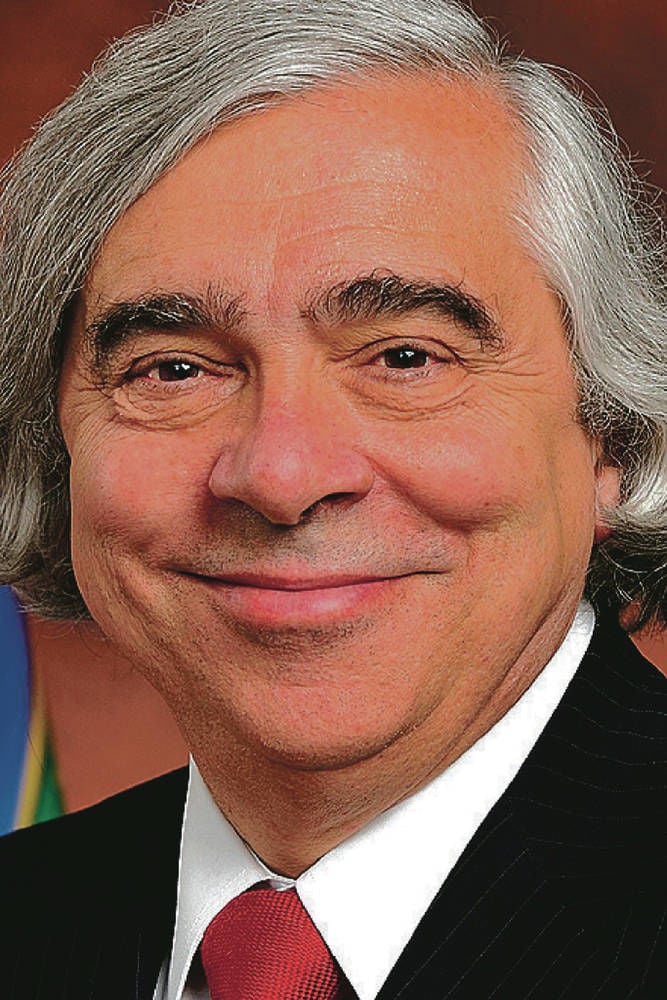 With the threat of nuclear warfare at perhaps its highest level in decades, the creators of an opera about the making of the atomic bomb in New Mexico are hoping that it will not only personalize the story of the people behind the scenes but inspire a call to action.

“I hope it sparks a power to change,” said Emily Johnson, choreographer of the American opera Doctor Atomic, which takes place in the 24 hours leading up to the July 1945 detonation of the first atomic bomb at the Trinity Site in central New Mexico. “People need to hear this story so we don’t create a new bomb.”

The opera, which debuted in 2005, will open at the Santa Fe Opera on Saturday and run for about a month. Johnson joined Peter Sellars — who wrote Doctor Atomic with composer John Adams and who directs this Santa Fe production — and former Secretary of Energy and physicist Ernest Moniz for a discussion about the opera at the Lensic Performing Arts Center on Sunday. Veteran journalist Sam Donaldson, who grew up in New Mexico, moderated the 90-minute conversation.

Donaldson moved back and forth between the history behind the creation of the bomb in Los Alamos in the 1940s and the way Adams and Sellars treat that story in the opera. Among other issues, he touched on the moral dilemma that led Manhattan Project physicist Robert Oppenheimer and his colleagues faced in creating a weapon that could destroy mankind — and on the challenges inherent in making a theater piece out of the story.

“How do you make an opera out of death?” Donaldson asked Sellars early in the presentation.

“Death is the reason theater exists,” Sellars said. “Most theater is about how to call back people you never had a chance to meet … and ask things that couldn’t be asked at the time.”

The last 20 minutes of the opera, he said, involves a “countdown while we wait. And of course, that clock is still ticking.”

At one point Donaldson asked the trio of panelists whether they thought Oppenheimer and company made the right choice in building the bomb. Sellars suggested it was not necessary because Japan, which was still waging war against America in the waning days of World War II, “was on its knees.”

America’s use of the bomb on Japan did not signal the last gesture of World War II, Sellars said, “but the first gesture of the Cold War.”

Moniz, who works with the nonprofit Nuclear Threat Initiative to eliminate the threat of nuclear destruction, said he could not pass judgment on those who worked on the Manhattan Project.

Moniz repeatedly stressed the potential for nuclear energy to be use for good purposes, such as treating cancer, but warned the Manhattan Project gave birth to a weapon that has since been taken for granted as just another deadly tool to use in battle.

“A nuclear war cannot be won, and therefore, it cannot be fought,” he said.

Asked by Donaldson about creating onstage imagery reflecting the actual test blast, Sellars said it would be impossible to create it. Nor would he try, he said.

“You can’t put something on the stage like Hiroshima [explosion],” Sellars aid. “It’s not artistry.” Rather, he added, most people can imagine what the impact was like, even if they never saw photos or film footage of the blasts.

While Moniz said that since the United States and Russia own 90 percent of the world’s nuclear weapons and thus should take the most responsibility for securing and decreasing them, Sellars said the world at large must take on that responsibility.

“It’s no longer on Oppenheimer’s head,” he said. “It belongs to all of us now.”

Sunday’s panel talk was part of an ongoing symposium called “Tech and the West” hosted by the Santa Fe Opera, which continues with more talks and presentations this weekend. For more information on the opera and the symposium agenda, visit www.santafeopera.org.