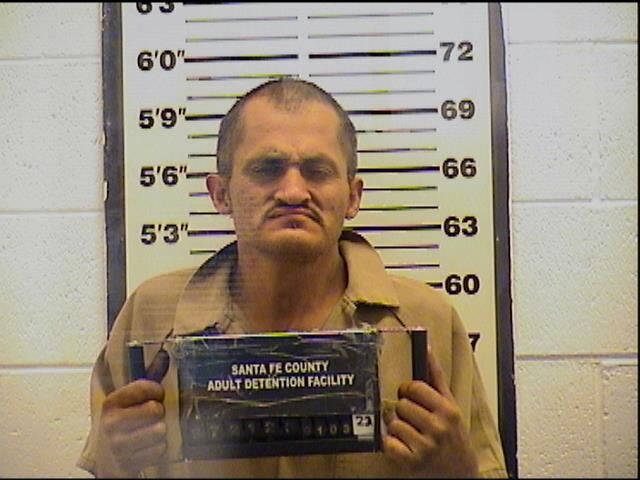 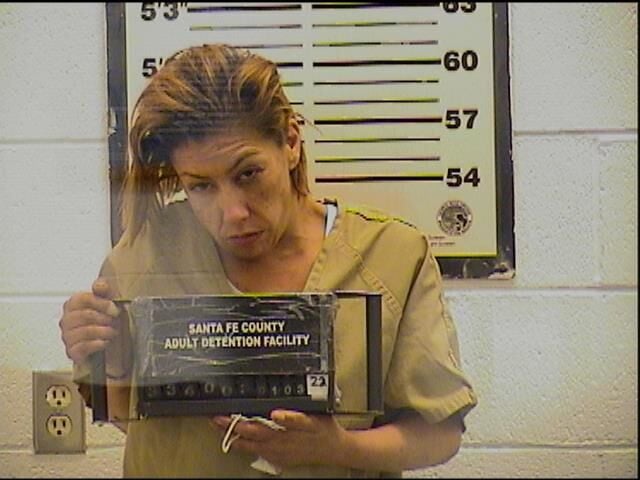 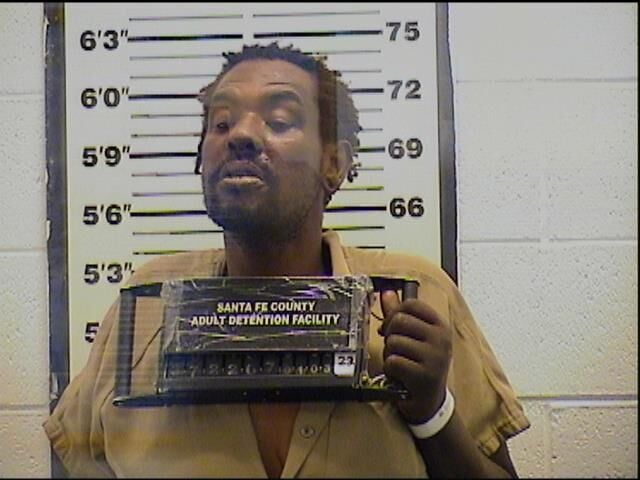 Santa Fe County sheriff’s deputies have recovered five stolen vehicles — including one that might have been used by a suspect sought in a Dec. 19 road rage shooting — and arrested three people on charges of receiving and transporting stolen vehicles and possession of firearms.

Deputies recovered a number of weapons, including two handguns and an AR-15 rifle, along with spent casings and assorted cellphones, in the Sunday afternoon operation in a wooded area near Forest Road 24 off Caja del Rio Road, the sheriff’s office said in a news release issued Monday.

“The suspects were taken into custody last night, and the crime scene was secured because there was so much snow out there,” Ríos said. He added the stolen vehicles will be taken as evidence and returned to the owners after they are identified.

None of the suspects arrested Sunday were tied to the road rage shooting that wounded a woman in the leg. In that case, 27-year-old David Dean Gallegos Jr. faces 11 counts of aggravated assault with a deadly weapon and one count of negligent use of a deadly weapon.

Santa Fe police said Gallegos, who has not yet been arrested, is accused of shooting the woman, a visitor from out of town who had followed his car after he sideswiped her vehicle on Cerrillos Road. An arrest warrant affidavit says the woman’s family told police the driver, identified as Gallegos, then fired multiple shots into their vehicle, which had two children in the back seat.

According to the sheriff’s office news release, deputies responded to a call from a man who said his pickup had been stolen, and he believed it was abandoned at a forested site where he saw other vehicles.

“The victim led deputies to the approximate area where his vehicle had been hidden,” the news release said. “As deputies proceeded to search the area they located other vehicles, which included the male’s stolen Ford pickup along with two 30-foot camper trailers and two passenger vehicles.”

When deputies called out to the occupants of the campers, one suspect — who Ríos later said was Morales Bustos — fled on foot. Deputies apprehended him after deploying an electronic stun gun. The other two suspects were arrested without incident.

Ríos said investigators discovered all the vehicles had been stolen, including the one used in the road rage incident in December. He said deputies found a gun in that vehicle, as well, although he did not specify what type of weapon it was.

He said his agency does not yet know if the site where the vehicles were found has been used as a hub for stolen vehicles in the past.

“We will talk to the individual who had his vehicle stolen to find out how he came to understand his stolen truck was out there,” Ríos said. “Right now, based on early statements that man made, he was just driving around looking for his truck in the area when he found it.”

An online search of

Don’t fret…. Santa Fe will lose the evidence and they’ll all walk!😊

Talk, write, email your Representative. Crime bills are being written now. Strike while the Iron is hot,

Oh, look, more of Santa Fe's finest who will be back on the streets in a few months.

One was released practically the same day.... The other two are probably out already.

Everyone is fed up with catch & release. Why are suspects, with prior arresrs, and arrested at a crime scene with multiple guns, one an assault rifle, and MANY stolen vehicles, eligible for release? Why bother arresting anyone when PROVEN CRIMINALS are released? Police endanger themselves making arrests and our (?) judicial system let's them go! The pictures of these 3 look like characters of perpetrators and they have been arrested & (?) released before? No wonder police leave.

Sober up. For all we know, the content of this piece, Foreman may have just been there for a place to flop. We can't just throw EVERYONE in jail, we tried that already. Let's just hope the Sheriff "secures" the site, as he utterly failed to do in the "Rust" shooting. Looks like Baldwin will get away with murder... so lets scream about that.

Did you miss the "defund the police" democrat movement?

Hiding in plain sight, eh? Maybe someone ought to be checking into why a bunch of vehicles is sitting for months on public land? Oh, and why is David Dean Gallegos Jr still on the lam? Has he fled the jurisdiction or is he, too, hiding in plain sight?

“We will talk to the individual who had his vehicle stolen to find out how he came to understand his stolen truck was out there,” Because he looked, which is apparently more than can be expected of our cut rate sheriff's department. It wasn't a "wooded" are. It's all piñon out there no taller than 20ft. These folks were "hiding" in plain site and operating with impunity because it requires a man to go find his own stolen car and put his life in danger for any law to be enforced around here. And one of the perps was still released!

Those campers have been out there FOR MONTHS! And both sheriff's department and forest service were told that they were there long past their two weeks and were leaving refuse everywhere. Why won't law enforcement around here, from any level of government, follow up and DO THEIR JOBS?!!! Jesus tapdancing Christ, one of these folks tried to kill someone. Do better! Vote out Adan Mendoza!

I had certainly taken notice of how many vehicles and campers were camped out in the Caja this fall. It's National Forest but not many people know this and access can be difficult, however now that so many are out in camper-vans during pandemic they'd clearly found the place. It didn't occur to me that there might be an actual crime ring setup out there but the idea that there was no authoritative body that thought to check-in, look things over, remind folks about fire and refuse, etc, is somewhat of a surprise. Surely NFS or BLM was out there a few times for a drive thru. I say this with the assumption that this crew may have looked a bit out of sorts amongst the others. I'd have to hazard a guess that the truck owner that visited the site was following a gps recovery unit of some type because honestly the Caja is off the regular path.

There's still something a bit odd about sheriff's making the arrest. But my guess is that federal and county LE pointed fingers at each other and it took the victim to really lean on them to do something. Sad. We spend so much money to have these overlapping jurisdictions of law enforcement in this country just to have things like this fall through the cracks. Truly a racket, worst of all in NM.

I'd attribute this to lack of oversight rather than some kind of racket. Inattentiveness isn't generally due to conspiracy rather it trends the other way toward ineffective management. The gun problem right now seems a much greater priority than a stolen car ring but clearly the two tend to merge into one at some point. Whatever might generate ready cashflow is often who things tend to work, above-board or below.

I would like an explanation of why any of these suspects deserves to be released. Is the Gallegos road-rage incident being described here because the Gallegos vehicle was found at the scene of the other stolen vehicles? It is unclear and confusing. Also, is one of the campers at the scene perhaps the stolen camper featured in an article just a day or two ago?

To go back to business as usual, Dan. The sheriff's department knew all about these folks for a while and sounds like they were forced to do their jobs by the victim. I'm sure they resisted, claiming it was federal land and not their jurisdiction.

Hi Dan. Yes one of the RV’s was mine, I am beyond devastated. The windows are smashed out the axels are ripped out. It’s full of needles and missing most of my life. This has to stop!! You are correct, no one should be going home these people need to pay for destroying my life and making me homeless. All because they would rather be high than a productive member of society.

Lorraine, have you or a friend set up a go fundme or similar to help you out? I would contribute.

Please also file a complaint with the NM attorney general and DoJ if you don't think this was properly investigated.