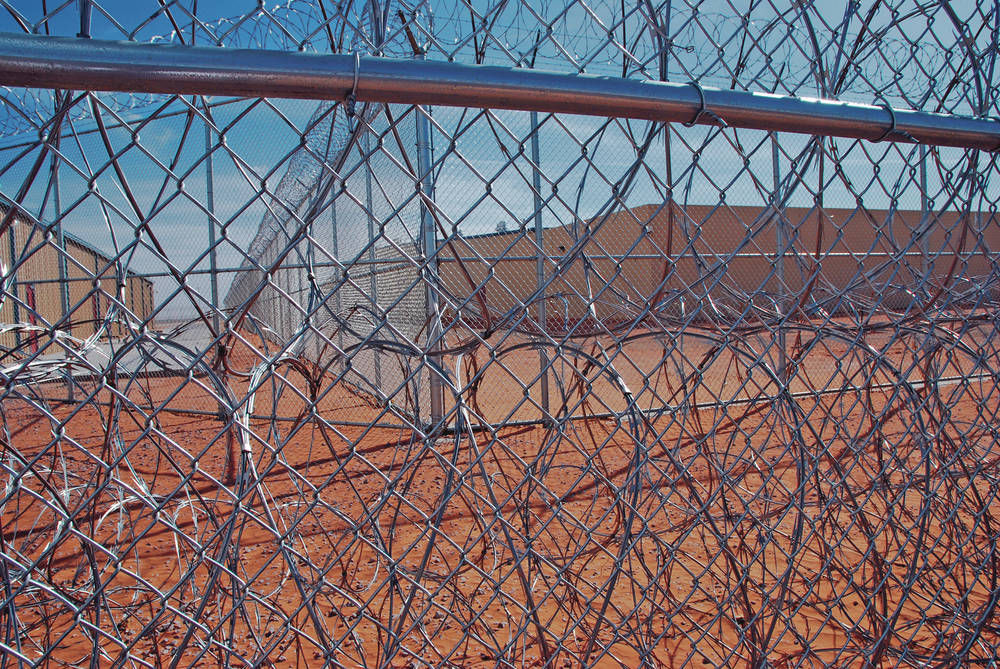 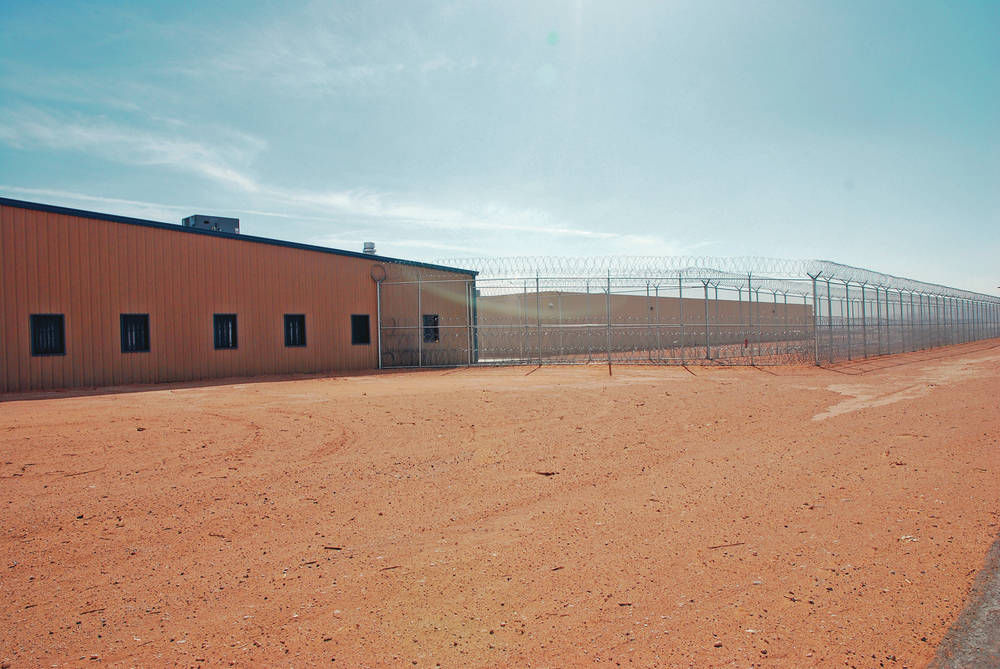 Despite its setting in a desolate stretch of the Southern New Mexico desert, Immigration and Customs Enforcement’s Otero County Processing Center has landed at the center of ongoing controversy surrounding private prisons and ICE detention throughout the U.S..

Conditions at the remote prison, one of five facilities audited by the Department of Homeland Security’s Office of Inspector General, have stirred debate, just as the center’s for-profit operator, Management and Training Corp., has moved to expand its immigrant detention business in other states.

But problems at the facility run far deeper than those detailed in the inspector general’s report, according to a review of contracts and court records related to the facility’s operation.

Meanwhile, a push to invoke more transparency of federal prisons is being made in the New Mexico Legislature — seven years after a report by the American Civil Liberties Union detailed a host of alleged abuses at Otero and one year after another private prison contractor, CoreCivic, emerged unscathed following a scandal related to deaths of inmates at its facility in Cibola County.

The inspector general’s recent audit found problems at four of five ICE facilities, including Otero. Discovered during surprise inspections, auditors at various sites found evidence of systematic and suspicionless strip searches, rotten food and moldy bathrooms, the misuse of segregation, the denial of communications and long delays for medical care.

“ICE detainees are held in civil, not criminal, custody, which is not supposed to be punitive,” the Inspector General’s Office states in its Dec. 11 report. “The problems we identified undermine the protection of detainees’ rights, their humane treatment and the provision of a safe and healthy environment.”

Regional ICE spokesman Carl Rusnok stated in an email that “ICE is confident in conditions and high standards of care at its detention facilities.”

For its part, Management and Training Corp. wrote that, contrary to the inspectors’ findings at Otero, the facility was not in violation of standards.

Documents also show that the Otero facility has been exempted from ICE’s usual requirement of providing outdoor recreational opportunities for detainees and access to natural light.

An intergovernmental agreement between Otero County and ICE shows the federal agency waived its standards in both regards. The contract does not require access to natural light, and it cuts in half — from four hours to two hours a day — the amount of outdoor recreation to be provided detainees. In a review of a sample of 15 similar, publicly available agreements between ICE and municipal or county governments, no similar waivers were found. Whether the decreased hours of outdoor access are even provided is dubious, according to a local advocate.

“Someone could go days or weeks, even, without having access to the outdoors,” said Melissa Lopez, an immigration attorney and executive director of the El Paso-based Diocesan Migrant and Refugee Services who visits Otero regularly.

Medical neglect is Lopez’s main concern. Although the inspector general’s report did not name Otero among the facilities where inspectors found that care was lacking, Lopez said she’s heard health care-related complaints from countless detainees over her 10 years of visiting four facilities across the region. Running trends, she said, include prescribing Tylenol as a treatment for serious ailments and the delay or denial of providing basic medicine, such as insulin or high blood pressure medication, for detainees with serious conditions that have long been diagnosed and treated.

“It’s not that the expectation is that somebody’s gonna get the best medical care on the market,” Lopez said. “We’re talking about basic care.”

Of the 172 deaths in custody nationally between October 2003 and June 2017 that ICE has disclosed, two were Otero detainees. Rafael Barcenas-Padilla, 55, died most recently, in April 2016, of bronchopneumonia, according to ICE.

At the time, a scandal surrounding deaths in custody attributed to medical neglect was enveloping a different for-profit prison, the Cibola County Correctional Center. In the aftermath of investigative reporting that brought four deaths there to light, the prison’s corporate owner and operator, CoreCivic, faced an early contract termination with the Bureau of Prisons in the summer of 2016. But by fall, the private prison giant picked up $150 million in new business with ICE, and the facility was up and running as an immigrant detention center by the end of the year. The vendor now in charge of health care has been sued twice in New Mexico civil court for deaths due to medical neglect.

Management and Training Corp., meanwhile, has been named as a defendant in New Mexico lawsuits around 30 times, according to a review of court records. A case brought by the ACLU on behalf of a transgender woman, who says she’s being held at the company’s state prison as a man, is currently being litigated. Recent settlements made by the company in New Mexico involve the alleged censorship of books sent to state inmates and a discriminatory firing complaint made by a guard at the ICE complex.

A deep dive from the Center for Investigative Reporting, a nonprofit news agency, into Cibola’s closed-door deal — and the unresolved questions of oversight and detainee care that surround it — has since prompted state Rep. Antonio “Moe” Maestas, D-Albuquerque, to set a spring hearing before the Legislative Courts, Corrections and Justice Committee on all federal facilities in the state.

Each of the deals — between Otero County and Management and Training Corp., and Cibola County and CoreCivic — required the approval of the New Mexico Attorney General’s Office. But state officials have been hands-off regarding involvement in matters of jurisdiction and oversight of federal prisons. Maestas said he thinks the dynamic is one that New Mexico’s leaders have a responsibility to remedy.

“Anything that happens in the boundaries of New Mexico, we should be concerned about,” Maestas said. The goal of the hearing, he said, is to “educate legislative members in regards to federal institutions here. We want to become familiar with their operations to ensure they’re run appropriately.

“Anytime there’s no oversight or accountability, that’s when human rights violations are likely to take place,” Maestas said. “You never want your state to get a black eye in regards to being responsible for things of that nature.”

According to a 2011 report on conditions at Otero, compiled by the ACLU, such a hearing is long overdue. Two hundred Otero detainees detailed their experiences under Management and Training Corp.’s care, and the resulting report featured a similar litany of violations as reported by the inspector general — from arbitrary lockdowns and abusive guards to deficient food and medical care.

The issue has never made it to the state Legislature — where it should be considered with urgency, given the direction of immigration policy, Maestas said.

“Since the federal government is committed to a policy approaching mass deportation, there’s going to be more and more federal prisoners in the state,” he said. “These are men, women and children, not street criminals convicted of federal crimes. We need to keep an eye on what ICE and these companies are doing, to ensure that it’s consistent with the values of our country.

“Even though these federal facilities aren’t managed by the state,” Maestas added, “we still have to maintain high standards of human rights.”

Millions of dollars are at stake. A three-month set of invoices paid to Management and Training Corp. shed some light on the business of immigrant detention in Southern New Mexico. Between January and March 2017, the company was paid between $1.8 million and $2.6 million per month, as the Otero detainee population fluctuated between 914 and 741. Per the invoices, the company charges Otero County, which is paid by ICE, $77 per detainee per day for the first 850 detainees.

This story is a collaboration with the Criminal Justice Project.