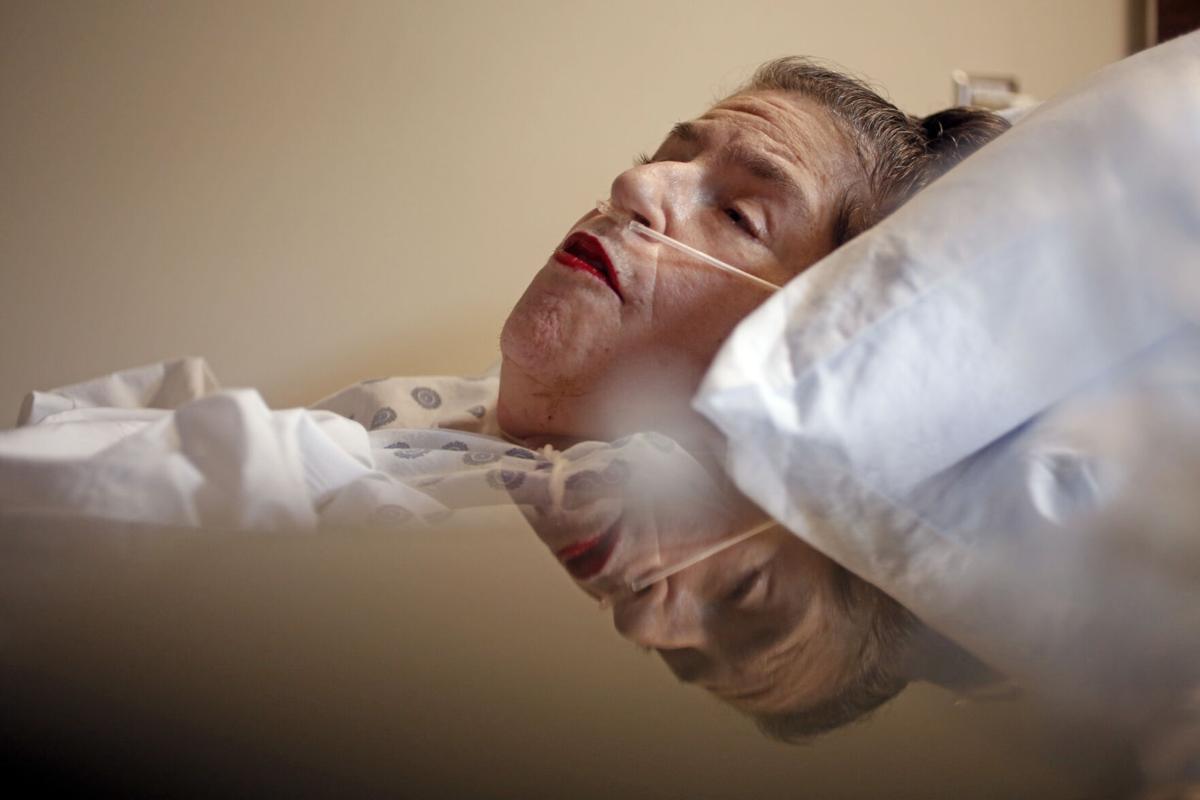 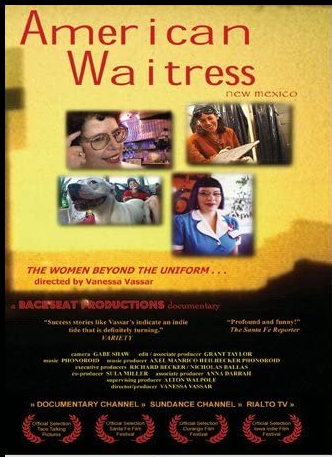 For decades, Karen Webb has spent Thanksgiving Day serving others — customers in restaurants and hotels where she has worked, and families in need through her leadership role in local holiday toy drives.

Webb, who is nearly 70, spent this Thanksgiving in a hospital bed.

Though she was fully vaccinated against the coronavirus in March, Webb contracted COVID-19 in October, when so-called breakthrough cases of the illness began increasing in the state amid a surge in the virus’s delta variant.

As soon as she heard the news, Webb recalled, “I was scared.”

Her bad luck didn’t end there. She later developed a staph infection, which she is now fighting with the help of faith, friends, prayers, humor and a GoFundMe initiative, fueled by donations from many of the customers she’s gotten to know and love over the decades.

“I know this town, and this town has been good to me,” said Webb, a New Jersey native who moved to Santa Fe in 1971. Her name and face have become familiar to those who have dined at the original downtown Plaza Cafe or its sister restaurant, Plaza Cafe Southside, where she has waited on tables for almost three decades.

The job earned her a spot in a nearly 20-year-old documentary film on waitresses — prompting customers to cast curious looks and ask, “Don’t I know you from somewhere?”

Friend and Plaza Cafe co-worker Belinda Marshall, who started the GoFundMe campaign for Webb, said she has been good to the town.

“She is a community treasure,” Marshall said. “People who come in here love her. That’s where all the money is coming from for the GoFundMe. When people find out she is sick, they want to help. Karen does that, too; if somebody needs help, she’s there. She’s constantly doing things for our community.”

Speaking from her hospital bed Wednesday — and wearing her trademark red lipstick — Webb sometimes gave in to tears over the pain, frustration and fear she was feeling.

She’s not quite 70; that birthday will come in January.

This month marks 50 years since she came to Santa Fe from the East Coast. Asked what brought her to the City Different, she flashed a naughty smile and said, “It’s sordid; I’m not telling!”

After a moment, she added, “It’s where God wanted me to be.”

She spoke of the first house she rented in the city, which had an outhouse. It was on the corner of Siler Road and Agua Fría Street. She paid $15 a month for it.

Santa Fe was a “wild town” in those days, she said, one in which “everyone wore a gun on their hips.”

She worked at a number of well-known hotels before she began working at the Plaza Cafe.

One day, filmmaker Vanessa Vassar walked in and said she was looking for a veteran server for her documentary American Waitress, New Mexico. With her sunny and saucy disposition, eyeglasses that seemed to have a life of their own and recognizable black bangs, Webb fit the role, telling the story of the daily joys and pains of life in the service industry.

The documentary, released in 2002, was screened at a number of film festivals, including in Santa Fe and Taos, before enjoying a lengthy run on a number of documentary TV channels.

For 38 years, Webb helped run Santa Fe’s annual Wings for Hope Toy Run and found ways to get clothes to children who needed them. Her customers often helped; she would find out what size of a dress a girl could use and would then ask familiar patrons if they were planning to pass along a dress that size from a daughter who had outgrown it.

Despite her illnesses, Webb remains feisty and funny, and sings the praises of the staff at Christus St. Vincent Regional Medical Center, where she is receiving care. She has started a Cupcake Club for the workers in the hospital’s COVID-19 ward; she asks anyone armed with sweets to drop some off at the entrance.

Two packs of Oreo cookies go a long way when it comes to making spirits bright there, she said.

Still, she has had a difficult battle with COVID-19. She described extreme pain and hallucinations. One morning, she said, she woke up in the COVID-19 ward asking nurses why she wasn’t wearing her Brownies outfit from her youth.

“COVID has affected me mentally, emotionally; you lose a lot of memory,” she said. “You’re very isolated, so your mind starts to wander.”

After a while, she said, “I felt like I was a prisoner of war.”

She recovered and was sent home, where she spent just half a day before discovering an infection in her right arm. She was back in the hospital that night.

“Wouldn’t it be a shame if I survived COVID and died of staph?” she asked.

She’s not into self-pity, she said. “Sometimes it’s just your turn, and that’s all there is to it.”

Laughing helps. It’s what ties us all together, regardless of differences, she said.

She also comes from a family with a good sense of humor.

On her second day in the hospital for treatment of COVID-19, her phone rang. She answered it, and a man said, “This is just a reminder that this is your last chance to renew the warranty for your vehicle.”

Furious and frightened, she cut off the caller. “Don’t you know you’re calling a COVID ward?” she asked and slammed down the receiver.

The phone rang again. The same voice spoke to her in a much more soothing tone: “Don’t you even recognize the voice of your brother?”

She couldn’t help but laugh.

How to help u To make a donation to help Karen Webb pay medical bills, visit gofundme.com/f/sos-for-ms-karen-webb.

I love everything about this woman! Oh how she and my Mark would flirt with one another when we came in for breakfast! They were so cute. Praying for her recovery. ❤

Many thanks for this article. Karen is a wonderful person who makes Santa Fe a better place just by her warm presence. Best wishes for a quick and complete recovery.

We love Karen and wish the best for us. She was in our courtyard 2 weeks before she became sick and was as bright and sunny as always. Get well Karen.