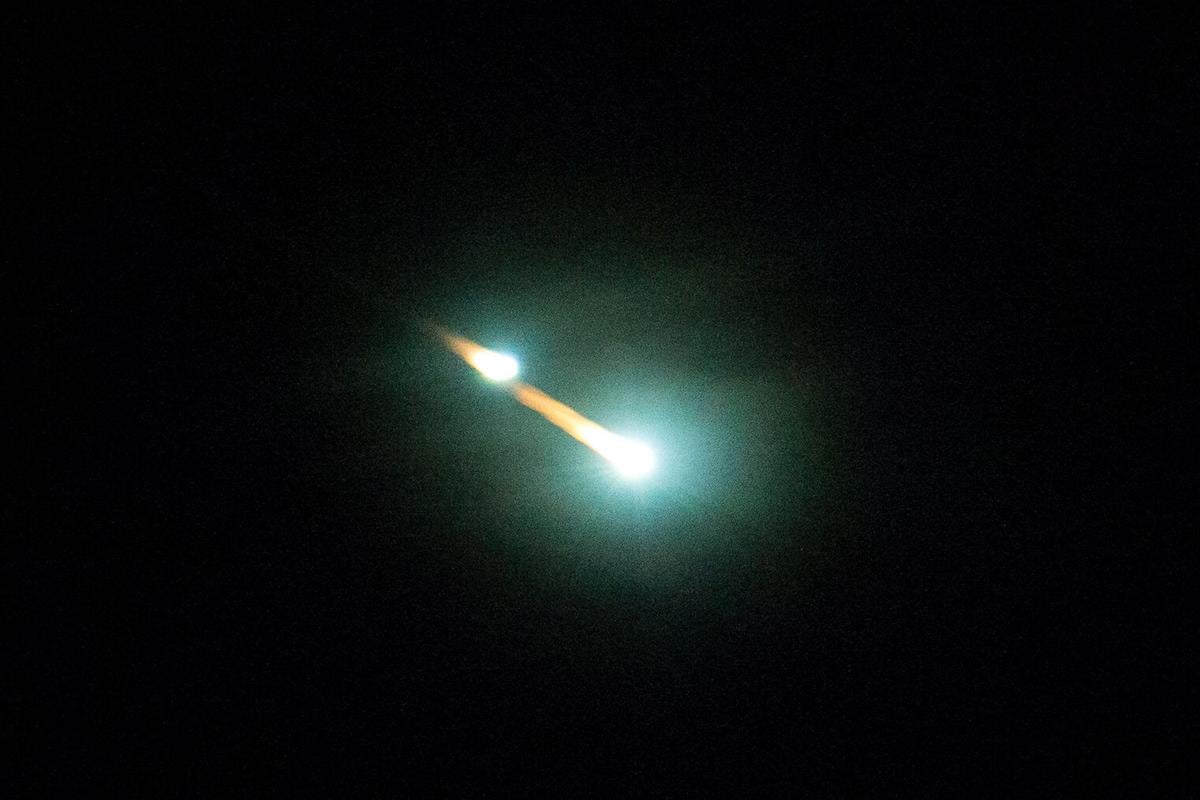 A meteor breaks up over Santa Fe on Tuesday night. 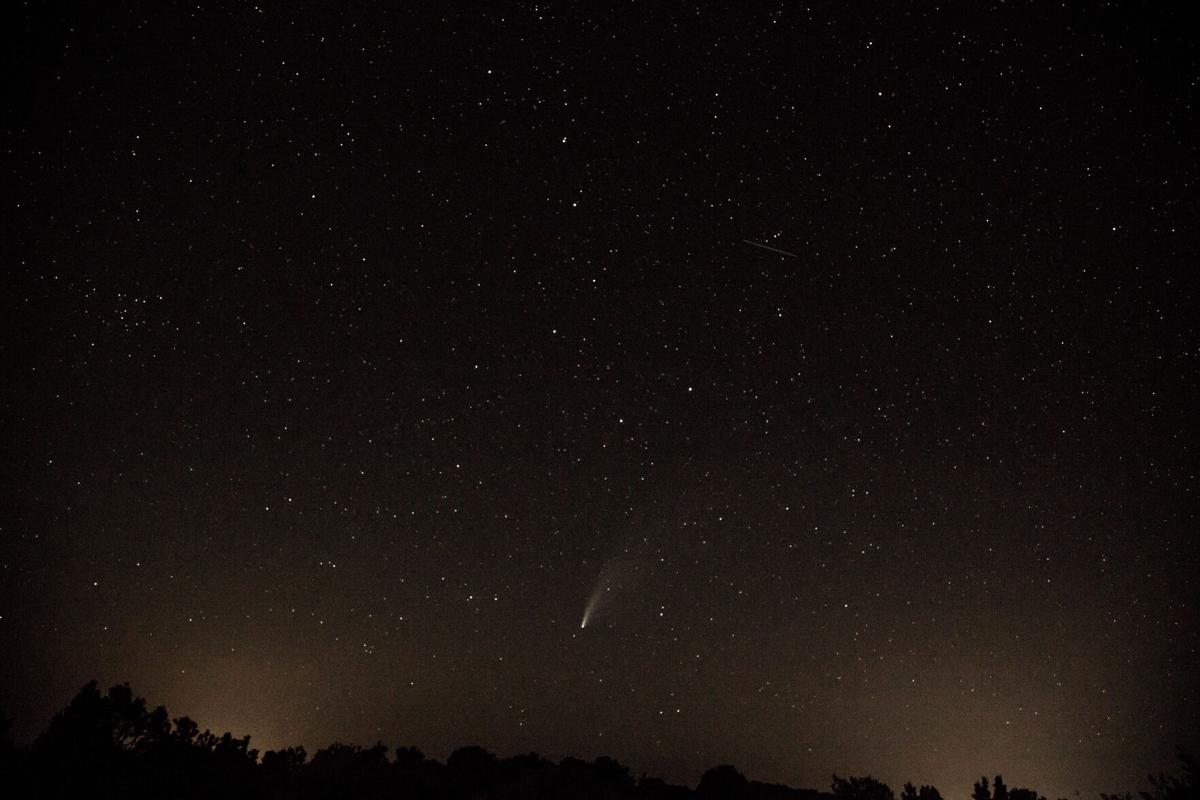 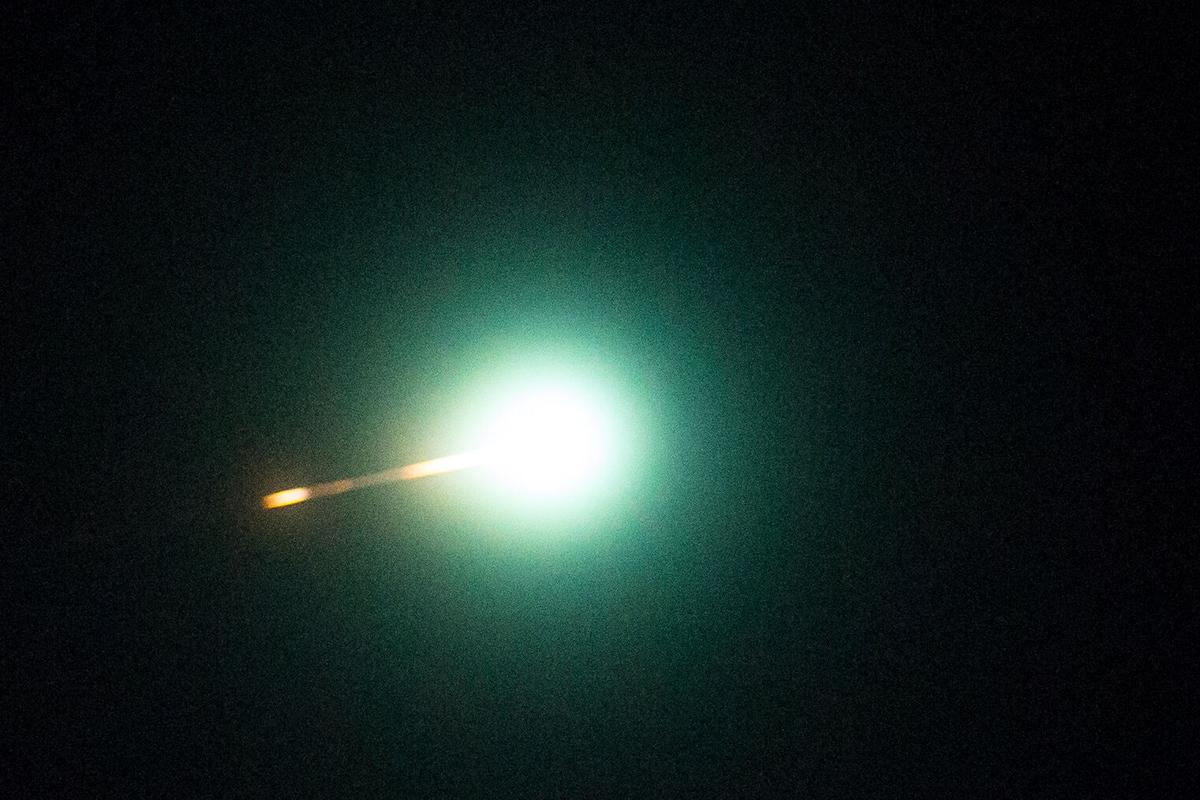 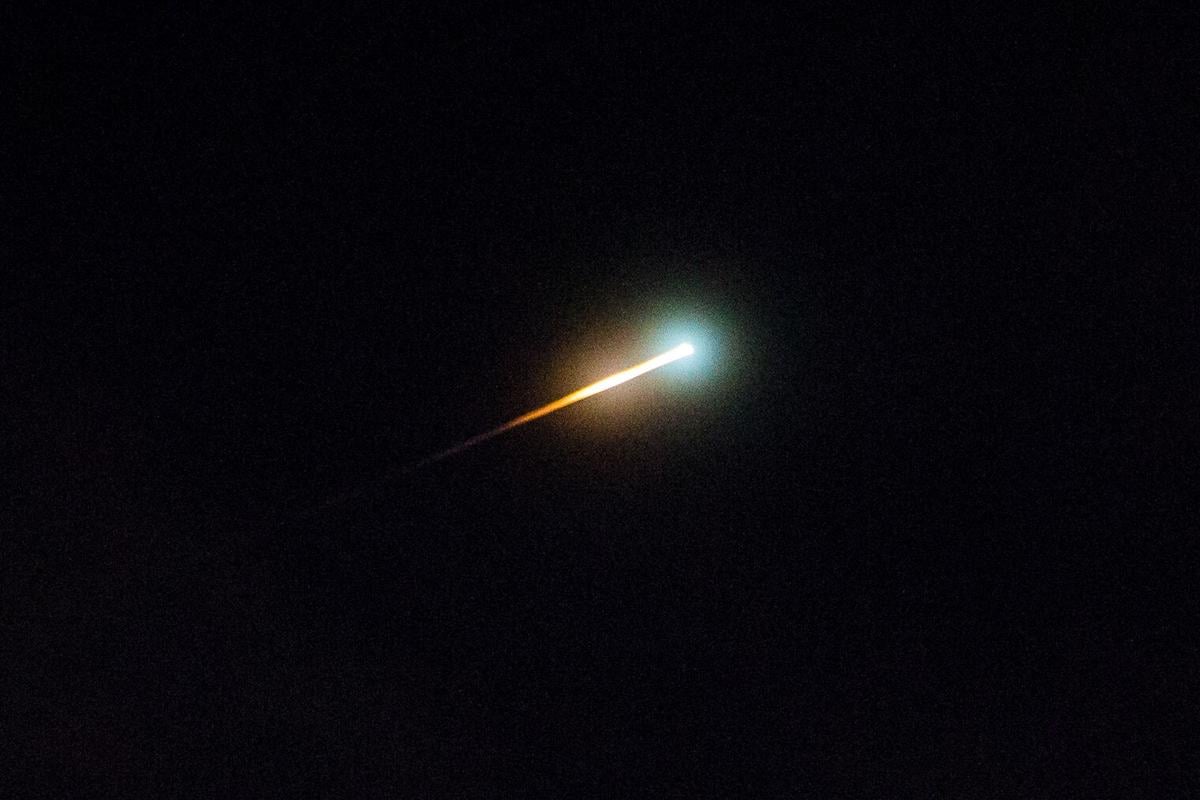 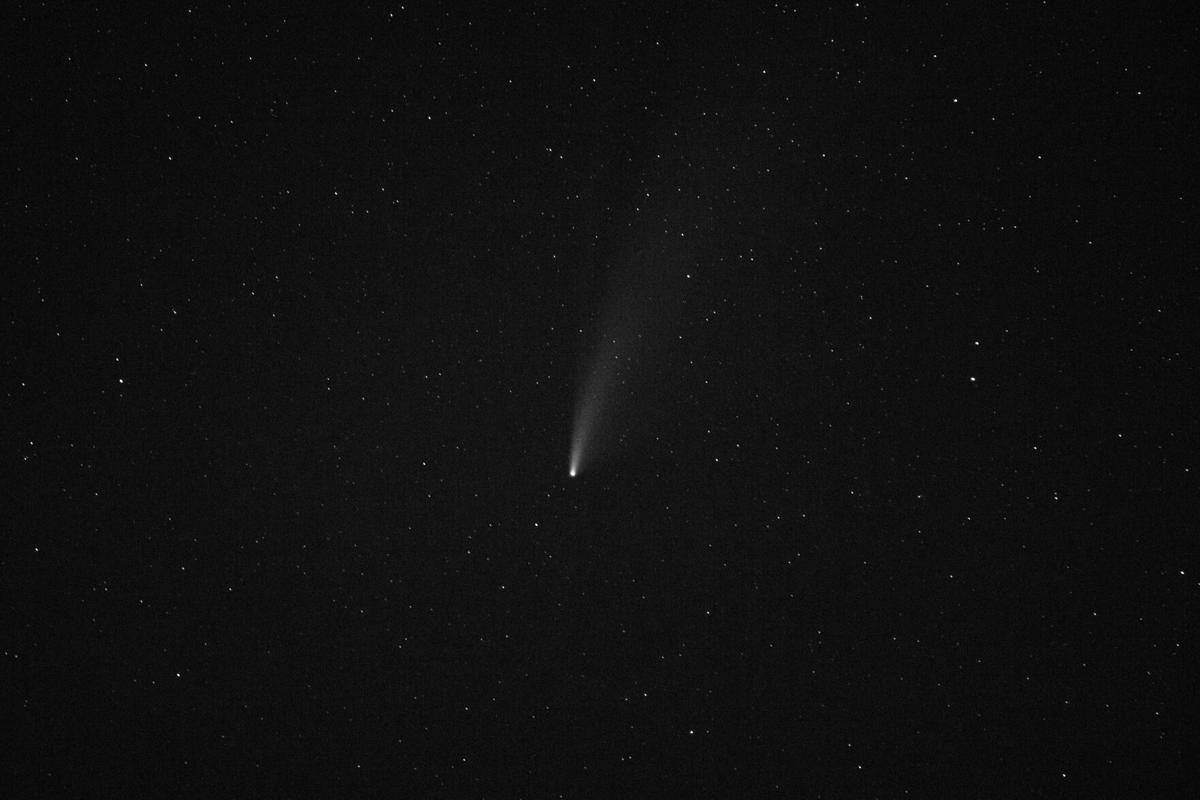 The NEOWISE comet can be seen streaking across the New Mexico sky Tuesday night.

A meteor breaks up over Santa Fe on Tuesday night.

The NEOWISE comet can be seen streaking across the New Mexico sky Tuesday night.

Adriana Reyes Newell just wanted to take a photo of the beautiful sunset Tuesday when she saw a fiery light in the sky coming at her.

“At first I thought it was an airplane ruining my picture,” said the Los Alamos National Laboratory physicist, who also works as a professional photographer. “But then it started to break into lots of pieces.”

No, it wasn’t the NEOWISE comet, which so many people have reported seeing since March. It was a meteor, briefly flying through the sky as a shooting star before disintegrating.

Reyes Newell photographed the meteor flying over Santa Fe shortly before 9 p.m. Tuesday. She said she was sky watching near Christus St. Vincent Regional Medical Center when she saw it.

She’s already seen NEOWISE comet and took photos of that, too. You may be able to still spot the comet if you’re lucky, she said.

“It’s moving away from the Earth and solar system already, so if you can see it, it’s very faint,” Reyes Newell added. “But there’s time [to see it].”

Wladimir Lyra, an astronomy professor at New Mexico State University in Las Cruces, says there are about two more weeks to spot the rare comet. He suggested people keep watching the skies, looking in the direction of the Big Dipper.

The comet — about three miles in diameter and moving at about 200,000 miles per hour — was first seen in late March by NASA’s Near-Earth Object Wide-field Infrared Survey Explorer, or NEOWISE.

“It’s already fading out,” he said, noting that it is moving into the sun’s orbit and will soon disappear beyond that.

Lyra said the comet is made of rock, ice and other frozen particles and gases. What is visible to the human eye is the tail of the comet as it heads toward the sun.

His fascination with comets comes from a desire to understand more about the creation of the solar system some 4.6 billion years ago.

“Comets tell me something about the origin of the earth, how planets form,” Lyra said. “Comets are like leftover bricks that were used in building a planet. If I want to understand that building, I have to understand the bricks.”

For the average person, he said, “Comets are just beautiful … the vagabond of the world that visits us sometime.

“They break the consistency of the night sky.”

So do meteors, which are also lighting up the skies over New Mexico and which should not be mistaken for comets, Lyra said.

Any number of meteor showers filling the skies this summer can produce “shooting stars,” which seem to zoom across the dark horizon and disappear or burn out, almost on cue, year after year.

But NEOWISE comet only comes around every 4,000 years. So if you miss it, you won’t be around the next time it passes through.

“No one who is alive now is going to see it return,” Lyra said.