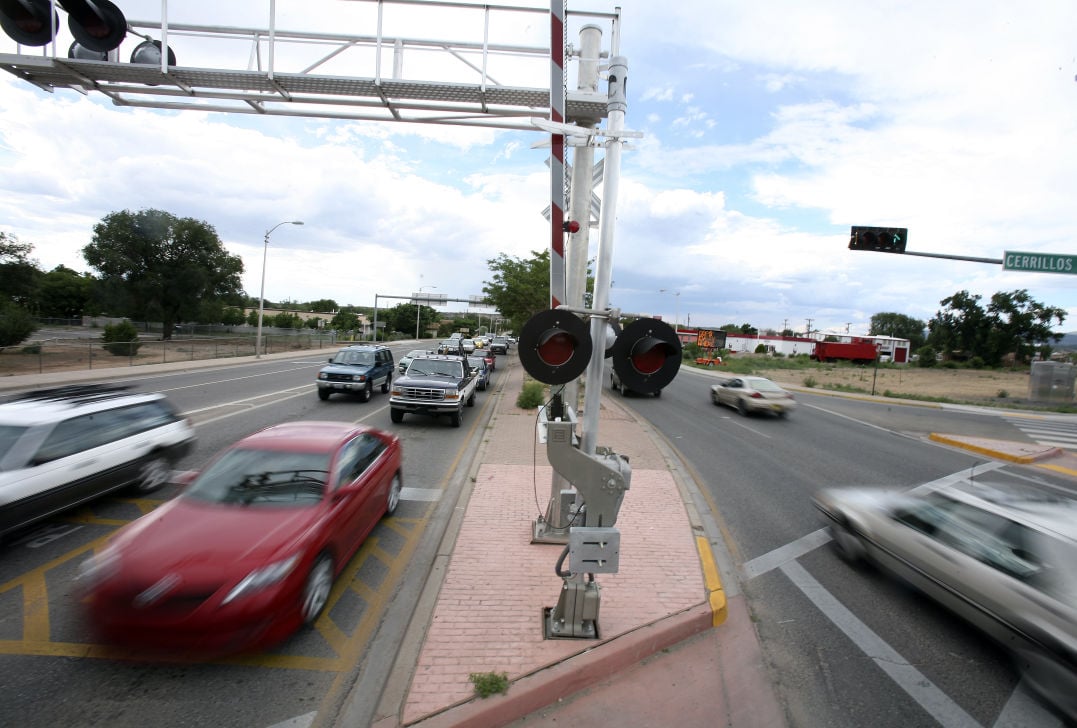 The intersection at St. Francis Drive and Cerrillos Road, is one of the most congested in Santa Fe Natalie Guillen/The New Mexican file photo 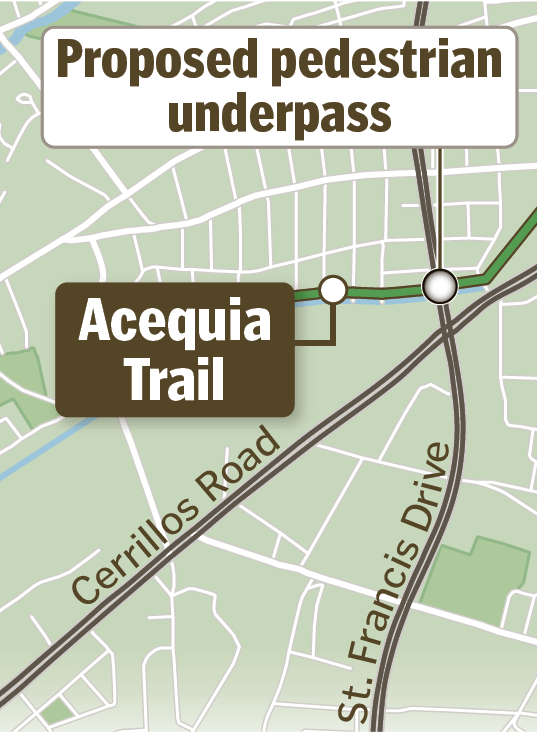 The intersection at St. Francis Drive and Cerrillos Road, is one of the most congested in Santa Fe Natalie Guillen/The New Mexican file photo

Plans for a tunnel under St. Francis Drive to serve pedestrians and bicyclists seeking to cross the busy six-lane highway just north of the Cerrillos Road intersection will be presented to the public during a Sept. 1 meeting.

The long-discussed $3.82 million project, which will connect the Acequia Trail adjacent to the New Mexico School for the Deaf campus with the Santa Fe Railyard, will be the subject of a “pre-construction public information meeting” from 5:30 to 6:30 p.m. at the BF Young Building, 1300 Camino Sierra Vista.

The city expects to put the work up for bid this fall. Construction is expected to take six to eight months.

More than 85 percent of the construction budget will come from federal funds, with the city kicking in the rest. St. Francis Drive carries U.S. 84/285 traffic through the city.

“This underpass is a major next step in improving Santa Fe’s bikeability,” a city statement said.

The meeting originally was scheduled for Tuesday, Aug. 18. Matt Ross, a spokesman for Mayor Javier Gonzales, said the meeting was rescheduled at the request of City Councilor Patti Bushee, whose north-side district includes the proposed underpass. Bushee wanted to attend the meeting but is out of town, he said.

Bushee chairs the city’s Bicycle and Trails Advisory Committee, which in 2012 repeatedly recommended construction of an underpass at the site.

The project will create the second tunnel under St. Francis Drive to accommodate users of the city trail system. The first was built near Zia Road. Another planned underpass, intended to allow users of the Santa Fe River Trail to cross under St. Francis Drive, was included in a list of projects that were to be funded from a bond issue approved by voters in 2012. However, the City Council last year discarded that plan and reallocated bond money to projects elsewhere in the city.

Ross didn’t send out a notice to news media about the date change for the underpass meeting until Tuesday morning. However, he said the rescheduling notice was sent to an email list of the Santa Fe Metropolitan Planning Organization.

I'll bet 3.8 million gets a tunnell with no drainage. Build a bridge( twice) like at Camino alire and Alameda. See what the lake austin bridge (lance Armstrong) in Austin Texas looks like. It will cross St Francis and direct people to either side of cerrillos rd. Please no prairie dog sanctuary at this intersection.

Our City Council and our Mayor have failed so miserably at preforming even the most basic of fiduciary responsibilities, that I certainly don’t trust them to oversee this 3.8 million dollar project… Under THIS Council’s and Mayor’s supervision, I can already see costs quickly spiraling out of control and easily turning into a 7.9 million dollar fiasco. Then finally ending up costing the tax payers 10 million dollars to complete…. While I do support the idea of this tunnel, I think we can all wait a couple of more years until we elect a new and competent City Council and Mayor to oversee and properly manage this project.

I'm sure the area's rapists, muggers, and drug dealers are looking forward to this new opportunity.

I suppose The Outdoorsman and Tina's Range Gear can look at it as an opportunity for business growth...

But how will this help people cross Cerrillos Road?

This tunnel takes case or one of the four intersecting roads at the St. Francis and Cerrillos intersection. What about pedestrians and bikes that are on those sided of the roadway?

"However, the City Council last year discarded that plan and reallocated bond money to projects elsewhere in the city."

3.8 Million is a lot of money. How many people are using the Zia tunnel?[ohmy]

I do and so do many others. It beats playing dodgeball with some of Santa Fe's great drivers.[wink]