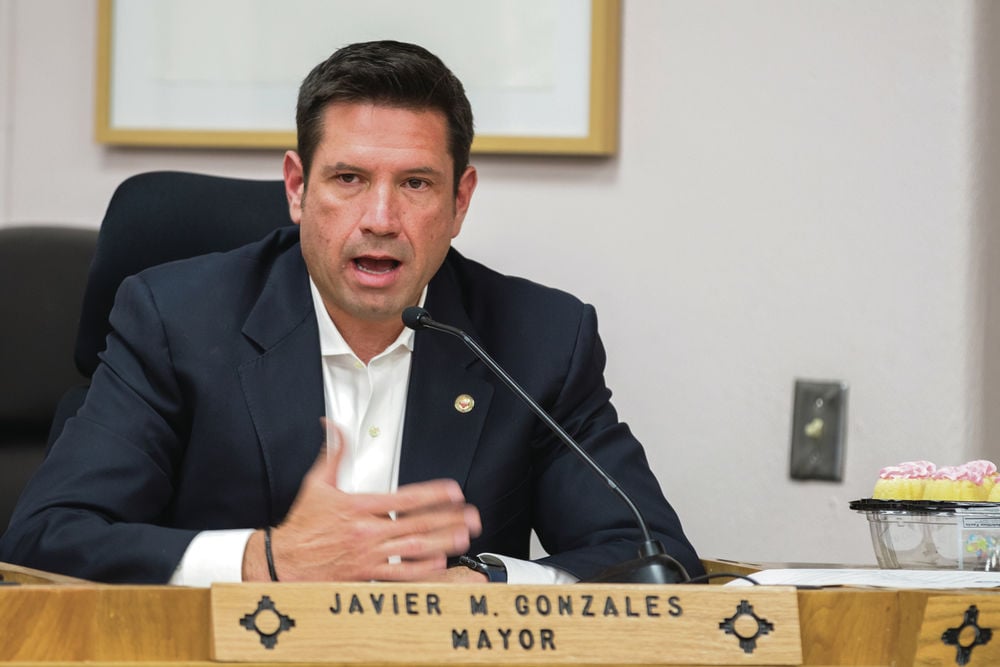 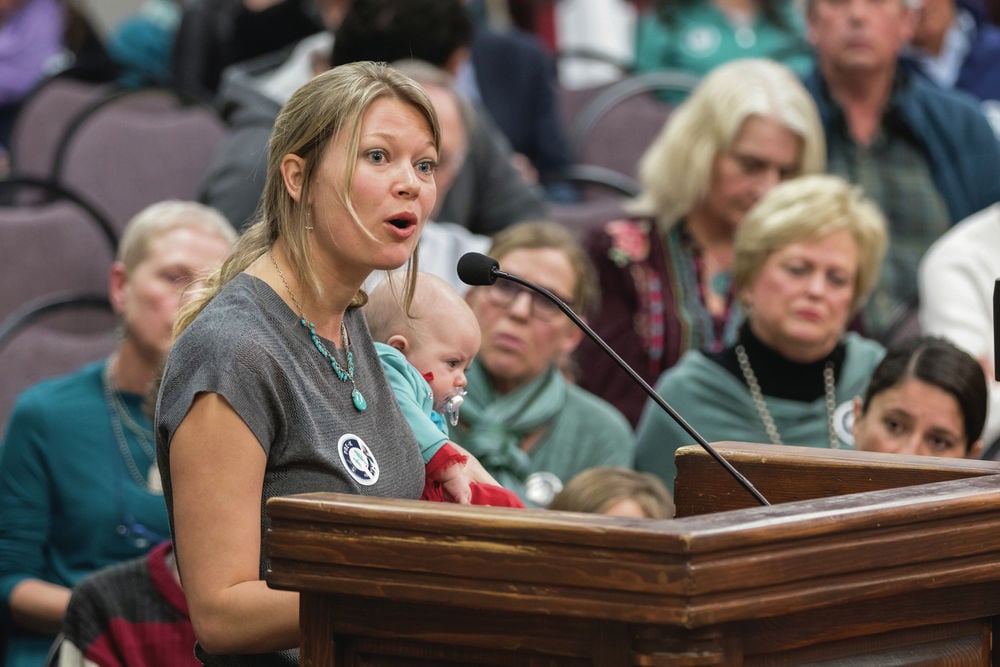 Meredy Talbot-Zorn holds her baby, Tierra, while speaking about a proposed tax on sugary drinks to fund pre-K programs in front of the Public Works Committee during a Monday meeting. Tsering Choney/For The New Mexican

Meredy Talbot-Zorn holds her baby, Tierra, while speaking about a proposed tax on sugary drinks to fund pre-K programs in front of the Public Works Committee during a Monday meeting. Tsering Choney/For The New Mexican

A proposal by Mayor Javier Gonzales to impose a tax on sodas and other sugar-sweetened beverages to raise money for early childhood education cleared another city committee Monday.

But the Public Works Committee vote wasn’t unanimous, illustrating a host of lingering questions and concerns — in addition to outright opposition — about a tax some say would hurt businesses and cost poor people the most. The proposal will be heard by three other city committees before a planned public hearing and City Council vote March 8.

The committee voted 3-1 to recommend approval after a public hearing that drew nearly two dozen speakers, most of whom urged councilors to support the initiative and put the question before voters in a special election in May.

The committee also approved a companion resolution to create an early childhood development commission and establish guidelines on how money would be distributed. The goal is to expand the number of high-quality pre-kindergarten programs for 3- and 4-year-olds.

“As a new mom, this hits close to home,” Meredy Talbot-Zorn said while holding her 5-month-old daughter, Tierra. “There was a study done … that showed that the poorest kids, by the time they’re 4 years old, are, on average, 18 months behind their peers. It’s this delay and this disparity that really has me standing up here tonight.”

Simon Brackley, president of the Santa Fe Chamber of Commerce, said the chamber “stands strongly” in support of investing in early childhood education but not the soda tax.

“If, as is reported, you have a $4.5 million surplus available, we would urge you to use that funding for a pilot project rather than adding additional taxes, which will not be a sustainable source of revenue,” he said.

Councilors on the committee discussed and debated the proposal for more than an hour.

In the end, Councilors Peter Ives, Chris Rivera and Renee Villarreal voted in favor of moving the proposal forward.

“If things remain as is, really the wealthy are the only people that will be able to take advantage of early childhood education,” Rivera said. “That’s just not acceptable.”

Councilor Ron Trujillo voted in opposition, saying the funding source isn’t sustainable because consumption of sugary beverages is expected to decrease under the proposed tax.

Councilor Joseph Maestas abstained from voting. He said he supports the initiative but had questions no one could answer Monday night. One question dealt with how taxes would be collected when multiple soda distributors are involved. Maestas called the rollout of the proposed tax “rocky and rushed.”

The proposal calls for a 2-cents-per-ounce tax on sodas and most sugar-sweetened drinks, including sugary drinks at Starbucks. The proposal was amended Monday to redefine a sugar-sweetened beverage as one that “contains one or more calorie sweeteners in excess of five grams per 12 liquid ounces.” The tax is expected to generate enough revenue to allow more than 1,000 3- and 4-year-olds to attend prekindergarten.