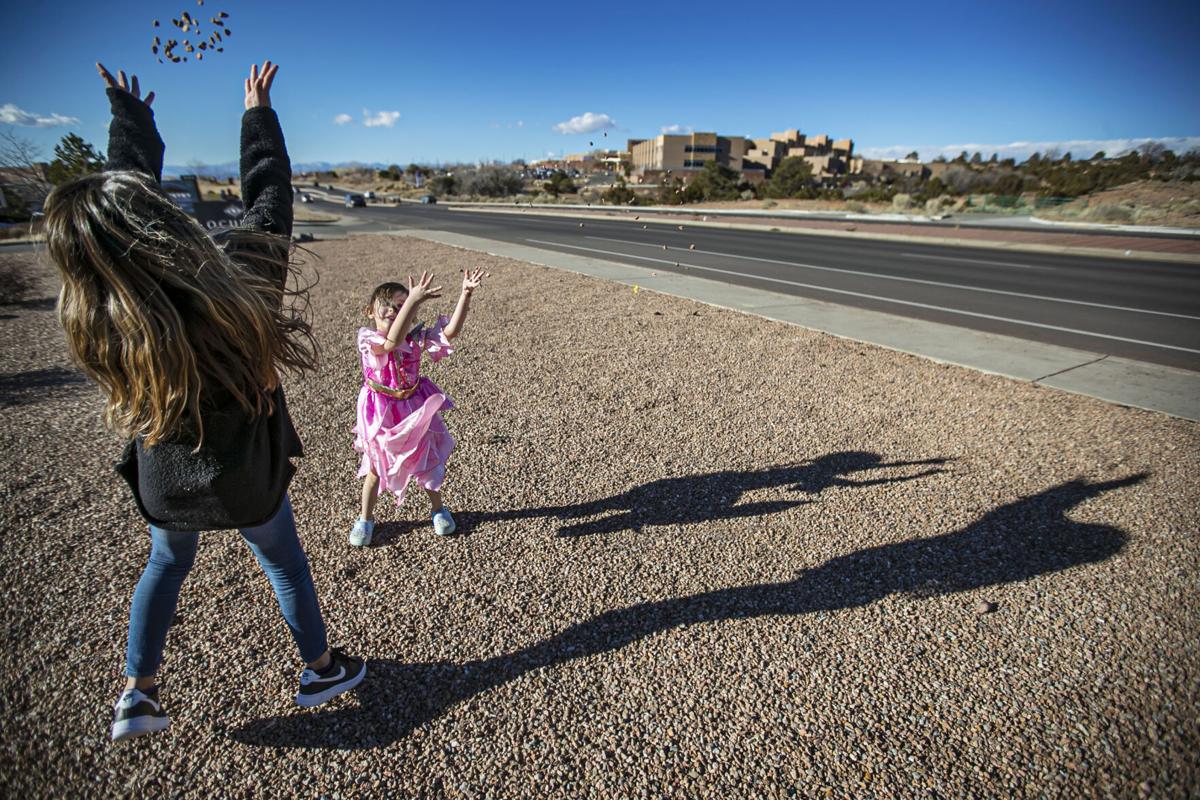 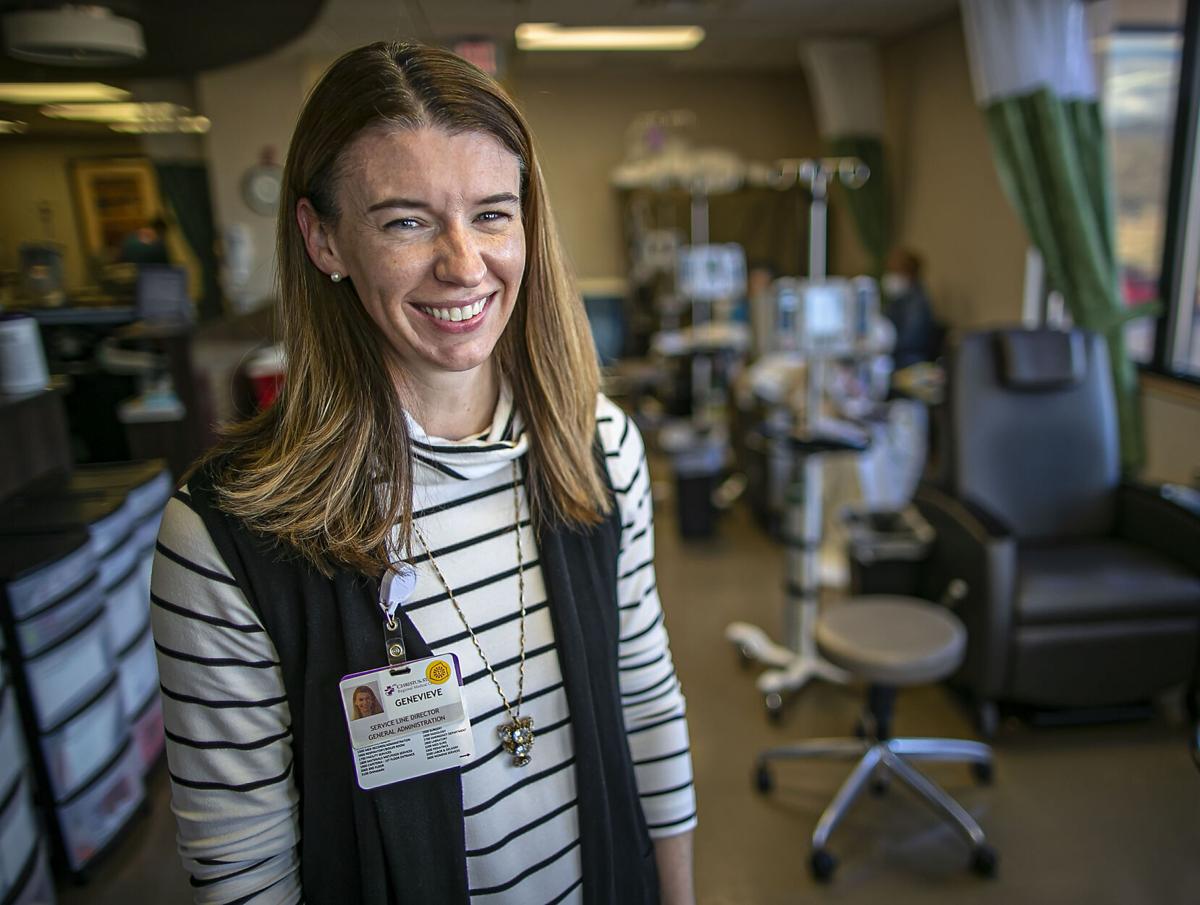 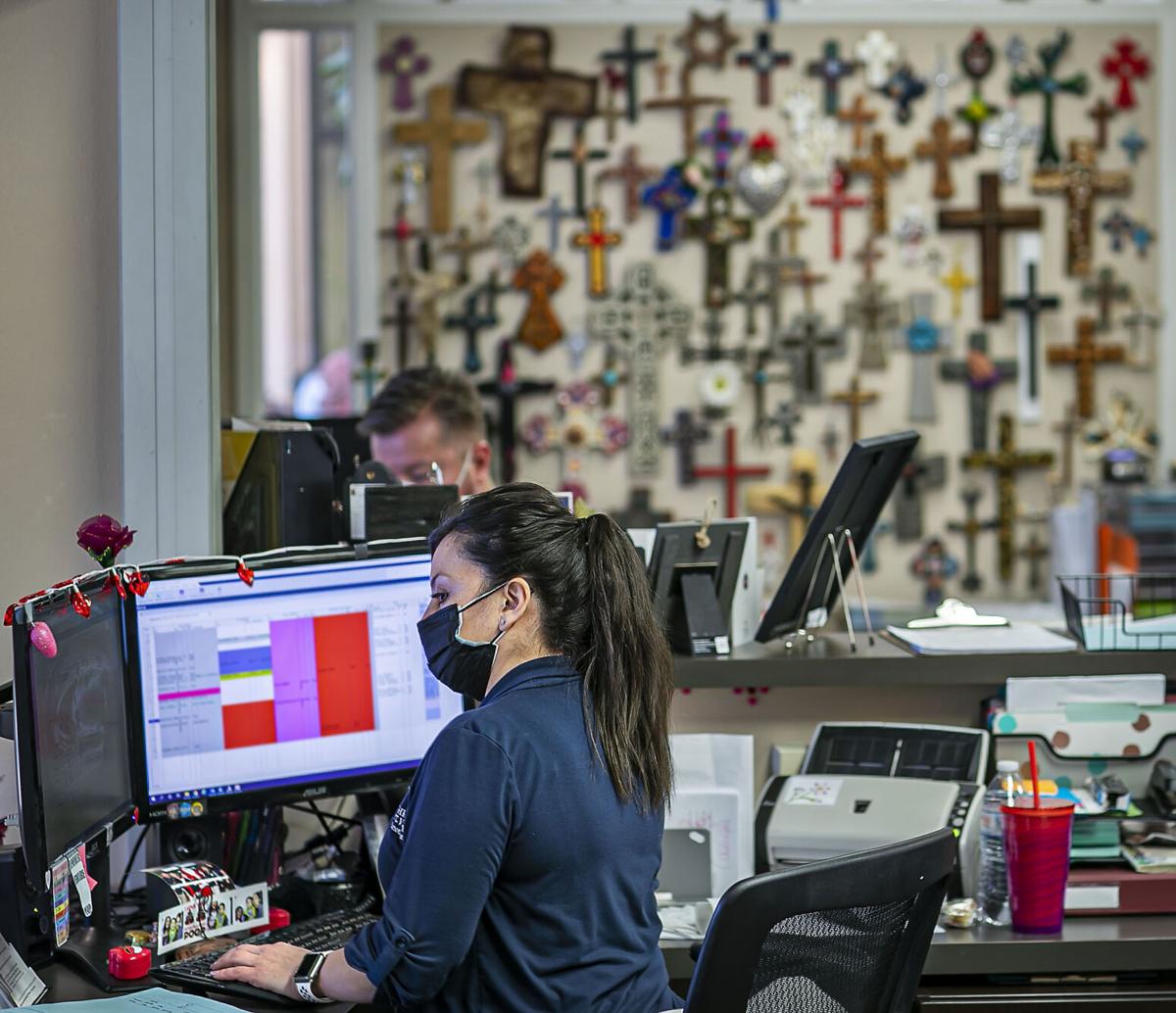 Calling the decision one of the biggest in the hospital’s long history, officials said a two-story, approximately 72,000-square-foot building on Christus St. Vincent’s main campus will meet the demand of a population that is living longer — and will require more cancer care.

Lillian Montoya, Christus president and CEO, said her emergency department treats up to 50,000 patients a year while the hospital sees 36,000 to 40,000 patients annually for cancer care. The demand for cancer-related services, therefore, is great, Montoya said.

“We’ve started to burst at the seams a little bit,” said Dr. Andrea Teague, a cancer specialist with Christus. “Over the past year or two, we’ve had more and more patients.”

Teague and Genevieve Tarnow, director of the Christus Cancer Center, said there is nothing environmental or unusual that has increased the region’s need for cancer care. While New Mexico sees somewhat more than its share of skin and liver cancers, overall statistics aren’t out of whack, they said.

But they noted people live longer today, and physicians treat many maladies, including cancer, with more success. That makes living with cancer more common and increases the number of people with the disease.

With an aging population, Teague said, up to 1 in 3 people will have a bout with cancer.

Dr. David Gonzales, chief medical officer for Christus, said, “We’ve also got to remember that we are the cancer center for Northern New Mexico.”

Christus handles most of its cancer care in a 45,000-square-foot center off Zia Road near Albertsons Market.

Montoya said executives haven’t decided whether to build the center off Hospital Drive or St. Michael’s Drive, but either way it will be at the main campus on 455

St. Michael’s Drive. No decision has been made on whether the cancer center will be physically connected to the hospital.

She said hospital representatives will hold early neighborhood notification meetings next month. They expect to break ground in six months and finish about March 2024, she said.

Montoya envisions a building with plenty of natural light, art and landscaping. It has to be a comfortable place for patients and family members, she said, because fighting cancer can be a lonely task.

The center will be about far more than bricks and mortar, she said. It will involve staffers and doctors who put people at ease as they face this challenge, Montoya said, adding, “I want people to feel loved.”

Montoya said she will recruit more doctors and staffers for the bigger cancer building, although she didn’t know how many more. The data suggests Christus needs a 65,000-square-foot facility, but the plans calls for 6,000 or 7,000 additional square feet for growth and flexibility.

In a historical context, Montoya said the expansion of cancer services will rival Christus St. Vincent’s recent expansions and a groundbreaking partnership with the Mayo Clinic.

Here is my story. grateful

My wife was diagnosed with a cancer, ( before i learnt of Rick Simpsons oil

/ RSO ) the hospital said to do chemotherapy and radiotherapy.. she did..

and went through a lot.. but no cure, after a while the doctors said the

cancer was spreading and we could look for alternatives.. i searched the

internet and found out about the oil.. asked a lot of questions.. watched

the videos etc.. we made the oil our selves but it couldn't just work out

we were doing more harm than good and the cancer was still there spreading,

immediately copied the email address on the website: i wrote to the very email

on the website: naturalricksimpsoncannabisoil.com and in an hour later i

got a reply back asking me some few questions, and enlightened me on how to

the medication oil got to us. immediately my wife started using the oil, it

been two months now, since my wife has been using the medication oil and

the cancerous problems are gone this very fact was clarified by the doctor.

Mr. Ortiz has a point that nutrition and lifestyle choices are important components of health. However, those lifestyle choices may affect the number one killer, cardiovascular disease more than the number two killer, cancer. Cancer is exceedingly complex and there are a lot of other factors involved in cancer besides staying fit and eating right. Cancer treatment has gotten a lot better with breast cancer, prostate cancer and lung cancer. More people are surviving those diseases and the decrease in smoking has resulted in a decrease in lung cancer, but, most smokers still die of cardiovascular disease. Some cancers like pancreatic cancer still have a high mortality rate because it often stays hidden until it is too big to fix surgically and it is resistant to chemotherapy. For a fascinating history of cancer from the ancients until about 10 years ago I recommend reading "The Emperor of All Maladies: A Biography of Cancer" by Siddartha Mukherjee. It's only shortcoming is that the incredible strides with cancer in the last 10 years are not part of this book. Christus St. Vincent is to be applauded in their efforts to tackle this tough and expensive problem. I am not affiliated with Christus.

All the prevention measures in the world will not stop some people from becoming ill and many live long and productive happy lives after treatment - today’s cancer treatments are remarkably successful- how about some compassion, people? Judgement may make you feel superior, but it certainly doesn’t help any else. By the way, “most people will die eventually” is not a reason to withhold treatment - it’s sadism.

Prevention that focuses on nutrition and lifestyle choices, the culprits of cancer. What good does it do seeing our community members suffering with cancer and it’s treatment. We want to see people living healthy and happy. Let’s stop the lines at Dunkin’ and Starbucks, get rid of the sugary diets. Let’s get people on walking trails, the parks, see some sunshine to stop the depression and anxiety. Get people pedometers and fitness apps to track goals and progress. I think most people want to be loved while being healthy, not sick.

The good it does is to save lives. I sincerely hope you never have enough first hand knowledge of what you are saying to suffer the sorrow.

How about a cancer prevention center? Let’s focus on prevention, not treatment. Most will die with treatment.