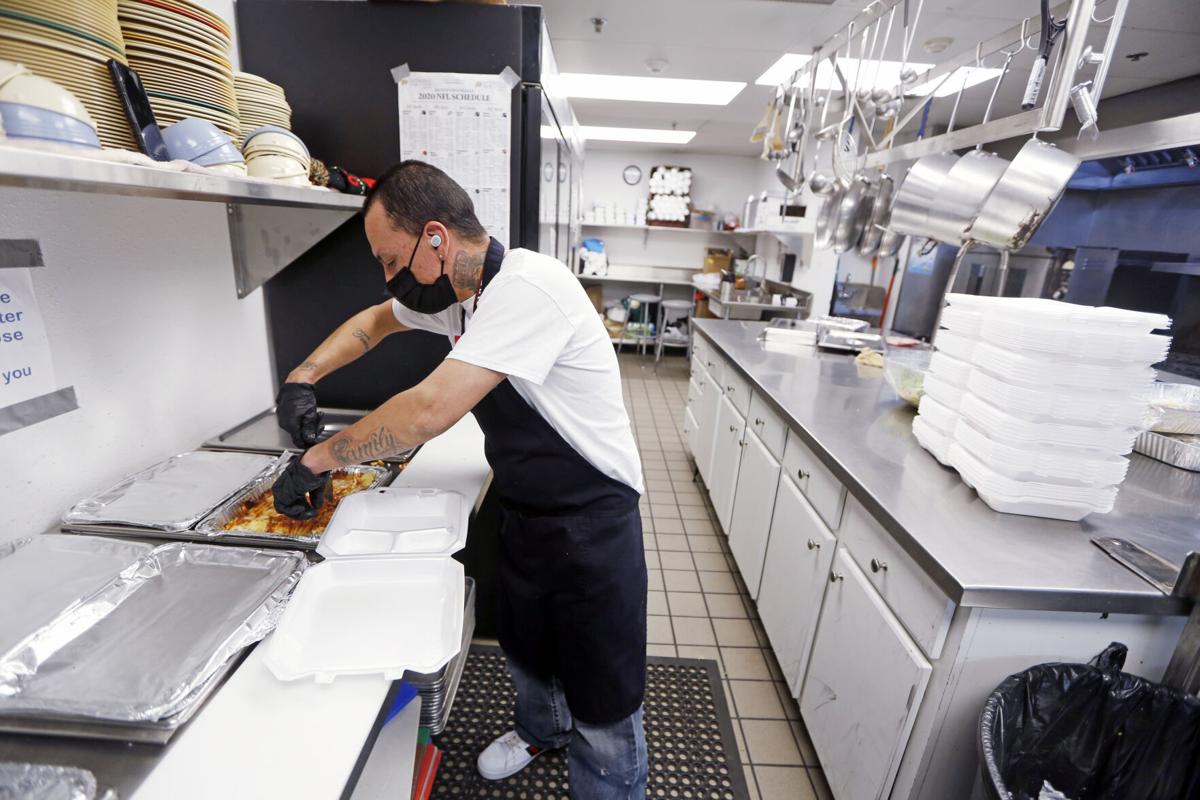 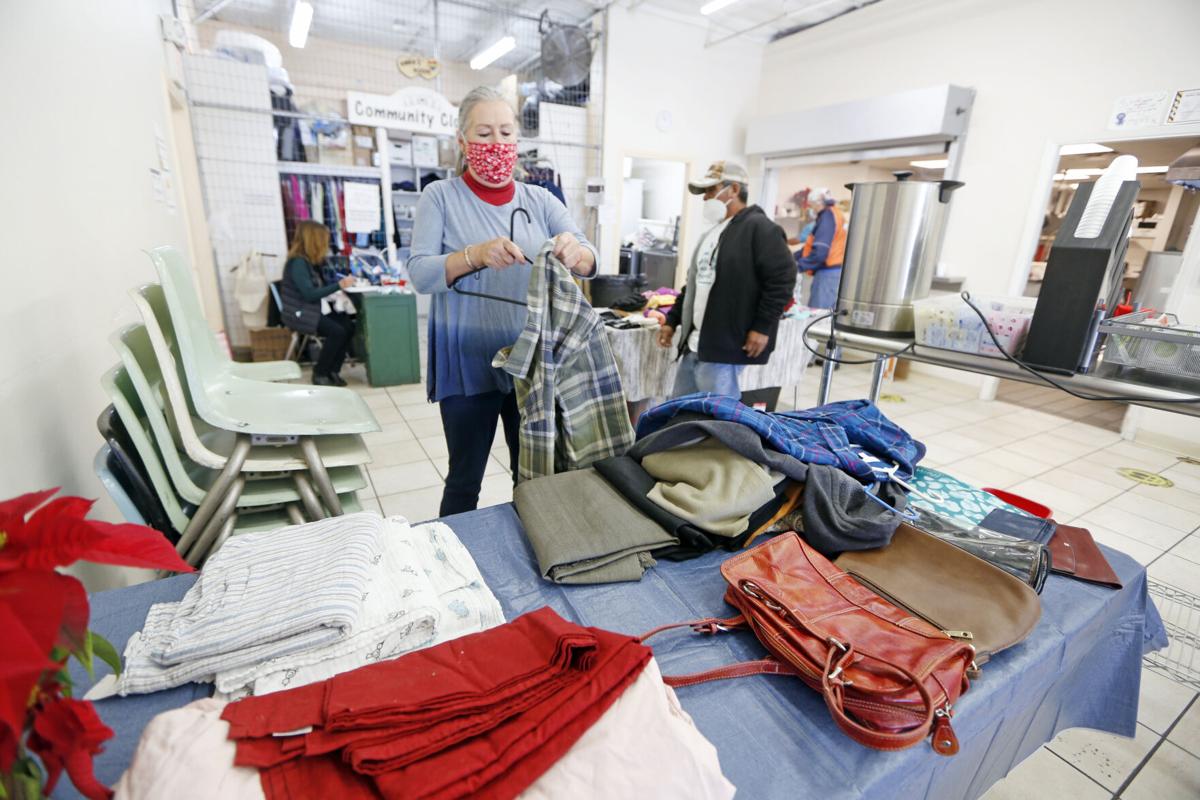 Joe Jordan-Berenis saw the power of generosity in the eyes of his volunteers.

With the holidays approaching, Jordan-Berenis recounted how a pair of volunteers broke down in tears when someone came to Interfaith Community Shelter at Pete’s Place to donate new coats and gloves. The moment underscored what the executive director of the shelter called the “silver lining” in the brooding COVID-19 cloud that hangs over the world.

“It has been an extraordinary year [of donations],” Jordan-Berenis said. “People are recognizing the need, and they are being so generous.”

Stories of such charity seemed to echo throughout Santa Fe and Northern New Mexico this Christmas, and examples are everywhere.

And that’s just the start. Other nonprofits and holiday drives are reporting better-than-expected donations in their holiday campaigns.

But while charity is on the rise, so is demand. The state’s unemployment rate in November was 7.5 percent — almost 3 percent higher than it was at this point in 2019, and Dixon said other families are struggling with pay cuts, fewer hours and the loss of jobs they normally rely on to supplement income.

The people charitable organizations and other groups serve are not looking for a big spread for the holidays, Dixon said.

“They’re showing up to have beans and rice, or pasta and spaghetti sauce,” Dixon said. “This is about weekly sustainability for families.”

Dixon said The Food Depot’s last two drive-thru distribution events accommodated more than 8,300 people but paled in comparison to what she saw the Saturday before Thanksgiving. She said cars lined up almost two hours prior to its 9 a.m. start, which caught Dixon by surprise. It took volunteers almost four hours to cater to 5,000 families, though they stopped lining up vehicles at 11 a.m.

“I’m used to this stuff, but I just burst into tears,” Dixon said. “It was like nothing I have ever seen.”

Jones said the Northern New Mexico Toy Drive, which Exit Realty Advantage NM took over for the Santa Fe Fire Department this year, normally serves the children in the Santa Fe area. However, the abundance of donations allowed the drive to reach as far north as Taos and as far south as Santo Domingo and Jemez pueblos. She said a family from Cuba, N.M., reached out to the office Wednesday, and they came by to pick out a few toys for their kids.

Jones said the toy drive received large donations from businesses such as Zia Credit Union, Century Bank and Title Guaranty, but the bulk of the toys and money came from the general public.

“People just came out of the woodwork,” Jones said. “Big corporations are really helpful, but it was people who sent a $20 toy or a $20 donation or gift card. Those are what really put us over the top — just people doing one small thing.”

Sometimes, all it took was one big day. Santa Fe High head football coach Andrew Martinez said the program was inundated with donations, both big and small, when they met one last time Sunday in the parking lot of the Regal Santa Fe Stadium 14 theater parking lot. He said cars of people with clothing, coats, food and money lined up for the hour they worked and kept showing up after they were done.

Martinez said when a member of the Santa Fe Public Schools Board of Education asked him Monday if he still had a ham or a turkey leftover from the drive to donate to a family in need, he arranged to have it delivered.

“Just to see how you are making that difference in somebody’s Christmas, it’s really humbling,” Martinez said. “Everybody has been real nice and grateful and thankful, and that is really what you’re trying to do.”

Jordan-Berenis said public support has helped offset the loss of volunteers Pete’s Place suffered when the coronavirus pandemic hit the state in March. Many of the regulars are retirees or older people who are trying to be safe, but a younger group of volunteers stepped in to help fill those voids.

When the shelter received about $235,000 in CARES Act funding from the county and city government to help distribute to the community, Jordan-Berenis said he wasn’t sure if it could help enough families. That money was gone by mid-December, but it allowed people to catch up on rent and utilities.

“It really has been an eye-opener in many ways,” Jordan-Berenis said. “I don’t know if people see what is happening because it’s not in your face. These people are in their apartments and they’re stable for the most part, but they can’t pay rent or utilities.”

The shelter also received help in occasional food donations from local restaurants, which took some of the pressure off of the shelter to prepare meals for people. Jordan-Berenis also said clothing and coats people dropped off have been helpful for the people who visit to take a shower or stay the night.

Despite all of the public’s generosity, charity and nonprofit leaders caution the demand on their services won’t stop once the holiday season ends. Dixon said people and families will continue to need help with food, clothing and money for the next 18 to 24 months, even as the distribution of coronavirus vaccines offers hope that a sense of normalcy is on the horizon.

She said many organizations have surpluses that will help them through the early part of 2021, but they can’t rest on that.

“There are generous people in every corner of our community,” Dixon said. “We see you and we’re grateful for you. It makes this work possible through our positive messaging and financial contribution. And we’re going to need you to keep caring and keep sharing.

“We gotta take it one bite at a time, just one bite.”