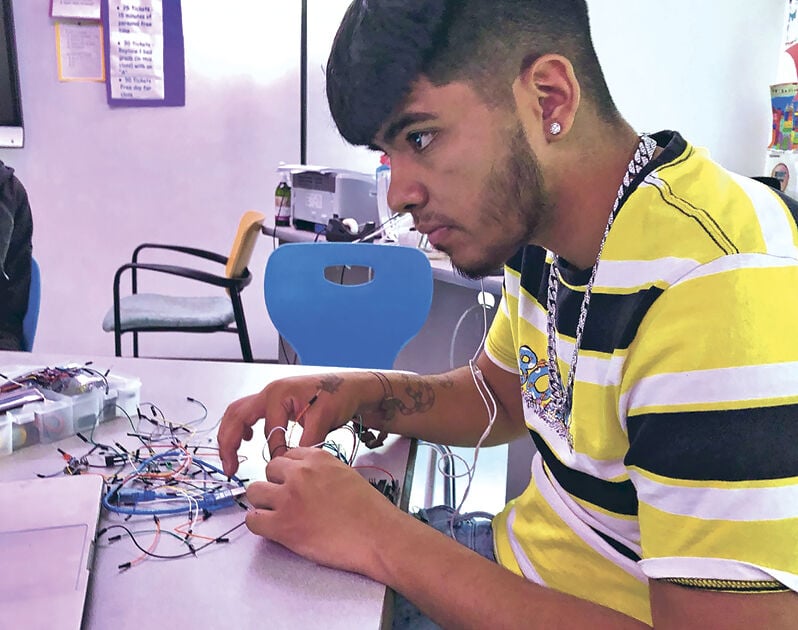 Capital High senior Ivan Perez, identified by Santa Fe Public Schools as Ivan Armando Perez Chumacero, was shot and killed in July 2020 in the parking lot of the Bluffs at Tierra Contenta apartments. 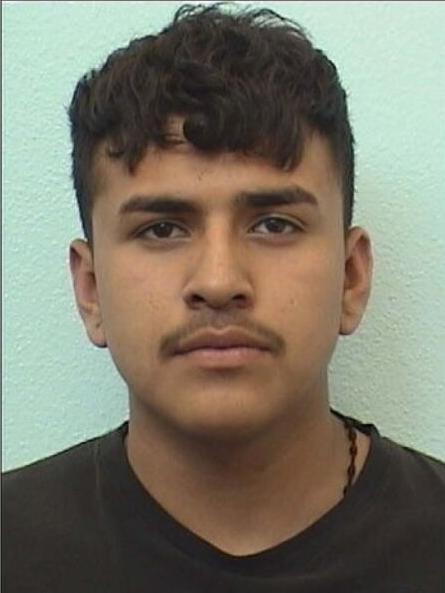 Lack of evidence prompted state prosecutors to dismiss charges against Mario Guizar-Anchondo, 18, who is accused of shooting and killing 17-year-old Ivan Perez in July 2020 and wounding another teen, a court document says.

In a motion filed Tuesday, prosecutors said the District Attorney’s Office “determined that the case must go back to the investigating agency for further review and follow up to include laboratory analysis of evidence, execution of search warrants on collected items of evidence and interviewing of possible eye witnesses.”

Guizar-Anchondo, who was set to face trial in October, faced counts of first-degree murder and aggravated battery. The case against him remains open, and the state could refile the charges.

Santa Fe police led the investigation into the fatal shooting, which occurred after two groups of teens were fighting in the parking lot of a south-side apartment complex, court records show. Witnesses reported seeing a brief confrontation between Perez and a member of an opposing “gang” before shots rang out and Perez fell to the ground.

Hernandez was one of two witnesses who later would identify Guizar-Anchondo as the shooter. However, his defense attorney, Sheri A. Raphaelson, argued in May the circumstances leading to the teen’s identification as the gunman were flawed and unlawful.

“[Hernandez] had no independent knowledge of what Mario looked like but had been told that the person in the videos was Mario,” she wrote in a motion asking a state district judge to suppress evidence in the case.

Hernandez also told police he was unable to see more than the suspect’s ears and eyes, Raphaelson added.

The second witness was another teen involved in the parking lot fight who told police he had turned to see Perez fall to the ground, according to the motion.

Raphaelson argued the teens’ identification of Guizar-Anchondo from a photograph shown to them by police did not comply with protocols of eyewitness identification.

“The manner in which the photo lineup was conducted was unnecessarily suggestive and conductive to misinformation,” the motion said.

Raphaelson declined to comment Wednesday on the dismissal of the charges against Guizar-Anchondo, who was released from the San Juan County Juvenile Detention Center on electronic monitoring July 29, court records show.

This is ridiculous! That piece of s*** is guilty period! Both of those boys that id'd him when it happened knew exactly what he looked like then and now! The videos that they are talking about show exactly who the shooter is! So for this to be swept under the table goes deeper than u think...This Judge is DIRTY and someone in that prosecuters office is too! Take a look at it!

So it looks like a murderer may walk because of a screwup at SFPD. Did an investigator there fail to follow established policy as far as the photo lineup process? If so, will that person be held accountable? Will those in his/her chain of command be held accountable?

What recourse does the victim's family have if this was indeed, a "human error"?

Will SFPD diligently pursue this investigation to get justice for the family and victim? Lots of unanswered questions.

And we wonder why the crime rate among our youth is so high. Keep letting these thugs off the hook, they now know how to beat the system and will take another innocent life. Good job SFPD. Good job justice system. (sarcasm)

We have rules of evidence in order to keep innocent people from being convicted of crimes. If you are among the innocent you should be happy that some officious intermeddler can't convict you without lawful evidence.

In this column and another regarding the trial for the person accused of killing JB White, the SFNM refers to the prosecutors actions as "filing a motion" or "requesting dismissal" and that is incorrect. The District Attorney filed a Nolle Prosequi which is notice to the court that the prosecution is abandoning the charges. The court does not have the ability to accept, reject, or otherwise act on a Nolle Prosequi.

So once again a violent offender is likely to go free because the crack team at SFPD can't properly collect evidence. This is after other dropped violent felonies and millions in taxpayer money spent to clean up an evidence room that looks like your uncle's garage. How many villains will we let run free before we demand more change in leadership at the police department? Will you wait 4 hours for them to show up after your home is invaded? Or will you demand change from the politicians running for office, who appoint the chief, before you're the victim of their incompetence?

Whether it is murder, DWI, vandalism, or traffic infractions, SFPD cannot be counted on to do their part. The number of dismissals because of the failure to act by SFPD must be addressed. The citizens of Santa Fe have to demand accountability.

I wonder if a lawsuit against the city for failing to properly provide emergency services is in order.

Where is the legal requirement for a city to "provide emergency services"?