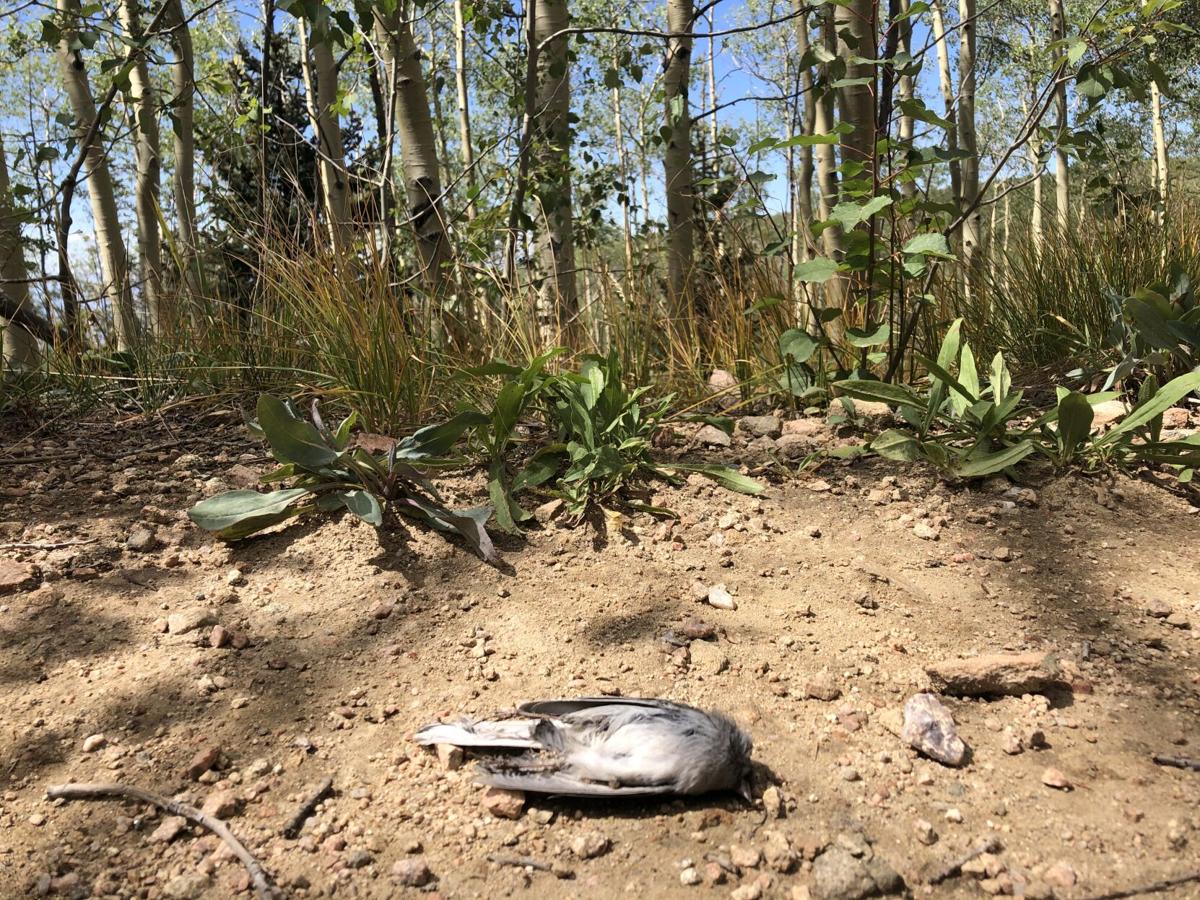 A dead bird was found Sunday on the Tesuque Creek Trail. Numerous die-offs have been reported statewide as officials look for a cause. 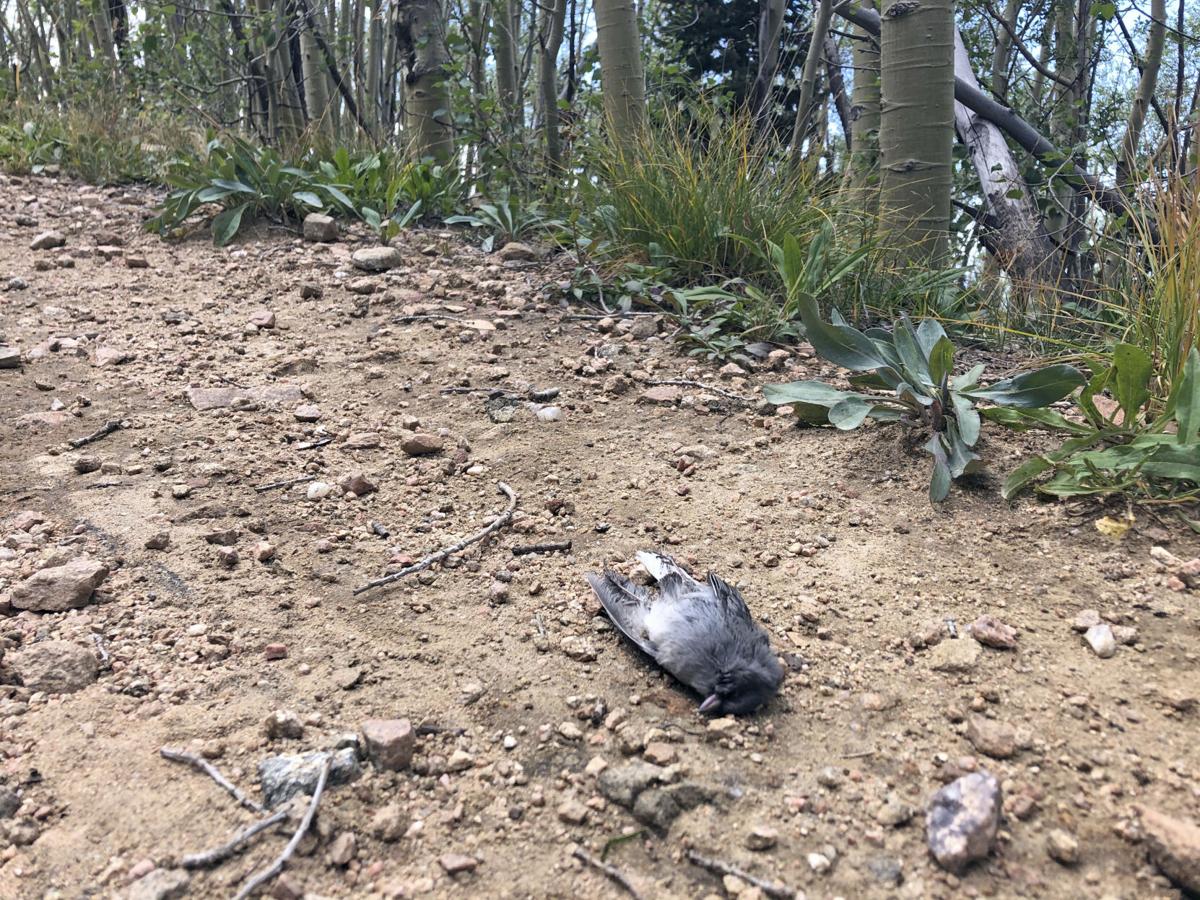 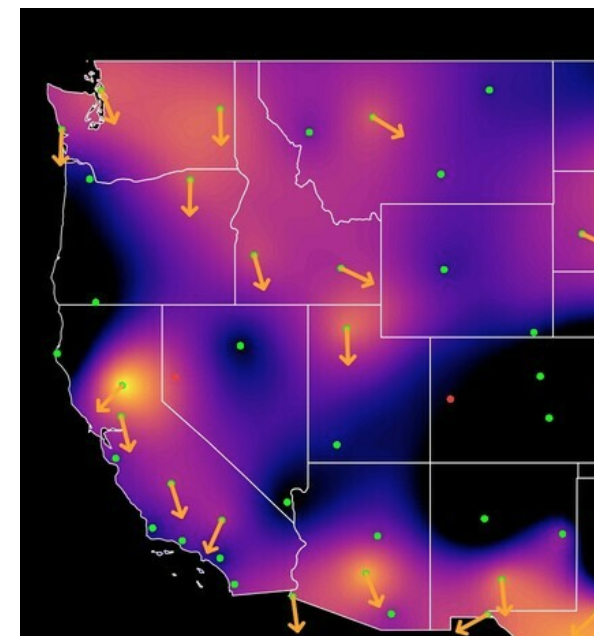 A dead bird was found Sunday on the Tesuque Creek Trail. Numerous die-offs have been reported statewide as officials look for a cause.

From Silver City to Taos, birds are dying.

The state Game & Fish Department said it has received reports from all corners of the state about an alarming number of bird deaths, but officials aren’t yet able to determine a cause nor estimate the scale.

“We started receiving calls a week ago on Tuesday the eighth and they haven’t really stopped since then from all across the state,” Game & Fish Department spokeswoman Tristanna Bickford said. “We can’t say any official cause at this time. That would be pure speculation.”

Wildfires could be changing migration timing or patterns and poisoning the air. The recent early freeze could have dampened feathers or killed off food sources.

The department’s Santa Fe-based biologists have been collecting samples and receiving others from the public over the past week. Bickford said the department will send samples to the National Wildlife Health Center on Wednesday for an examination that could take anywhere from two weeks and three months.

As officials await results, surveys of other Western states indicate what’s happening in New Mexico may be an abnormality.

“We are not seeing reports from biologist in neighboring states of similar mortality,” Bickford said. “We have to wait to get those results back to confirm with facts what happened.”

Hawks Aloft Inc. Executive Director Gail Garber said she thinks the common thread among the dead is they are insectivores. Both migratory birds and year-round local species, such as bluebirds in the Jemez Mountains, have been found dead.

Garber, who heads the Albuquerque-based avian conservation and research organization, also points to bird migration maps on Birdcast.info, a joint-venture between Cornell and Colorado State universities as well as the University of Massachusetts-Amherst, from Sept. 8-9. They show large numbers of birds leaving the Pacific Northwest and heading southeast toward Mexico through the Rocky Mountains, when they might normally fly due south over California.

Those dates correspond with record wildfires raging in Oregon and California as well as a cold front from Canada that brought historic low temperatures to much of New Mexico last week.

“I’ve seen it suggested that millions of birds have died,” she added. “At this point, [it] will take more research to determine what happened, but it seems like it could be a perfect storm of a couple factors.”

How you can help

If you find a bird that has died in the past 24 hours and would like to submit them for testing, the Game & Fish Department has issued these guidelines:

• Collect specimens in plastic baggies and include a paper note inside the bag with the date, location and species identification (if known).

• Tally the number of specimens collected per site – this will be used in its submission report to the National Wildlife Health Center.

• Double bag the specimen and store it in the freezer.

Most of the “Game” & Fish budget comes from license monies, and some argue their responsibilities should be limited to game species and trappers, hunters, fishermen, and ranchers. Bird watchers, wildlife lovers and other non-consumptive interests have no standing. It will be interesting to see how this plays with the state’s outdoor tourism plans. Most folks will probably be coming here for outdoor fun other than trapping, hunting or shooting.

Hundreds of birds died the same, on early 5G evaluation tests on the Netherlands.

Birds are very sensible to air quality. The fires from the West are spreading a plume of smoke that is reaching the East cost. Migrating birds fly high and are exposed to the toxic air we have right now. I'd start by looking at that condition.

The Dept of Game and Fish receives unto amounts of money in federal funding for bird biologists. Where is the department putting that money? Does the dept have a bird biologist or two to look into this? Why didn't the department allow the biologists to speak instead of a hired talking head? Why isn't the DOJ looking at how the department is spending their federal grant money?

I live in El Paso, but I have seen the same patterns here. Small birds, sampler than a house finch, in numbers I have not seen before and species I have not seen before. They are hunting for bugs or food in my back yard. When I walk my dogs I see their squashed bodies on the roads. I have seen few swallows for months and Great Horned Owls haven't returned for a few years. Then I saw a similar story last night in the Albuquerque Journal about this alarm from NMSU. This is something to be watched and the Audubon Society needs to be involved.

This is alarming at best. The Donald Trump administration has tried to end federal protection for all birds in their broad attack on ALL federal environmental laws. We have a treaty with other countries to protect birds (Migratory Bird Treaty Protection Act) and Donald Trump has ended those protections to appease the oil industry. The courts are reviewing this legal vandalism. We need a new president.

Thanks for stating this Tom. That such merciless vandalism is considered legal is itself a crime. The public is not hearing enough. It's not enough to lament the loss in this devastating planetary inferno. We need to recognize who is wielding the blowtorch with such gleeful abandon.