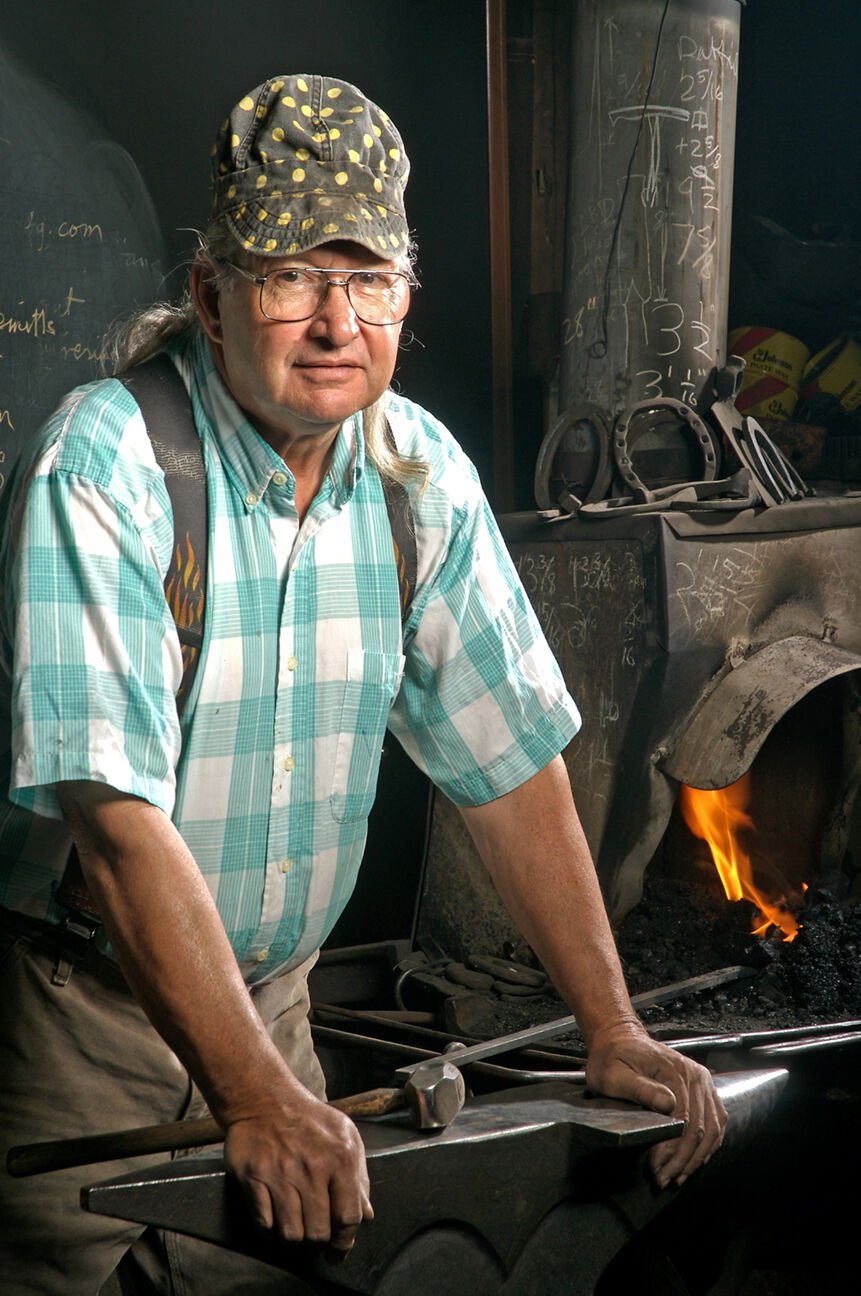 Frank Turley in his shop. 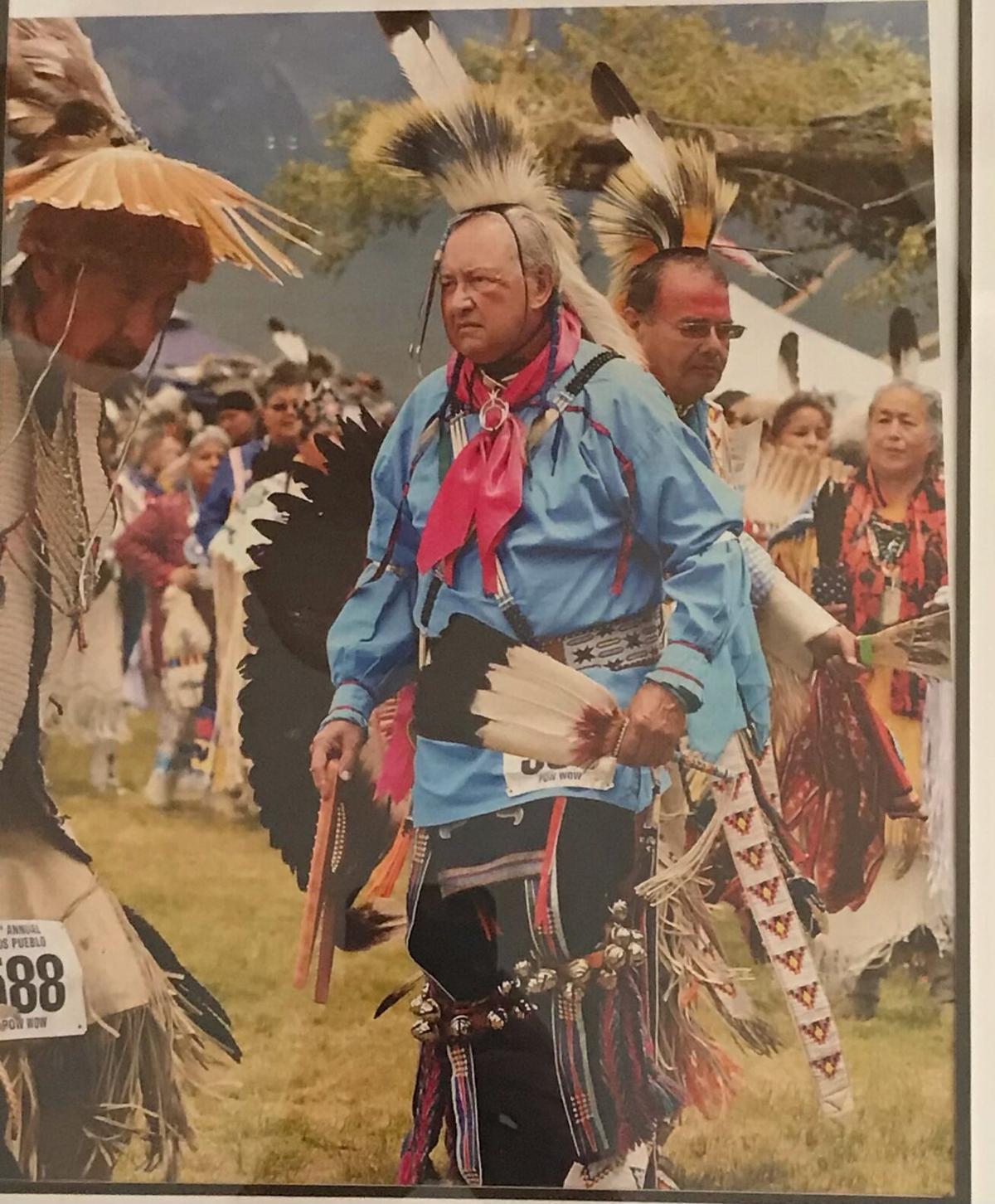 Franky Turley dancing at a powwow.

Frank Turley in his shop.

Franky Turley dancing at a powwow.

Nobody wrought beauty from iron or performed the Straight Dance like Frank Turley.

The longtime Santa Fe blacksmith, who had a timeless style and was a fixture at powwows across the West, died Saturday at 84 from COVID-19, which he contracted during an outbreak at a nursing home in Taos. He was one of seven people at the Taos Living Center who have died from the illness.

An administrator at the facility said 44 patients and 37 staff members became infected by the virus in an outbreak that began in late October.

Turley, who had Parkinson’s disease, was recovering from pneumonia when he entered the facility in July 2019. Before the coronavirus pandemic, his wife, Juanita Marcus Turley of Taos Pueblo, visited every day.

“We first met at the Gallup [Inter-Tribal] Indian Ceremonial in 1950,” his widow said in a phone interview. Decades later, the pair reconnected at the DeVargas Center in Santa Fe. They were both divorced at the time and shopping with their kids.

Turley left a job in insurance in California to start his career in metal as a farrier there in the early 1960s. He later learned to blacksmith in Española before setting up shop — and the Turley Forge Blacksmithing School — in Santa Fe in 1969.

He insisted on making his own tools and using a coal-fired forge instead of gas at the school, which drew thousands of people from across the world to a unique education in a time when the craft was reemerging as a creative hobby.

Doug Hendrickson, a blacksmith known nationally as “Dr. Iron,” told The New Mexican in 2006 Turley “personally has had his finger in the rebirth of blacksmithing. He was the place to go to learn.”

Throughout his career, Turley traveled the country restoring classic ironwork and teaching. He also traveled to Ireland and Italy to study other artists.

He received the Alex Bealer Award from the Artist Blacksmith Association of North America in 1982 and 2019, making him the only blacksmith with two of the honors. His last visit to his shop was for a celebration of the second award, an event that drew over 100 family, friends and blacksmiths.

“As a blacksmith, he would never step on hammers in his shop. The same went for dancing,” said his son, Marc Turley, a Santa Fe High School graduate who now lives in Oregon. “A functional flow, a harmonious motion was tied into everything he did.”

Patricia Michaels said she recalled that day at the mall when her mother and Turley had an encounter.

“I was in fourth grade,” she said. “I was so terrified. Like, who is this man who is flirting with my mom and asking how she’s doing and saying she looks beautiful?

“And he looked a little down and out,” she added.

Patricia Michaels, who finished second on Season 11 of the popular TV fashion competition Project Runway, said she remembers wandering into Turley’s studio shortly after that meeting.

“He was bending these beautiful leaves into a metal rose,” she said. “Then he goes, ‘Isn’t that beautiful? It’s for your mother.’’ I remember thinking, ‘If he can do that with iron, then I sure can do anything with silk.’ ”

Patricia Michaels said her stepfather, who was white, was adopted into the Ponca Hethu’shka Society, a famous dance circle, by the family of Della Warrior, a former president of the Institute of American Indian Arts. He performed the Straight Dance — a style from what is now Oklahoma.

He kept teaching blacksmith classes part time through May 2019 and last attended a powwow in Taos Pueblo in July 2019.

That same month, he checked into the nursing home.

The state Department of Health has identified at least one positive COVID-19 case in residents or staff in the past 28 days at 106 long-term care facilities across the state, including seven in Santa Fe, according to data released Tuesday.

“They were asymptomatic, so we surveillance-tested,” Armijo said.

But, he added, “once it’s in the building, it’s difficult to stop the spread.”

Armijo said the nursing home alerted family members of residents with confirmed cases of the virus but did not have the resources to alert every family about the outbreak.

Kathleen Michaels said she found out about the outbreak from a nephew.

The family learned of his infection only 65 minutes before his death, she said.

Jaunita Marcus Turley said that during her last visit to the nursing home, she and her husband sang a “Hethu’shka medicine song.”

He will be buried dressed head to toe his Straight Dance powwow regalia.

I am just now learning about Frank’s passing. This is extremely sad, because my husband knew his wife’s family, and we have danced with them at powwows. He had a twinkle in his eye and that sly smile when he would look at his wife and they were just the cutest couple. They always danced together at powwows. He would look admiringly at her as she was dancing in her contests, whether it was at the Gathering of Nations, Taos Powwow, or small local dances. And when he danced in his contest, she would stand and dance on the side, expressing her joy at seeing him dance with a lulu, a sound women make when the want to show their happiness. He was a great straight dancer, like the old dancers back in Oklahoma, and well-respected in the dance arena - I know, because I come from a war dance tribe and my male relatives and my sons are straight dancers. The world is a little less bright at his passing. Rest In Peace, old friend.

A great Blacksmith and a wonderful person, he will be missed by everyone who knew him....When I hear thunder and see lightning I'll think of him pounding hot metal in heaven.

Such a lovely sentiment. I did not know Mr. Turley but this obituary brought me to tears. Such a loss for the world.