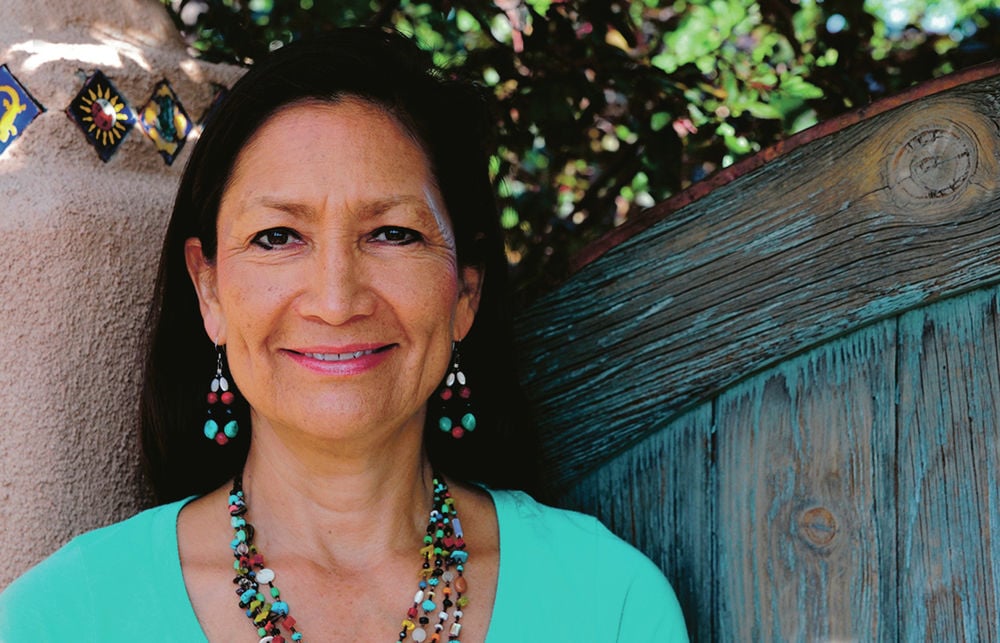 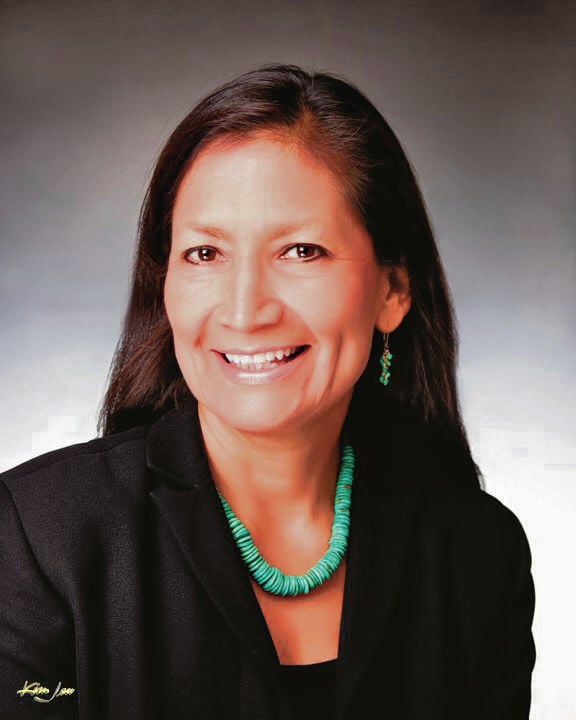 The state Republican Party on Tuesday joined a group of former Democratic presidential candidate Bernie Sanders’ supporters in calling for New Mexico Democratic Party Chairwoman Debra Haaland to resign on the grounds that during the nominating process she improperly showed favoritism toward the party’s eventual nominee, Hillary Clinton.

A group of Sanders supporters at a party-sponsored dinner last weekend in Albuquerque presented Democratic Party officials with a petition signed by five of the 410 members of the Democratic Party’s State Central Committee.

The petition alleges that Haaland violated party rules when she canceled a straw poll for presidential candidates at the Democrats’ pre-primary convention nearly seven months ago because so many Sanders supporters had showed up at the March 12 event.

“This action advanced the cause of Hillary Clinton, destroying democratic process,” said the petition, which asserted that Haaland also should be removed for unspecified “nonfeasance.”

Though Sanders himself has endorsed Clinton, many of his supporters in New Mexico and elsewhere still harbor bitter feelings toward Clinton and the Democratic Party establishment.

State Republicans on Tuesday expressed solidarity with the Sanders supporters with regard to complaints about Haaland.

“Much like Debbie Wasserman Schultz and the [Democratic National Committee], Haaland’s and the [state Democratic Party] establishment’s bias toward Clinton was clear throughout the primary,” GOP spokesman Tucker Keene said in a news release. “Haaland broke party rules to shelter her favored candidate from the embarrassment of losing a straw poll. The Sanders supporters in New Mexico, of which there were many, deserved the entire primary system to be fair, and neither candidate should have been given preference that may have affected the vote.”

Keene added, “Haaland previously came under fire for her bias toward Clinton back in June, when she and several other members of the [Democratic] establishment publicly endorsed Clinton while Sanders was still in the race, also against party rules and against the desires of nearly half of Democrat primary voters.”

Haaland and her vice chairman, Juan Sanchez, endorsed Clinton after the candidate won the New Mexico primary in June.

Democratic Party spokeswoman Felicia Salazar said, “It’s a shame that the Republican Party did not address the fact that they endorsed Donald Trump before New Mexico voters cast their votes in the primary.” The state GOP announced its Trump endorsement on the same night Trump secured the Republican nomination by winning the Indiana primary in May.

Salazar, in her response to questions about the conflict, directed her fire at the GOP, avoiding criticism of the Sanders supporters.

“New Mexico Republicans are clearly trying to mislead the public and distract from their continued support for a misogynistic and dangerous presidential candidate who brags about sexual assault. The primary ended months ago.”

Asked why the party had canceled the straw poll in May, Joe Kabourek, the party’s executive director, said Tuesday, “The straw poll raised rules concerns with respect to notice and integrity of the process.”

The Sanders supporters, in a news release about their petition, said the size of their contingent at the convention caused the party leaders to eliminate the poll.

“The poll had been officially announced twice by the [party] prior to the convention via email to its members and was initiated at the convention by the distribution of voting cards,” the news release said. “The poll was canceled arbitrarily and with no democratic process. …”

Asked why they waited so long to file the petition, Rusty Pearce of Las Cruces, who was a Sanders delegate at the Democratic National Convention, said a quorum of the party’s State Central Committee is needed to vote on removing an officer. “If we had done this before, it is very unlikely we could have got a quorum,” Pearce said. A meeting of the committee is scheduled for Oct. 23 in Silver City, so the Sanders group timed it so the issue would be considered at the mandatory meeting.

Contact Steve Terrell at 505-986-3037 or sterrell@sfnewmexican.com. Read his political blog at tinyurl.com/roundhouseroundup.