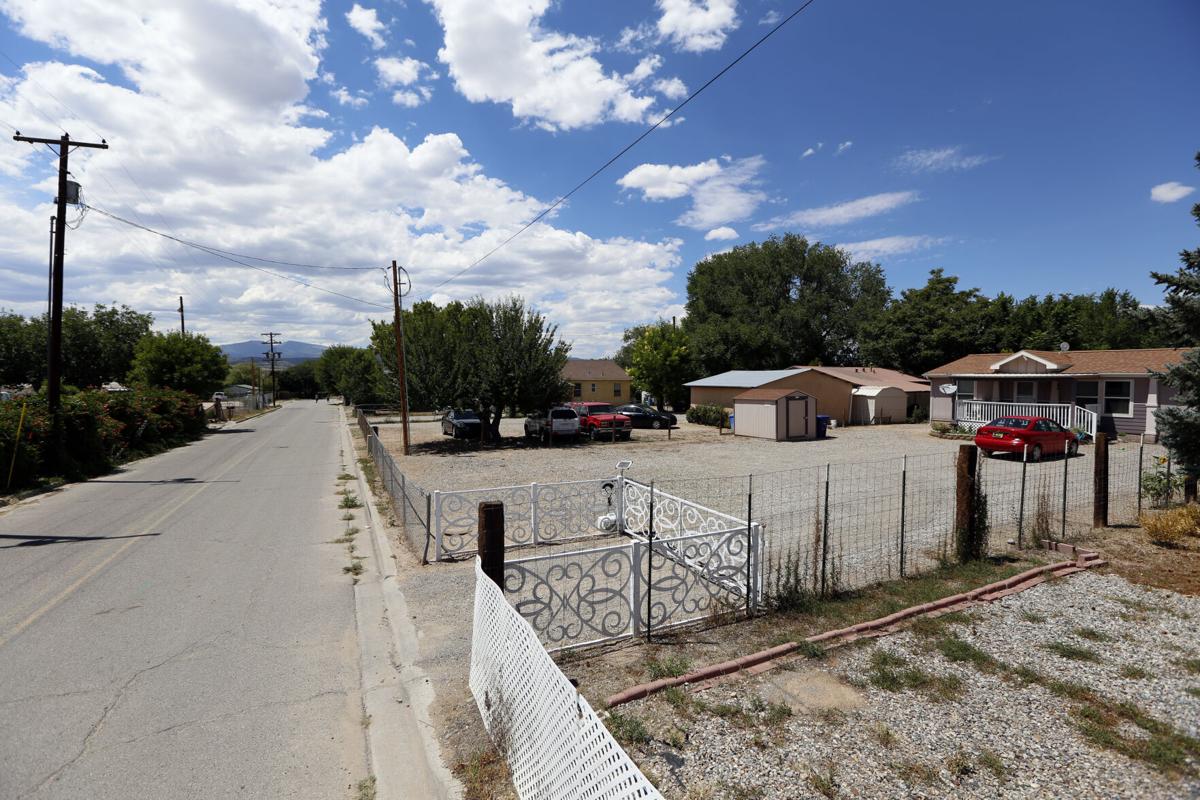 Neighbors of Ramon Montoya, whose Española home is pictured, had nothing to say about the man the FBI says is Lawrence Pusateri, wanted since 1974. 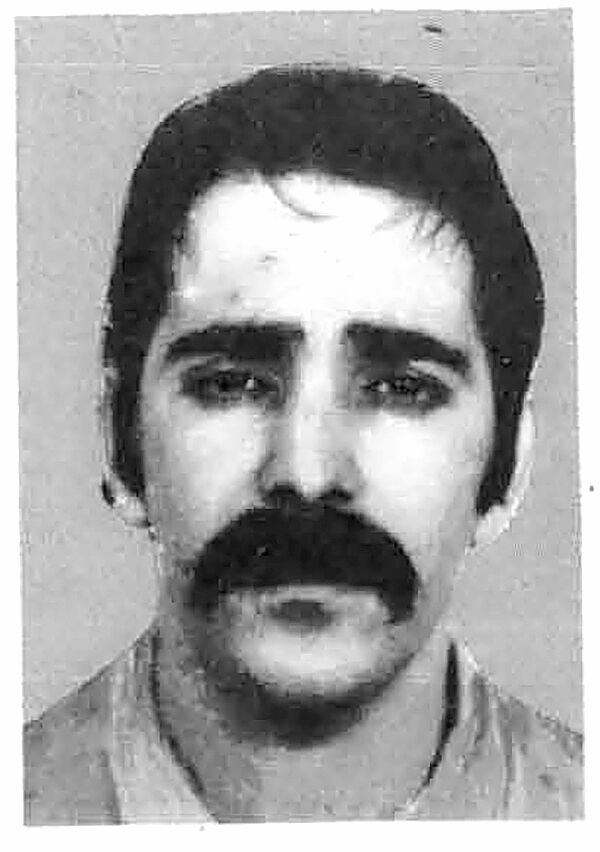 ESPAÑOLA — The man some knew as Ramon Montoya lived on a quiet, narrow street near the northern city limits of Española, a part of town the locals know as Ranchitos.

It’s the kind of place where it might be tough to go unnoticed.

But somehow, Montoya — a man the FBI says is actually 77-year-old Lawrence Pusateri, accused of shooting a Denver police officer in 1971, escaping from prison in 1974 and spending the next four-plus decades in virtually anonymity in Northern New Mexico — found a way to keep his past, and perhaps his true identity, from being revealed.

In many ways, it’s a story worthy of a screenplay, for the saga of how Lawrence Pusateri became Luis Archuleta and then Ramon Montoya appears to be a study in how to hide in plain sight.

But in the aftermath of the revelation, Montoya’s neighbors in the Ranchitos area had nothing to say about the man accused of being wanted by law enforcement authorities since he escaped custody in 1974.

Most in the neighborhood said they didn’t know a Ramon Montoya. A man who worked at a mechanic’s shop across the street had no idea who he was. Another neighbor down the road said he’d seen Montoya around but never thought anything about him.

Two women sitting on the porch of a home Pusateri occupied with a woman named Esther Chacon politely declined to comment, as did Chacon herself.

Other neighbors yelled at a reporter, demanding privacy for Chacon.

But Pusateri’s secrets, at least some of them, were revealed in an affidavit that outlines how a man who at various times was known as Pusateri, Archuleta and Montoya was found and arrested by FBI agents and Española police Wednesday.

According to the FBI affidavit, investigators, acting on a tip from the former Denver police officer wounded in the 1971 shooting, interviewed the ex-wife of Pusateri in late June, showing her a “Wanted by the FBI” poster, circa 1978. Initially, Darlene Montoya said she did not recognize the man in the poster, but she later said it was her ex-husband — a man she met nearly 40 years ago and divorced four years after they were married in the 1970s.

Darlene Montoya told investigators she “did not immediately identify her ex-husband because she was scared at first,” according the affidavit, which stated the couple divorced because he was “mean and violent.”

On the same day, investigators interviewed the Montoyas’ son, who told them their father lived in a house in Española and had disclosed about five or six years ago that he was wanted by authorities “and held the record for being on the run longer than anyone,” according to the affidavit.

The son said his father had told him his real last name was Pusateri and said he had shot a police officer, the affidavit says.

It was that officer, Daril Cinquanta, whose quest to bring Pusateri back into custody led authorities to Española. After Wednesday’s arrest, Cinquanta told The New Mexican he had never given up trying to find Pusateri, though he recovered from his wound and had a long career with the Denver Police Department before running a private investigation agency.

“I don’t know of anybody who has tracked anyone for 46 years and caught him,” Cinquanta said Wednesday.

Cinquanta said he finally hit pay dirt in his long quest when he received a phone call that alerted him to his alleged attacker’s whereabouts. He then contacted the FBI’s Albuquerque Division, giving agents the address for Pusateri, according to the affidavit.

Cinquanta told agents Pusateri “would likely hide [in] his house and not come to the door if anyone knocked,” the affidavit stated.

Cinquanta told the newspaper Pusateri, under the Montoya alias, had been arrested in 2011 on a drunken-driving charge. According to court records, he pleaded not guilty to one count each of aggravated DWI and failure to maintain his lane in traffic. The case was dismissed about six months later when the arresting officer failed to appear in court.

Pusateri, convicted in 1970 in California on charges of burglary and possession of narcotics, escaped from a corrections camp in May 1971. He was in Denver on Oct. 2, 1971, when Cinquanta approached him to conduct an identification check. As the officer attempted to examine the man who identified himself as Luis Archuleta for weapons in the back of the car, Archuleta pulled a long-barreled, .38-caliber revolver from his waistband, according to the affidavit.

In the struggle that ensued, Cinquanta was shot and suffered injuries to his liver and right lung. He survived and went on to become one of the better-known cops in Denver, but he and another officer were charged in 1989 with 17 felony counts, including perjury, false reporting and tampering with physical evidence in an attempt to entrap habitual criminals. According to the Denver Post, he pleaded guilty to two misdemeanor counts of first-degree official misconduct.

In December 1971, Pusateri, living as Luis Archuleta, was arrested in Mexico on drug-trafficking charges. Upon learning of his U.S. warrants, authorities sent him back to the U.S., and he was returned to Colorado to face charges in the Cinquanta shooting, according to the affidavit. He was found guilty of assault on a police officer with a deadly weapon, sentenced to 9½ to 14 years in prison and transferred to the Colorado State Penitentiary in Cañon City, Colo.

On Aug. 15, 1974, Pusateri was transported with four other inmates to the Colorado State Hospital in Pueblo. According to the affidavit, he was given permission to use the restroom but never returned. When a correctional officer went to investigate, he found the prisoner pointing a .38-caliber revolver at him, according to the affidavit.

Pusateri and another prisoner escaped the hospital, got into a brown car and fled, according to the affidavit. The other prisoner was apprehended later that year.

Lawrence Pusateri, aka Luis Archuleta, aka Ramon Montoya, was never found — until Wednesday.

bet there are many more in NM, especially northern, also check the roundhouse many there

Those wiley -and overpaid- Feds always get the bad guy.

Except, their own at Dallas in 1963, Ruby Ridge and Waco.

Never ever trust an agency whose "Father" was a man who wore a dress - and ruthlessly persecuted men who wore dresses.

Only, in "America", but Almighty GOD sees Everything.

Justice, true Justice, shall be surprising and especially severe for the entire criminal agency.